The other day we were down by Lake Michigan for a meeting, so we stopped and grabbed a few caches on the way home.  This one was in an alley behind a cachers house.  You had to read the cache page to figure out the combination to open the lock... 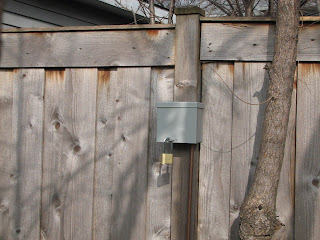 We were right on the lake front for another cache.  We were this close to grabbing it, but 2 women and their dogs were standing not 10 feet away and refused to leave.  We walked around and took a couple of pictures while we waited for them to leave, but apparently they had no intention of leaving for quite awhile.  Darn,  another missed cache! 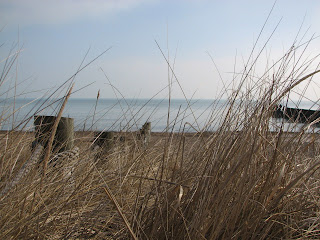 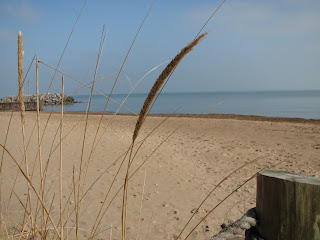 That's all folks!
Posted by Kim@Snug Harbor at 1:47 AM