Taking the Metra to Chicago - Part 1

I swear I have spent more time in downtown Chicago in the past 6 months than I have in the past 10 years.  It seems like we've been running down there every week for something.  Chablis had to go there again yesterday for a quick meeting, and fortunately this time, she could take the Metra.  Since it was going to be a nice day, I told her I'd take the ride with her.

Chablis had to be downtown at 9:00 am, so we jumped on the Metra at 7:40 and we arrived in Chicago at 8:15. That was a lot better than the hour and 35 minute nightmare of a drive the other morning!   We still had to walk about 7 blocks so we joined the throng of people headed east.  It was pretty crowded walking across the bridge and down Madison Avenue... 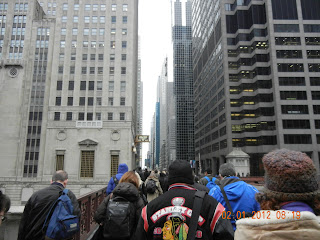 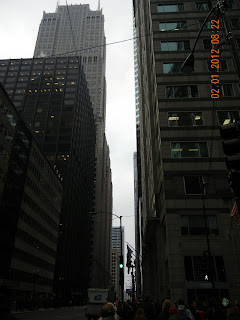 This is a shot of the El downtown.  Here it's elevated up in the air and goes over the streets.  If you've ever seen a movie filmed in Chicago and seen the Elevated trains, this is what you're seeing.... 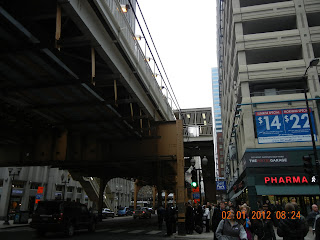 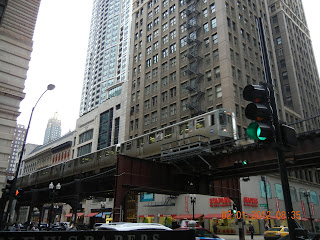 We cut down State Street, which was surprisingly empty.  If you look thru the Subway sign, you can see the world famous Marshall Fields Green Clock that is mounted on the side of the building. 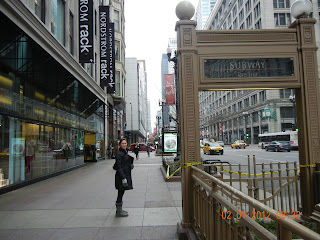 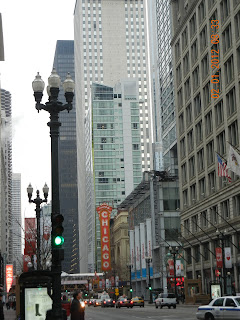 While Chablis went to her meeting, I walked down to Michigan Ave. and saw a cow.  How many times can you say that? 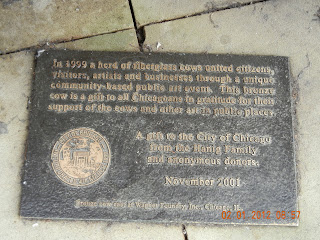 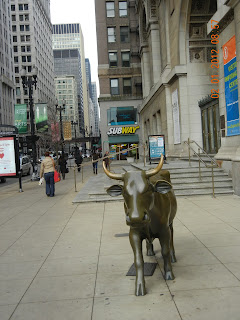 After that I walked back down to Marshall Fields, oh excuse me, Macy's....  FYI - Marshall Fields had been a Chicago institution for over 150 years, until Macy's bought them out in 2005 and now it's known as Macy's.  When I was a kid, my grandma used to take me downtown to Marshall Fields every year for my birthday.  We'd take the El downtown and she knew where everything was at downtown.  We would stroll up and down State Street and look in all the shop windows.  We'd start at the lower level of Marshall Fields and slowly cover every inch of that store, floor by floor.  We would ride up and down the grand escalators and I got to pick out an outfit, a book and a toy of some sort as my birthday gifts.  Then we would eat lunch in the elegant  Walnut Room  dining room.  It was fancy, as in dark wood paneled walls, hushed voices, clinking silverware and crisp white tablecloths and I always wore a dress and white gloves fancy.  It was beautiful and elegant and I usually ordered a hot dog.   But I did sit like a little lady with my ankles crossed and carefully folded my gloves next to my plate while I ate my hot dog.  Spending that day downtown with grandma was the highlight of my year.  I have such fond memories of that huge store.  I'm still having a hard time thinking of it as Macy's, as are a lot of Chicagoan's.  Oh well, time does march on.  Sob..... 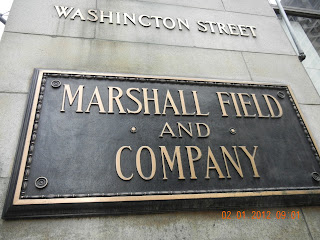 Chablis was out of her meeting in 15 minutes, and as we headed back to the Metra Station we passed the Picasso in front of the Daley Center. 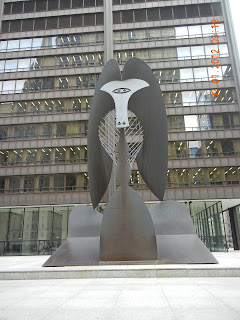 Across the street is the Chicago Temple Building, which is the tallest church building in the world. 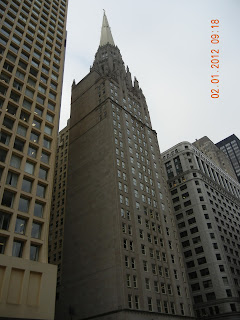 There is a tiny courtyard there with the most beautiful stained glass windows that depict different historic Chicago events at that location.... 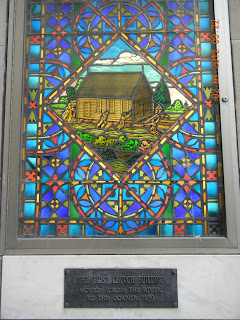 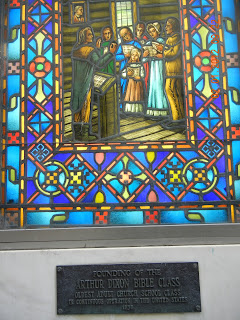 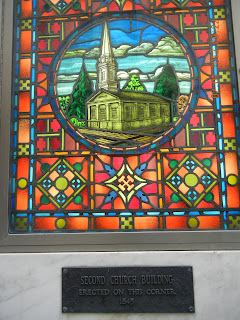 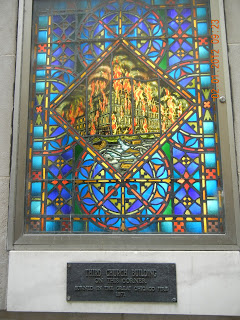 Then we went past the Lyric Opera House and crossed over the canal again.... 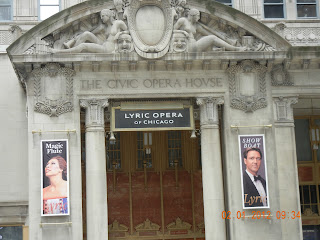 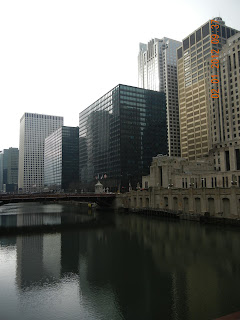 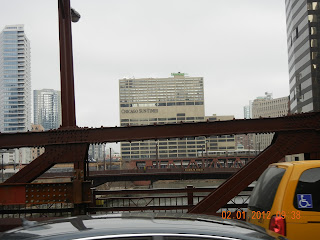 There's the bridge we crossed over earlier in the morning... 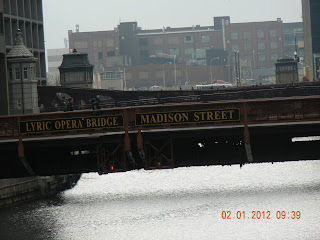 And we were soon back at Ogilvie Transportation Center to catch the Metra back home.  If you notice the time stamps on the pictures, you can see how quickly we did all that. 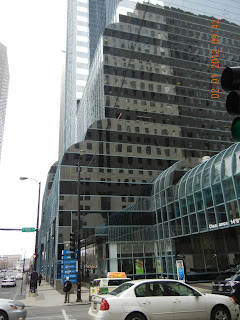 Chicago has 2 different train systems - The Metra and the El.  The 2 train systems are slightly different.  Taken from the Metra homepage: Metra is the commuter rail agency serving Cook, DuPage, Will, Lake, Kane and McHenry counties in the Chicago area. It is the sister agency to the Chicago Transit Authority, which provides mass transit rail (the L) and bus service to Chicago and some suburbs, and Pace, which provides bus service primarily in the suburbs.

The El system, according to their page:  is the rapid transit system serving the city of Chicago and some of its surrounding suburbs. It is operated by the Chicago Transit Authority (CTA). It is the second longest rapid transit system in total track mileage in the United States, after the New York City Subway.


Come back tomorrow for the rest of the post.  This one is getting a little long winded!