When we were geocaching in Racine, Wisconsin we stopped at the Sylvania Cemetery to find a geocache called WSQ Helmont Kellogg which was placed in honor of a Revolutionary War Veteran. 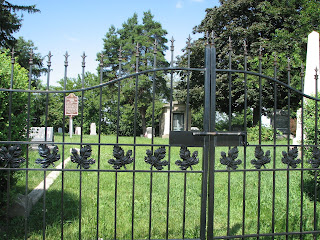 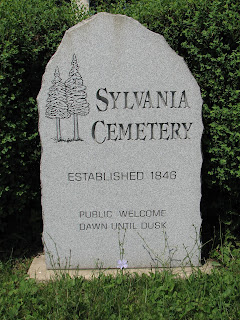 We rarely get to see graves from the Revolutionary War in this area of the country, so I always try to stop if I can find one.  They had a very nice marker describing his service... 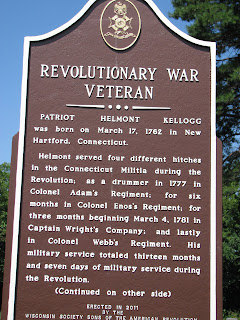 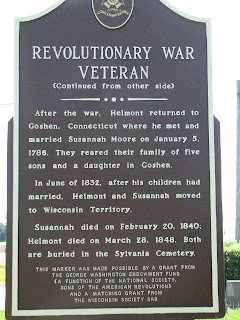 I love that his grave had a beautiful American flag blowing in the breeze next to it. 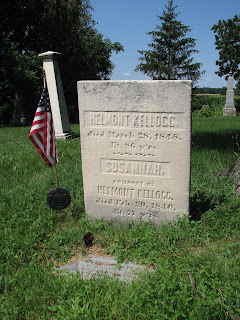 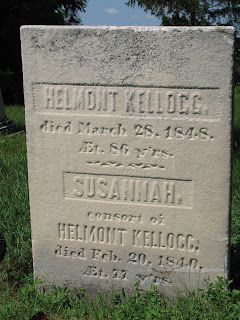 Look at that - Continental Army - how cool is that?? 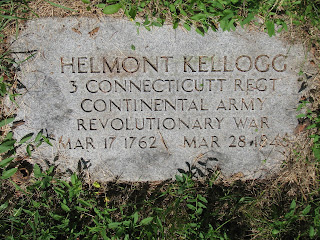 We walked to the rear of the cemetery and quickly found the geocache.  The geocaches are usually hidden away from the graves so they don't disturb anybody or anything. 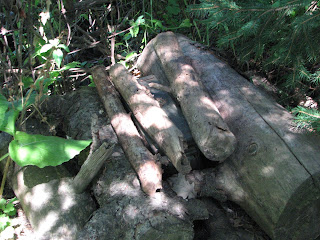 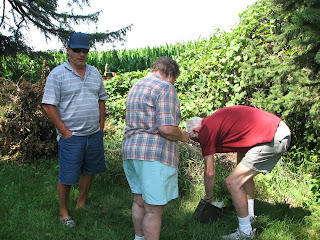 Afterwards we walked around the cemetery some more just to read the old headstones. 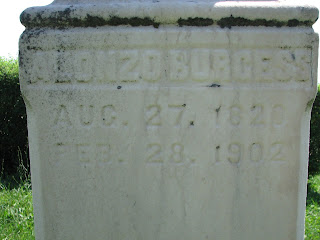 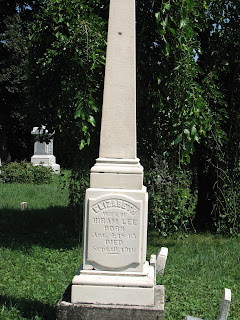 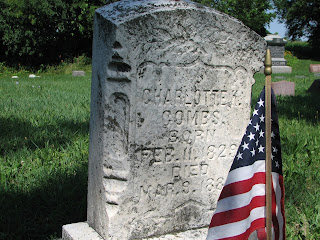 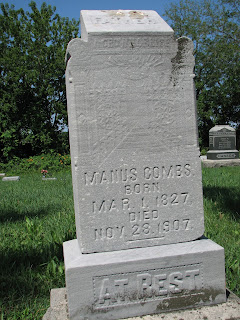 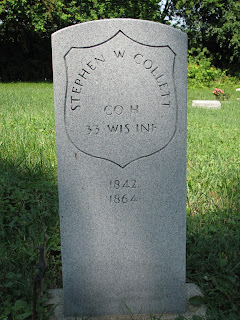 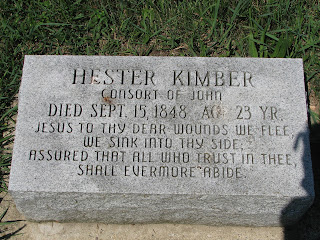 Cemeteries hold a wealth of information about the past and it's fascinating to read about people from long ago.  What's the oldest headstone you've ever seen?
Posted by Kim@Snug Harbor at 12:00 AM