While we were in Kentucky we grabbed a few more caches.  One of the ones I enjoyed was the last of a series that highlighted Kentucky Dam Village.  We had grabbed the other ones back in April and I posted about them here.  This particular cache was called "KDV-Gobbler's Knob."

We had put this last one off for a day when we had a little more time.  We drove to the dam and parked at Pinnacle cemetery, which is a really old cemetery back in the woods.  I like these old cemeteries because a lot of them have Civil War soldiers buried in them. 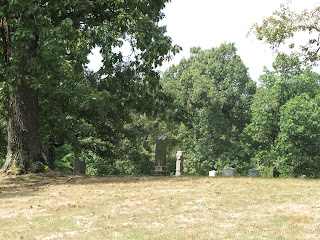 It was almost a mile hike to the cache, but it took us down a nice, wide trail through the woods.  There's been very little rain at the lake this year and all the dirt underfoot is hard packed.  We kicked up pufts of thick dust as we hiked along. 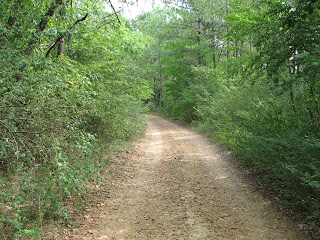 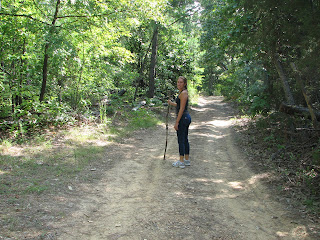 Somebody obviously tried to drive down the road last spring after the rains.  It looks like they had a tough time of it.... 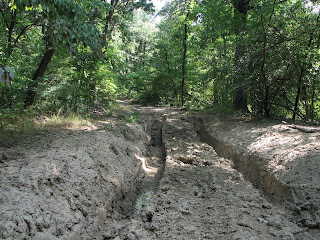 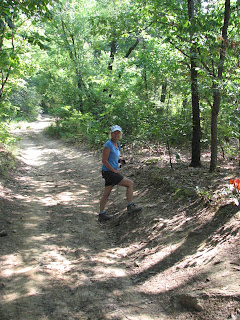 Chablis stayed on higher ground while I climbed down and searched for the cache.  I also realized that we could have taken the pontoon boat there if we had wanted to do that. 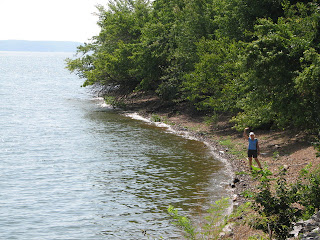 Once I signed the log book, Chablis and I decided to walk out onto the breakwater wall and take some pictures... 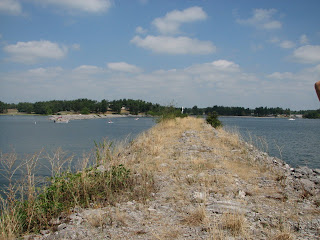 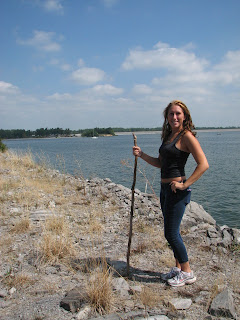 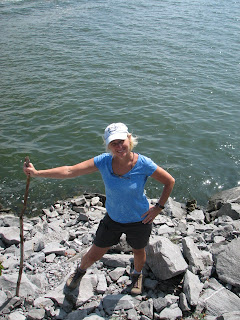 The views of the dam and the lake were really pretty.  It was a crystal clear day and a lot of people were out enjoying the lake.  There was a steady stream of boat traffic in and out of the marina. 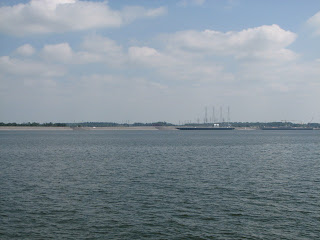 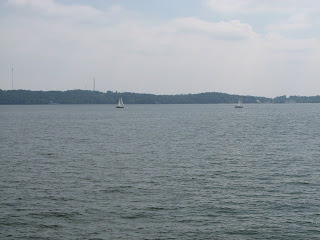 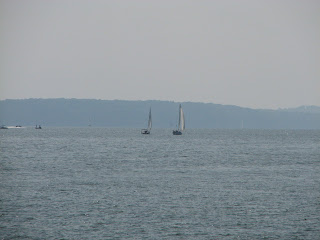 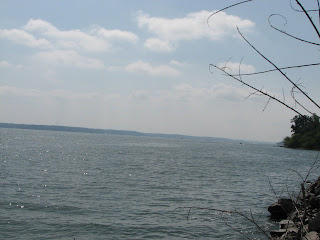 Once out at the end of the wall, we had to take some pictures of ourselves standing underneath the signs.  After all, how many times will we possibly be out there?? 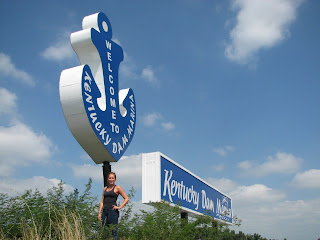 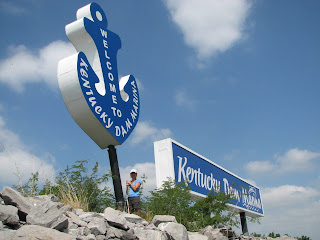 We enjoyed doing this cache because it was a nice size cache container and it was an enjoyable hike to get to it.  Plus it took us to a spot on the lake that we had never been to before - the breakwater wall.