One of the best aspects of geocaching is the historic places it takes us.  We recently made the drive to Joliet, Illinois to do a bunch of caches located at historic spots in that city.  I'll tell you more about some of the other caches in another post, but today I want to focus on Old Joliet Prison, because it was by far my favorite cache of the day and there is just so much to tell you about. 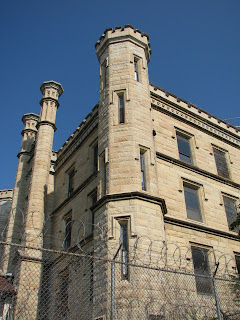 Joliet Prison was built utilizing convict labor, using limestone quarried at the site and was opened in 1858.  It housed prisoners of war during The Civil War, as well as infamous Illinois criminals John Wayne Gacy and Richard Speck.   The prison remained in operation until 2002.  Joliet Prison's main claim to fame though is the fact that it was used in the movie The Blues Brothers, as well as several others.... 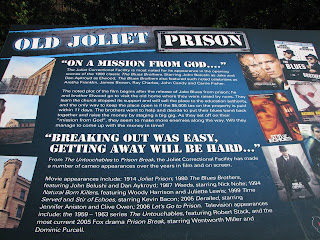 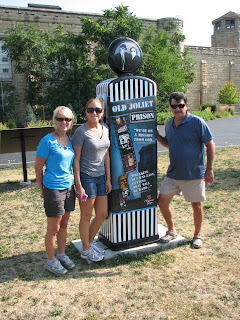 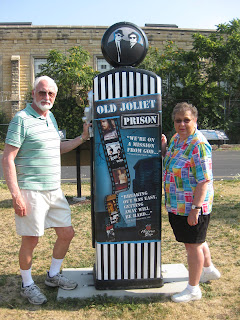 Today the prison is shuttered, run down and falling apart.  It stands at the intersection of Collins and Woodruff.  As you can see, the prison was large and imposing.  The limestone walls were beautiful. 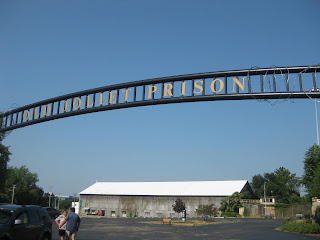 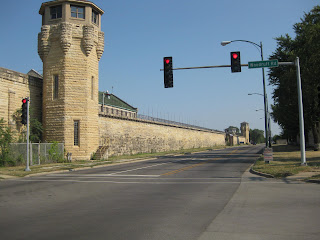 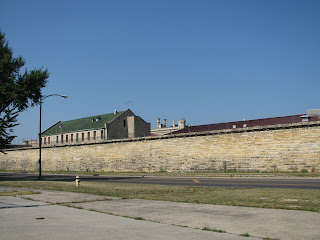 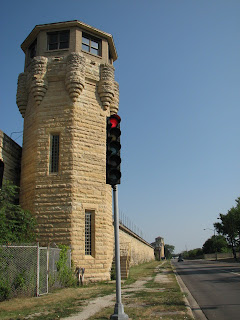 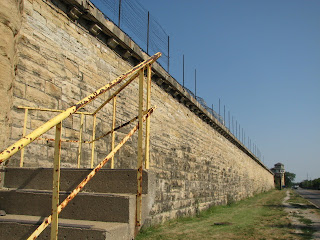 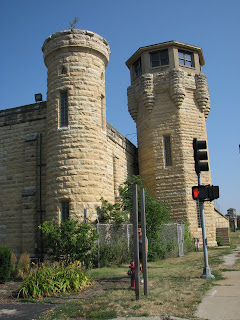 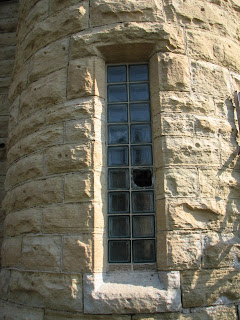 The geocache was hidden in the parking lot and we quickly found it.  Can you spot it? 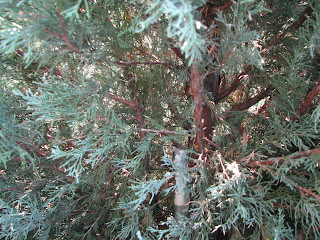 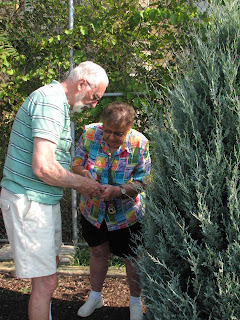 The parking lot of the prison has several information signs staggered about.  I tried to take pictures of them, but they were all a little too high for me to get clear shots of them all.  If you click on them to enlarge them you can read most of them.... 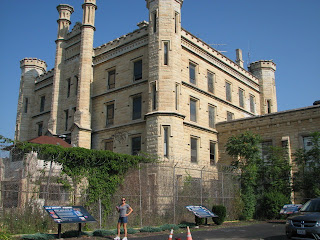 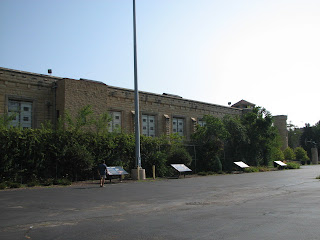 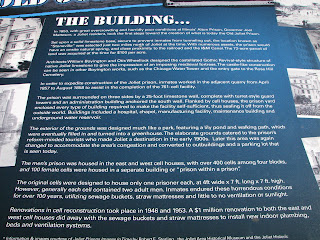 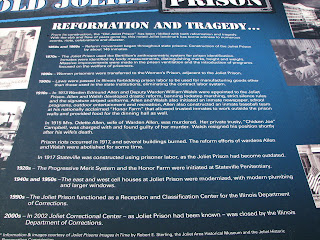 Across the street are more prison buildings.... 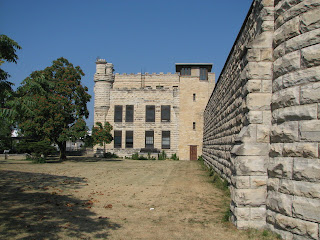 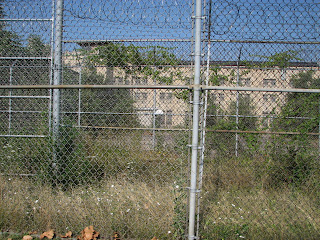 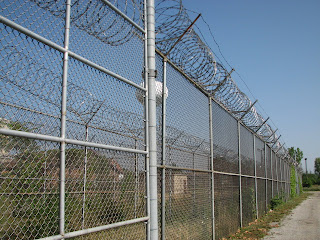 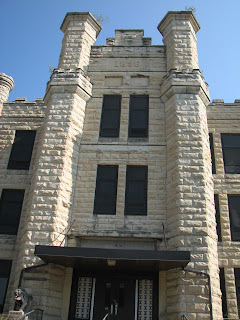 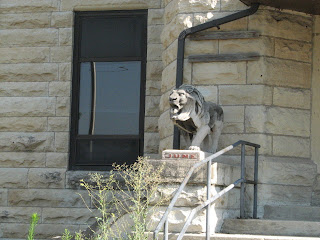 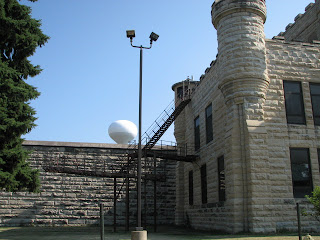 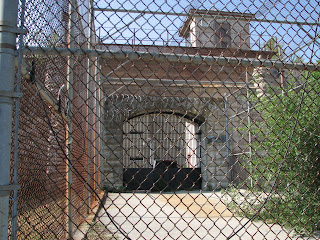 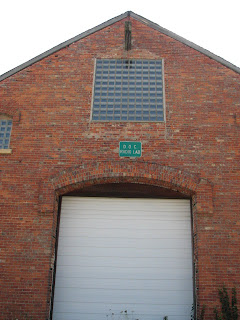 The signage also gives good information about some of the other historic things to see and do in Joliet, such as being along the famous Rt. 66 roadway, old gas pumps and the Rialto Theater... 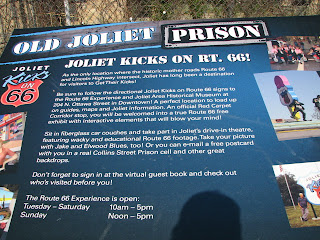 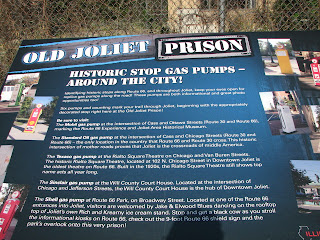 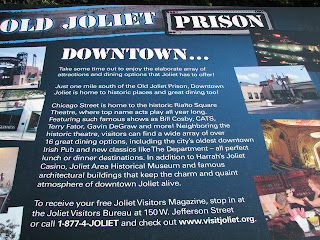 So be sure to come back tomorrow to see what else we discovered on our geocaching trip to Joliet! 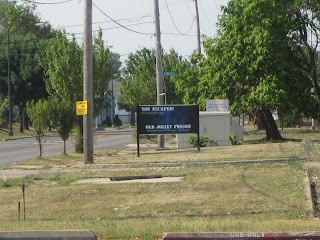 One more thing:  A BIG congrats to my buddy Kevin, aka Bloodhounded!  His CacheCrazy blog has been chosen as "Blog of the Week" at NEPA Blogs.  Check out the video about it here.

For more information on Joliet Prison, you can go here.
If you're not familiar with geocaching, you can read more here.
If you enjoyed this post, please LIKE it on my FB page so I know what people want to read about.  Thanks!
Posted by Kim@Snug Harbor at 1:16 AM