Last weekend we drove to Highland Park, Illinois to hike the trails and find some geocaches placed along the trails at historic Fort Sheridan.  Fort Sheridan was established in 1887 as an army post and named after Philip Sheridan who was a Civil War cavalry general.  Beginning in 1898, Fort Sheridan became a mobilization, training and administrative center.  Many famous officers lived at Fort Sheridan, and among them was George Patton.  Fort Sheridan processed thousands of soldiers who were returning to civilian life, my father being one of those solders in the 1950's.  My husband's family lived in Highland Park and he remembers seeing the barracks and the soldiers when he was a kid. 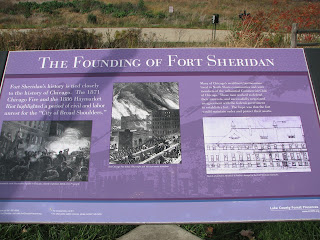 One of the distinguishing features of Fort Sheridan that can be seen for miles is the original water tower.  At one time this water tower was the tallest structure in the Chicago area.  The buildings radiating out from the water tower were the barracks that originally housed soldiers.  Many of the 94 original buildings were built with bricks that were molded and fired on site from clay that had been taken from the nearby lakefront bluffs. 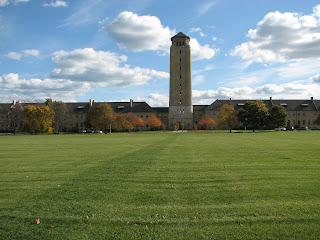 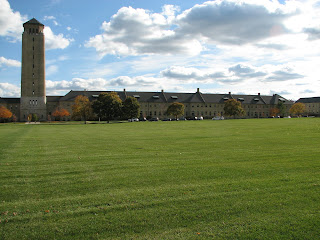 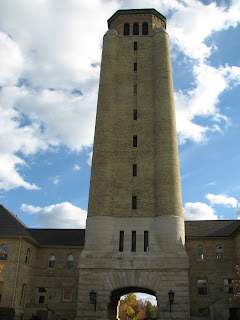 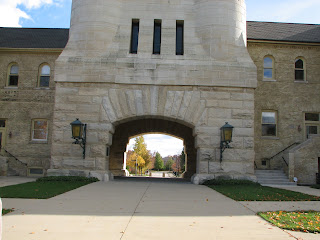 I liked the large, ornate lamp posts.  And they were huge! 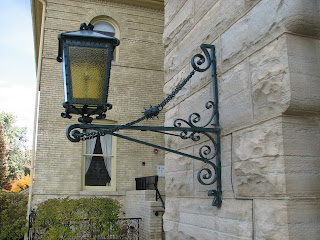 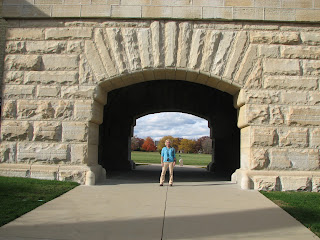 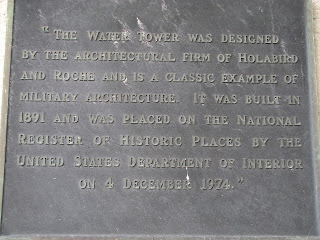 The parade grounds consist of a beautifully manicured expanse of grass in front of the water tower.  It's impossible to walk across the grounds and not imagine the soldiers and the history that existed here... 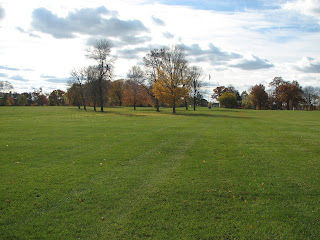 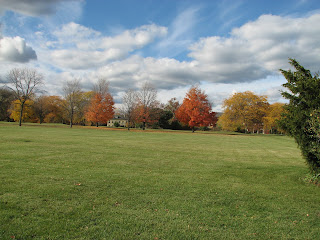 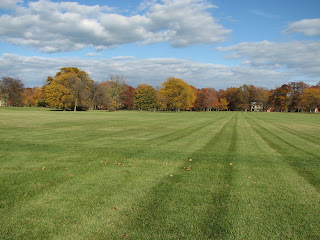 In 1984, 94 buildings sitting on the 110 acre historic district were designated a National Historic Landmark.      Fort Sheridan officially closed as a military operation in 1993, although an Army Reserve base continues to operate on a 90 acre parcel.  Since then local developers have transformed many of the historic buildings into private residences, including the barracks that are attached to the water tower.  The developers have done a wonderful job of preserving the old buildings and have also set aside land for a possible golf course,  installed miles of biking and hiking trails through a Nature Preserve, and placed interactive exhibits along the trails.  We ended up walking about 3 miles of trails in our quest for geocaches, and I'll show you some of that in the next post.  In the meantime..... 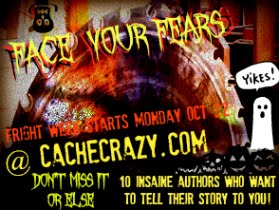 Don't forget to hit the link and time warp over to CacheCrazy for today's Fright Week story titled "3:00 AM."  This one comes with a WARNING of GRAPHIC writing and is NOT for kids or those with weak stomach's.  Proceed at your own risk for today's tale.  You've been warned!!!   One new tale each day from now until Halloween.  See you there. Oh, and I hope you can sleep tonight.  LOL!!!
Posted by Kim@Snug Harbor at 7:38 AM