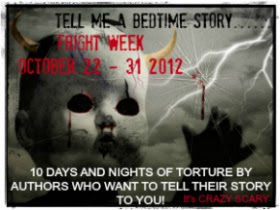 Are you in the mood for Halloween?  Do you like scary stories, tales of the supernatural, freaky deaky stuff?  Well if you do, the folks over at CacheCrazy have some shenanigans in the works in celebration of our haunted holiday.

Bloodhounded, who is our fearless leader over at CacheCrazy, put out the call to our circle of writers that he wanted us to submit stories with a fright theme.  And like all good CacheCrazy writers, we responded!

Starting Monday October 22, we will have stories each day until Halloween.  Some stories are true, some are not, and it will be up to you to determine which is which.  But we won't tell.  Isn't that part of the fun?

At the end of the series, the top 3 posts will get a prize and the number one post will be featured on CacheCrazy at noon on Halloween and receive a special prize.  It's all good fun no matter who wins.  So be sure to head over to CacheCrazy starting October 22nd and join in on the fun.  If you dare..... 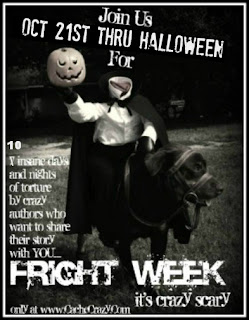