When I was a kid we used to go skating all winter long at the park that was 1/2 a block away from our house.  They would flood and freeze the baseball fields and we would skate for hours.  We played games like "Chickie" which was really tag on ice or or we'd play "Red Rover," but my favorite was "Crack the Whip" where we would send kids sailing into the snow banks.

My mom and dad both loved to skate, so they taught us all at a really early age.  First they would pull us around the ice on a sled, then we got 4 blade skates that strapped onto our boots.  Once we learned our balance we graduated to double bladed skates and then we hoped and prayed for the day we'd get "real" single blade skates.  It was a special Christmas when we opened that box of brand new, shiny white, figure skates.  I got my second pair of figure skates for Christmas when I was 16 and I still have them and use them.    I try to go skating about twice a year, and I always enjoy it when we go.

Last night Chablis and I went ice skating at an outdoor rink.  I was horrified when I dug my skates out of the garage and discovered that the blade on one of them had gotten some rust on it.  Chablis assured me that a friend of hers at the rink would be able to fix it for me next week, but for the moment I had to wear, gasp, rental skates.  I believe that was the first time in my life I've ever gone skating and not used my own skates.

We had polar bears for company..... 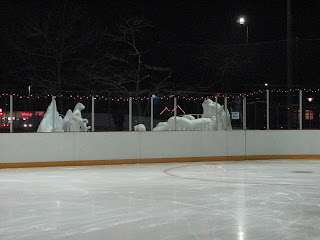 We got there early so we practically had the ice to ourselves.... 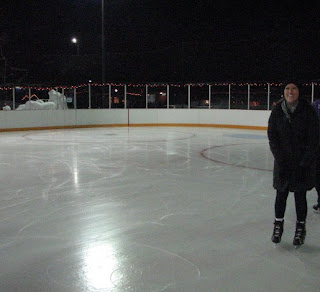 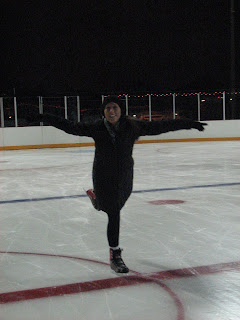 But little does she know that I looked like Dorothy Hamill when I had her haircut back in the late 70's.  This is Dorothy, not me..... 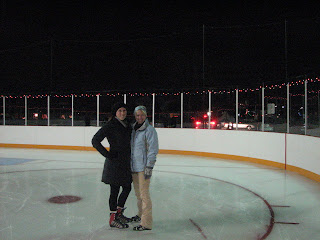 They wouldn't allow us to take the camera on the ice so unfortunately I can't show you my Dorothy Hamill moves as I glided and spun around on the ice.  If I could show you, I would perhaps look like this...

The key word is perhaps...... In my dreams I look like Dorothy Hamill.  Instead, after about half an hour of flawless skating technique where I mostly circled the rink and managed to skate backwards twice, I did a huge face plant, resulting in BOTH skate guards racing over to ask me if I was ok.

Yes, I'm fine - the only thing that got hurt was my pride!  But I am SO going back one night when it's snowing!

(all images from google)
Posted by Kim@Snug Harbor at 1:34 AM