You know, we may not have hit a shelling bonanza this trip, but I did feel we found the jackpot when it came to wildlife.  On Day 5 we decided to try Blind Pass again, this time opting for the Captiva side.  There was a small shell pile near the rocks, so I sat down and started sifting through it, hoping to find some winners.  10 minutes later, a guy who was standing and fishing off the rocks shouted over that 2 manatees had come by. 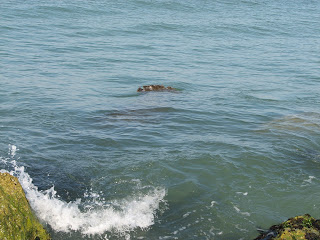 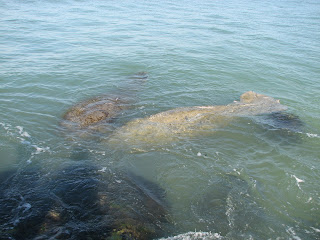 It was such a thrill to see them so close.  Except for a sighting a couple of years ago on Cayo Costa, this was the nearest I'd ever gotten to one.  I could have sat and watched them swim and feed all day. 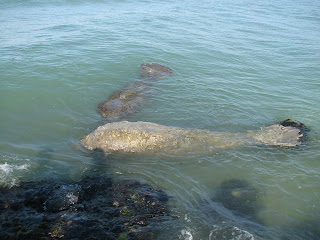 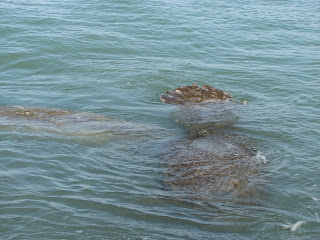 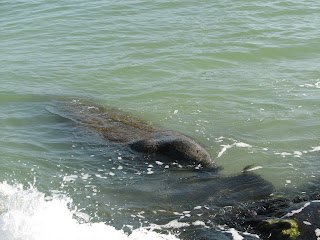 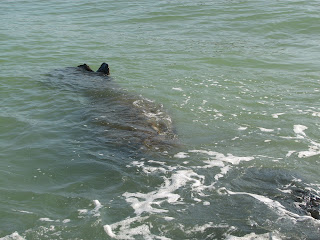 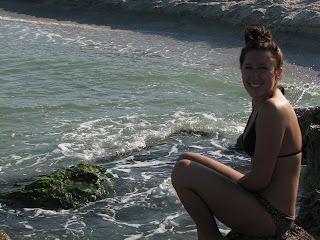 In this shot, one was laying with his snout on the back of the other one.  It was so cute! 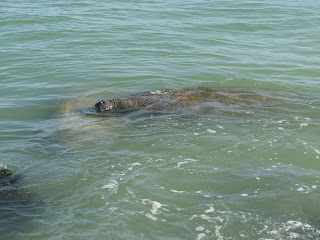 After they left, I went back to my non-producing shell pile and this guy came by.  He just sat there for the longest time and posed, letting me snap picture after picture of him.... 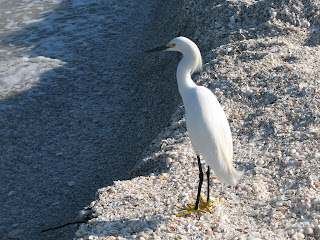 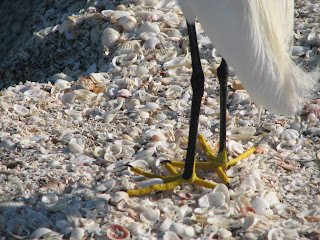 Chablis trying to get into my shot.... 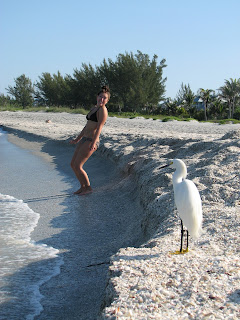 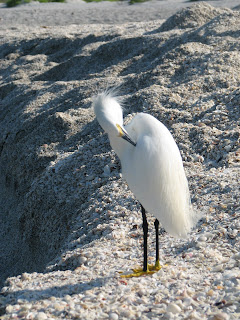 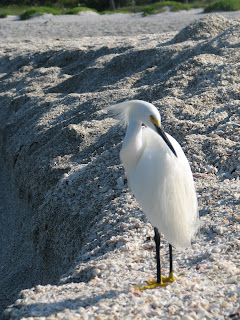 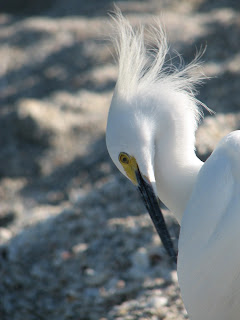 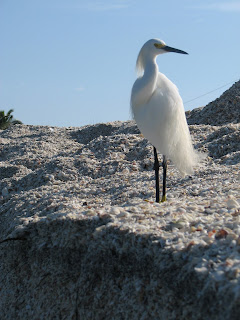 I'm always reading other people's blogs where they talk about how they dug in the shell piles and found tons of great shells.  Or how the shells were just rolling up to their feet.  We were having none  of that.  I found about 6 small shells of interest and I'll tell ya, I was getting pretty discouraged shell wise.  We packed up our stuff around noon and headed down to Lighthouse Beach, hoping for one last shot at the good shells since it was almost low tide. 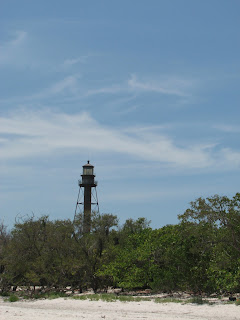 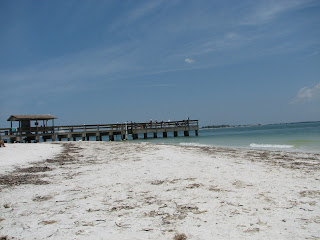 We were greeted with a nice low tide, but no shells.  I picked up one small tulip and then found this beautiful, live starfish.  Somebody educate me please....  I've read and heard many times about the no live shelling rule.  Does that apply to starfish as well?  While we were standing there taking pictures of it, a woman came up to us and said she wanted the starfish to take home.  I told her no, because you can't take live creatures home.  She stood and argued with me, insisting that I give it to her to take home for her fish tank.  She was practically stamping her foot, she was so mad at me.  Frankly, her manner pissed me off and I told her there was no way in hell I was giving her that starfish.  I told Chablis to take it out to deep water and cover it with sand, which she did.  So, what's the rule?  Could the woman have legally taken that starfish? 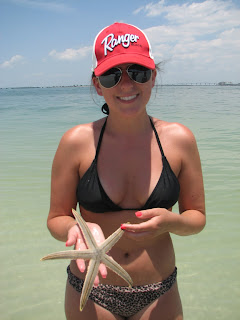 We did see a bunch of dolphins swimming and playing near shore... 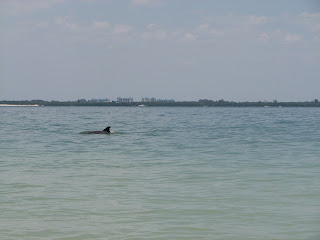 But the one thing we didn't see were any keeper shells... 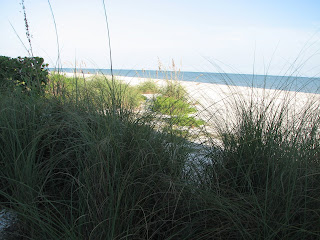 For dinner our final night Chablis chose The Fish House one more time.  She ordered the shrimp and scallop alfredo again and I ordered a basket of fried lobster chunks, which was very good.  They redeemed themselves from the other night, so I can now recommend them and we will definitely go back there again. 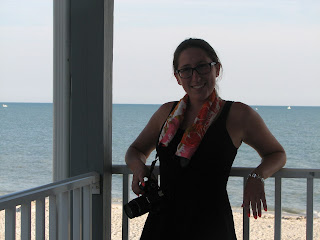 Come back tomorrow to hear about The Edison Museum.  Happy Memorial Day and remember those who have served our country!﻿
Posted by Kim@Snug Harbor at 12:00 AM