One of Louie's passions is bass fishing and he likes to fish many of the tournament tours on Kentucky Lake.  He does pretty well and finishes in the money from time to time.  Two weeks ago he fished in the American Bass Anglers Weekend Series and came in fifth place..... 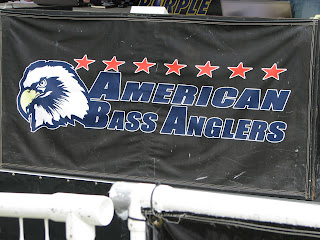 We decided to ride over for the weigh in and there were quite a few people there.  The day had started out cold and rainy.  By weigh in time the rain had stopped, but it was still quite chilly out. 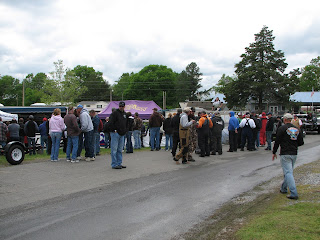 This is our buddy Charlie.  He was all smug and posing for the camera cuz he thought he had more weight in fish than Louie.  Guess again Charlie! 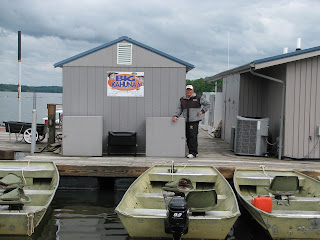 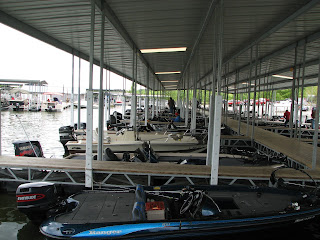 Louie and his co-angler Ben getting their fish out of the live wells.... 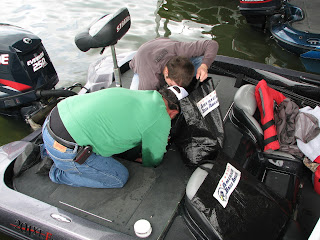 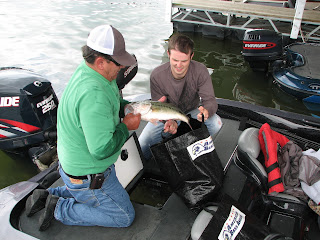 Standing in line for weigh in.  The fish are kept in water so they don't die.  After they are weighed they are placed in a holding tank and then released back into the lake. 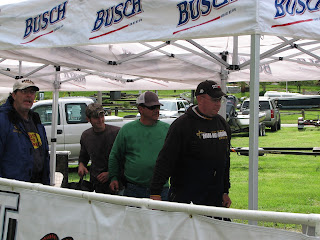 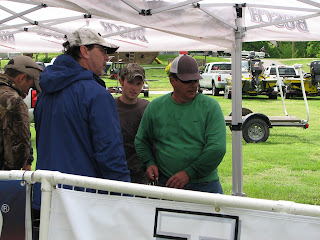 Here's Louie smirking because he just found out his 5 fish weighed more than Charlie's 5 fish did.  LOL!  They have a running bet each tournament on who gets the most weight. 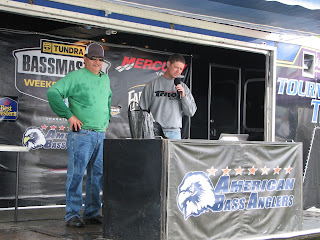 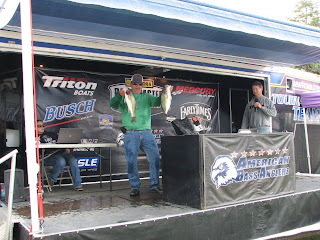 The tournament allows a total of 5 bass per angler.  The person with the most total weight in fish wins the tournament.  The winner of this tournament was David Gnewikow with 5 fish weighing 26 lbs. and for that he received a check for $ 2890.00.   Louie ended up getting 5 fish that weighed 21.29 lbs.   He was happy with his 5th place finish and pleased to get a check. 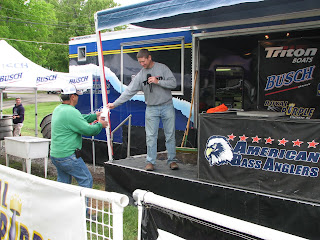 I don't remember what Charlie's total weight was, but it was enough that he received a check too.  Way to go Charlie!  There's a lot of friendly competition going on out there between Louie and Charlie.  I think it keeps both of them on their toes. 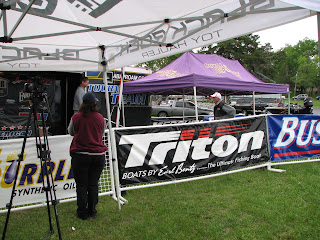 Ok Louie, here's to finishing a little higher up in the next one and to beating Charlie again!
Posted by Kim@Snug Harbor at 12:00 AM