Easter weekend found us searching for a few geocaches around the lake.  On Friday we found 6 of them.

This was the first one we did.  I totally expected the cache to be hidden in the toilet, but it wasn't..... 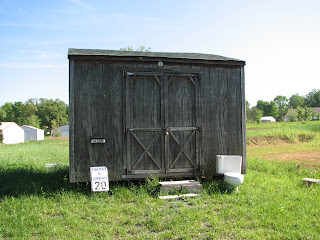 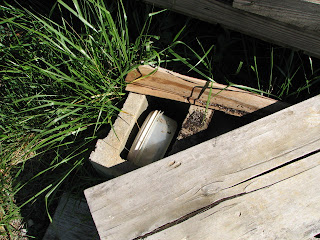 How's this one for a large cache?  This one was hidden down a trail by one of the marinas. 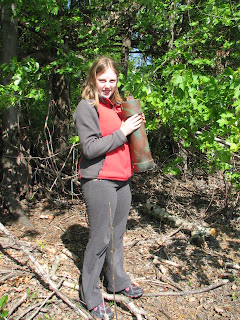 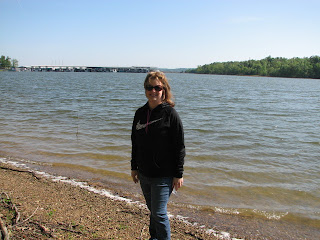 The beach by the dam was empty that day.  And cold and breezy.  But we still managed to find the cache, which was hanging over a ledge. 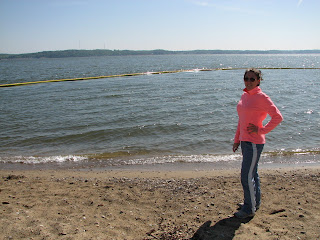 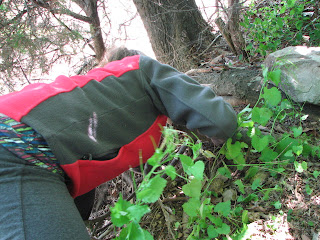 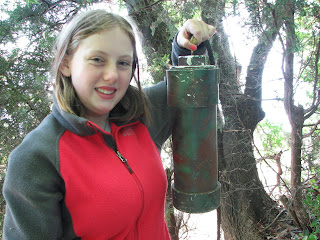 We went for a walk to check out a nearby bridge.  Along the way, I found a brand new lure that some poor fisherman lost.  I bet he was mad too! 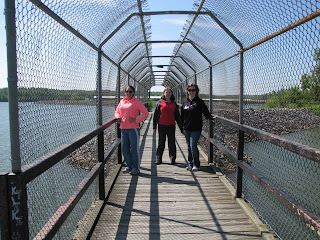 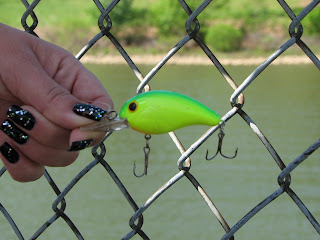 They finally opened the old road across the top of the dam.  It's been re-done and it's beautiful, with driving and bicycle lanes.  There are 2 different locations where you can pull over, get out and enjoy the view.  And guess what?  There's a new geocache hidden there, which we found, of course! 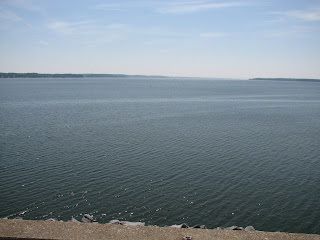 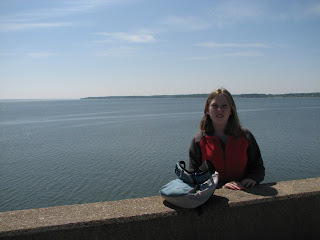 Another cache was hidden in the woods near a small airport.  I'd never been to this airport, so it was nice to drive down and at least see where it was.  It's for small private planes, it's not a commercial airport. 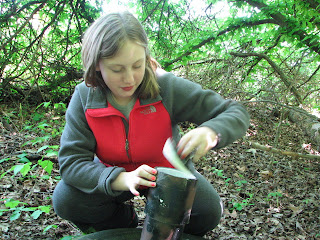 The last cache that we found was a park and grab, so I didn't bother taking a picture.  We attempted another cache at a park and had to DNF it.  We'll probably go back another time and try for it again.
Posted by Kim@Snug Harbor at 1:08 AM