Sanibel and the Friends we Met

On my recent trip to Sanibel Island with Traci and Moira, we had the opportunity to meet up with several of my blogging friends.  It's always fun to get a chance to visit or do a little shelling together. 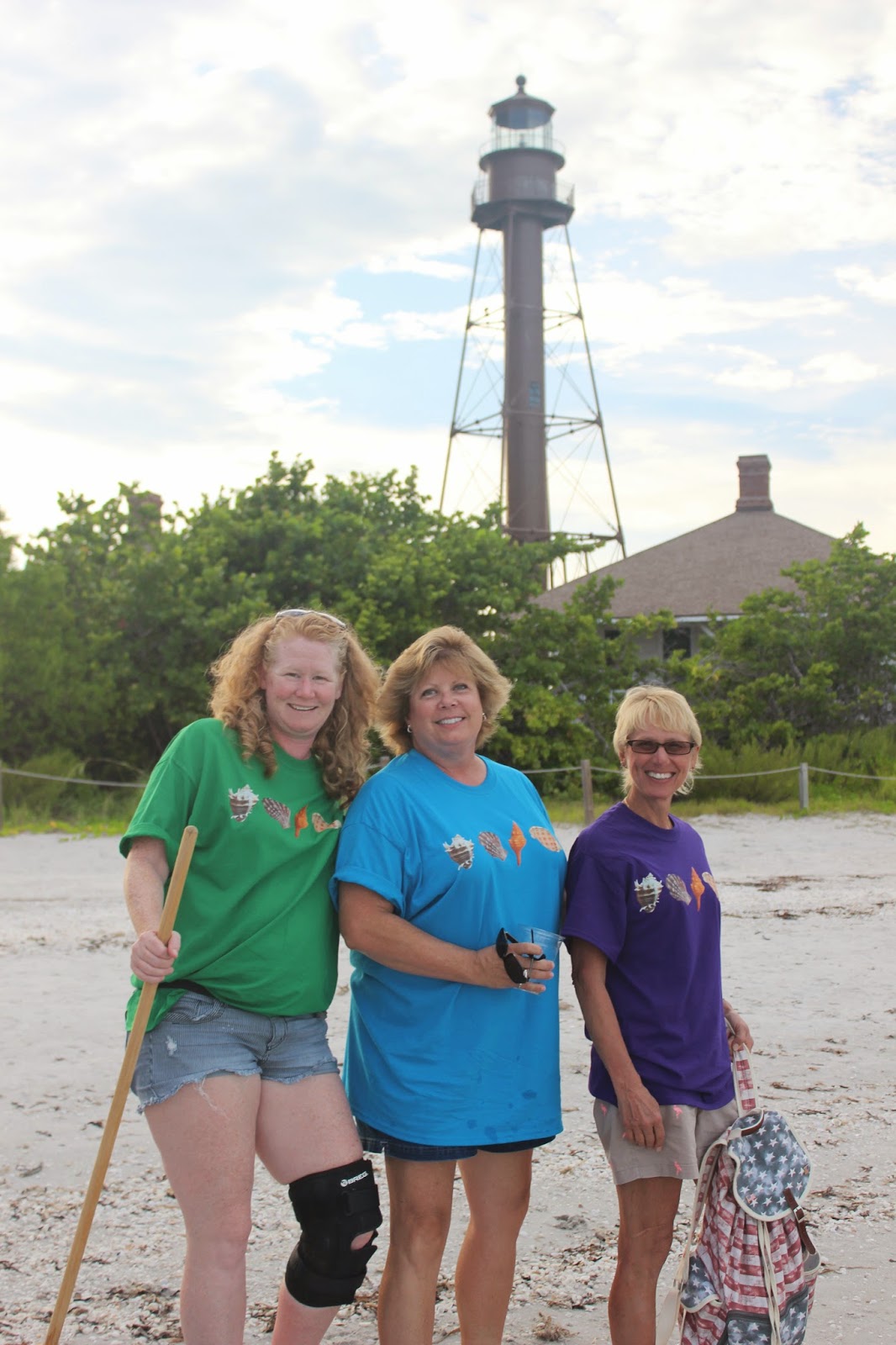 The first person we ran into was Pam from over at iloveshelling.  I know that a lot of you are familiar with Pam and her husband Clark.  We were having dinner at The Fish House one night and who should walk in through the door but Pam.  Traci has been out with Pam on one of her shellabration excursions and we were all excited to get to sit and chat with her about Sanibel and Cayo Costa.... 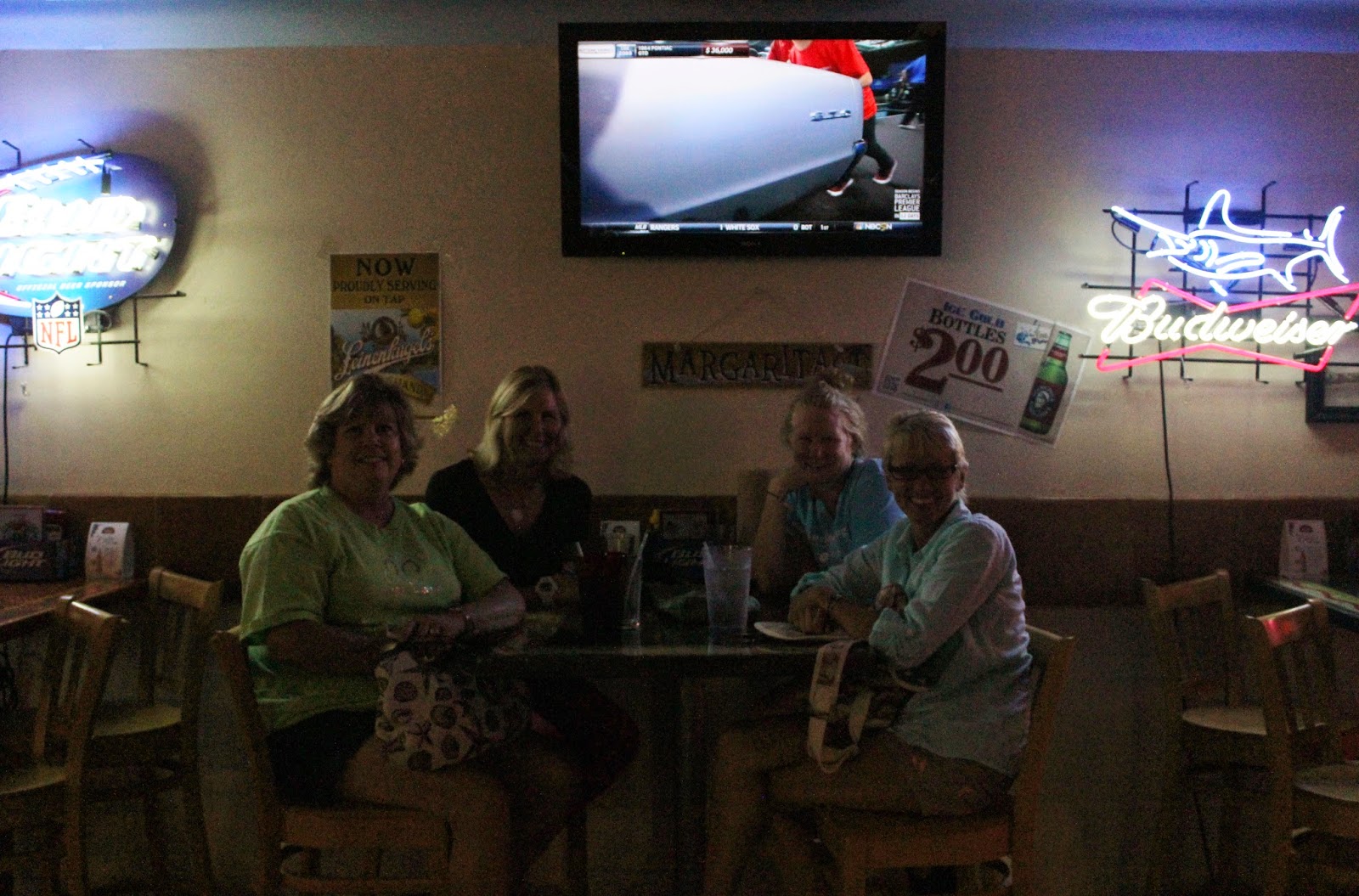 Next up was Becky and Tobias from over at The Shell King.  They are quickly becoming dear friends to me and when they joined us for dinner at The Island Cow, the 5 of us barely stopped talking long enough to eat.  I have never met 2 people who are more enthusiastic about shelling and sharing their passion.  They entertained us with tales about the Florida festivals they attend and their love of Key West.  If you're not already following their blog, I highly suggest you do so. 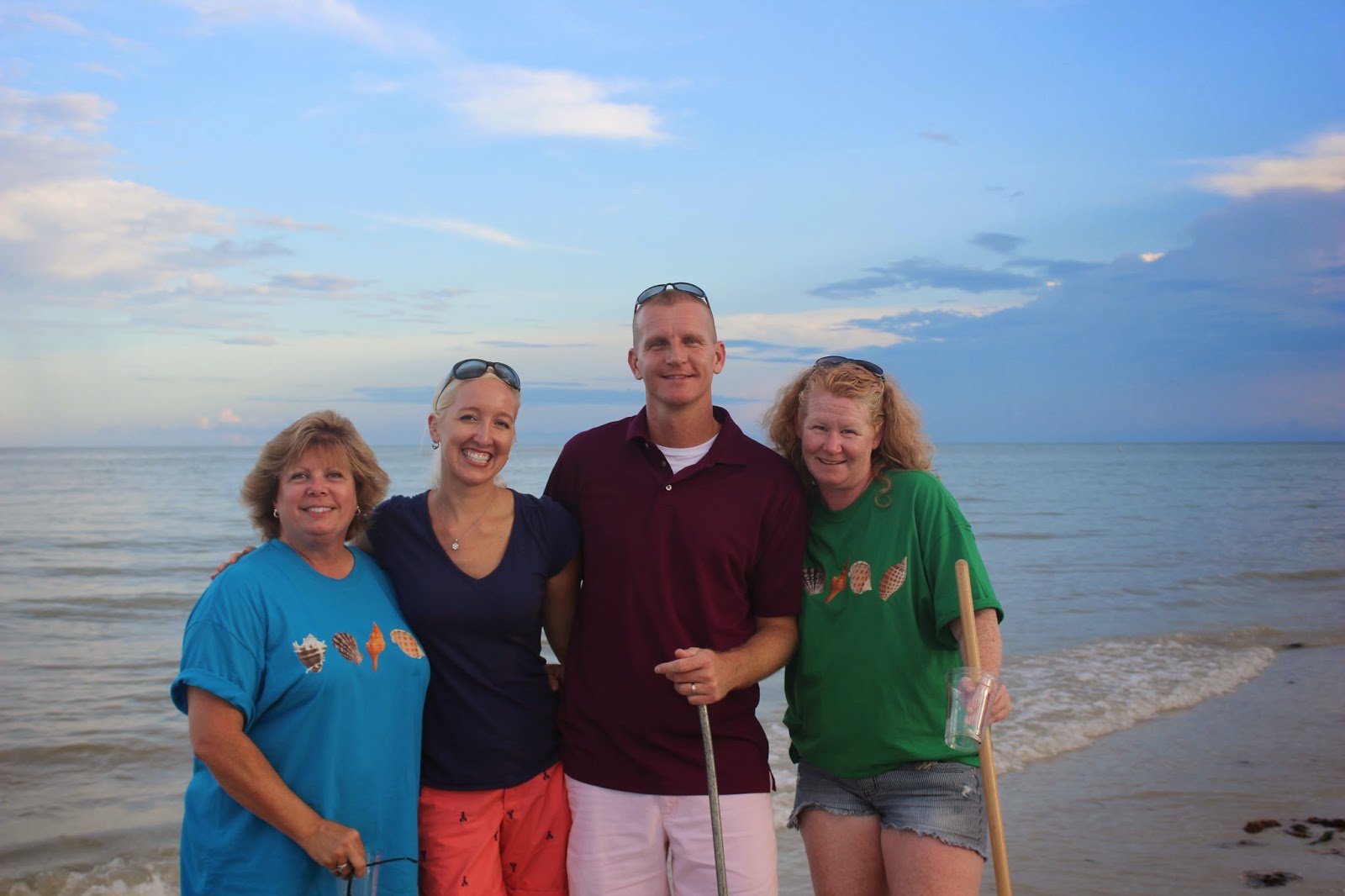 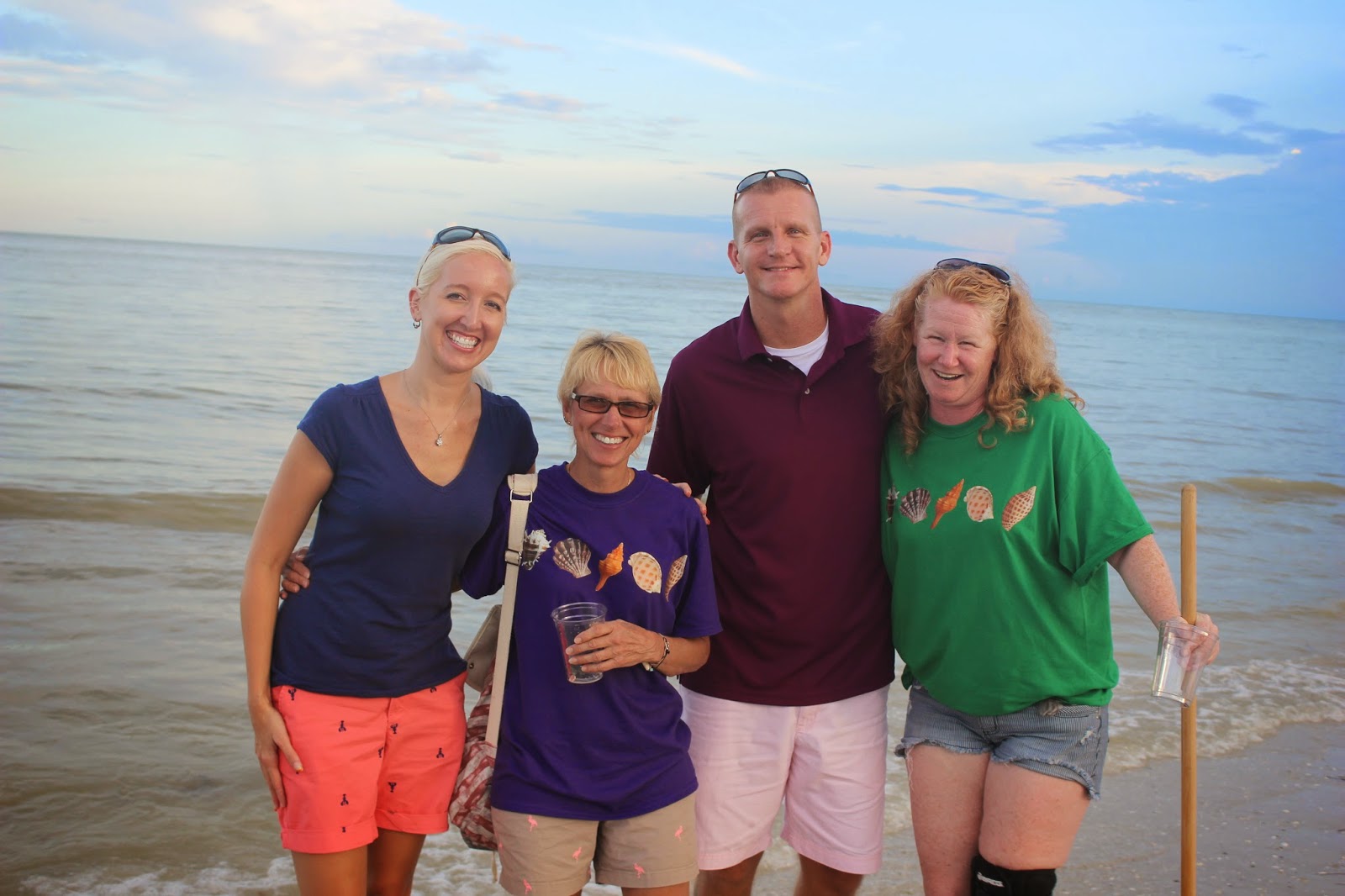 After dinner we decided to stretch our legs with a walk along the beach.  Unfortunately the no-see-ums were brutal again and we had to cut our walk short.  But since it had been raining earlier, we were treated to a beautiful rainbow.  It doesn't get much better than that! 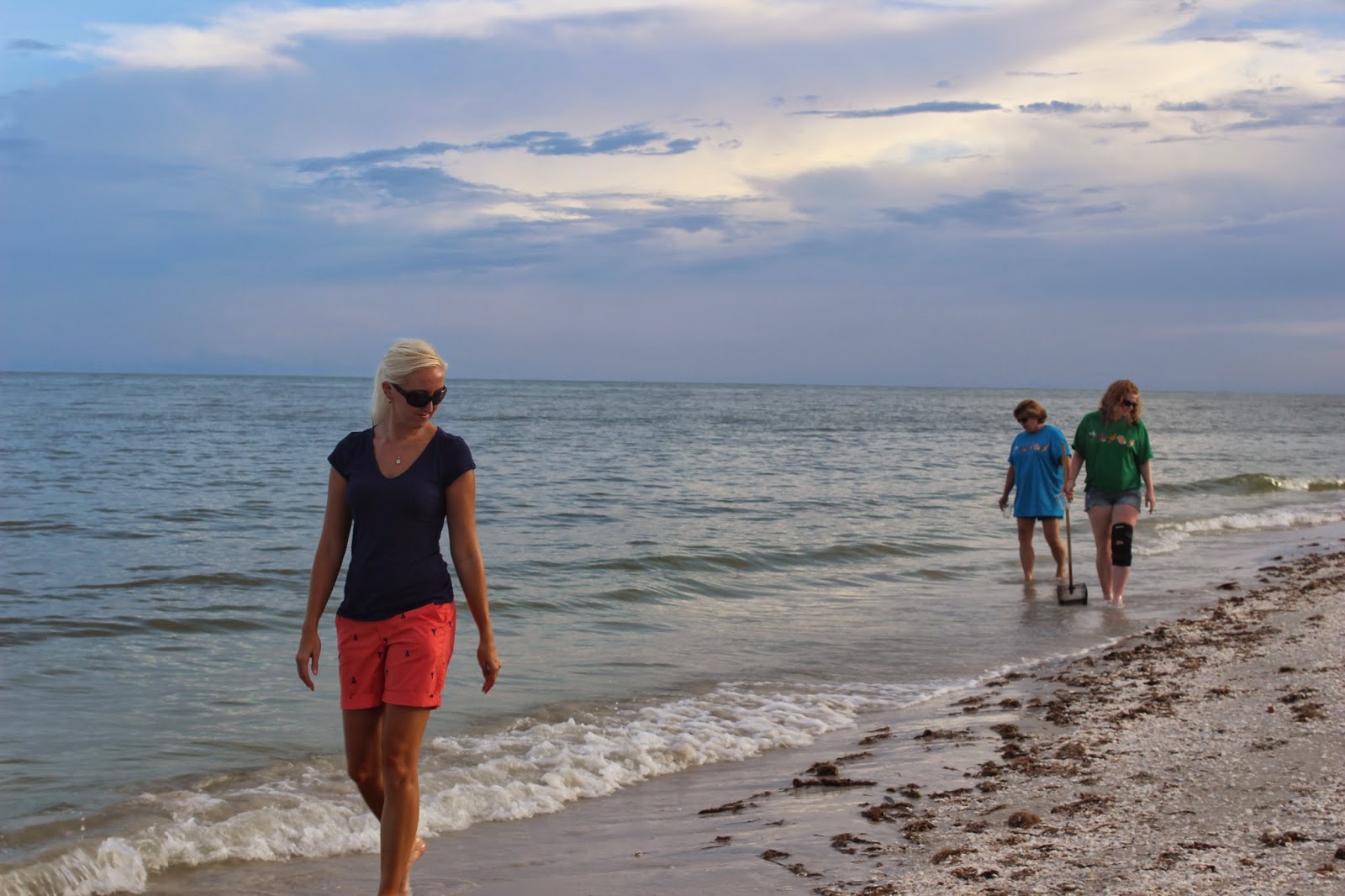 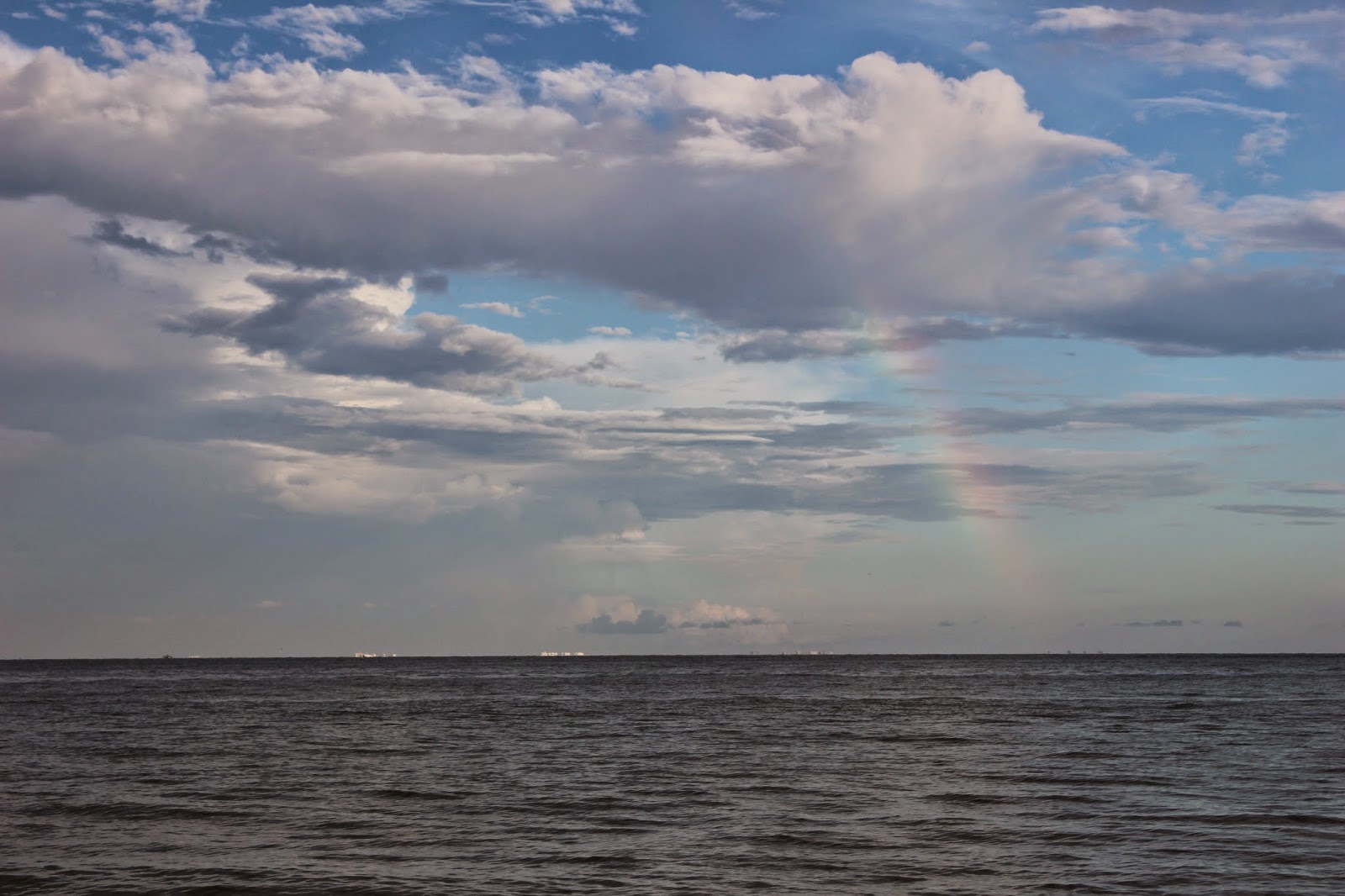 And finally, we had the chance to go exploring one morning with Capt. Brian from over at Captain Brian on the Water.  Brian runs shelling and boating excursions and for me, no trip to Sanibel would be complete without some time on the boat with Brian. 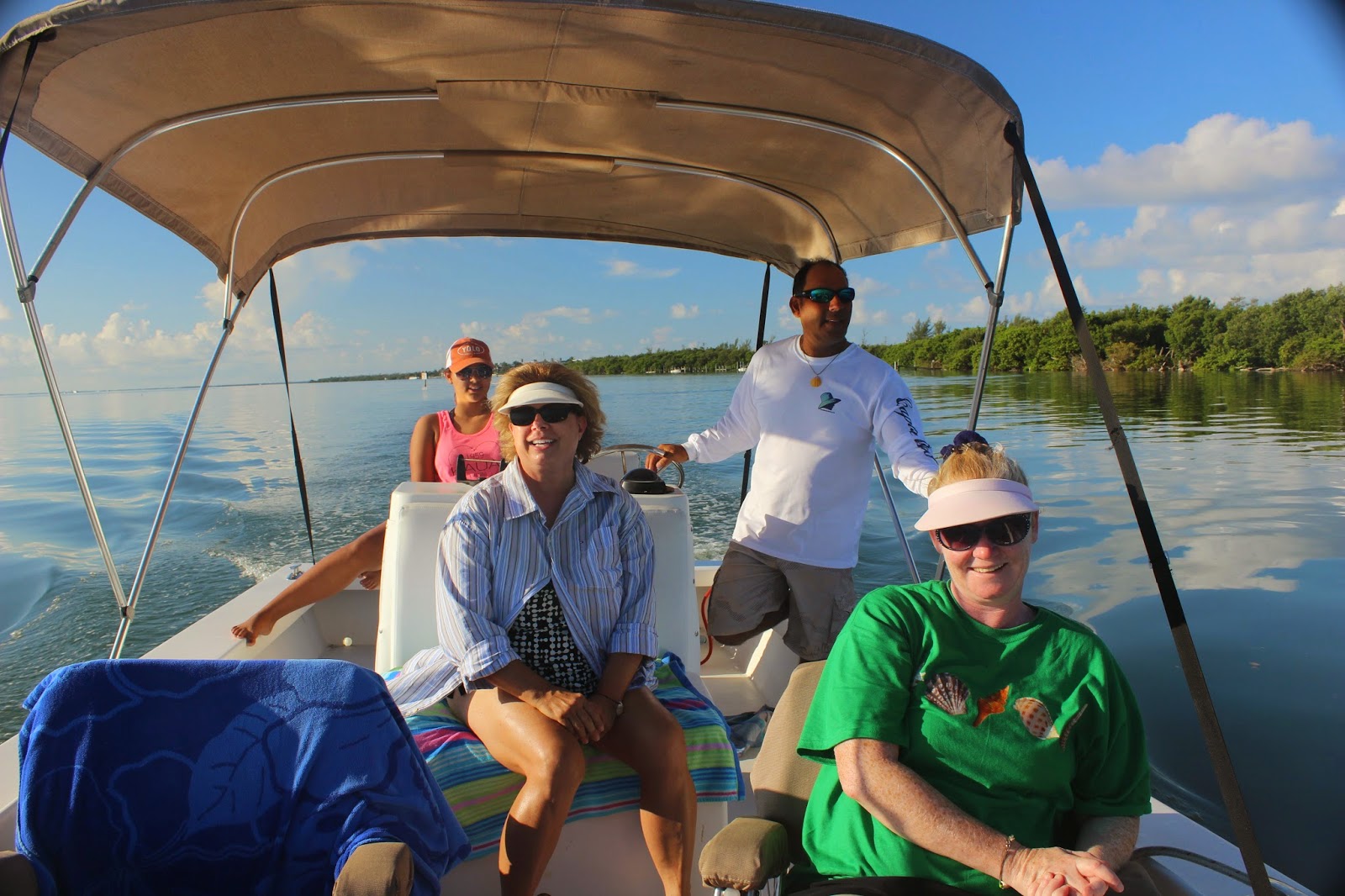 We saw some dolphins and had a lovely ride on calm waters after finding some olives, an angels wing, a gaudy natica and Traci made the spectacular find of a maculated baby ear.  Brian worked his magic and found Moira her coveted Kings Crown shell!   It was a good day! 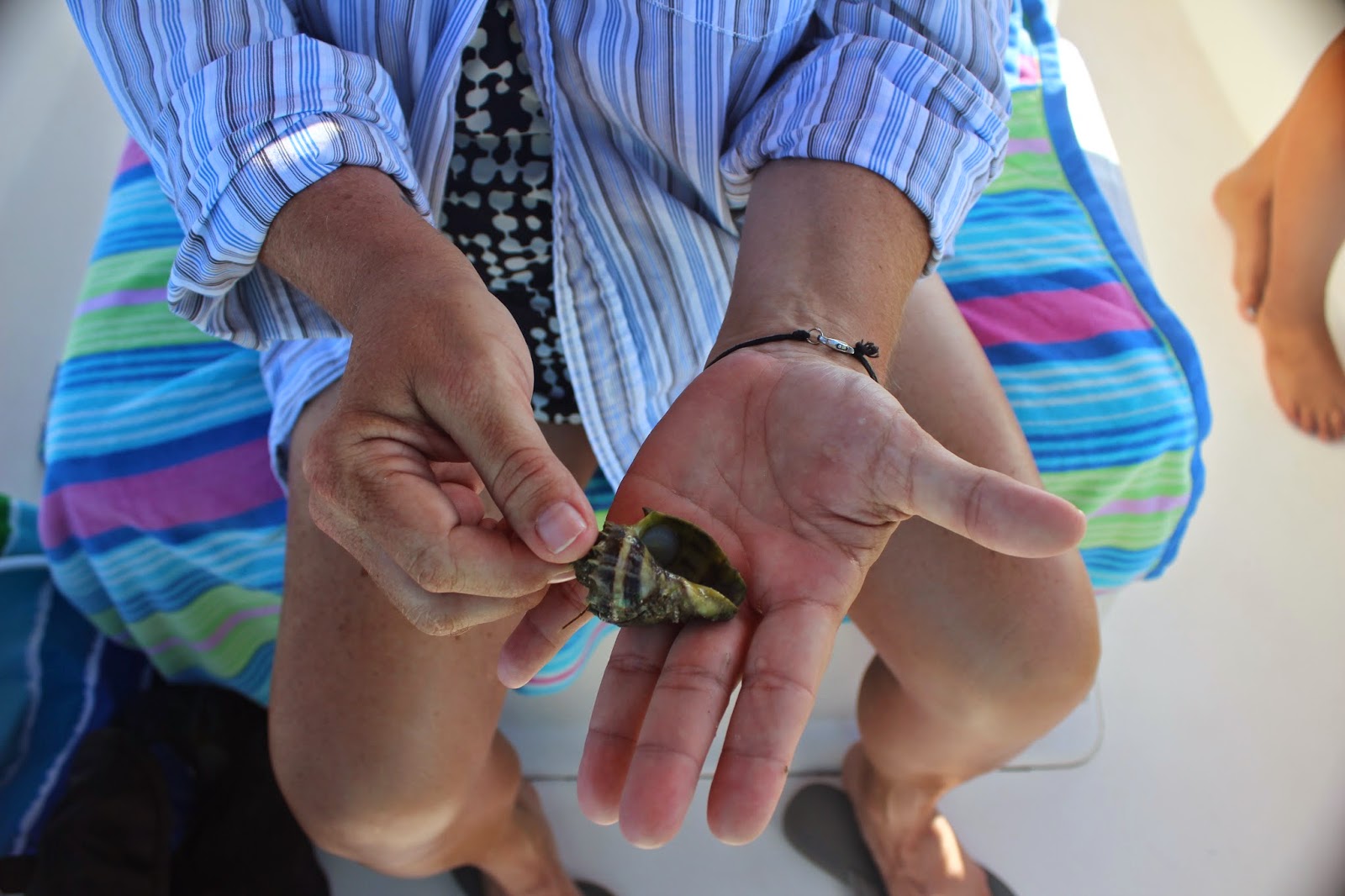 On our last night on the island I was sitting and digging in the water at low tide, and who should come strolling down the beach with her blue shelling bucket and pig tails, but none other than Pam again.  She snapped this picture of me and then ended up walking the beach with me for awhile and introduced me to Clark who insisted on sharing a few of his shells with me. 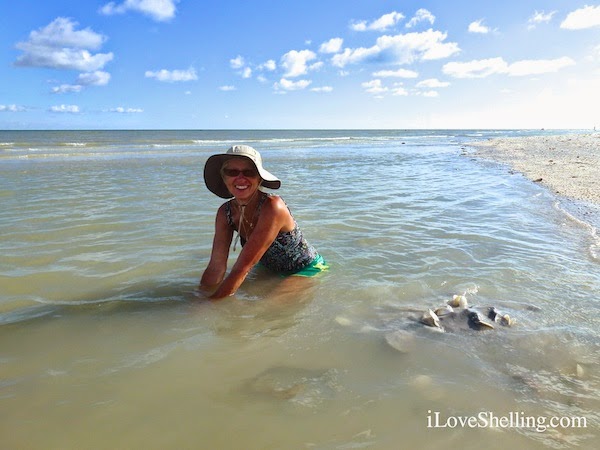 (photo courtesy of I love shelling.  Do not reproduce without permission)

So the next time you're on Sanibel, just keep your eyes open.  You never know who you may run into while you're down there.

I have one more Sanibel Island post coming up next week about the off island beaches we visited.  Stay tuned!
Posted by Kim@Snug Harbor at 12:00 AM