A couple of weeks ago we got the opportunity to attend the Livingston County Livestock Auction with some friends.  They raise cattle and were looking to purchase some stock, so we jumped at the chance to tag along. 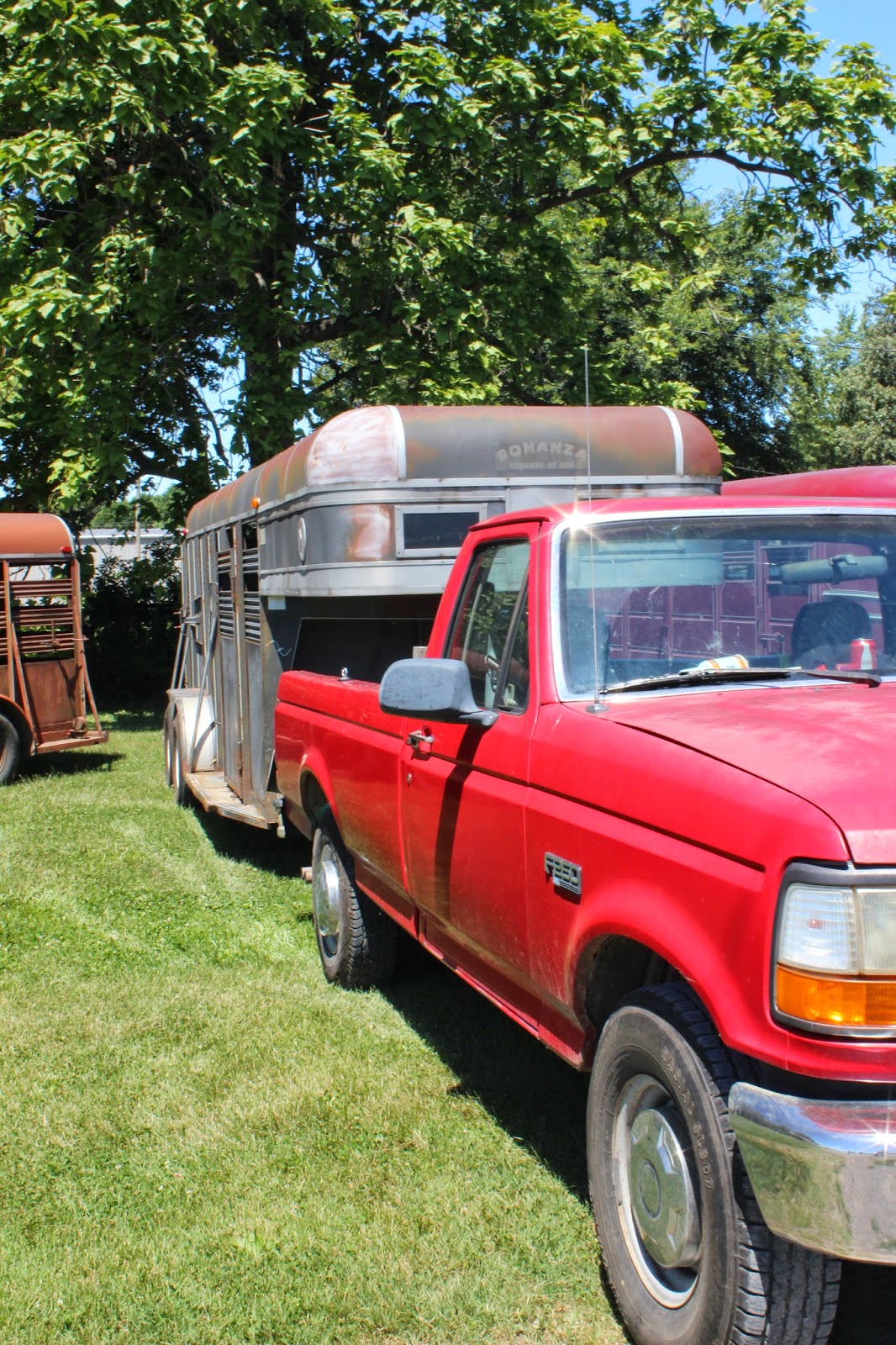 We pulled up and there was a steady stream of cars, trucks and trailers rolling in.  Everywhere we looked there were people milling around, talking, laughing and swapping stories. Thick clouds of dust danced around us no matter where we stood. 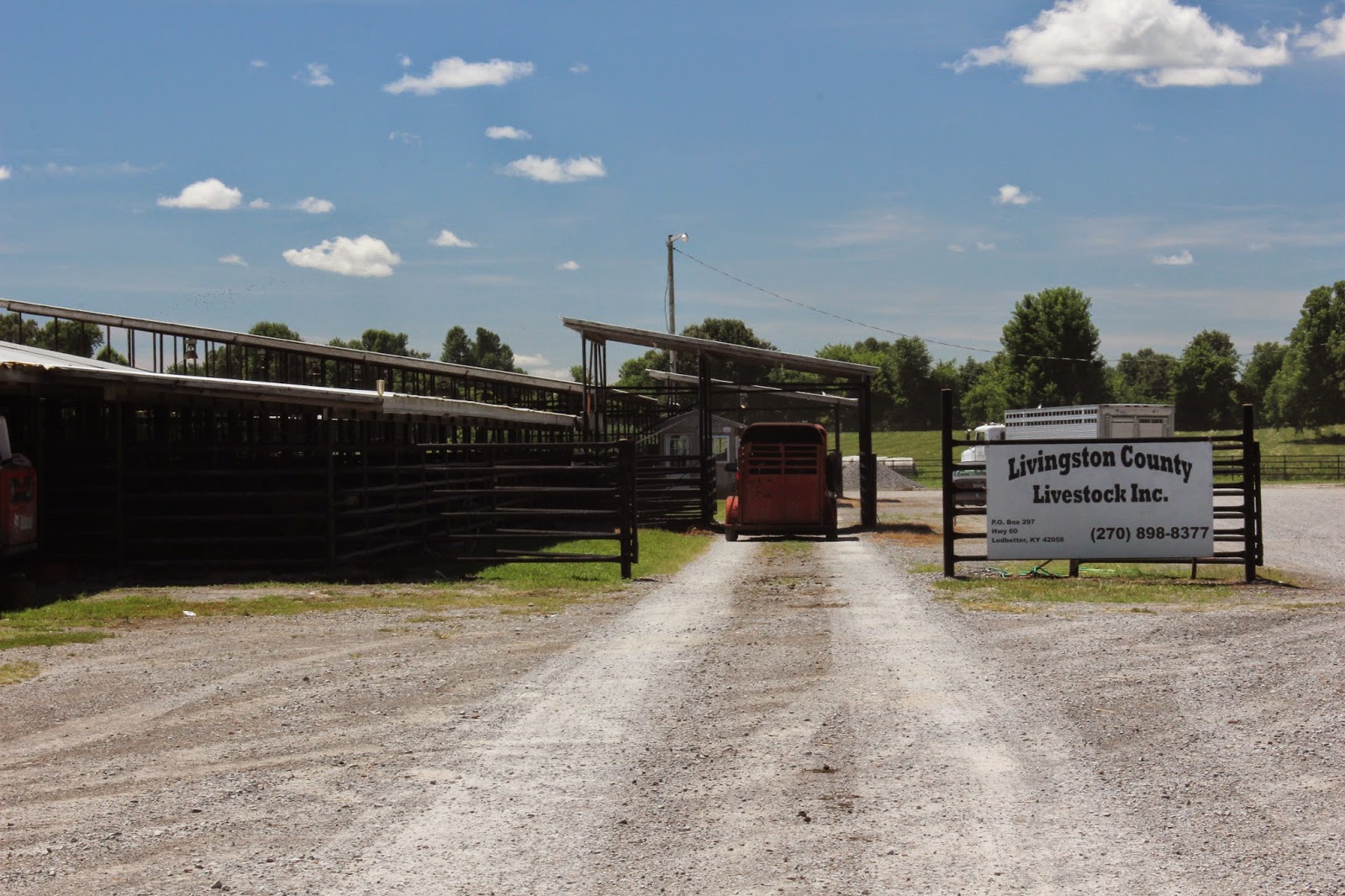 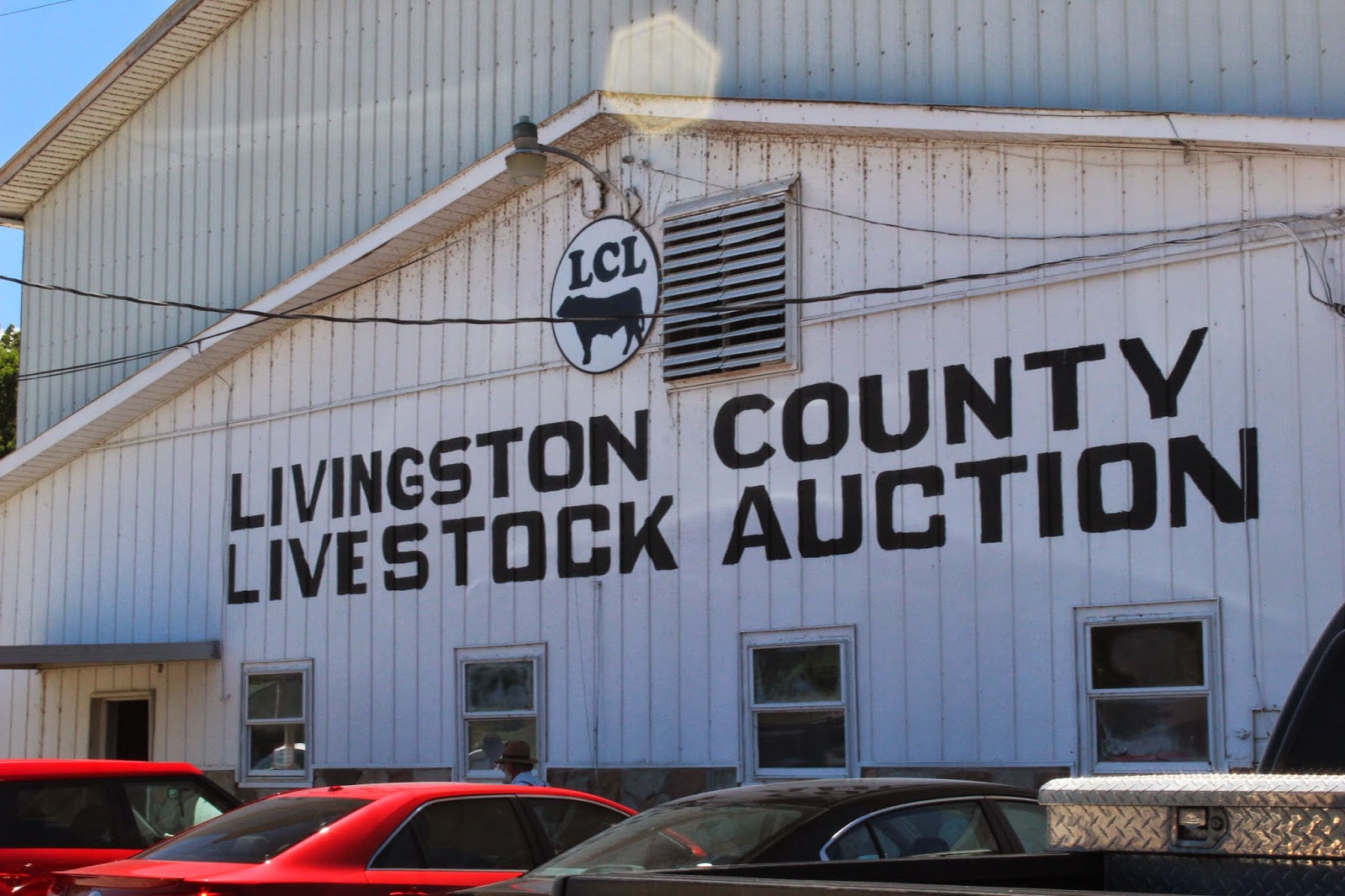 A word of advice....  If you're ever invited to a cattle auction, do not wear flip flops.  Anyone with a ounce of brains, and apparently that doesn't include me, wears some form of boots.  I wasn't about to miss out on anything though, so I just trucked along, trying not to pay attention to what I was wading through. 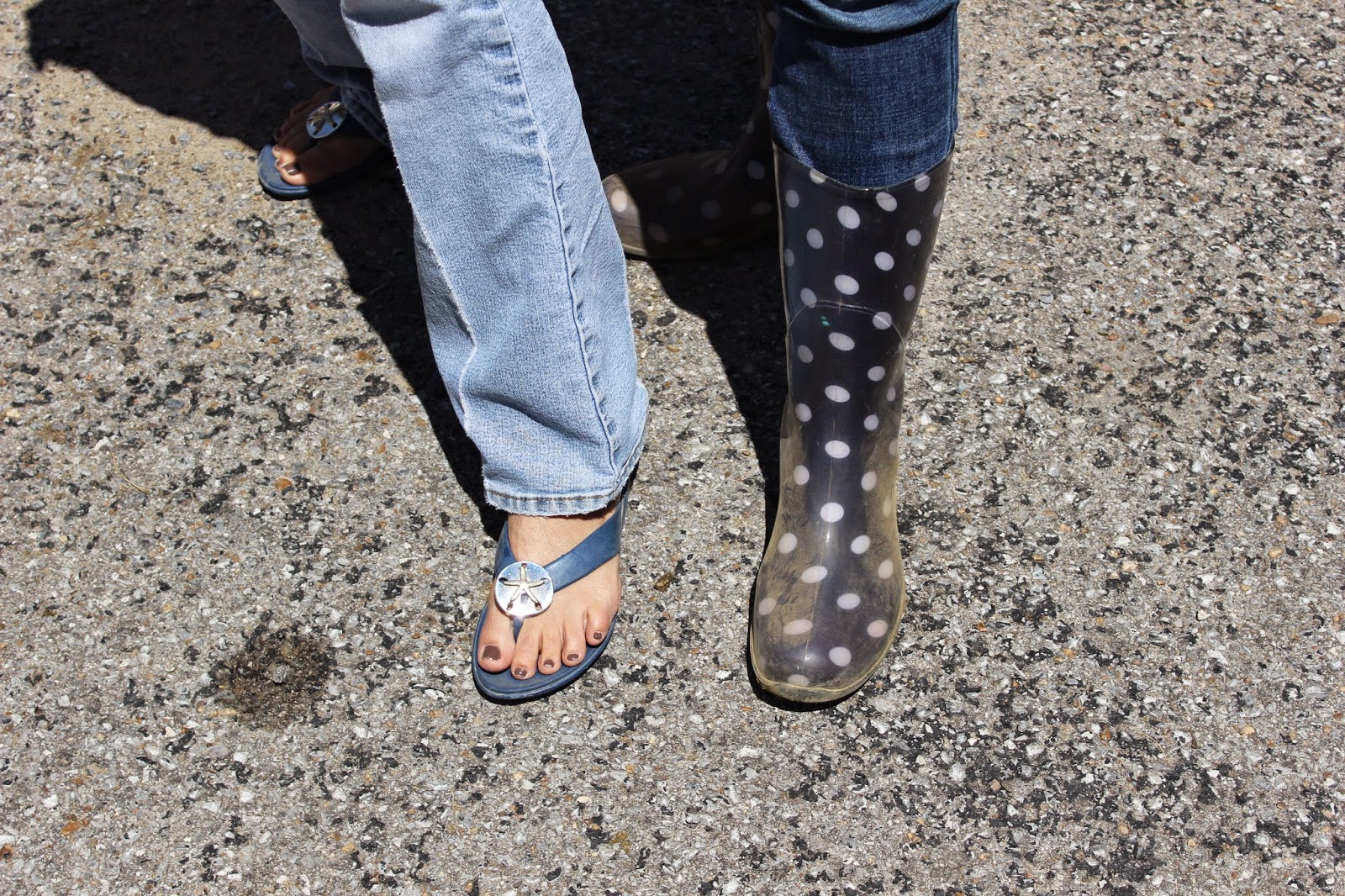 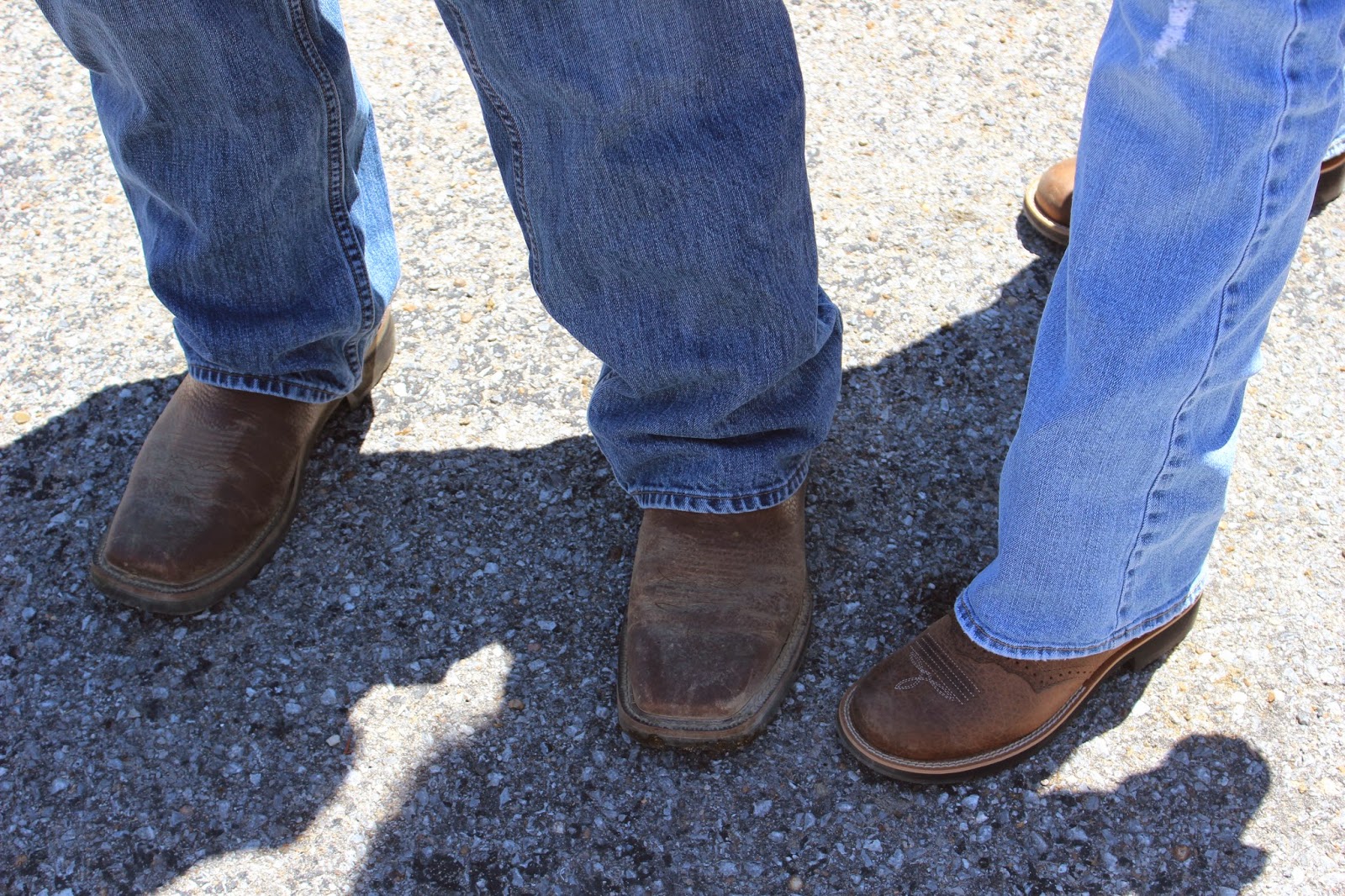 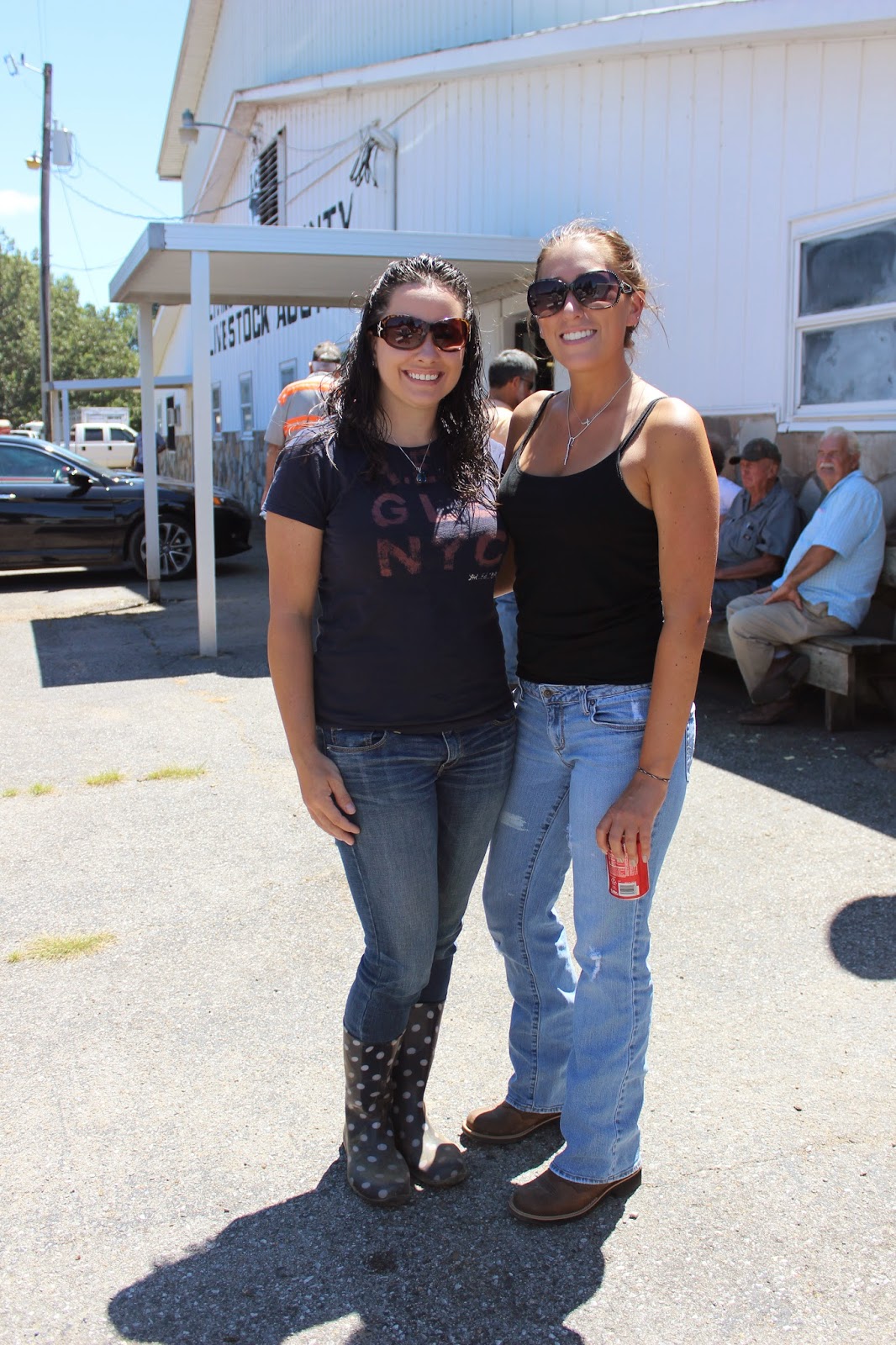 Since we were with people who were buying livestock, we got to go in back by the cattle pens.  It is not a good smell on a hot day.  There were cattle in pens everywhere, and constant noise between the cattle running around the pens and men shouting orders. 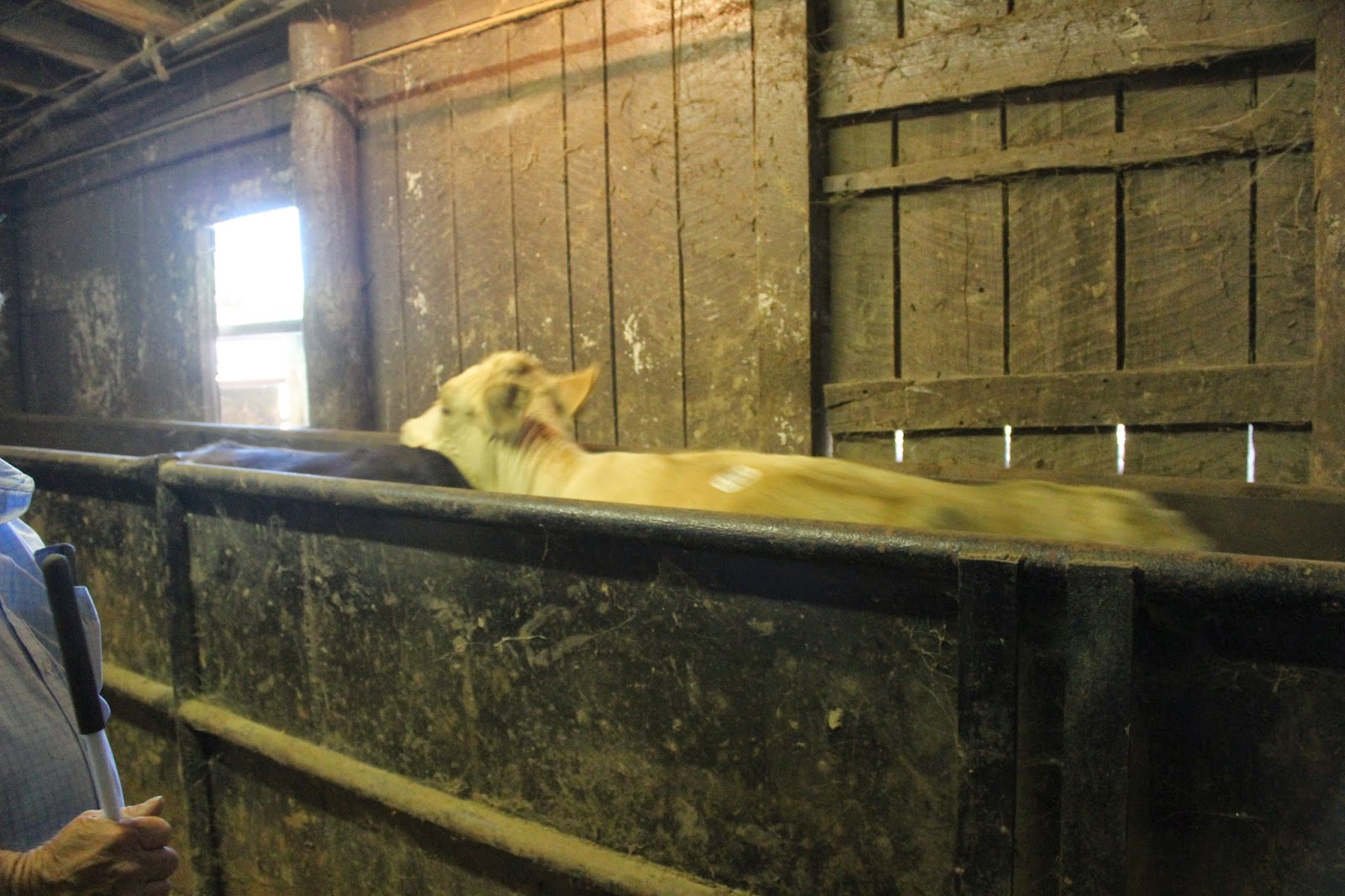 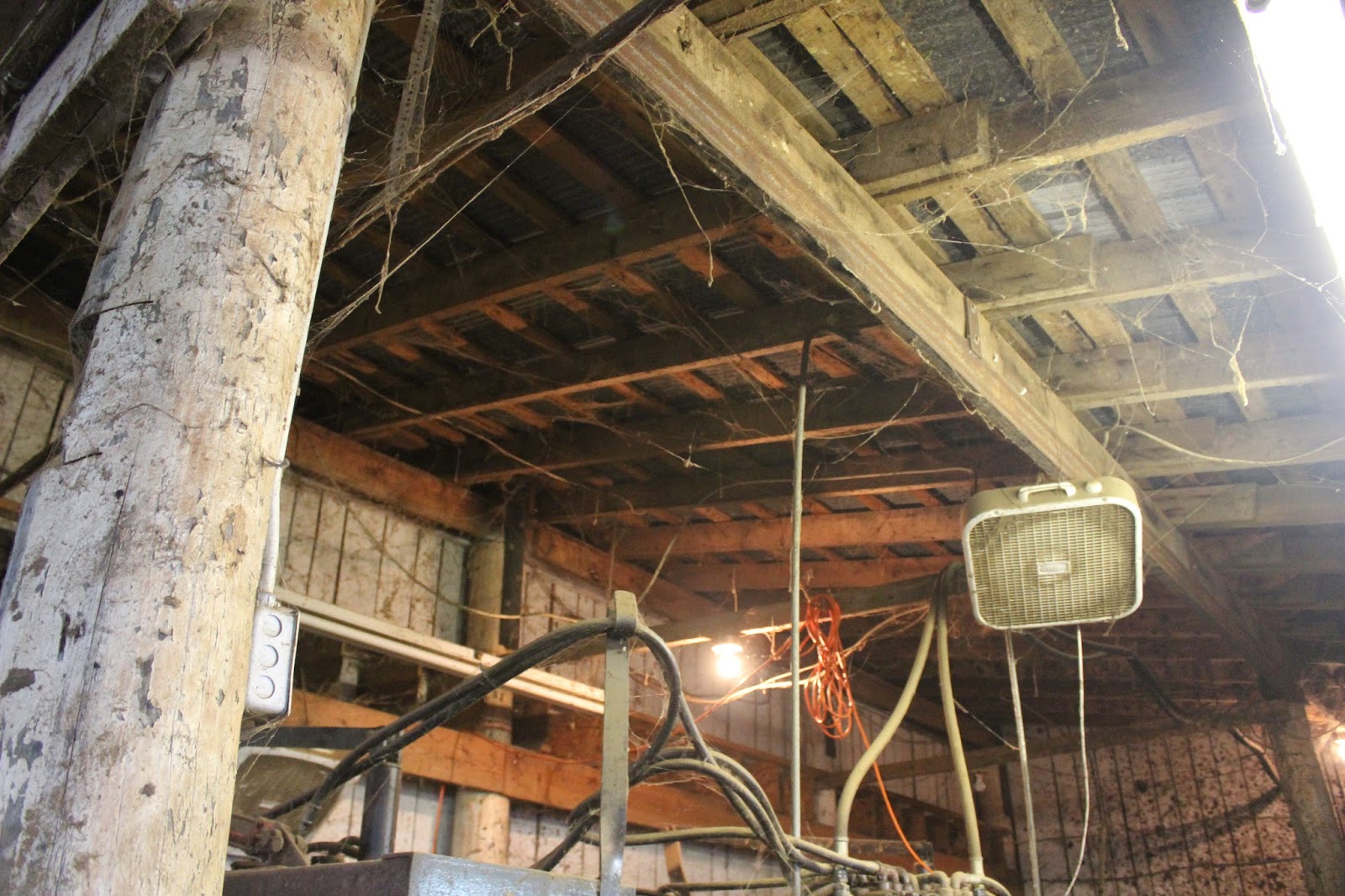 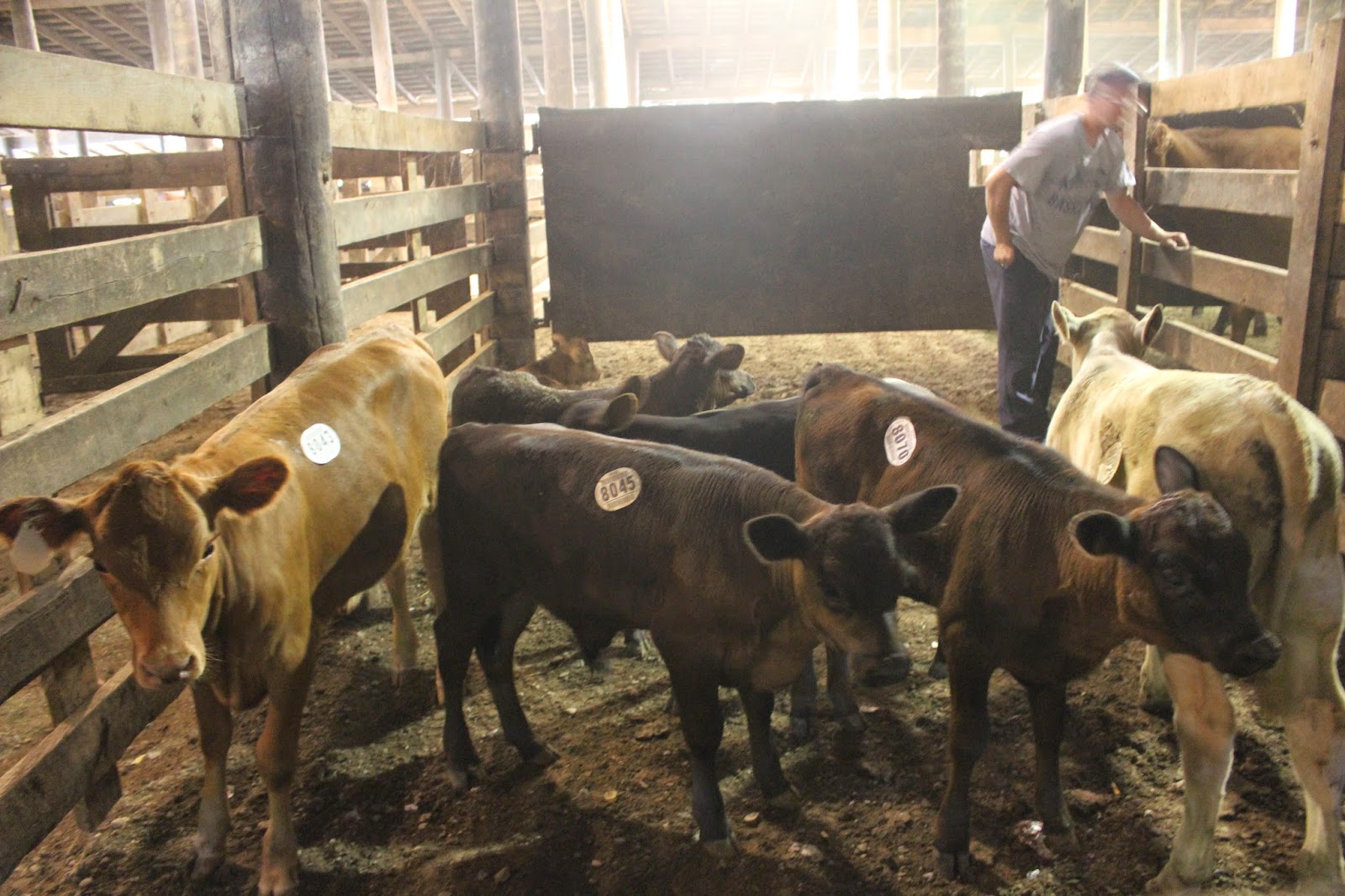 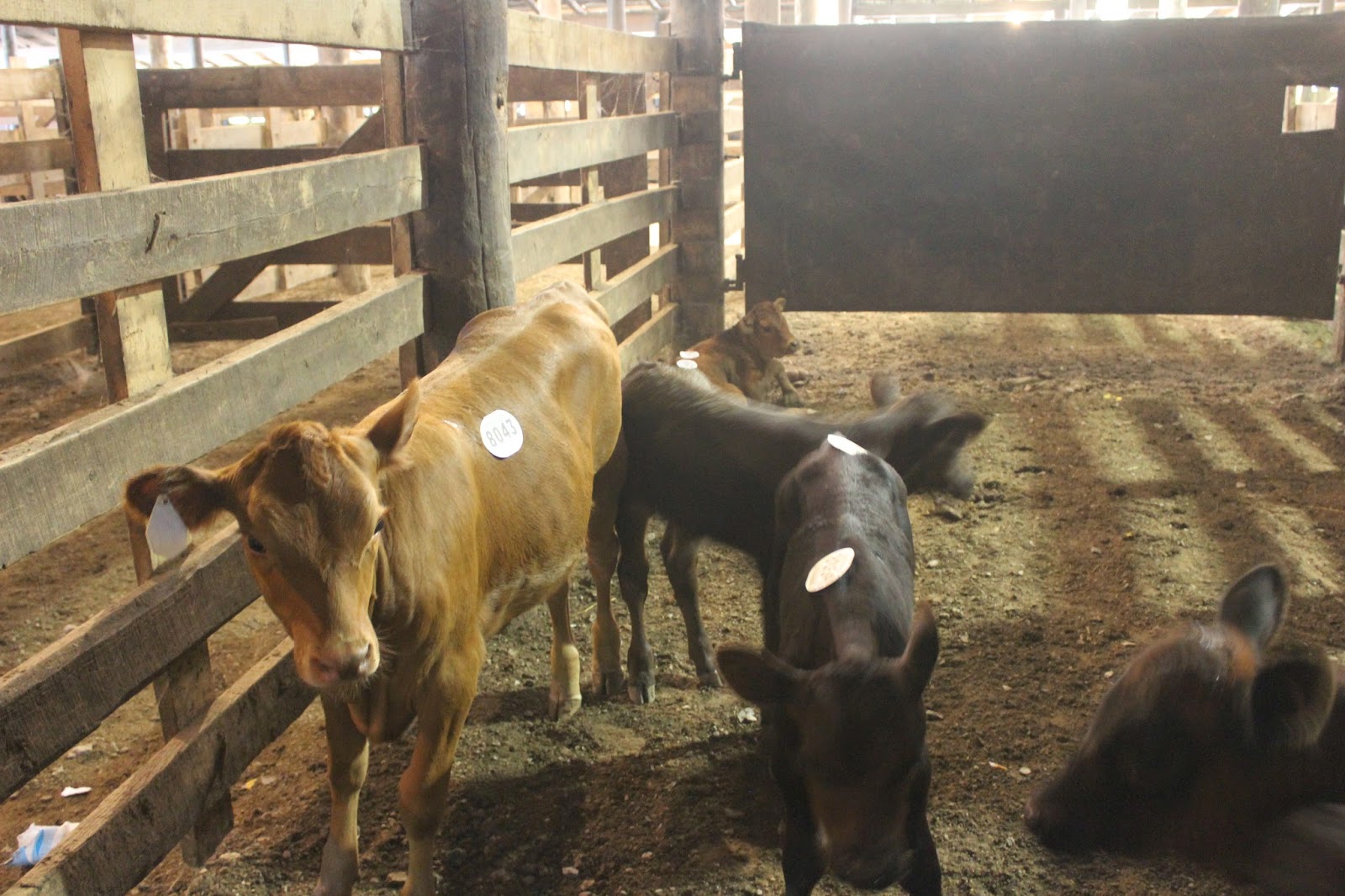 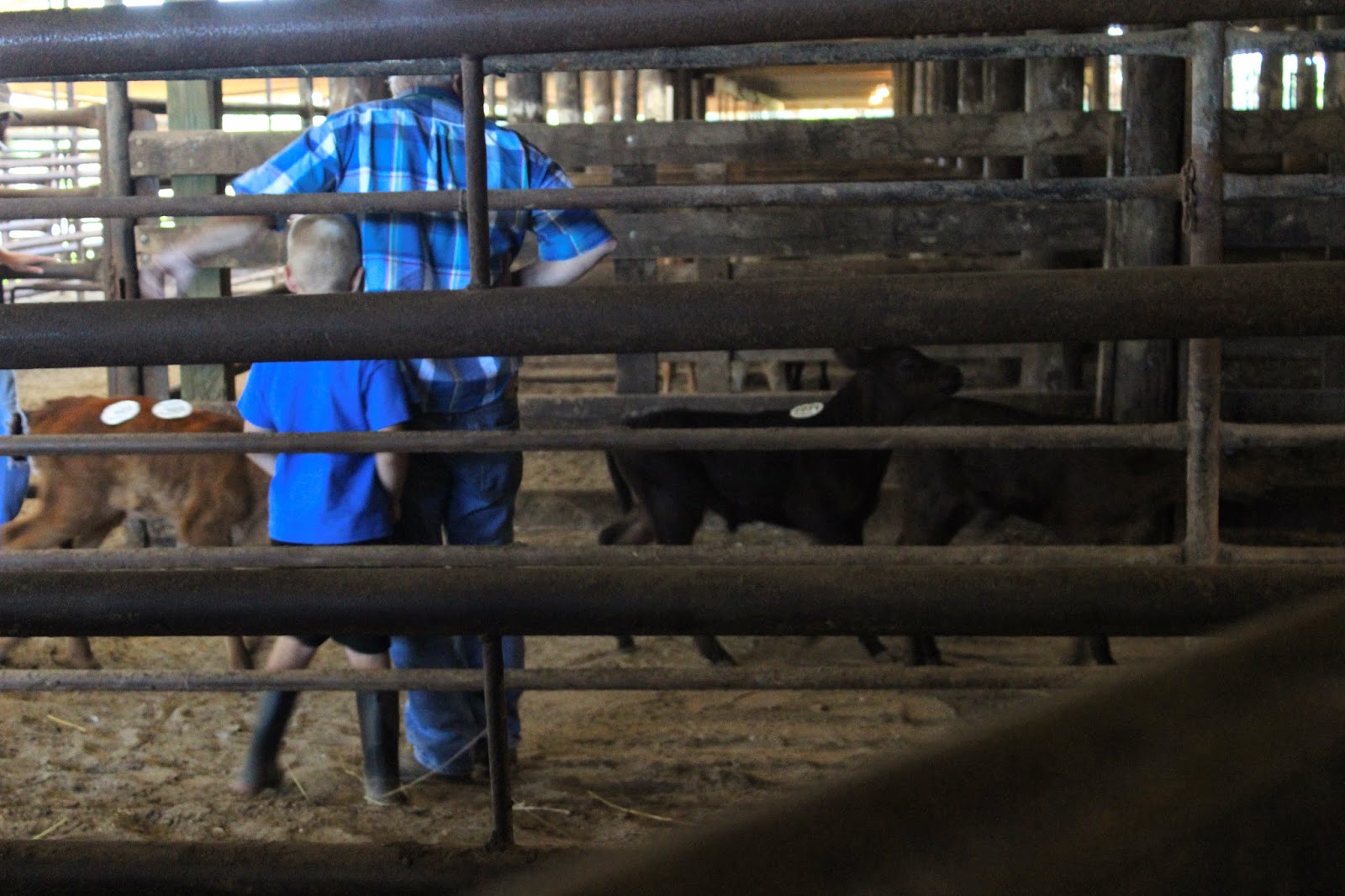 All the cattle get herded through chutes and into this machine, where they get stopped and each one is checked.  They look at their teeth and determine how old they are, check to see if the females are pregnant and then tag them.  It's a very quick process. 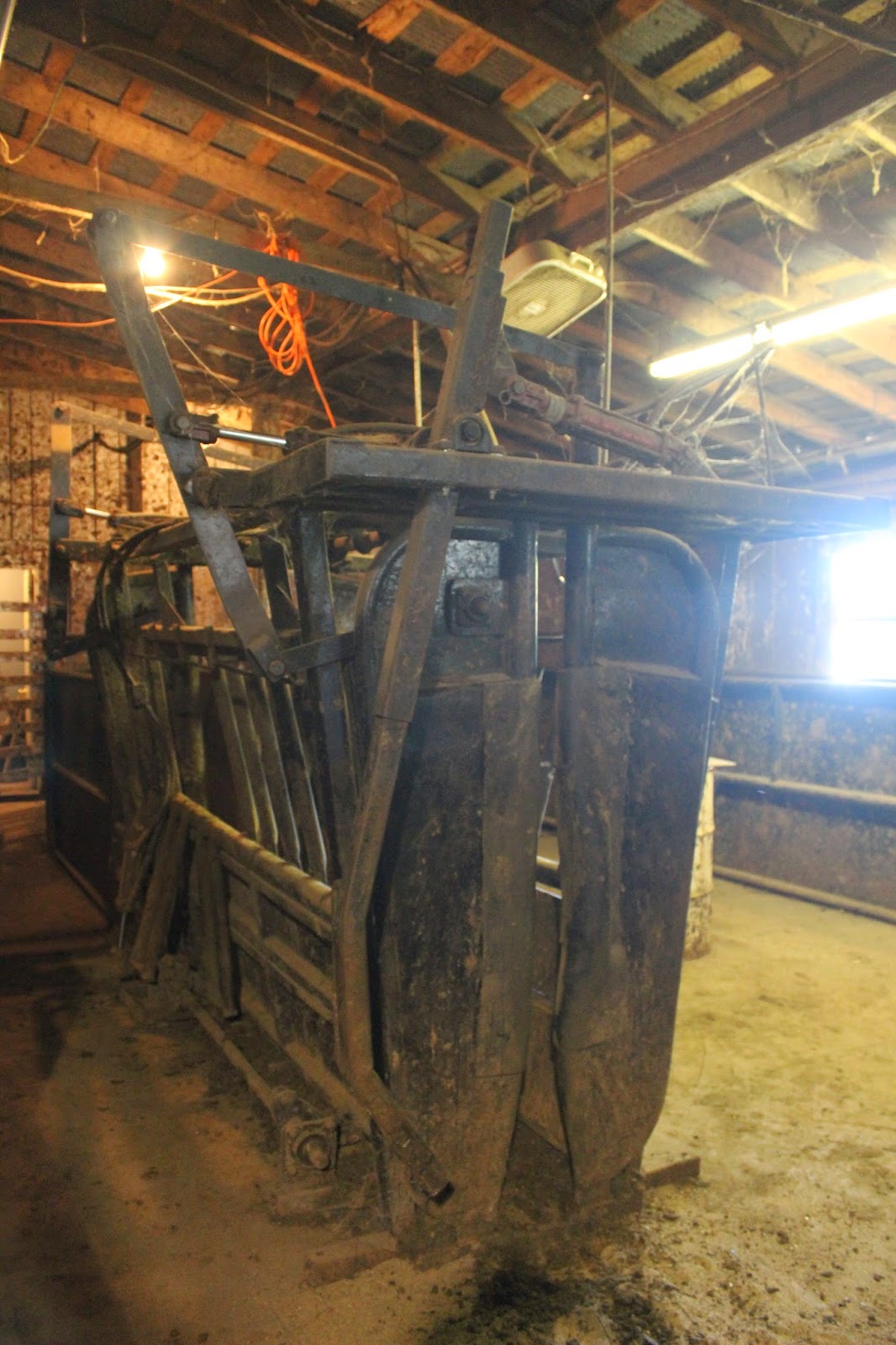 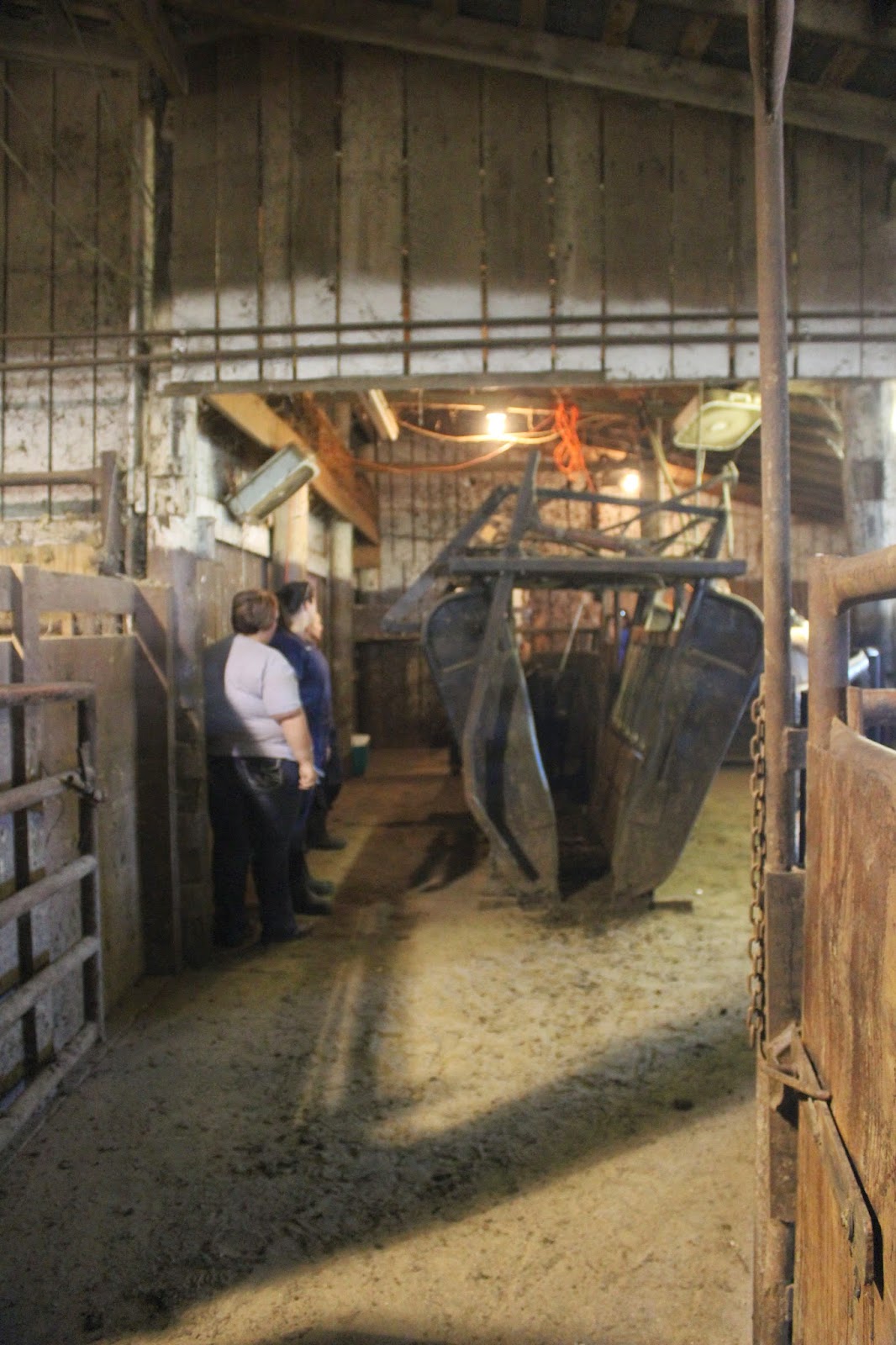 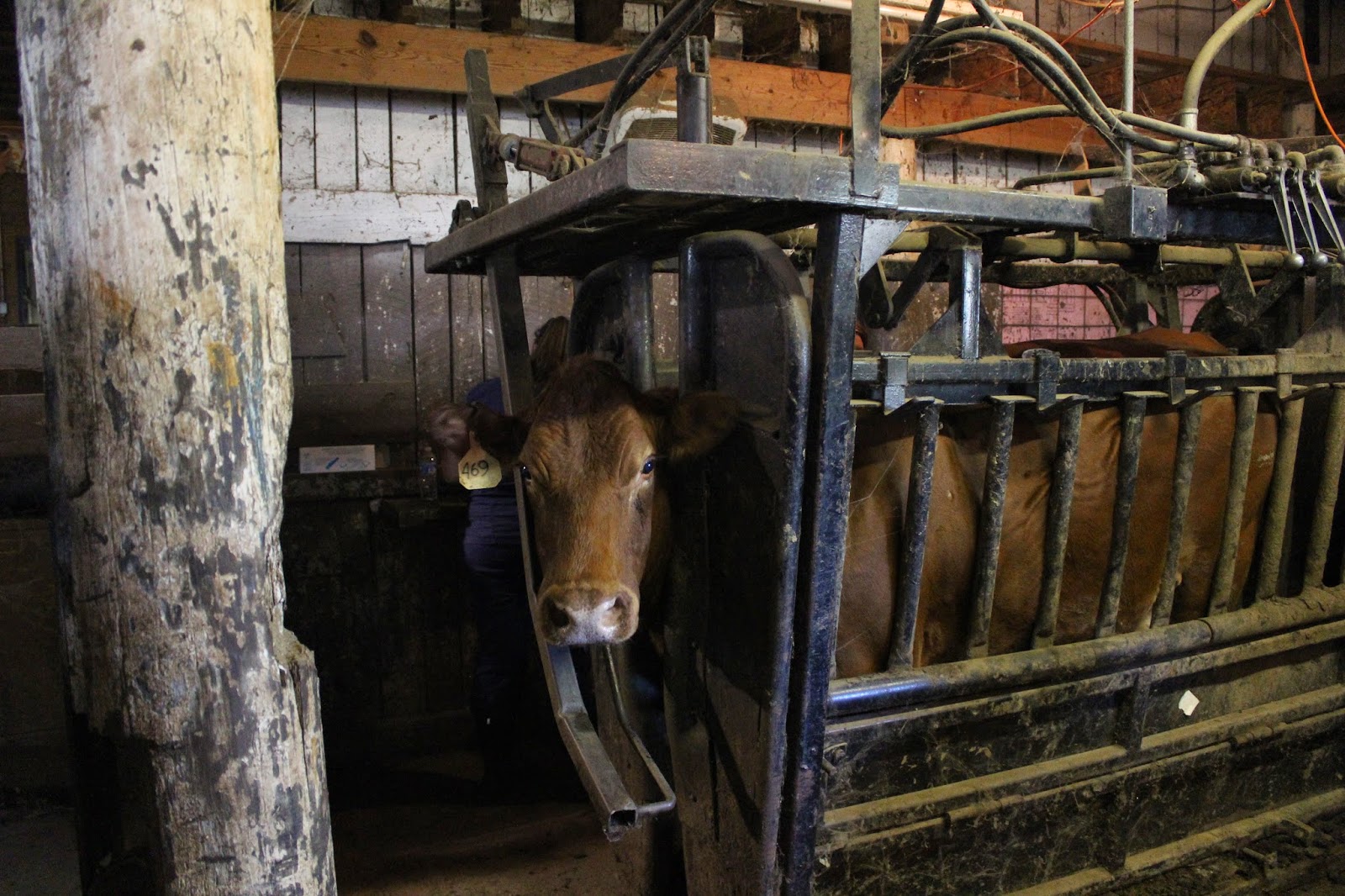 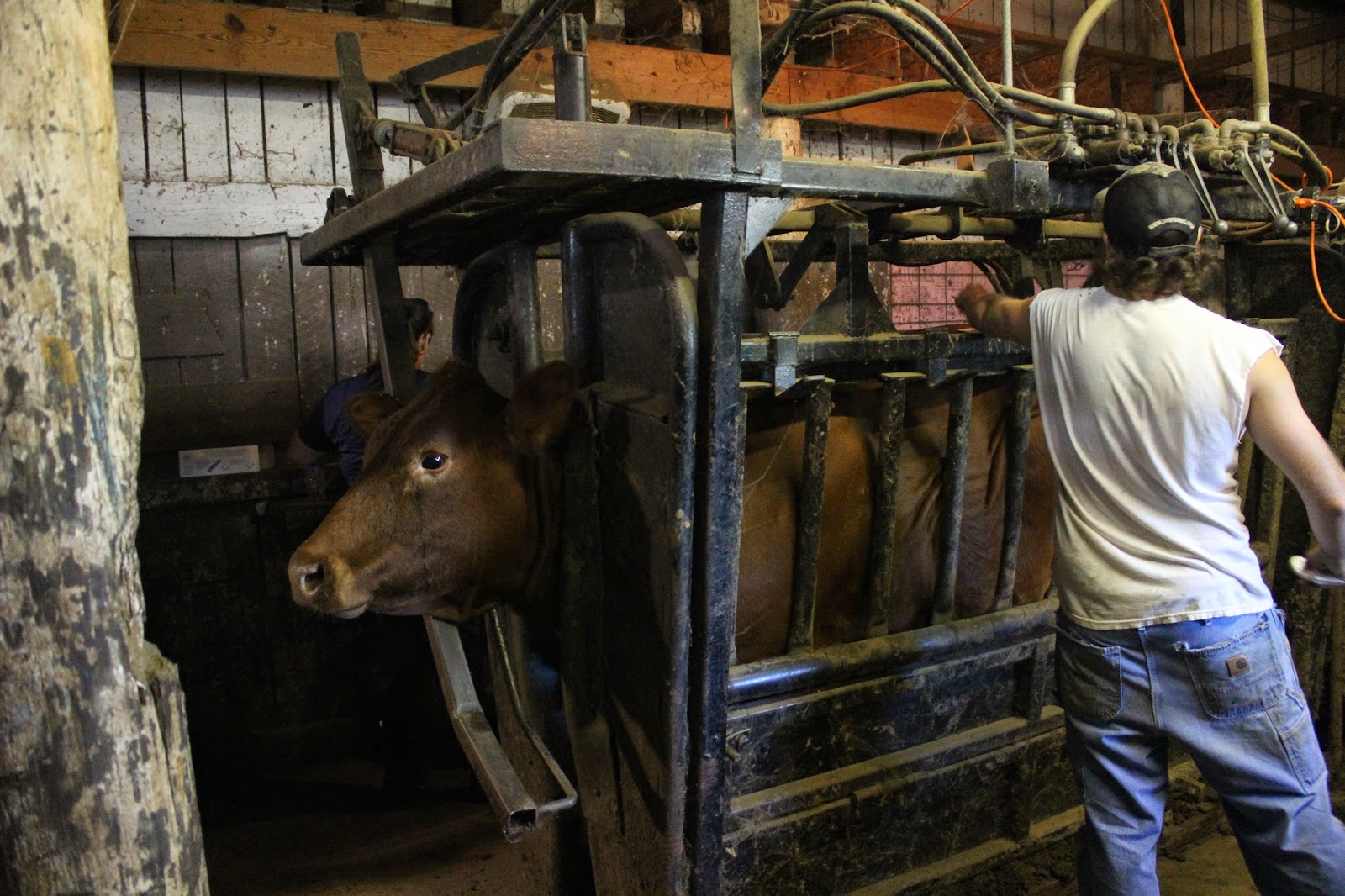 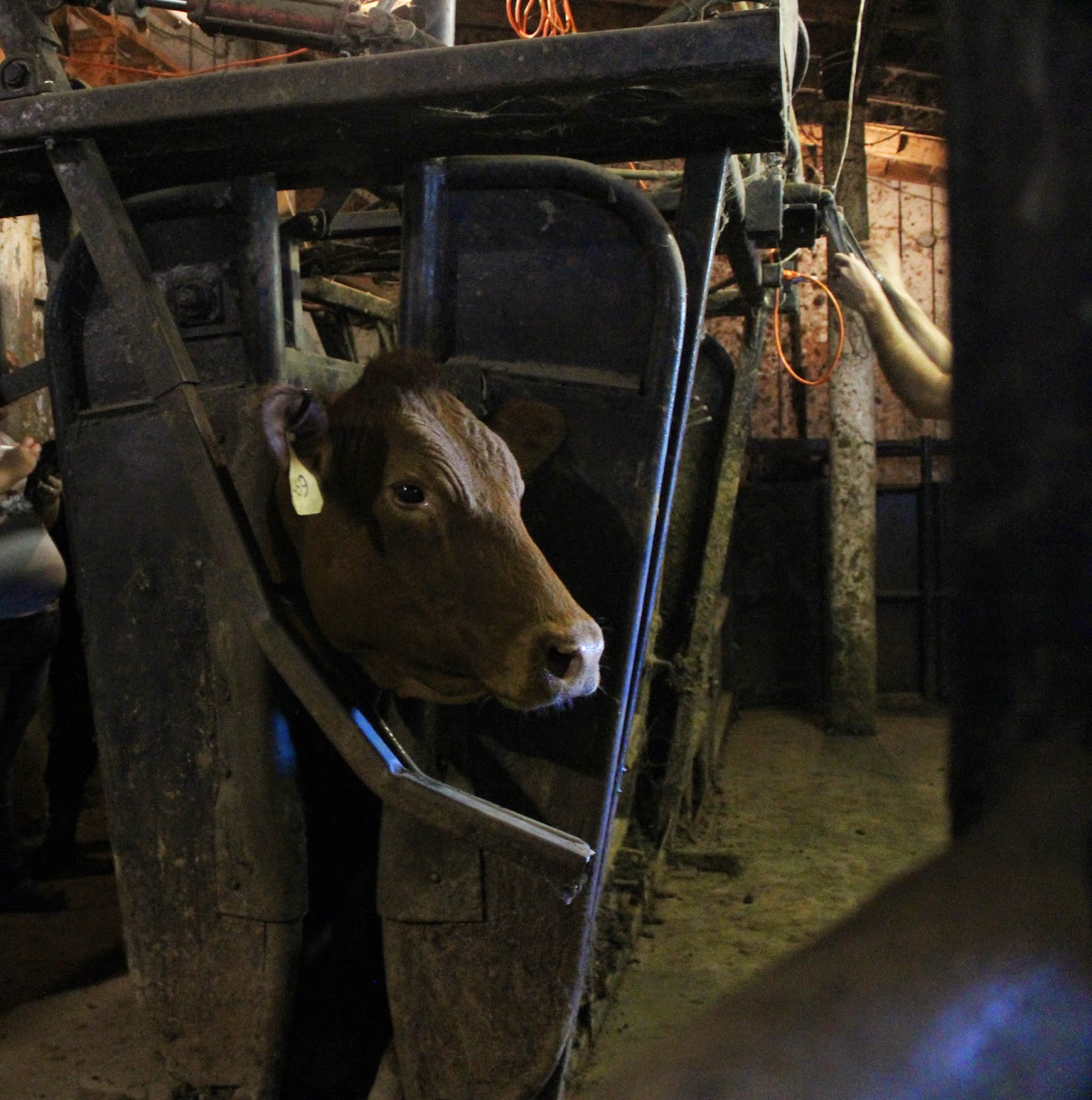 Then they are gathered in pens on the opposite side, where they wait for the auction to begin. 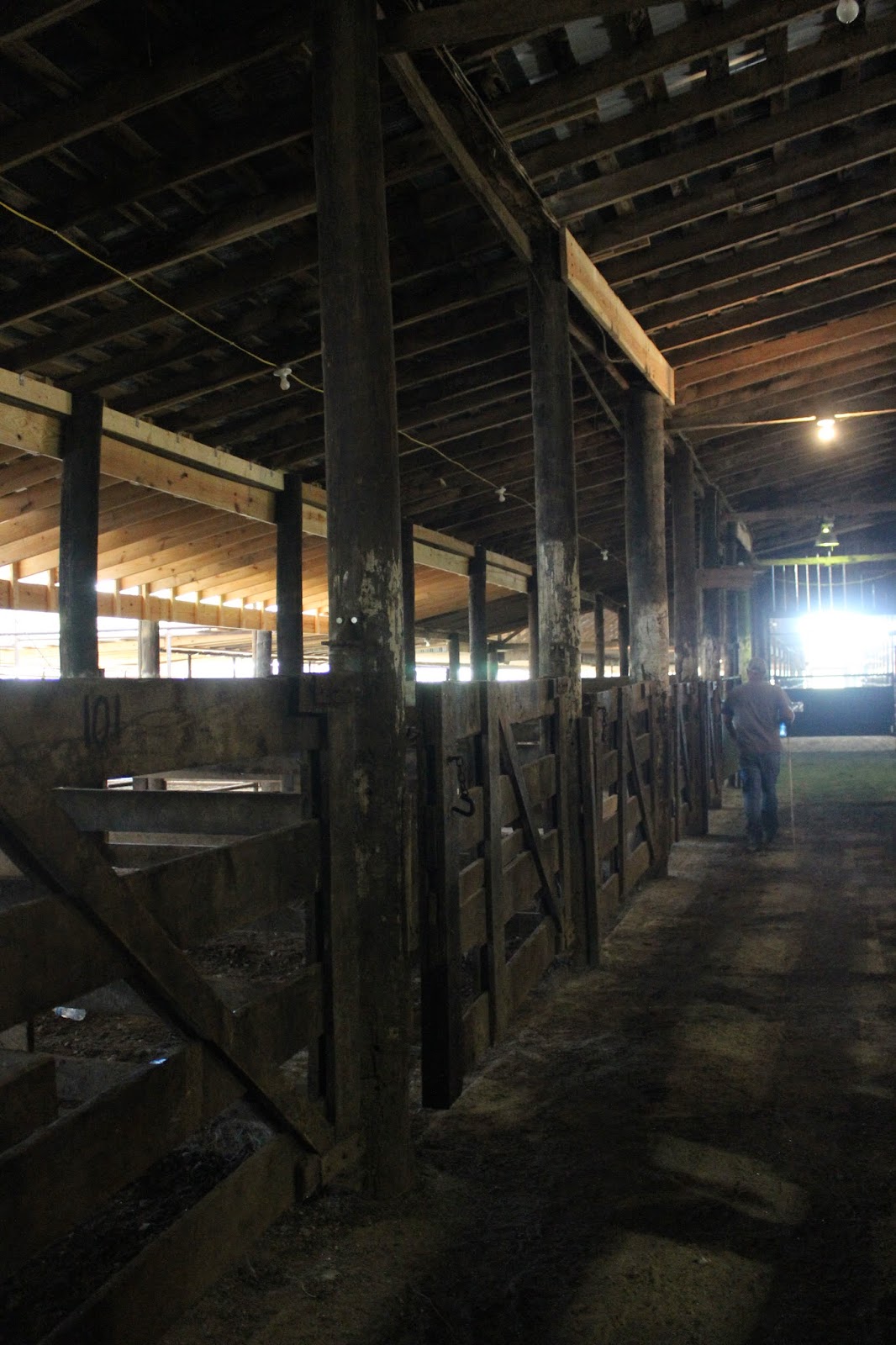 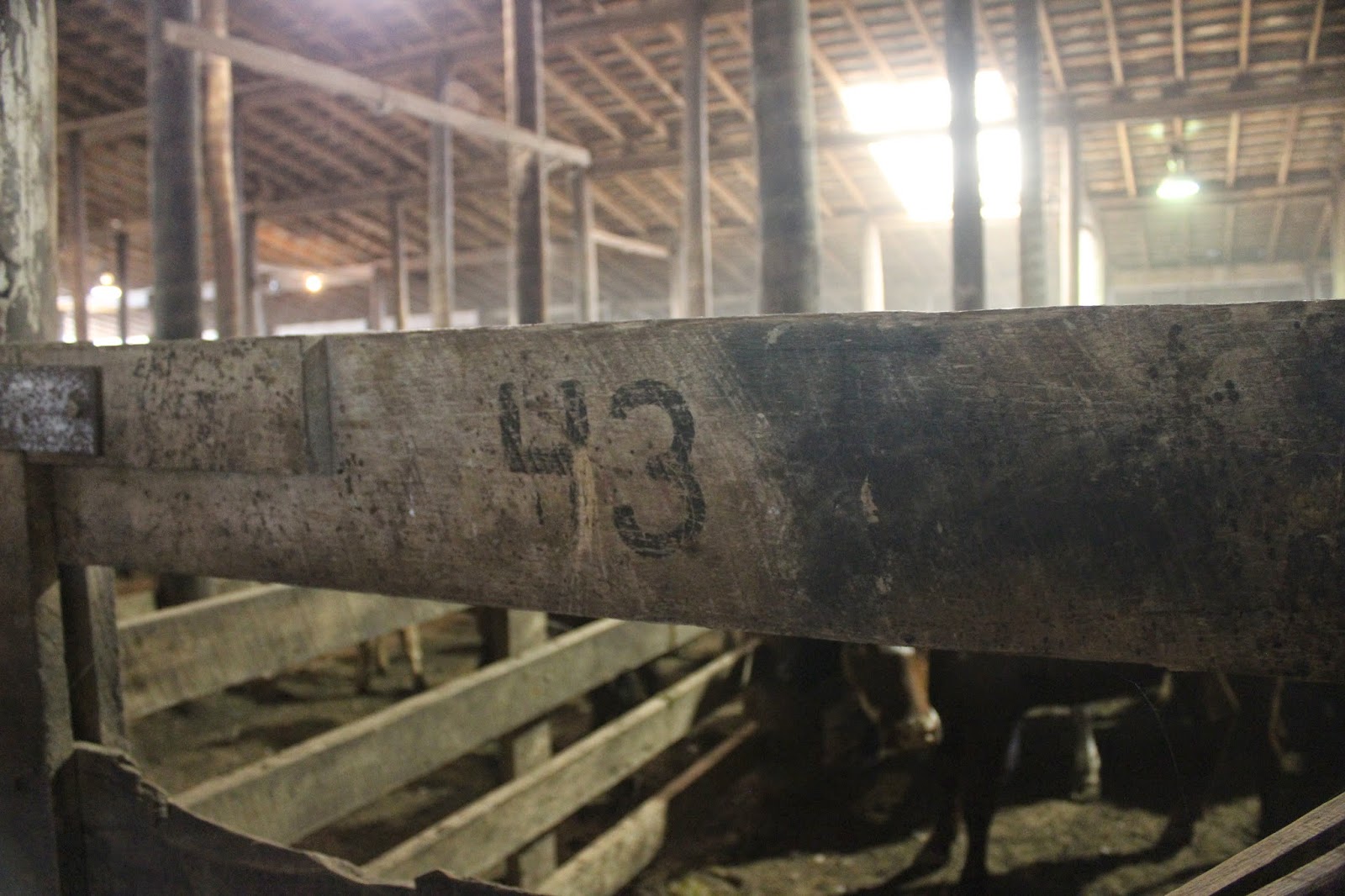 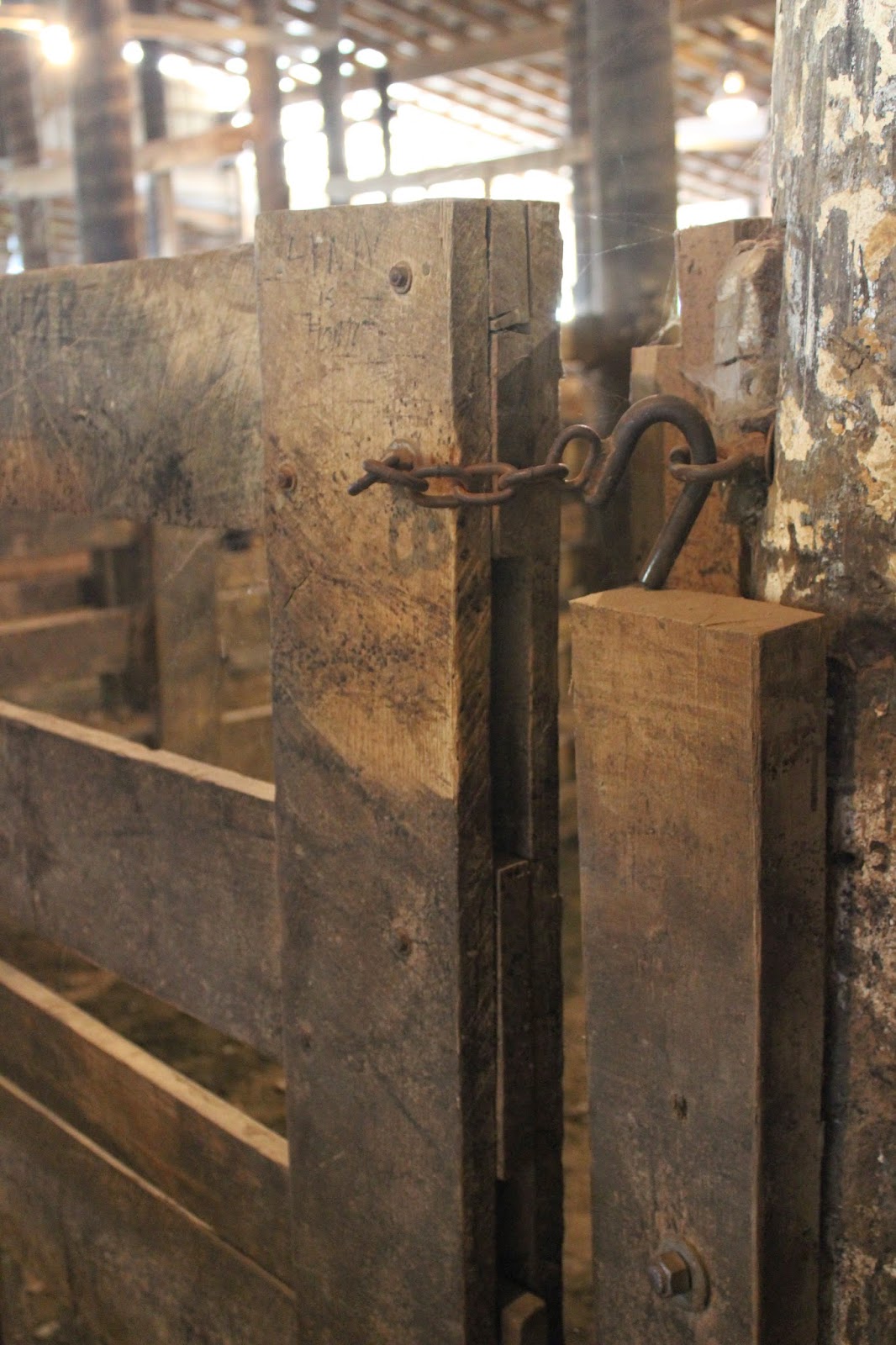 We headed outside so we could go sit in the arena but first we made a quick stop at the chuck wagon for a bowl of boiled beans over crumbled cornbread.  It was pretty good and it was nice for a quick snack. 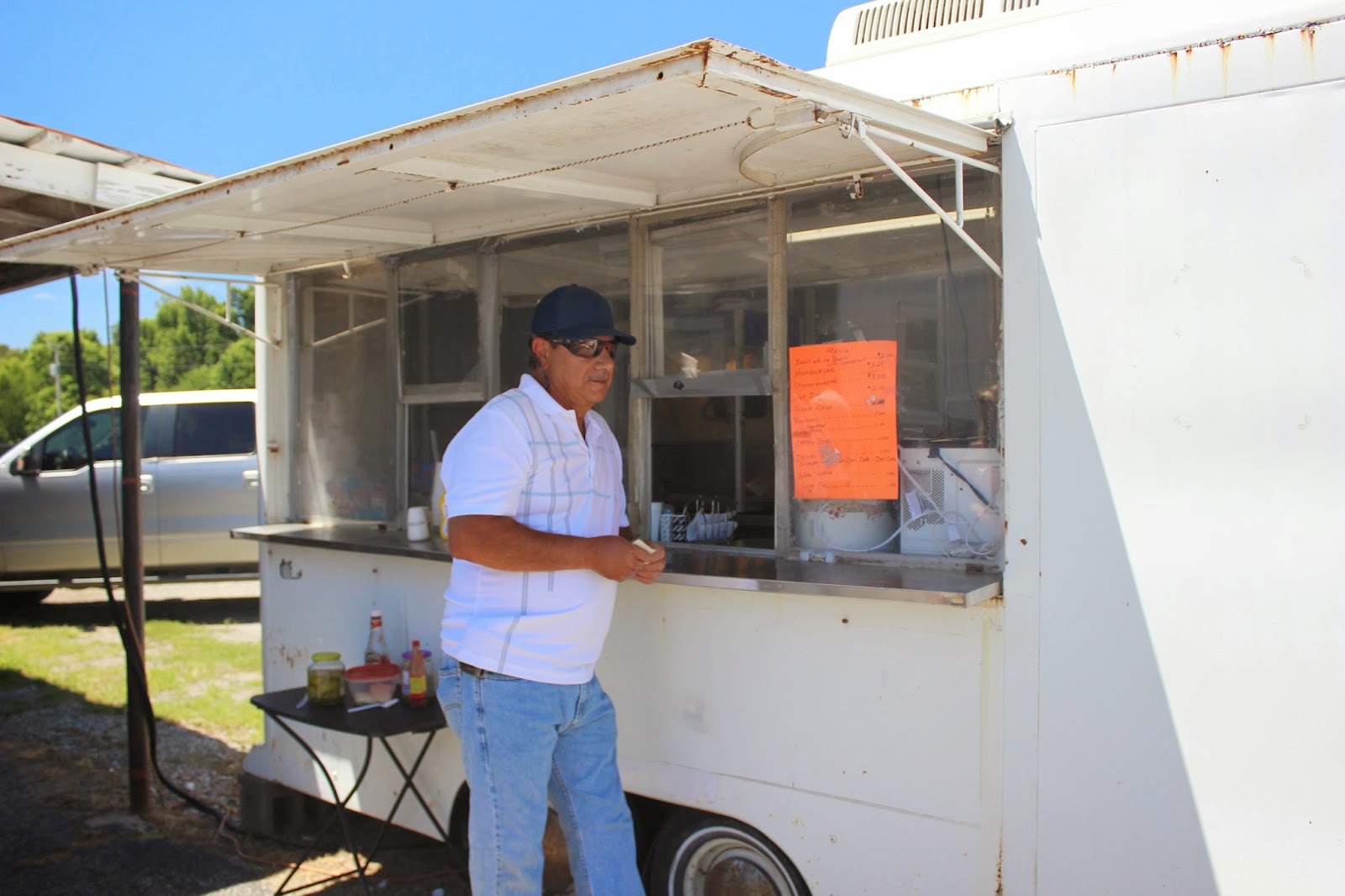 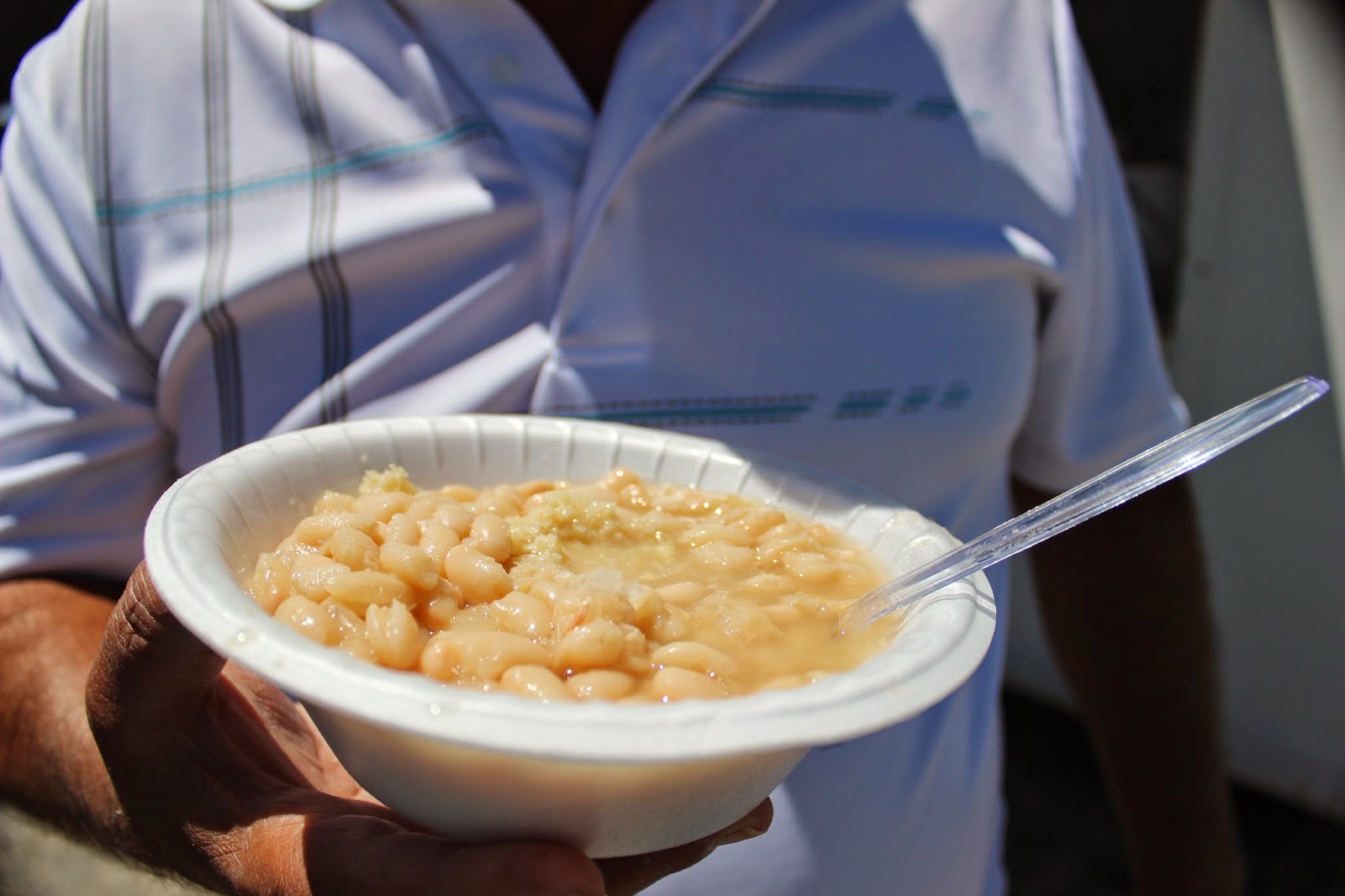 Once inside the arena we climbed to the upper level so we could get a good view of everything.  Seats filled up quickly and some folks even brought their dogs along.  The auction process is extremely fast, taking less than a minute for most of the individual cattle to be auctioned off. 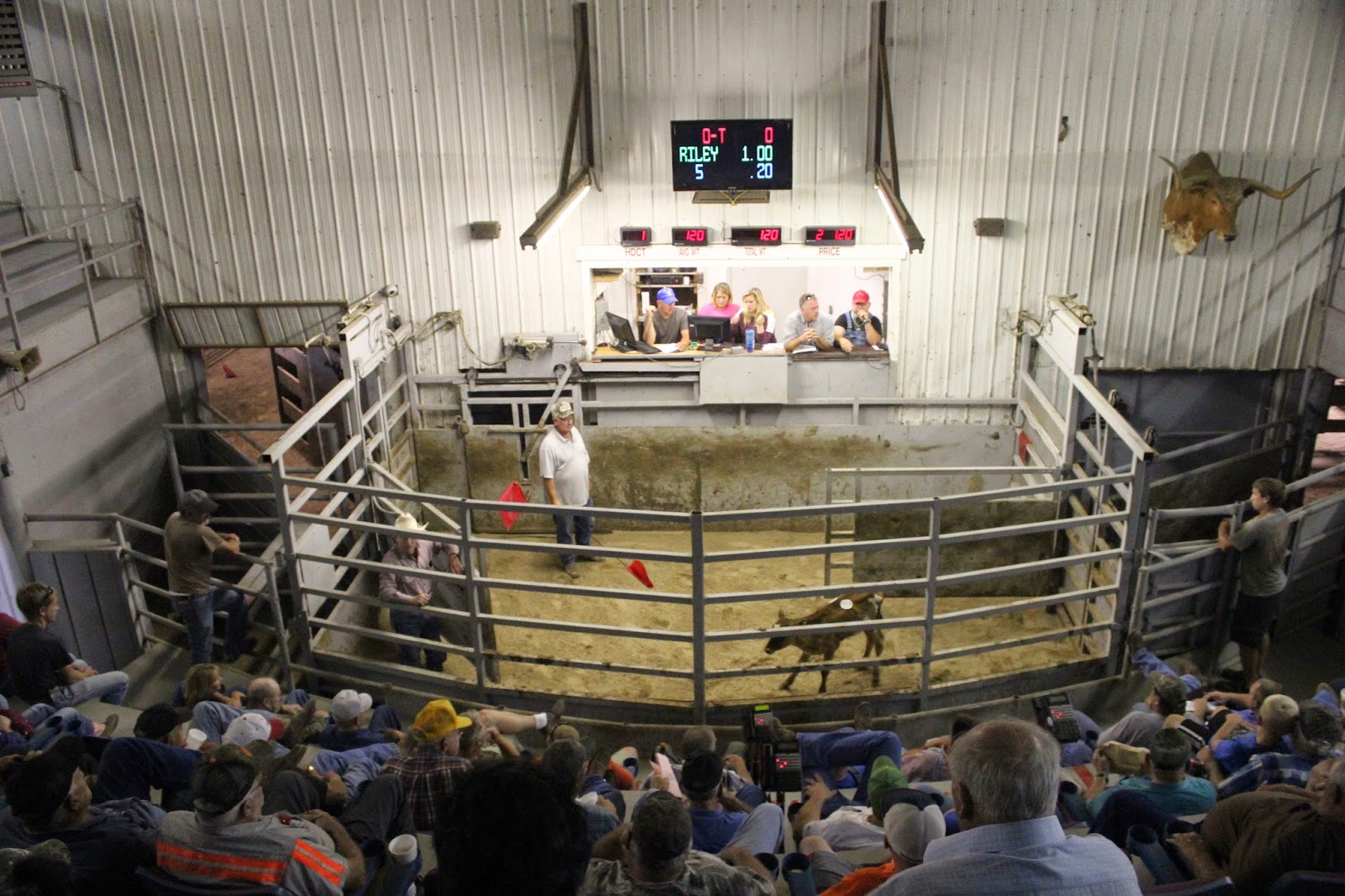 They open a chute and let each cow in, one at a time, unless it's a mother and her baby and they will bring them out together.  The total weight is displayed on the board, as well as the beginning price per pound.  Then the auctioneer starts rolling, shooting off prices while his partner scans the crowd and points his fingers at the people who were making the bids.  I'll be honest, I rarely caught anyone making a bid - they are so sly about it.  I mistakenly raised my arm to point at the price board and the auctioneer pointed at me, thinking I was making a bid.  Louie slapped my arm down and hissed at me to not move again.  I actually sat on my hands for awhile.  That was a close one.  What the heck would I do with a steer in Chicago?? 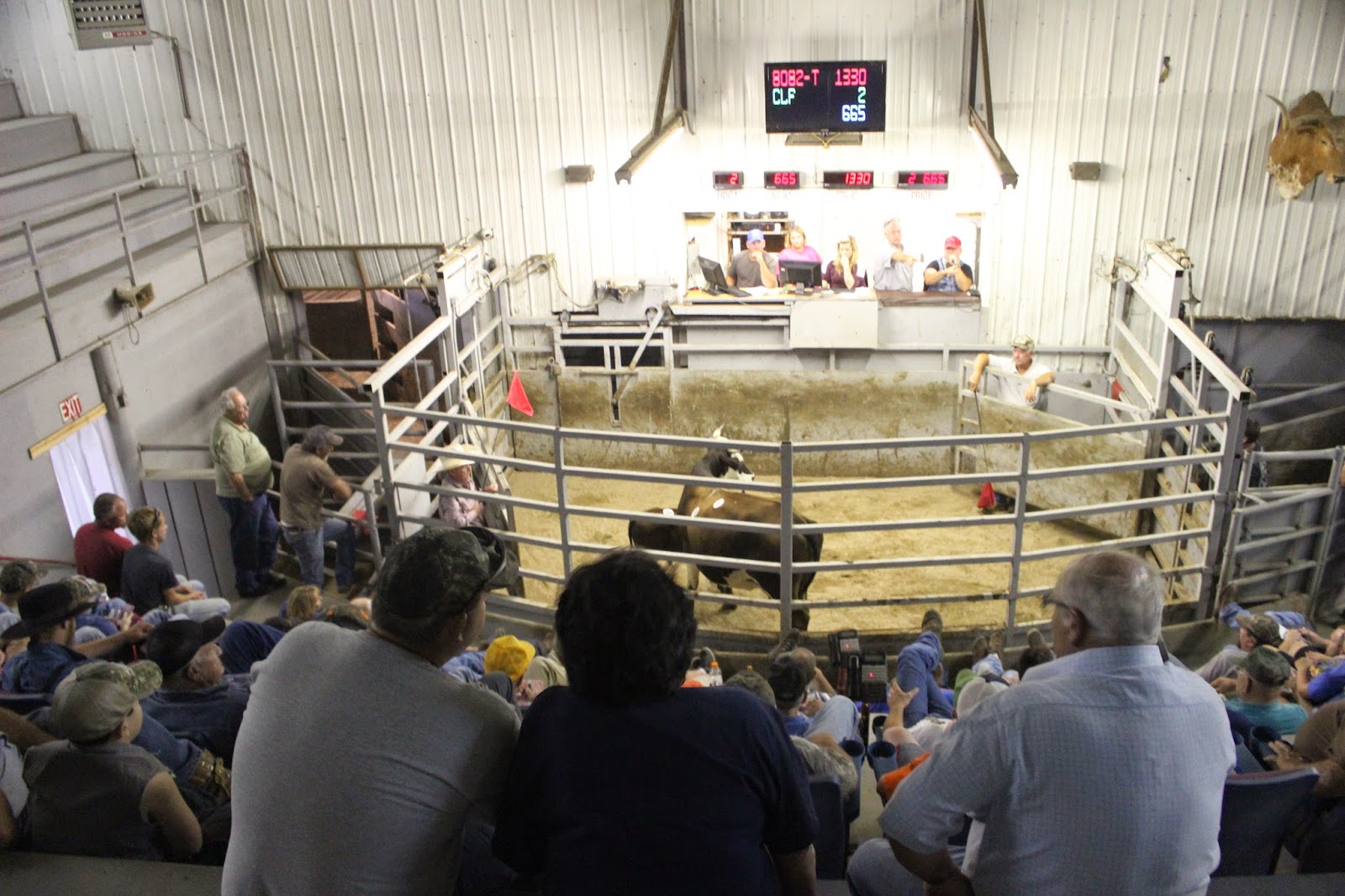 Two cowboys stand behind a barricade in the pen and gently slap at the cattle with red flags in order to get them to move around a little. 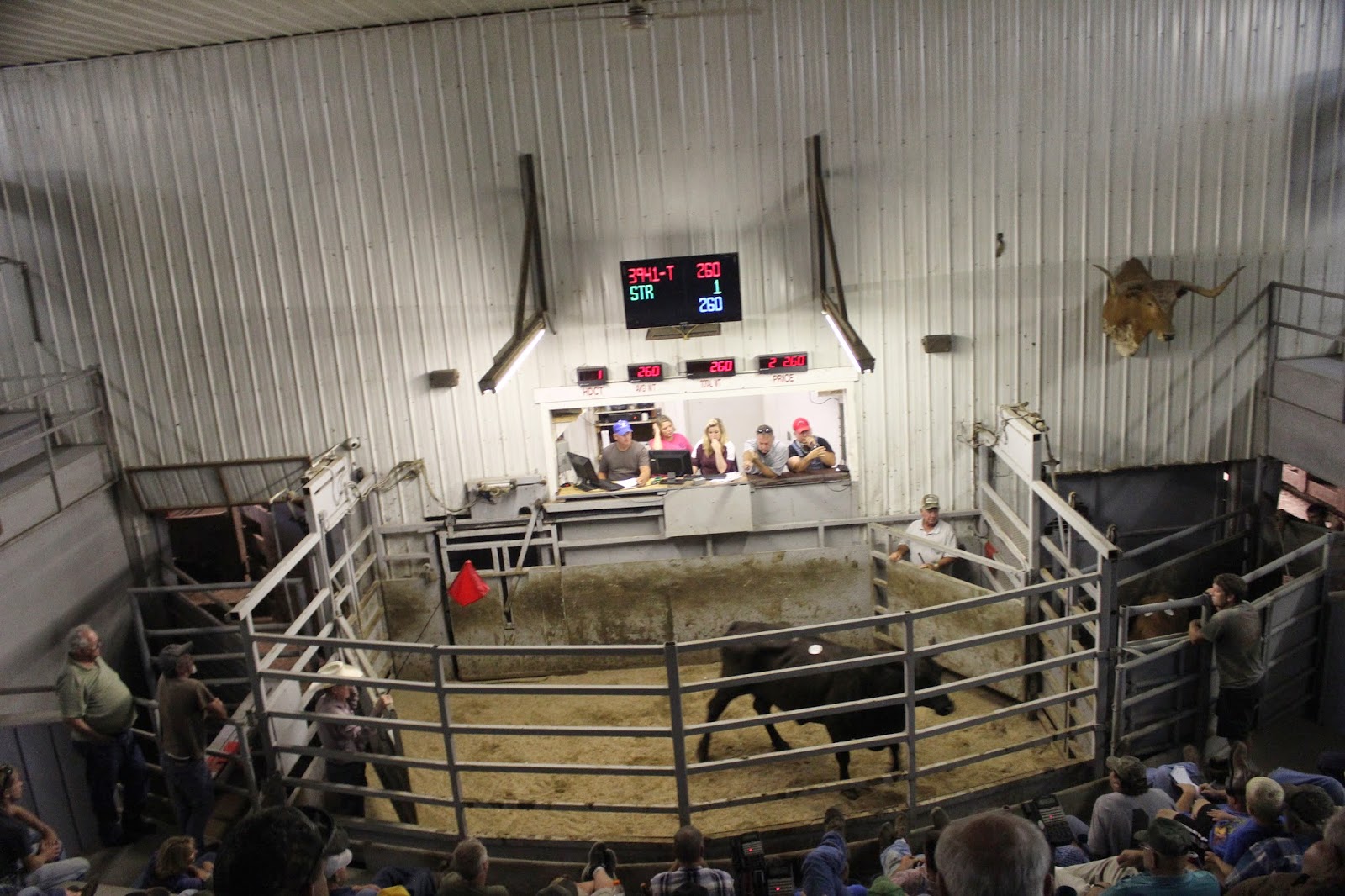 In less than a minute the bidding was over and the cow was herded out and another one was brought in.  It was fast paced and exciting to watch.  Our friends purchased a cow and her calf, so they were happy.  I sat on my hands and didn't buy a cow, so my husband was happy.  And I managed to not step in any piles of cow poop, so I was happy.  It was a fun experience.
﻿ 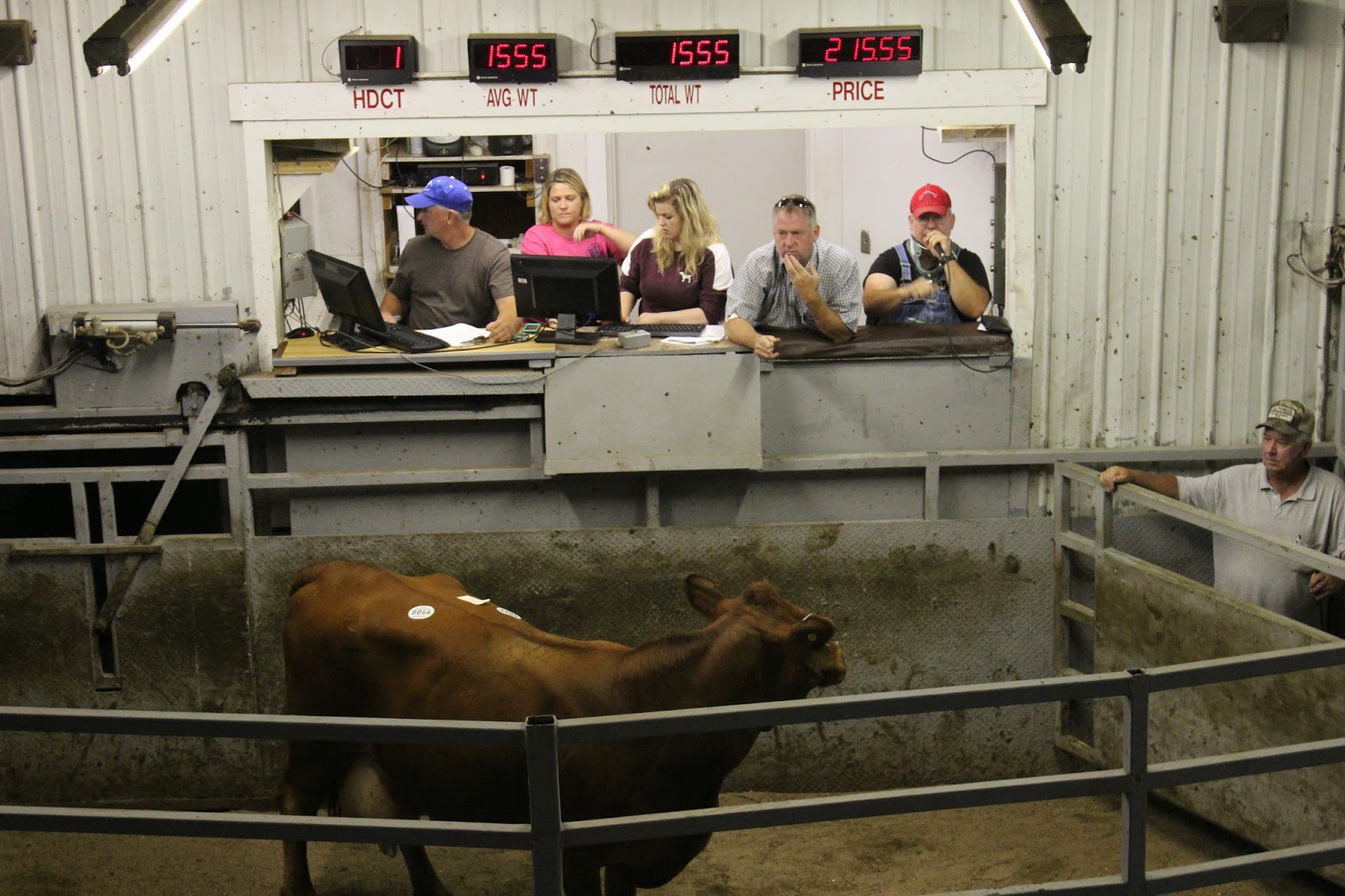