When you think Moonshine, what comes to mind?  Coiling copper stills hidden deep in the backwoods, sacks of corn and rusty pickup trucks laden with liquor filled glass jugs?  If you do, then that’s not far from the truth. Today, Spencer Balentine is carrying on a family tradition, except this time, he’s doing it legal, by way of his Silver Trail Distillery and LBL Moonshine products. 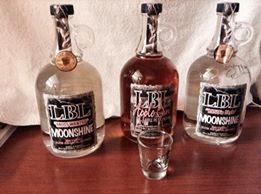 (photo courtesy and property of Silver Trail Distillery)
I recently had the opportunity to tour the Silver Trail Distillery and meet Spencer Balentine and his beautiful wife, Shelia.  Spencer is usually decked out in his trademark black hat and a black jacket that was designed by Elvis Presley’s Memphis clothier, Hal Lanky, but on the day of our meeting he was casually dressed and oozed southern hospitality.  He has the soul of a renegade with the country outlaw vibe of a Hank Williams Jr or a Waylon Jennings.  Spencer charms you with a shy grin and a laid back demeanor, but underneath it all lays the heart of a PT Barnum showman who has bourbon running through his veins.   He has a wicked sense of humor and with his slight southern drawl he is quick to spin a tale and clearly enjoys sharing his colorful history. 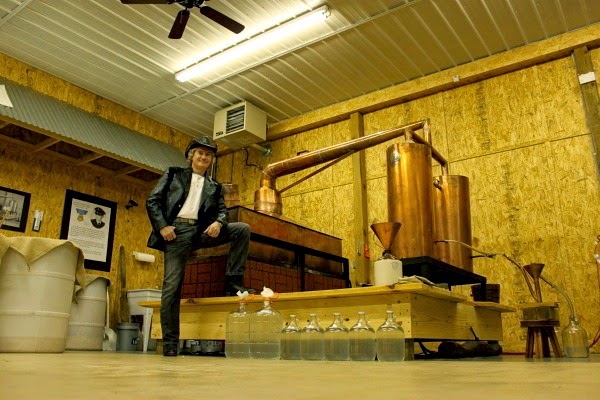 (photo courtesy and property of Silver Trail Distillery)
Spencer owned Kentucky’s largest Yamaha/ATV dealership for 30 years and traveled the country for a while as a champion motorcyclist.  But his heritage is steeped in corn, sugar and 100 proof ‘shine.  His father, Thomas, was a legendary moonshine runner in the LBL area back in the 1950’s.  Thomas used his wife’s grandfather's “good drinking” recipe, and made moonshine using a distilling process that utilized a custom square still called a wagon bed.  The wagon bed still was designed and built by Spencer’s great-uncle Casey and was tweaked with a special round condenser instead of the usual coiled tube.  The current still at Silver Trail Distillery is a replica of the original still designed by Spencer’s great uncle. 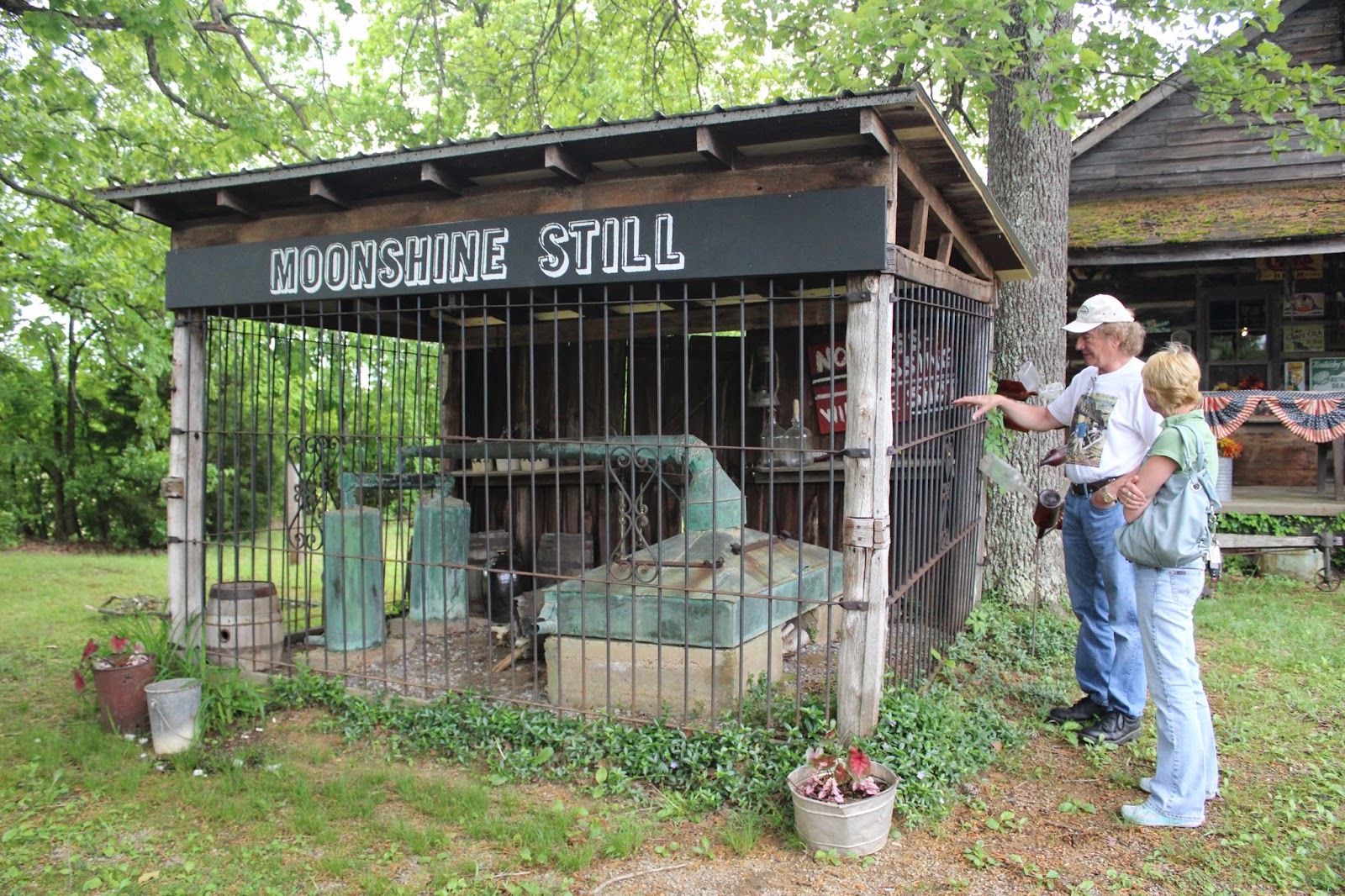 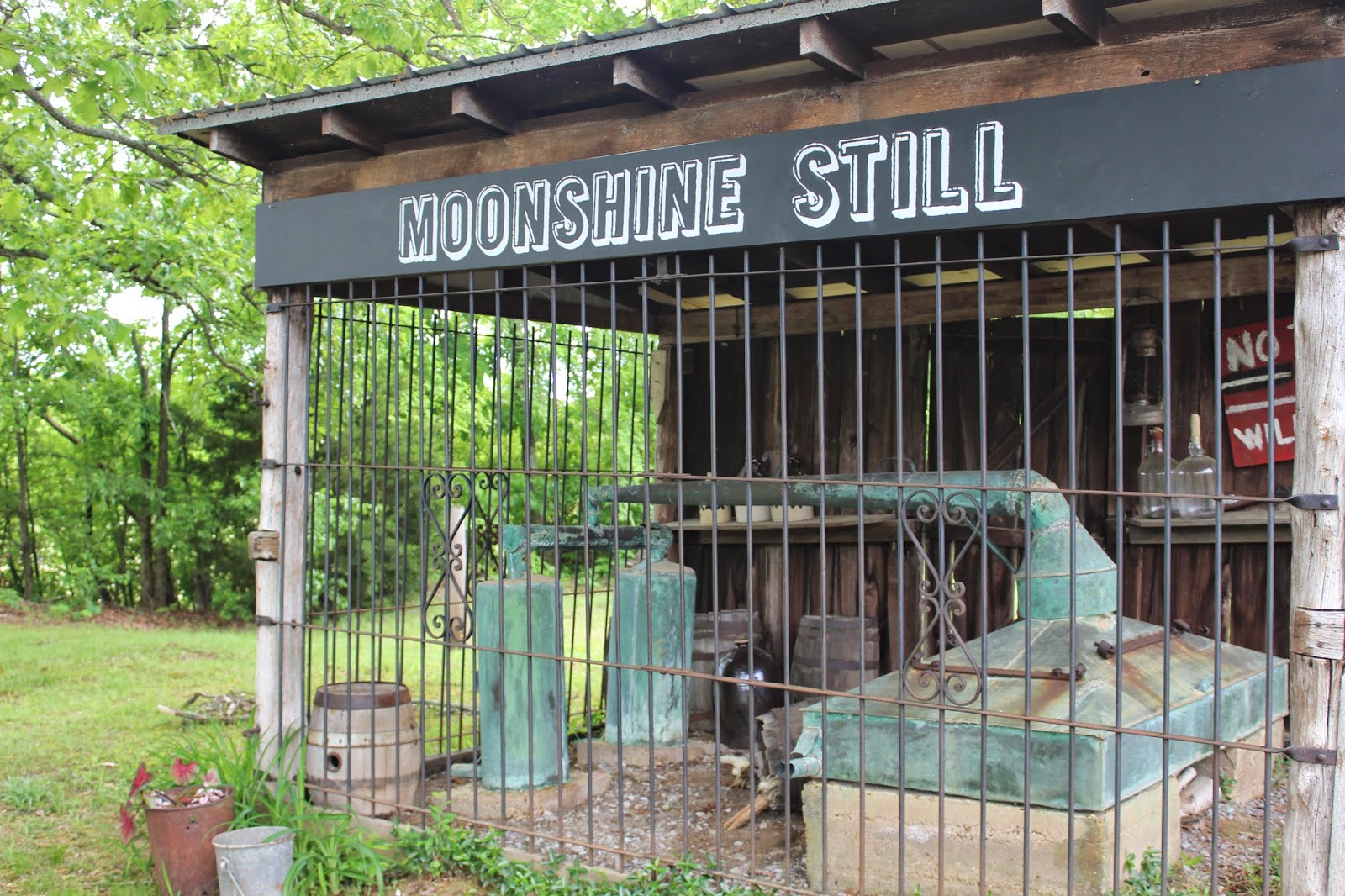 As Spencer explains, “This is my Grand-Uncle Casey Jones' still on display at The Hitching Post in Aurora. He made this in 1947 and the Feds seized it a few months later and chopped the bottom, then gave it to the Hitching Post for a display. After a few weeks, another relative "borrowed" it back, fixed the bottom, then 2 years later the Feds took it once again. This time the Hitching Post had to fill the whole thing with concrete in order to get it back. I measured and had it doubled in size for my original LBL still for Silver Trail. Uncle Casey is from Mom's side of the family and my uncle Rink on Dad's side designed the two condensers system. Before that, Casey used the "worm coil" like you see on the movies - Thank you Uncle Casey and Uncle Rink!” 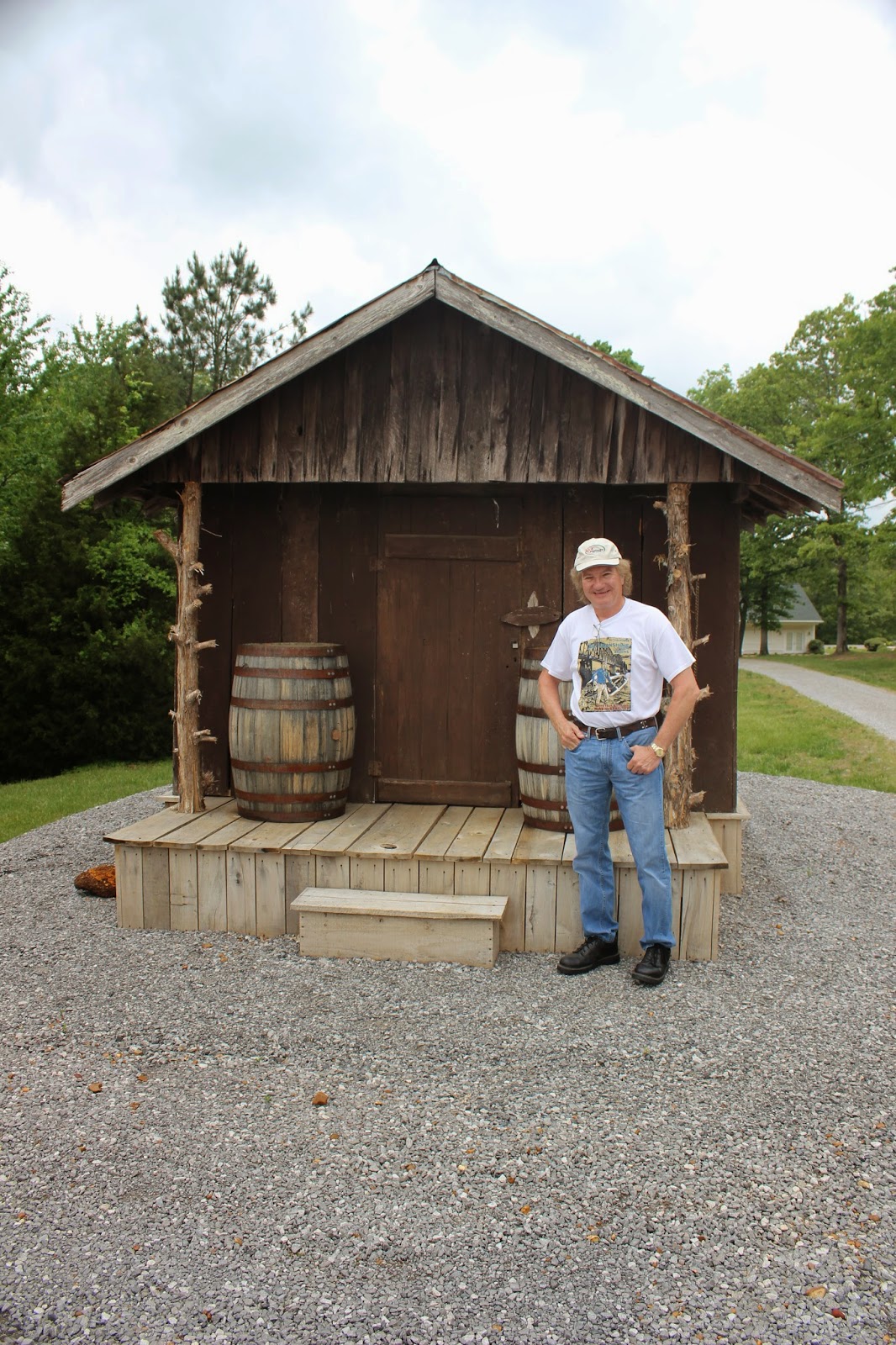 As he led us through his distillery he shared stories of growing up with a moonshine runner for a father.  Tales about Feds chasing Thomas down dirt back roads, Spencer sitting in his daddy’s truck with his feet atop cases of shine, stills concealed in old smokehouses and finally, how his daddy had to sink his truck full of moonshine in the Cumberland River to escape capture.  It was a wild ride.  But my favorite story was when Spencer taught us how to sip bourbon.  Many people don’t know the proper way to drink bourbon and will shoot it fast like a shot.  Spencer leaned back against the wooden wall, crossed his arms and grinned.  “My granddaddy sat me down when I was eight years old and said he was gonna teach me the proper way to drink bourbon.  You take a regular sip, close your mouth and swish it around on your tongue a little.  Then let it ease down.  Once you feel it hit your stomach and warm a bit, open your mouth a little.  You’ll get a good corn taste in your mouth and it won’t burn at all.” 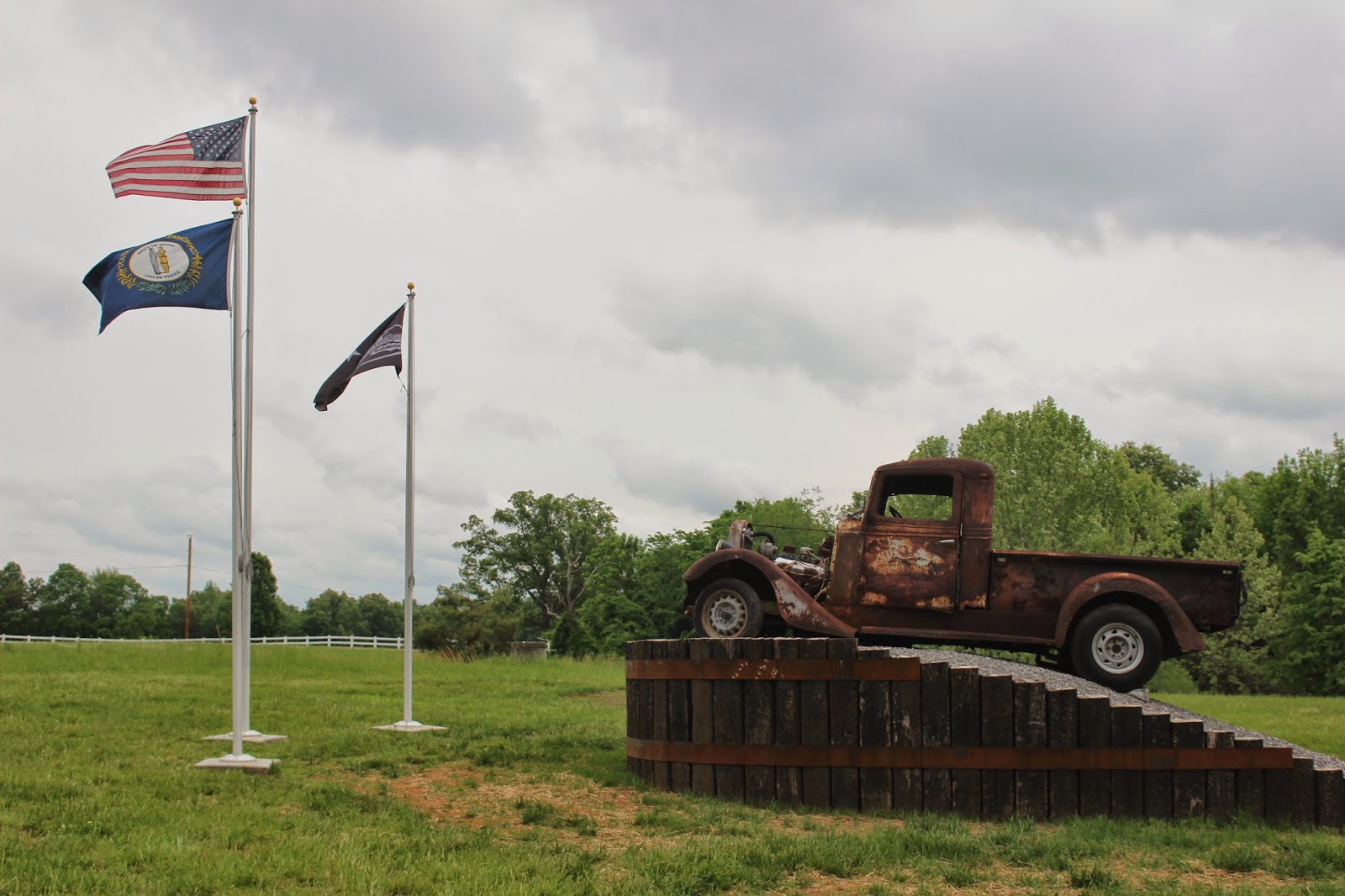 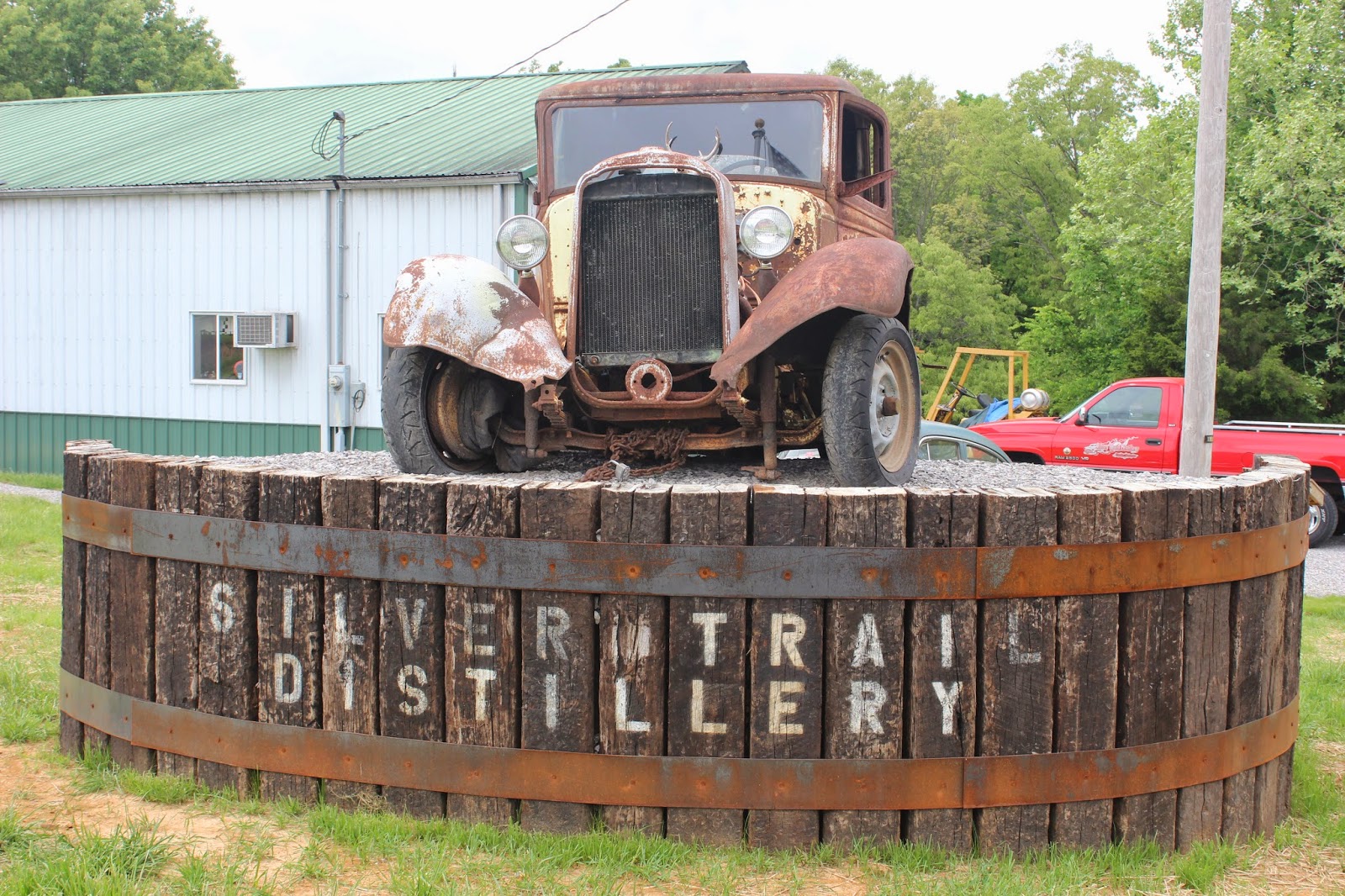 Spencer knows how to have a good time but he’s all business when it comes to preserving his heritage and distilling a damn fine, award winning moonshine.  A majority of the old, illegal moonshine was made using low grade, chicken scratch corn.  LBL Moonshine is made using food grade yellow corn that they hand grind, in house.  The mash is naturally fermented using no added heat, which takes a bit longer, but it helps to keep the flavor in.  LBL Moonshine is also strained more than most moonshine, which helps to give it that smooth corn taste and once processed through the still, it produces approximately 1 gallon every 7 minutes. 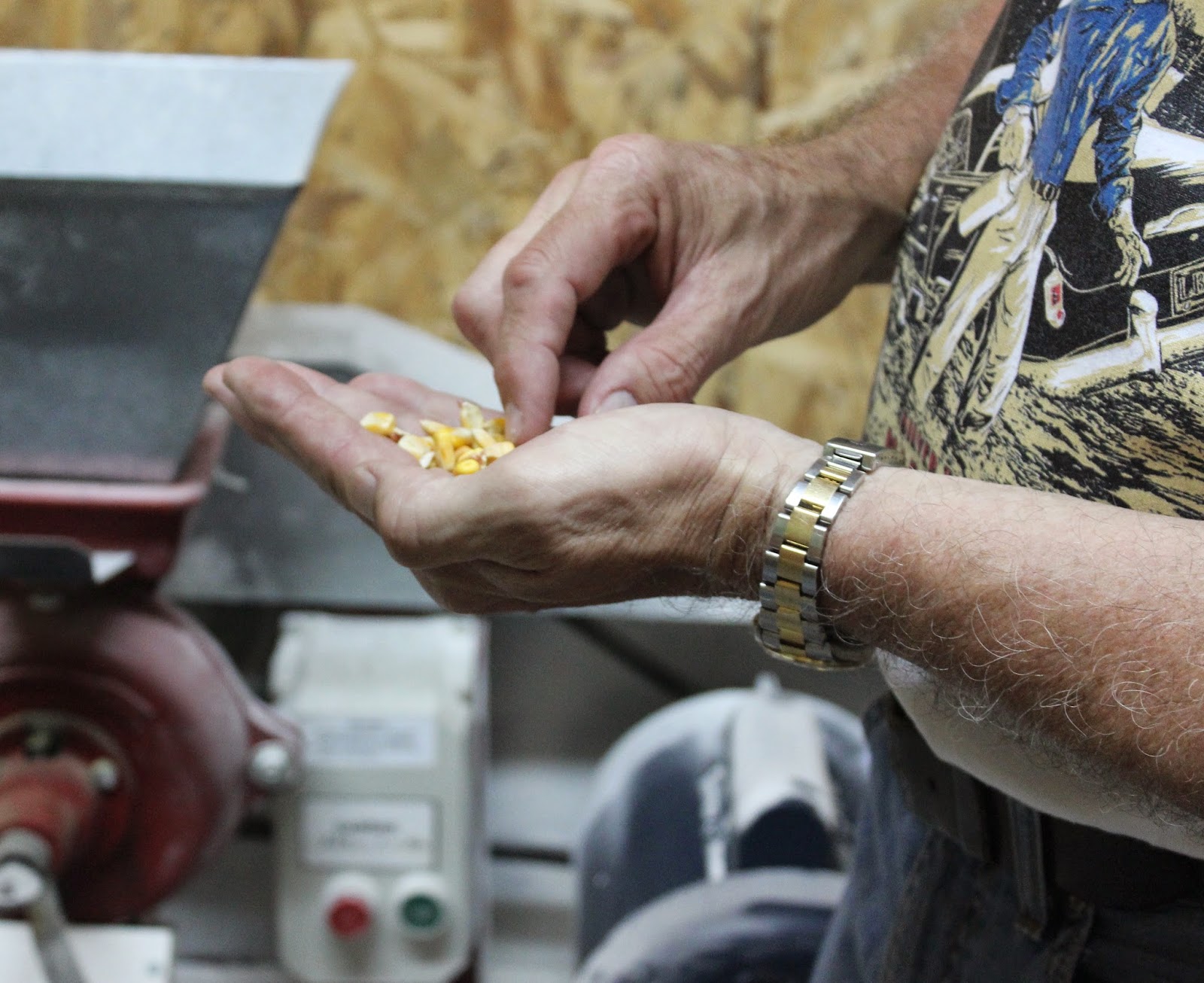 Currently, Silver Trails utilizes two copper stills -the new 300 gallon Revenoor and the 1947 square pot, 175 gallon still that Spencer’s Uncle Casey designed.  The Casey still uses a twin condenser system designed by Spencers Uncle Rink Balentine in 1952 and was recently modified by a still building friend. The SIP Award winning LBL will always be made on the Casey rig.  The LBL Jr. and the flavors are produced on the 300 gallon tower still.  Finally, the labels on the bottles were custom designed by Spencer himself and give a nod to his Golden Pond heritage because he used a 1947 map of the LBL area. The car is a photo of his dad’s favorite moonshine car and the still is a recreation of his uncle’s 1947 design.  The labels are unique and a tribute to his family. 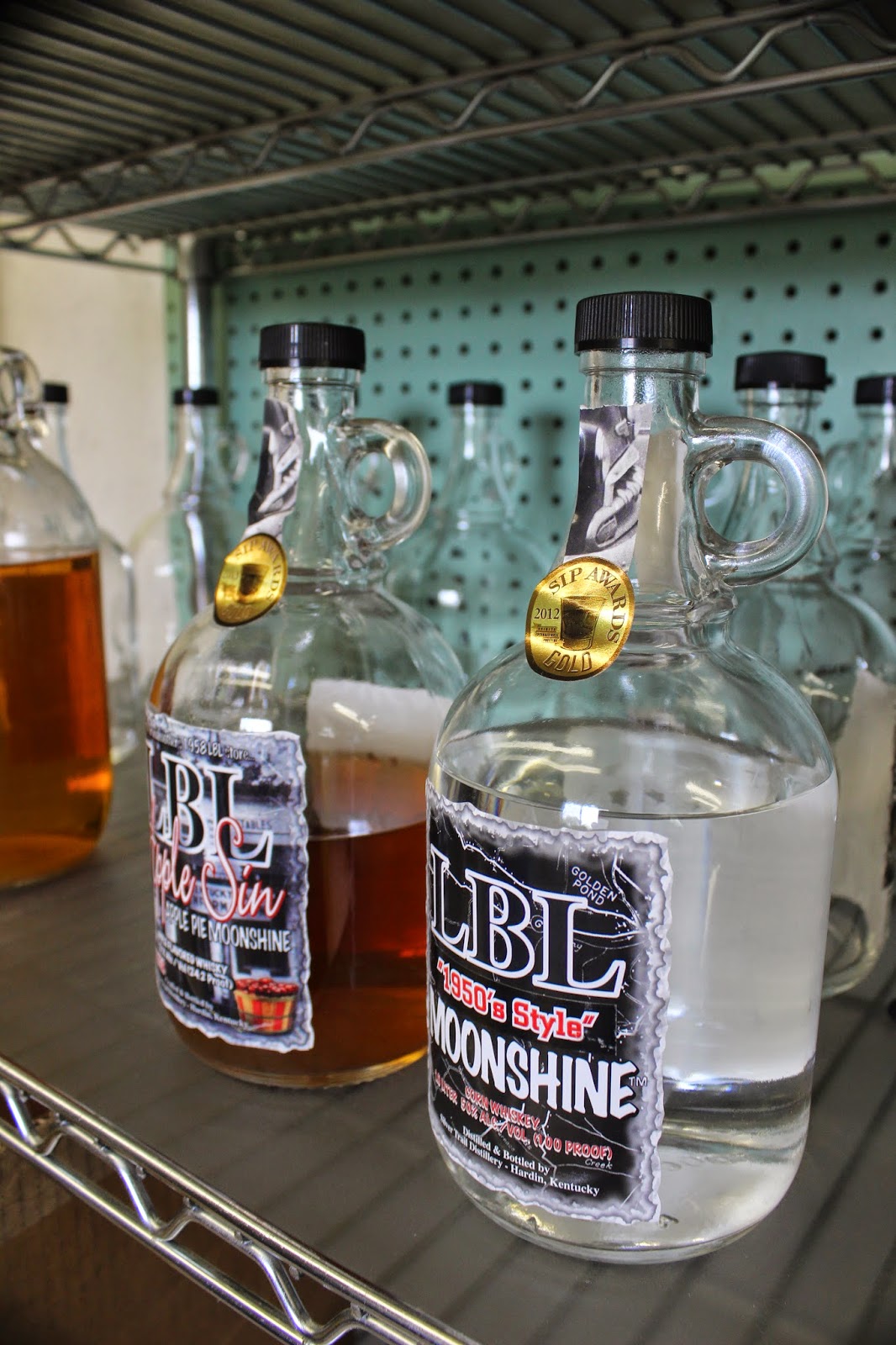 Silver Trail Distillery opened in 2011 and ironically, it is located in dry Marshall County. In 3 short years it has joined the ranks of the legendary Kentucky Distillers Association.  Just a few weeks ago, in mid-May, Silver Trail Distillery was a major winner at the 2014 SIP Awards.  Their LBL Apple Sin Moonshine won Platinum as the best in the flavored whisky class! Then the LBL Apple Sin Nitro won the Gold in the same class.  And for the third time the LBL 100 proof "1950's Style" Moonshine won the Gold in the un-aged (moonshine) class.  By winning the SIP Gold Medal in the un-aged (moonshine) category for the third time in a row, LBL became the highest rated and most decorated 100 proof Moonshine in the world.  That’s quite an accomplishment for a distillery that’s less than 5 years old. 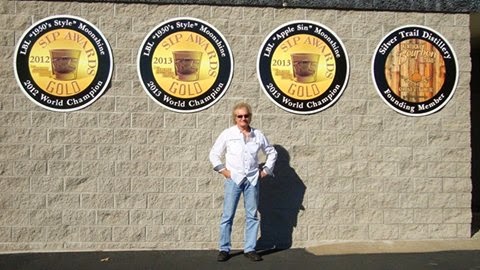 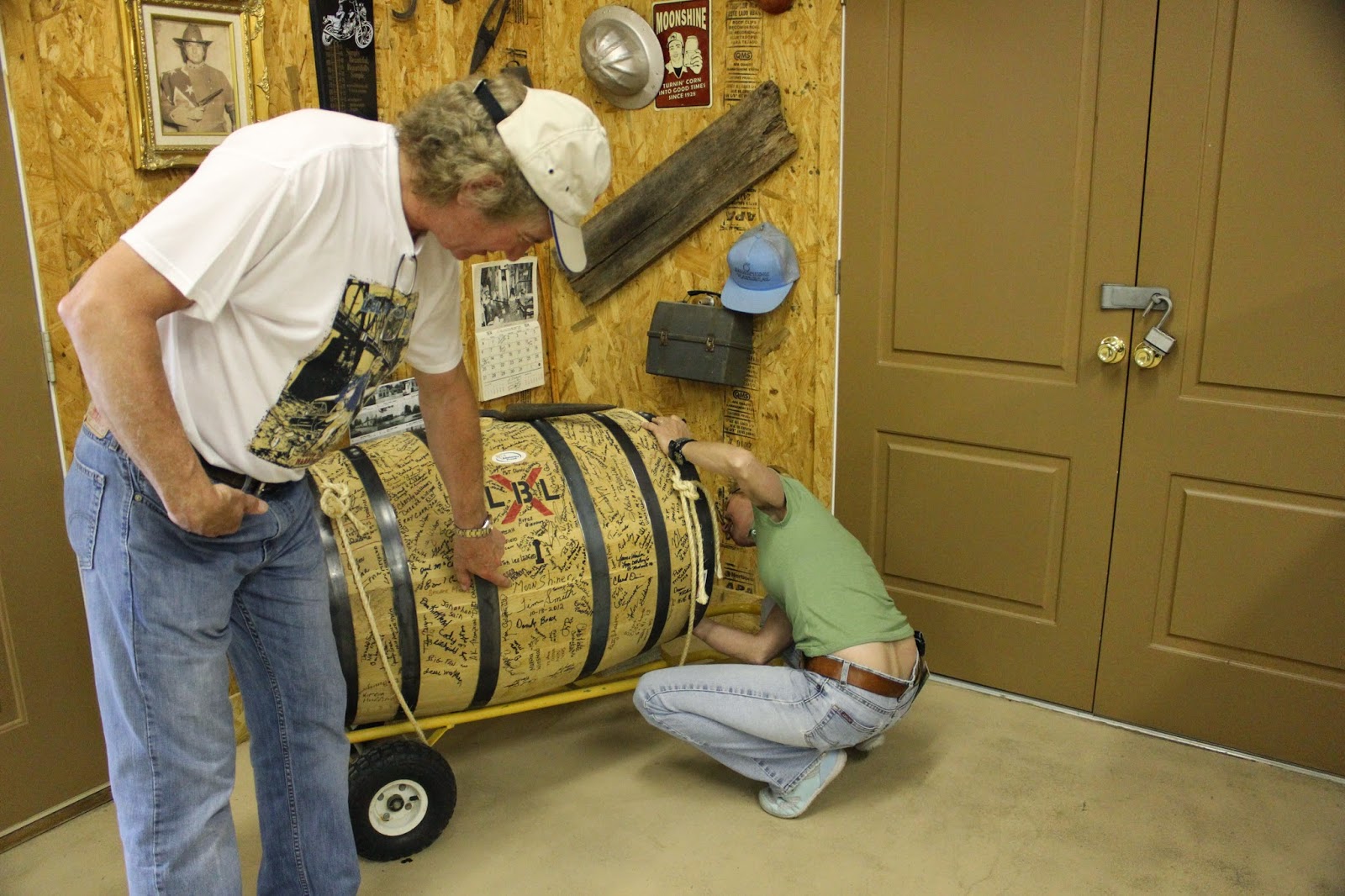 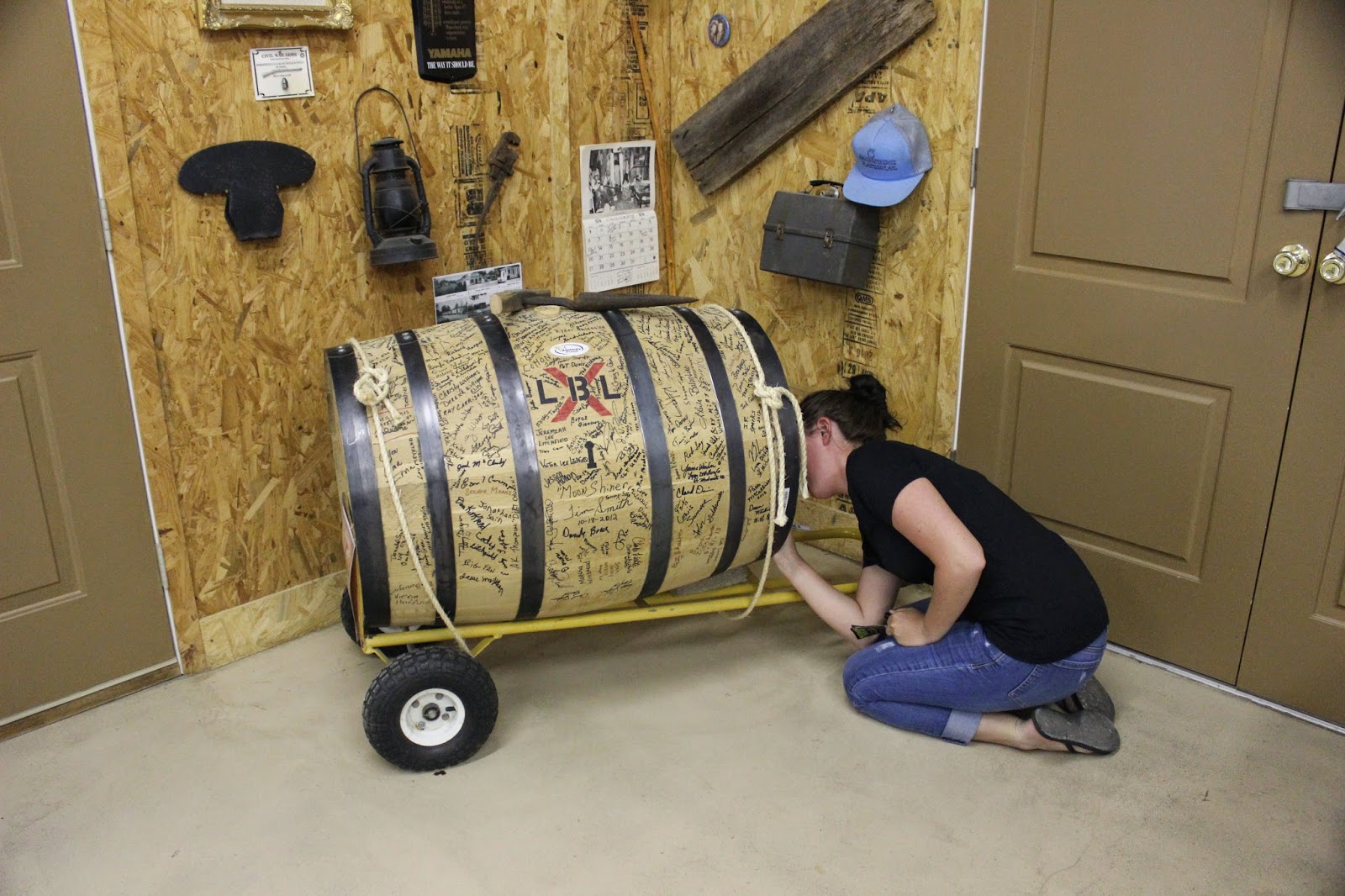 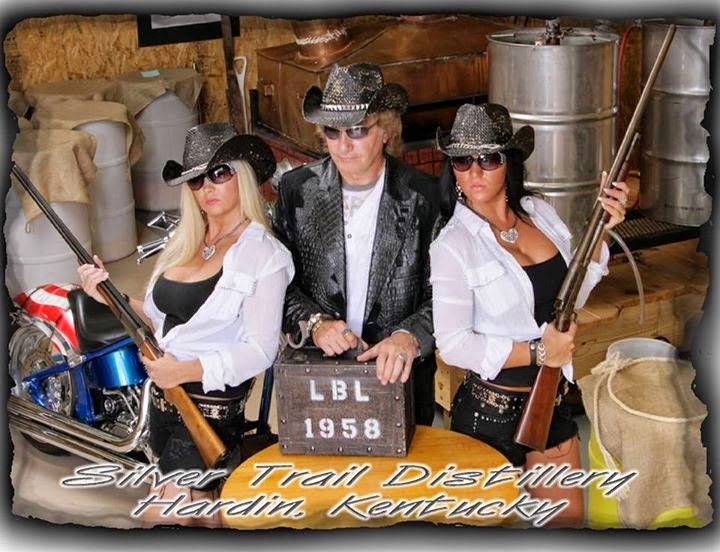 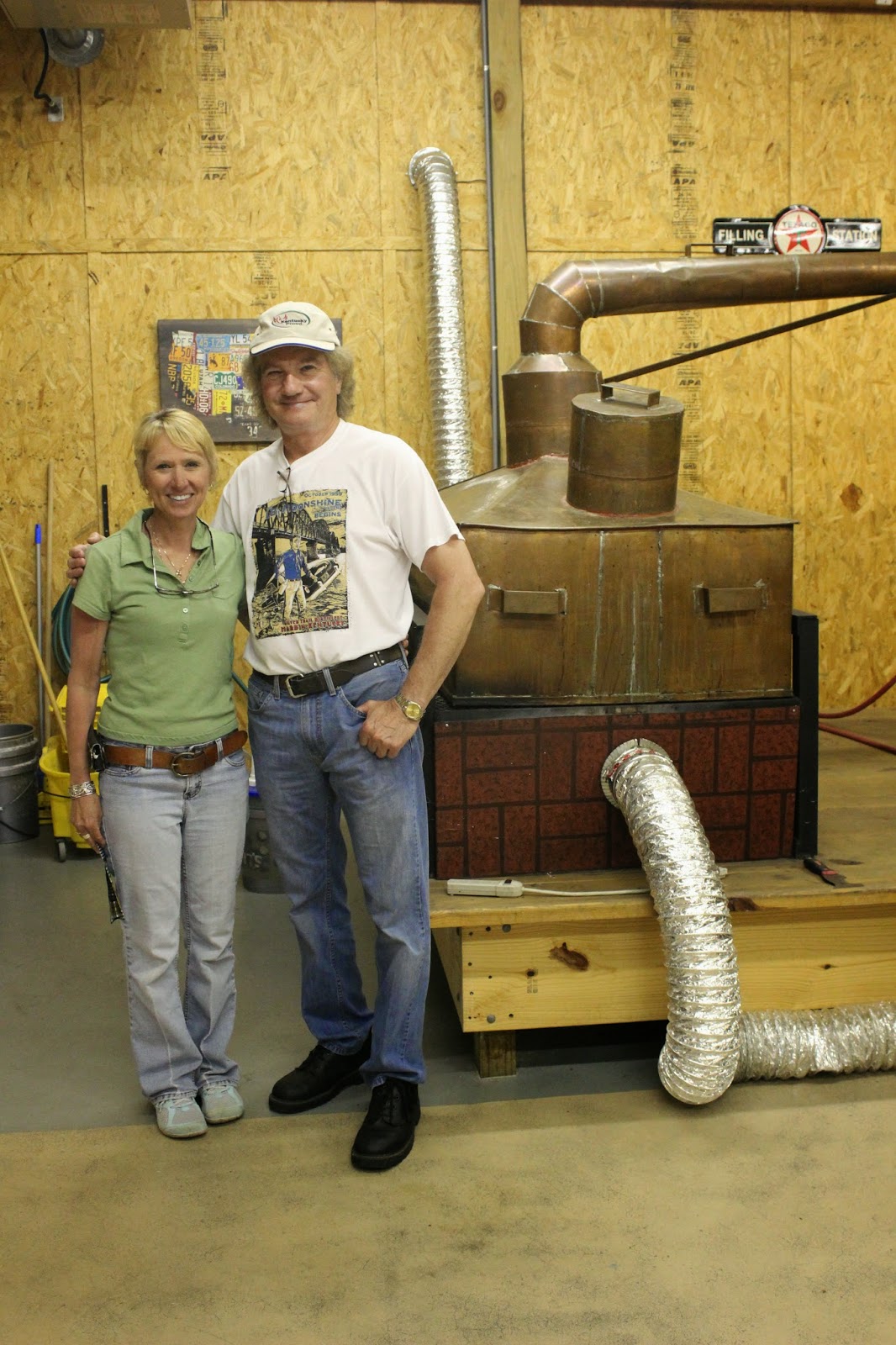 Of course, once I got home I had to conduct my own moonshine taste test.  I selected the Apple Sin flavor.  I poured myself a shot in my official LBL Moonshine shot glass and I sipped it down exactly like Spencer told me to. 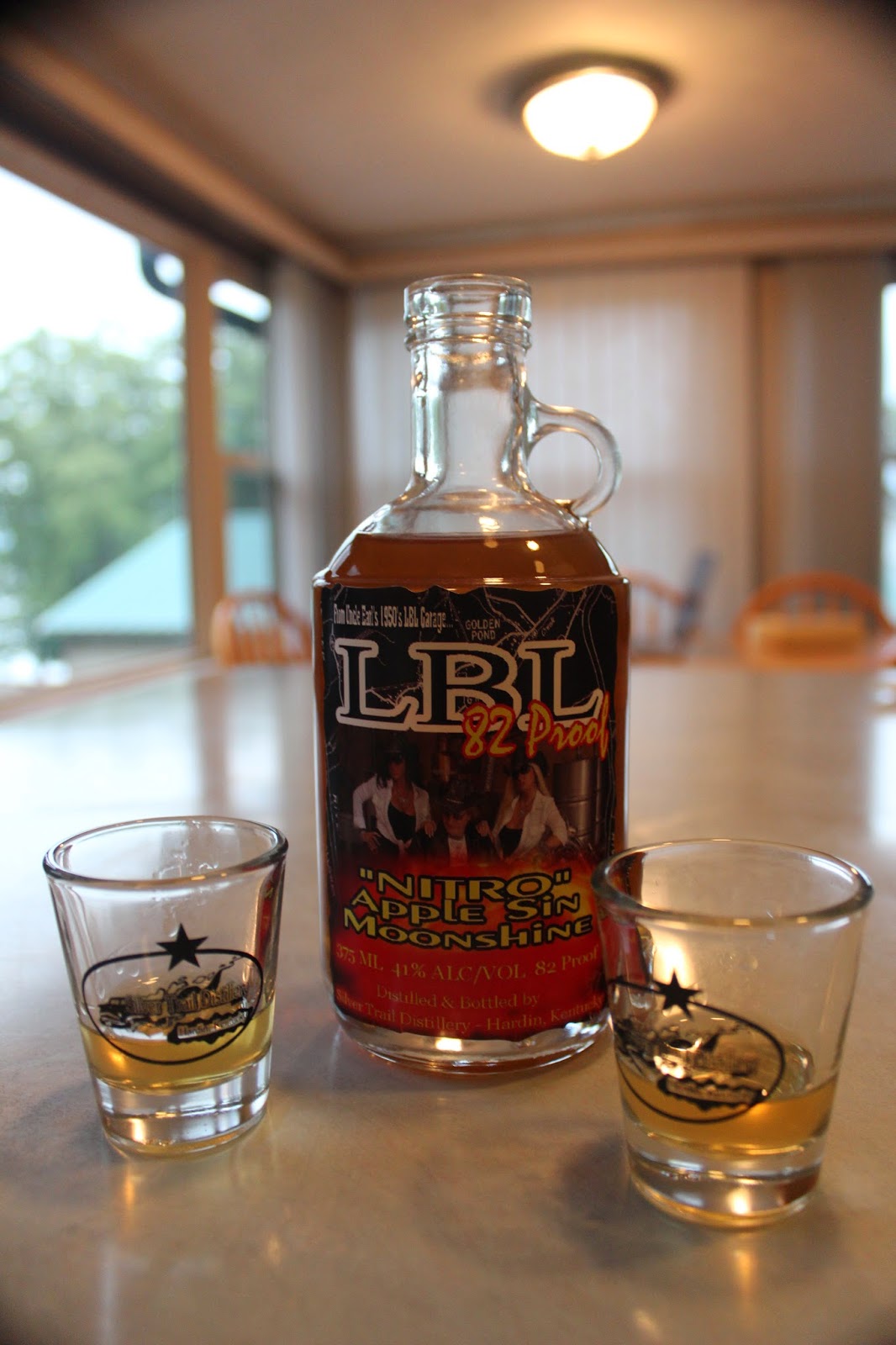 I took a regular sip, closed my mouth and swished it around on my tongue.  Then I let it ease down slow.  Once it hit my stomach and warmed a bit, I opened my mouth a little.  And the man is 100 percent correct - smooth as silk, no burn and tasty on top of it.
Spencer Balentine is proud to have legally brought his family’s moonshine product full circle.  I know that Spencer is grinning as he drives along the Silver Trail, preserving his heritage, one jug at a time.  I believe he’s done his daddy proud.
﻿
Please visit the Silver Trail Distillery website.  Their distillery is open at select days and times for tours.  Call for hours and pricing.  They are located in Hardin, KY.  Also be sure to visit their museum, located in Aurora, KY on Highway 68, across the street from The Hitching Post.  I've got a post coming up on that in a few days, so be sure to come back and check it out.
Visit their FB page 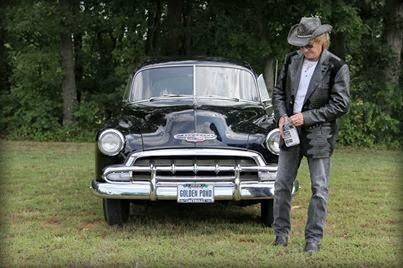 Thank you Shelia and Spencer for the guided tour.  It was a lot of fun!
Posted by Kim@Snug Harbor at 8:31 AM