On Saturday my daughter graduated from college! 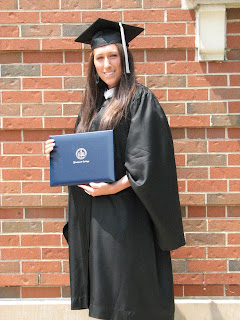 And she graduated Magna cum laude, of which I am so extremely proud of her.  School has never been easy for her.  In fact, when she was in grammar school I occasionally had my doubts on whether she'd finish high school.  She had a hard time with math - every single year.  She did poorly on any kind of test.  It took her hours to do her homework.  There was often crying and screaming and meltdowns involved.  I'm embarrassed to say that on more than one occasion I threw her math book across the kitchen in frustration.  School was never easy for her. 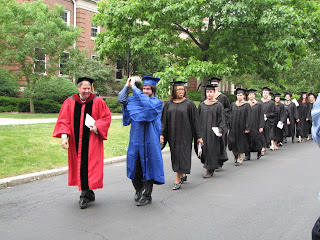 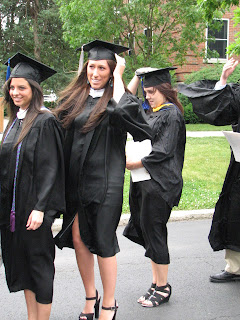 In high school she learned how to study.  She learned how to write really good papers.  She still suffered through math.  But she gained confidence. She studied for hours on end.  After the first semester of her freshman year, she managed to make the honor roll every time. 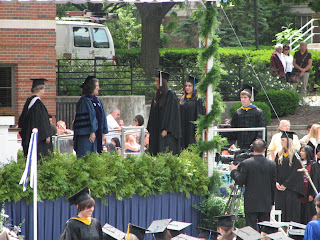 When she started college, she earned a scholarship to help pay for some of her tuition.  In order for her to keep the scholarship, she had to maintain a B average.  The pressure was on.  Again, math was a thorn in her side.  She studied, she cried, she had at least one melt down per semester.  "It's too hard, I hate school, I'll never finish," were all words that flew from her mouth multiple times.  She had a tutor, she went to math and science labs, she talked to her teachers, she learned to ask the right people for help.  And she did it!  She graduated with honors.  Because she believed in herself and she worked really hard.  She earned that Magna cum laude. 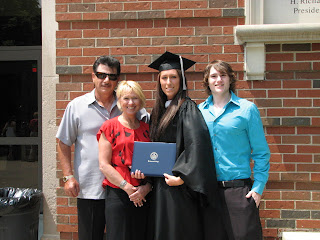 And along the way she learned to believe in herself and that she is smarter than she thinks.  She learned that nothing in life is going to be given to her and if she wants something, she is going to have to work for it.  Sometimes she has to work really hard.  But doesn't that make the victory that much sweeter? 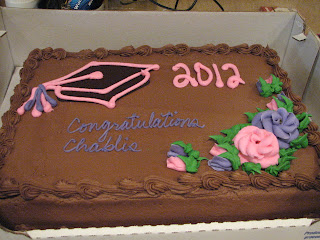 Afterwards we had an awesome party with lots of family and friends. 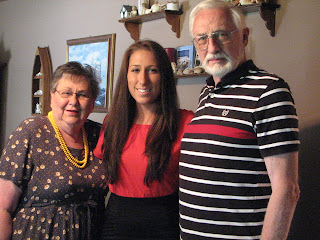 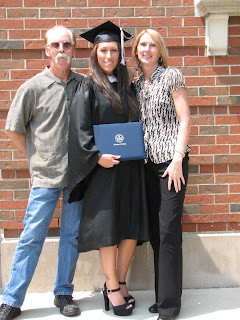 Doesn't she look happy?  Congratulations Chablis - we are so proud of you! 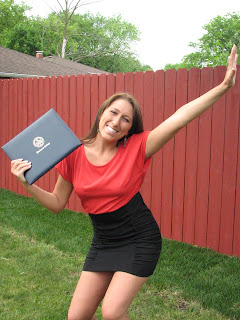