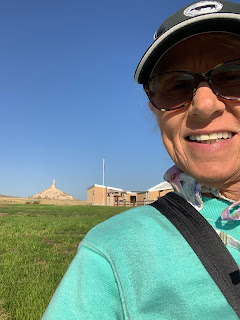 I got up early and drove over to Scott’s Bluff National Monument with the intention of going into the visitor center and then taking the 1.6 mile drive to the top. Unfortunately, nothing was going to be open for another hour and I didn’t feel like waiting. I've found that sometimes my fondness for getting up and out early will backfire on me. 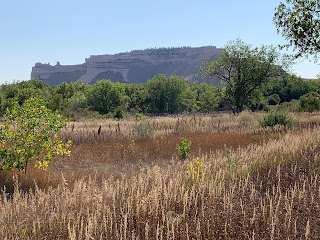 I hit the road and in no time at all I arrived at Chimney Rock which was another Oregon Trail bucket list historic site that I've wanted to see since I was a kid. It's so impressive to see it rising up on the horizon. It isn't difficult to imagine being in a covered wagon driving over the prairie 150 years ago and seeing Chimney Rock in the distance. What a thrill that must have been! 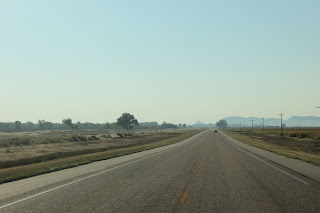 I stopped to check out another pony express marker. 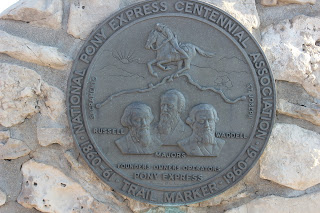 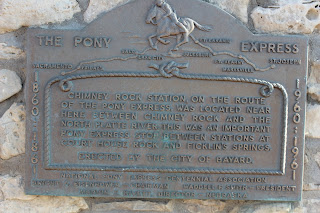 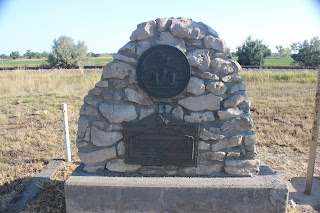 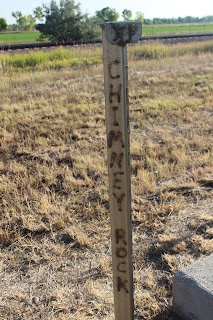 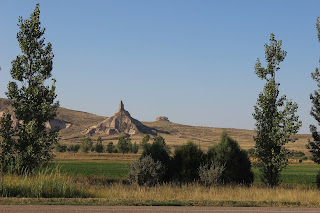 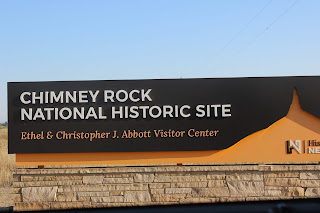 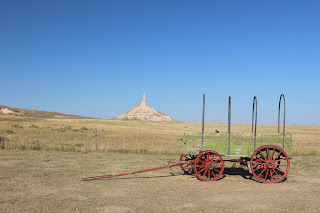 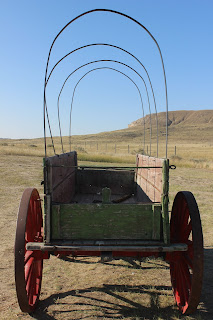 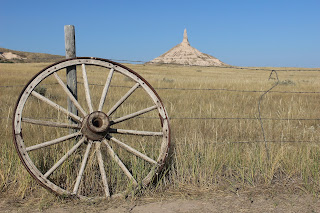 Located nearby is the Chimney Rock Museum.  If you're in the area, please stop by.  It's loaded with interesting artifacts and if you're an Oregon Trail buff you will find plenty to interest you.  The feature that I liked the most was the interactive display where you could "load a wagon" with the necessary items for your overland journey so you could see how much really doesn't fit into a wagon you'd be living out of for almost 6 months.  It really puts a neat perspective on what the pioneers had to endure. 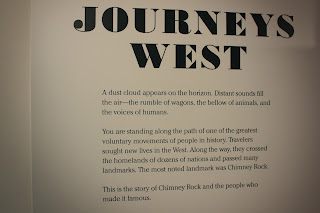 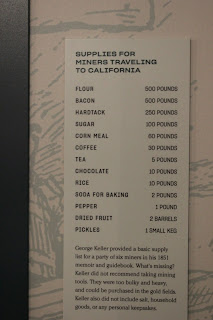 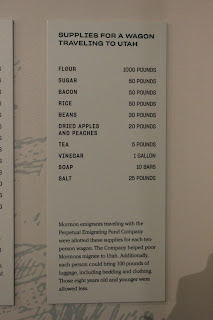 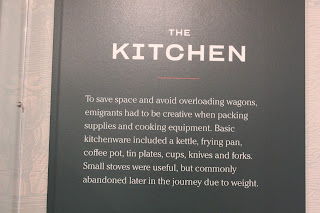 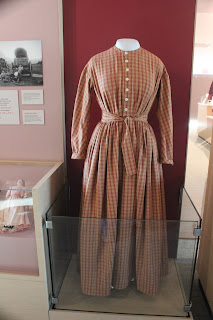 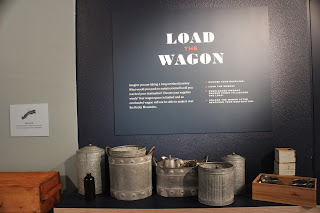 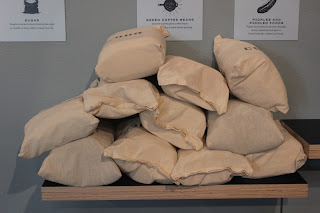 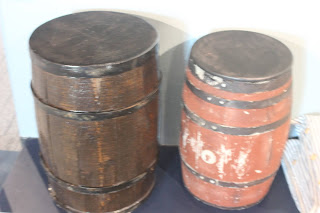 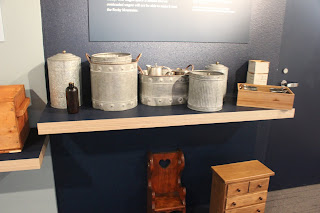 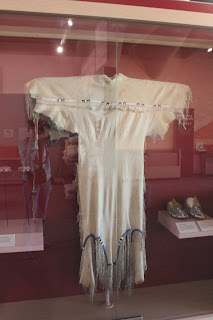 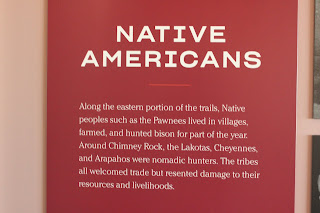 After that I continued east until I arrived at Courthouse and Jail Rock. These were the first major rock formations that the settlers came to on their journey west and was the location where the California and Overland trails merged. The drive through that section of Nebraska is really beautiful and I was happy that it was such a nice clear day for traveling. My 55 year obsession with seeing Oregon Trail landmarks was finally fulfilled and they were all worth the wait. 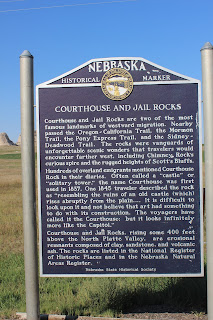 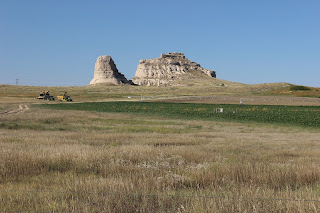 I left there and headed to Gothenburg Nebraska where I wanted to see a Pony Express Station. Unfortunately, that day they had a huge town Fall Festival going on. The streets were closed for blocks around the park where the Pony Express Station was located and craft and food booths were set up everywhere. I just didn't feel like fighting the crowds or the traffic or I turned around, got back on 80 and continued heading east.

I stopped to grab a geocache that was located outside a gift shop.  The cache was built to look like a trading post and you had to figure out how to get it open.  It was a cute cache 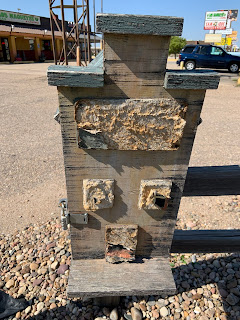 That night I stayed at Double Nickel campground which is located right off the expressway (80) with super easy on and off.  It’s a nice campground and I’m glad I made advance reservations because they were full.  It was extremely crowded and the campsites are very close together.  I even had a nice wooden swing at my campsite.  Again I wished I had my bathing suit because the pool looked inviting.   The only thing I didn't like was that the bathroom/shower had a horrible smell, kind of like rotten radishes.  I don't know what that was all about.

I fixed dinner and sat and read for awhile. It's hard to believe that I only had one more night of camping after this and then I'd be home.