I wish it wasn't almost a 2 hour drive to Nashville from the lake, because I'd be going there a lot more often.  We were really pressed for time this trip.  We can allocate about 9 hours to be gone because that's the limit that my dachshund can be left alone.  So we figured 2 hours there, 2 hours back, and then 5 hours to tour the Hall of Fame, grab lunch, and do a little walking around and geocaching.  Our trip started off on the wrong foot because there was a trucker accident on the expressway and all traffic got detoured.  It ended up taking us over 3 hours just to get to Nashville.  I was not pleased.
There is so much to see and do in Nashville and it's a great place to visit, especially for history related to The Civil War.   More importantly, it's the capital of Tennessee, and it's a country music mecca.  Home to Ryman Auditorium and the Country Music Hall of Fame, it's also the location of honky-tonks, the CMA music festival, recording studios and Printers Alley.  One of the first buildings you'll notice upon arrival is the AT & T building, also known as The Batman Building.  It really does remind me of Batman.  It's huge and imposing, don't you think?﻿ 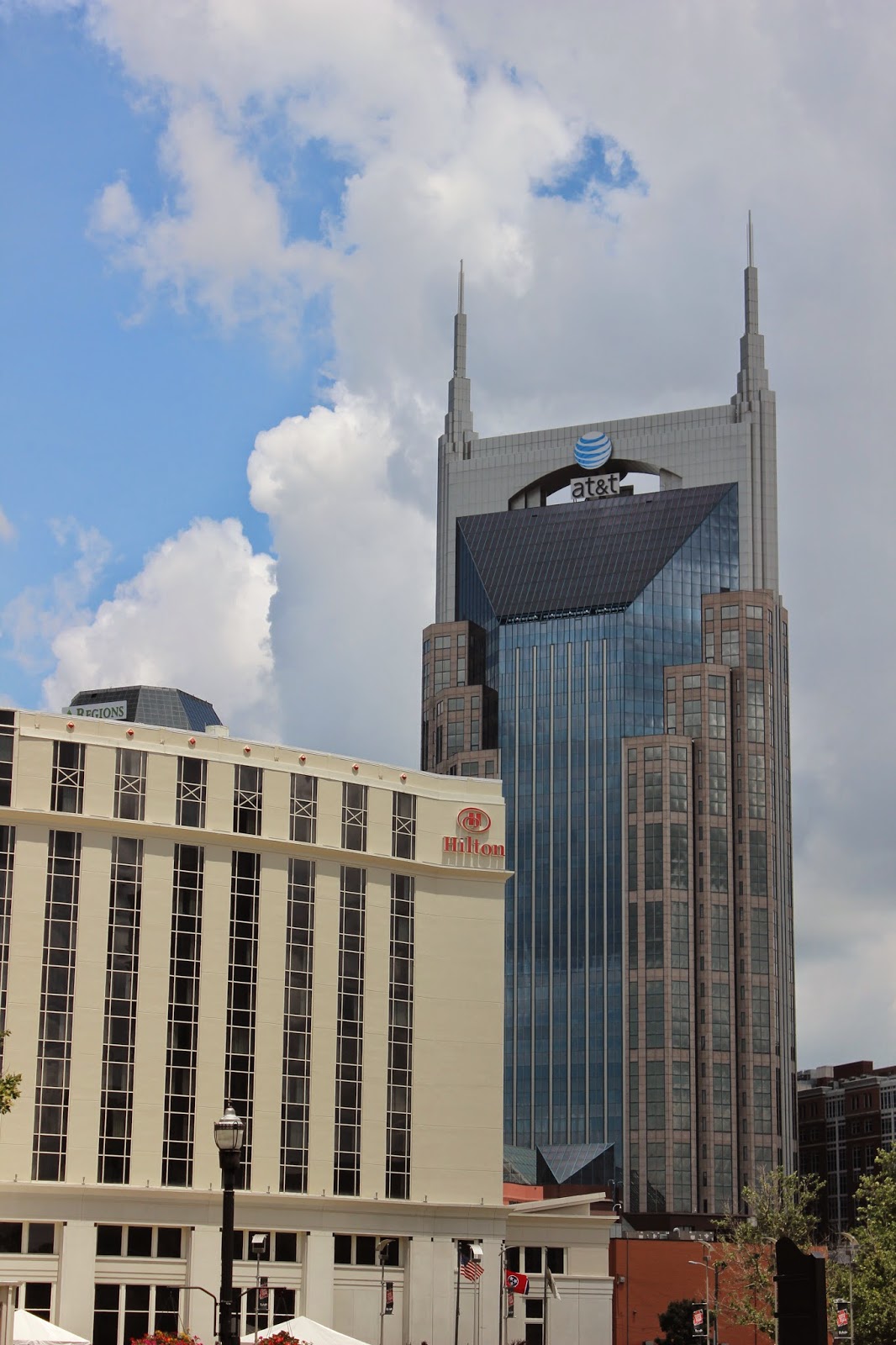 On this visit we did a little more sightseeing brisk walking around town than we have in the past.  I was fascinated by the old buildings.  The brickwork is beautiful.  A lot of the buildings are sitting empty and that's so sad.  I would love to see them filled with thriving businesses.  Nashville has a lot of room for commercial growth.  It's expanding all the time and I can see it just getting better and better. 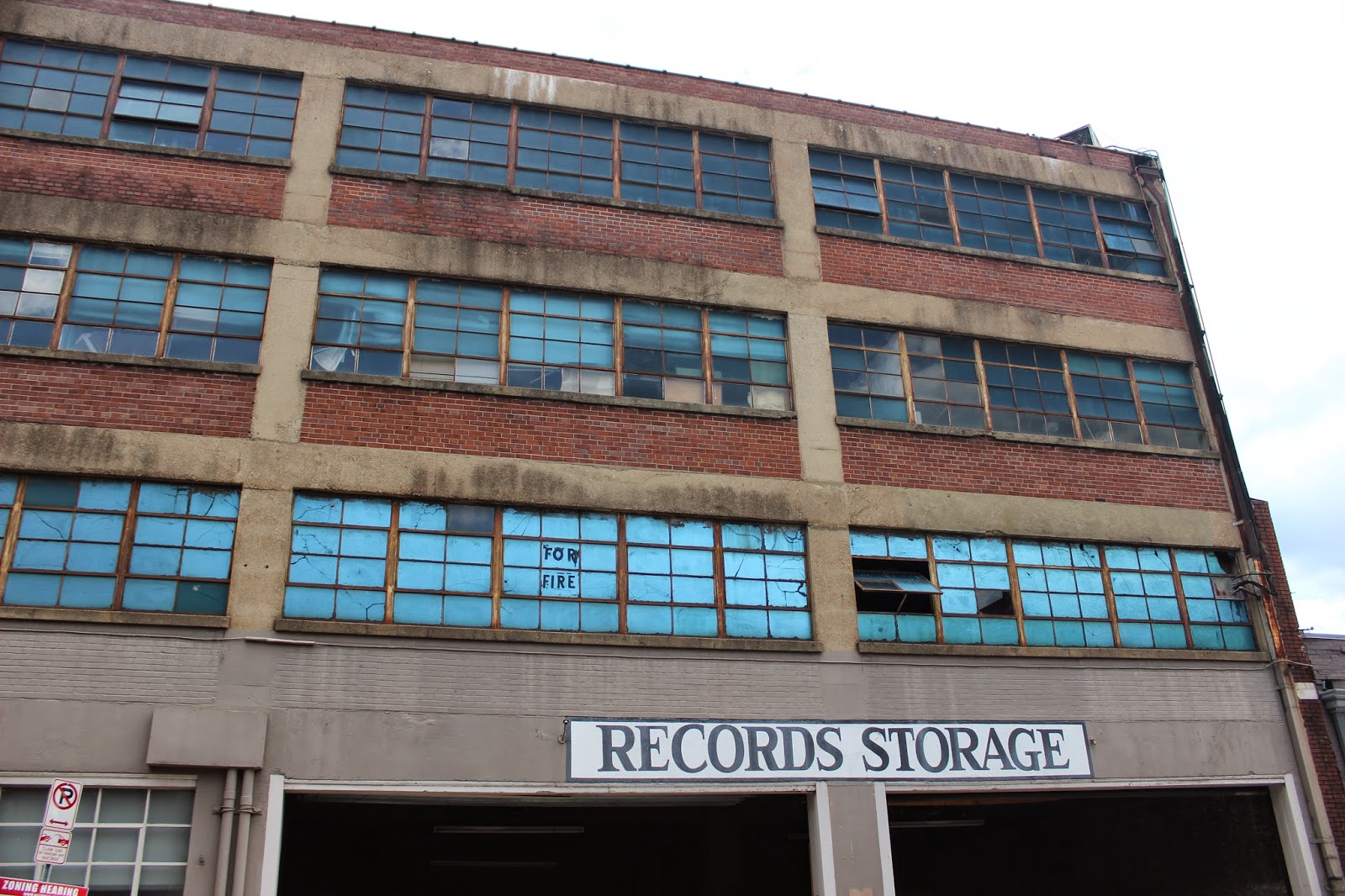 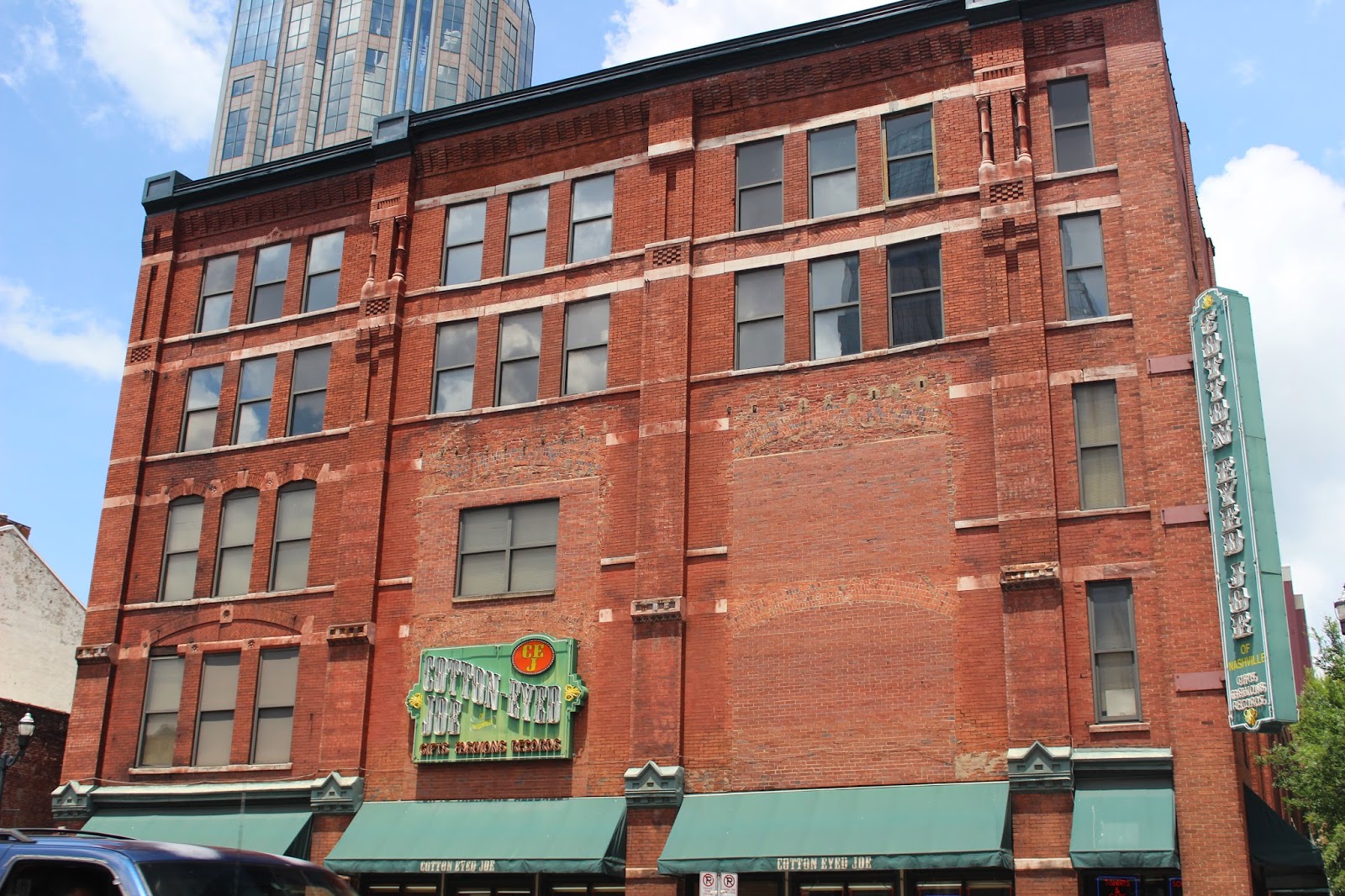 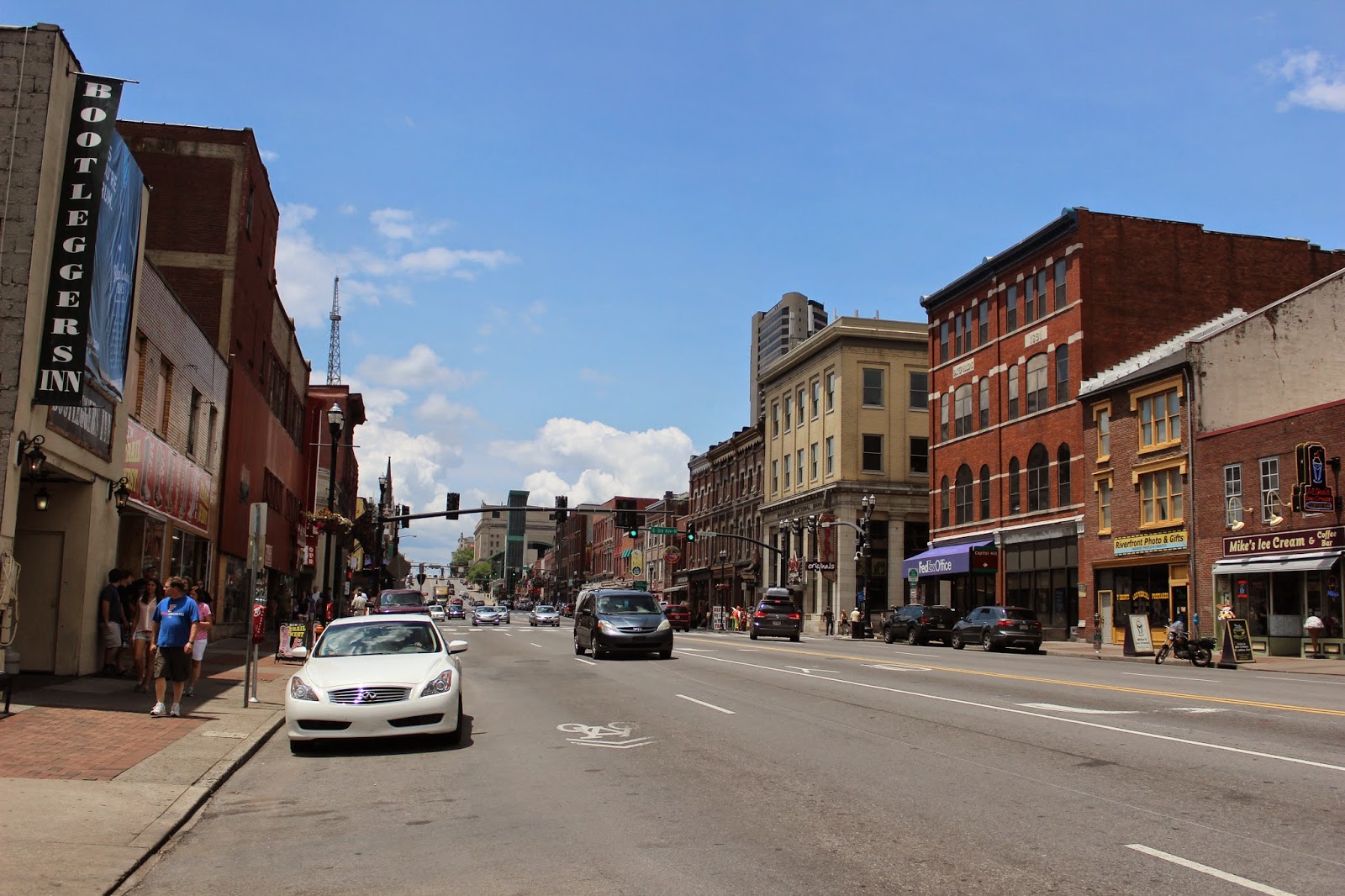 We went to the Country Music Hall of Fame and took a tour.  We've done this before but they are always changing the exhibits around and there was a new one on Miranda Lambert that Chablis and I wanted to see.  I'll be doing another post on The Hall of Fame next week. 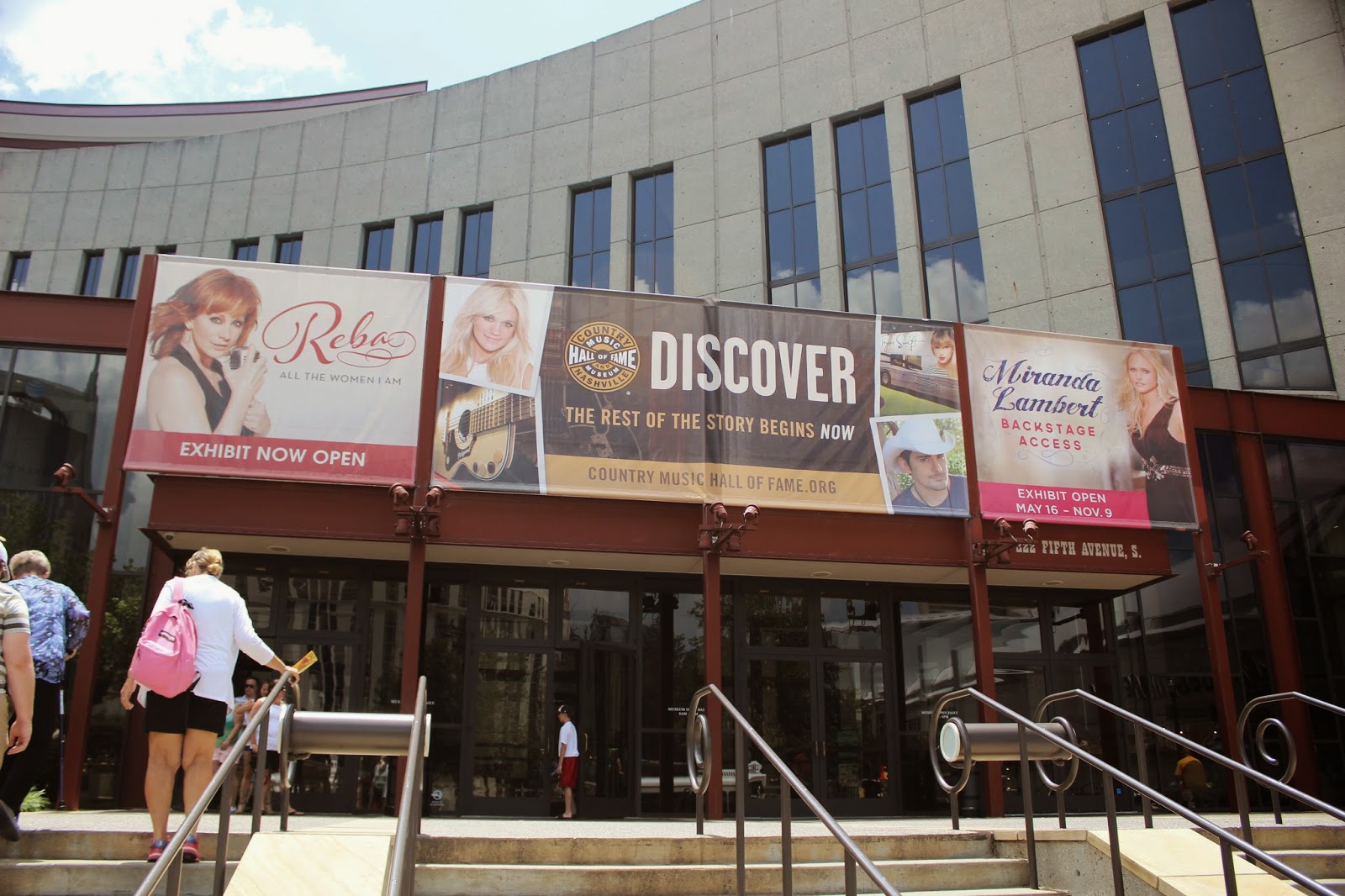 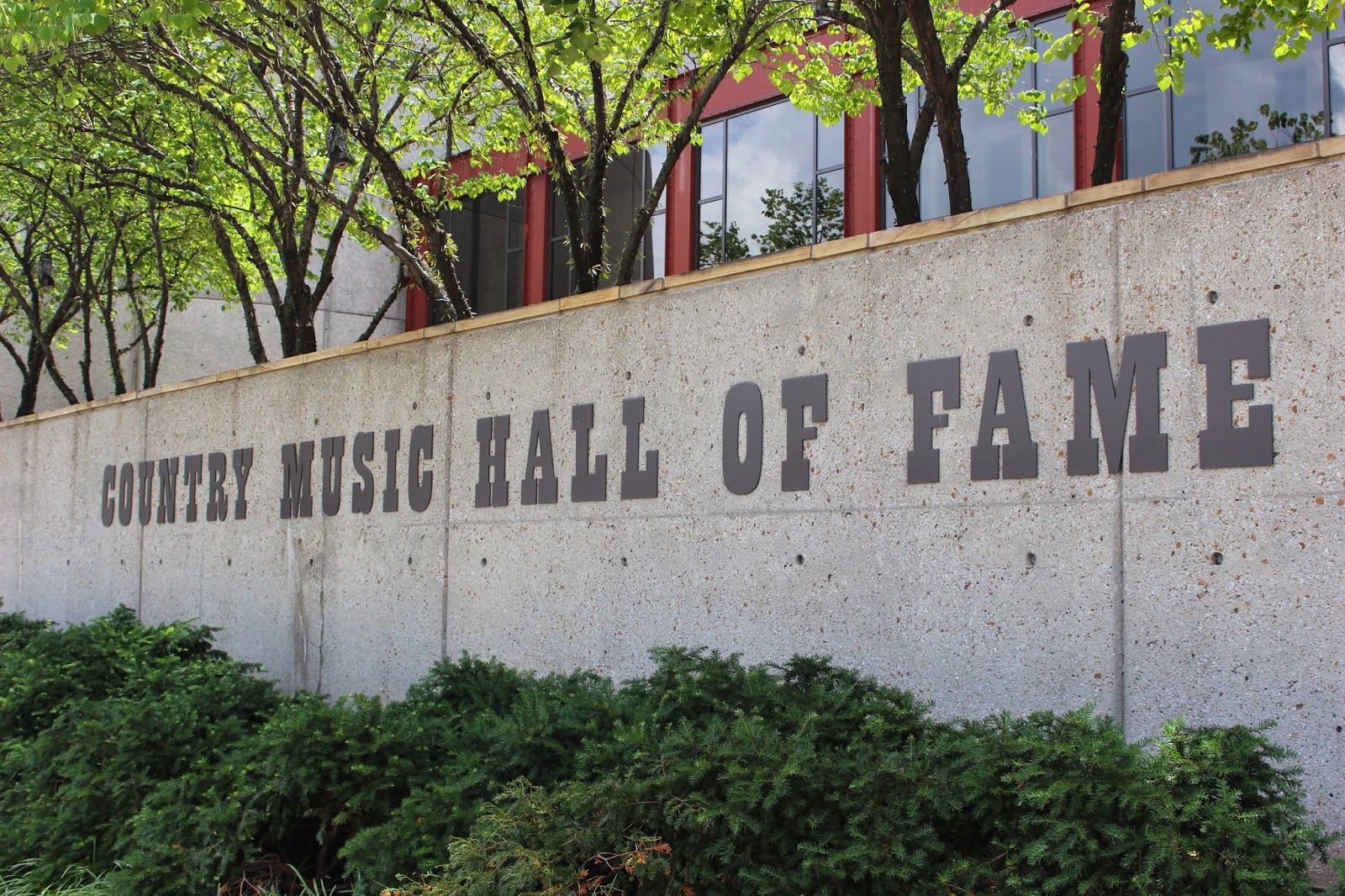 We made a point of walking down past the Schermerhorn Symphony Center because there's a geocache there that I wanted to get.  The Nashville Symphony has been around since 1945, but in 2003 they began work on the 123.5 million dollar building that opened in 2006.  It's world renowned with an extensive calendar of a wide variety of artists scheduled to perform.  I'd like to return and attend a concert there sometime.  I bet it's fab! 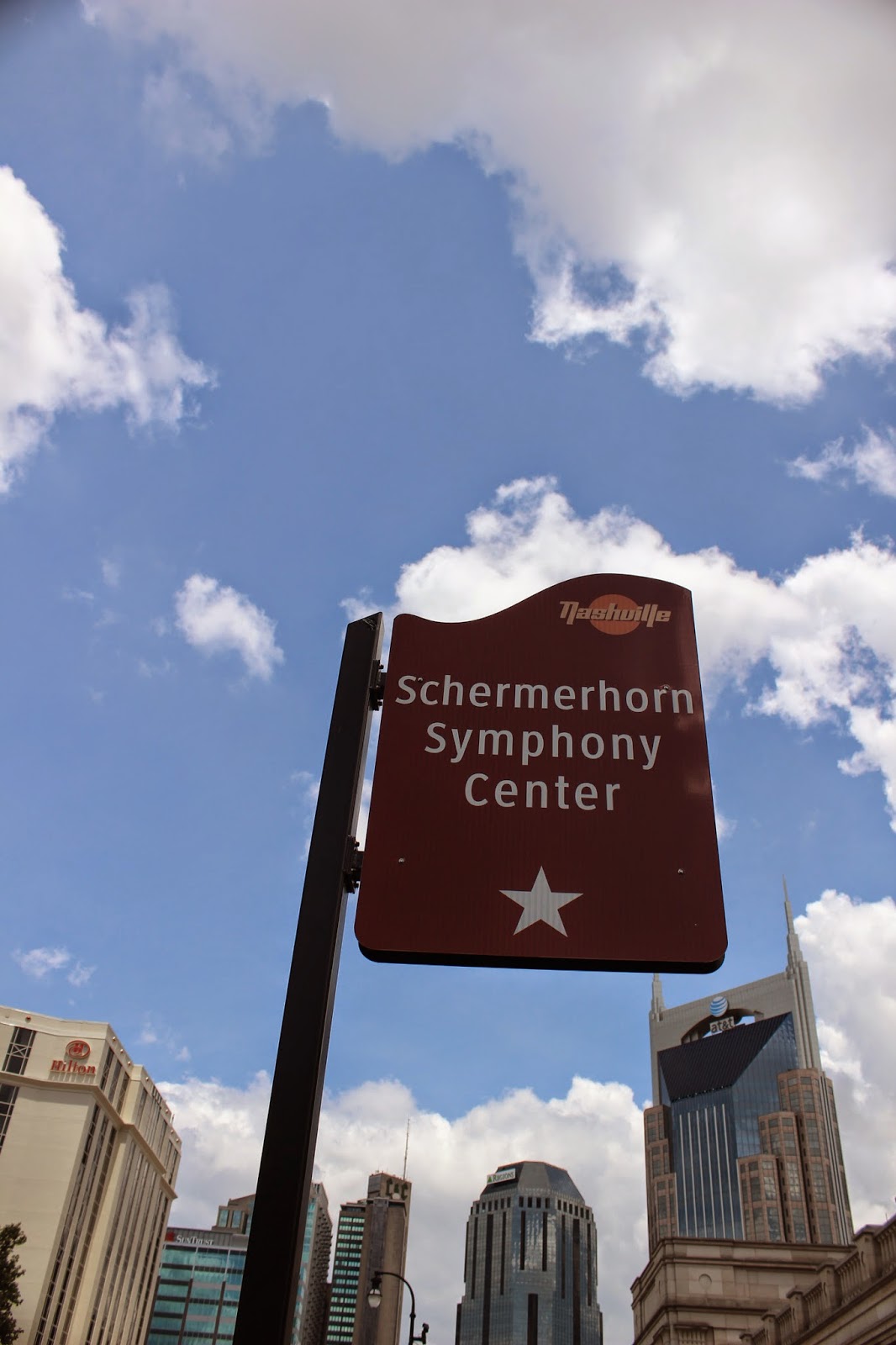 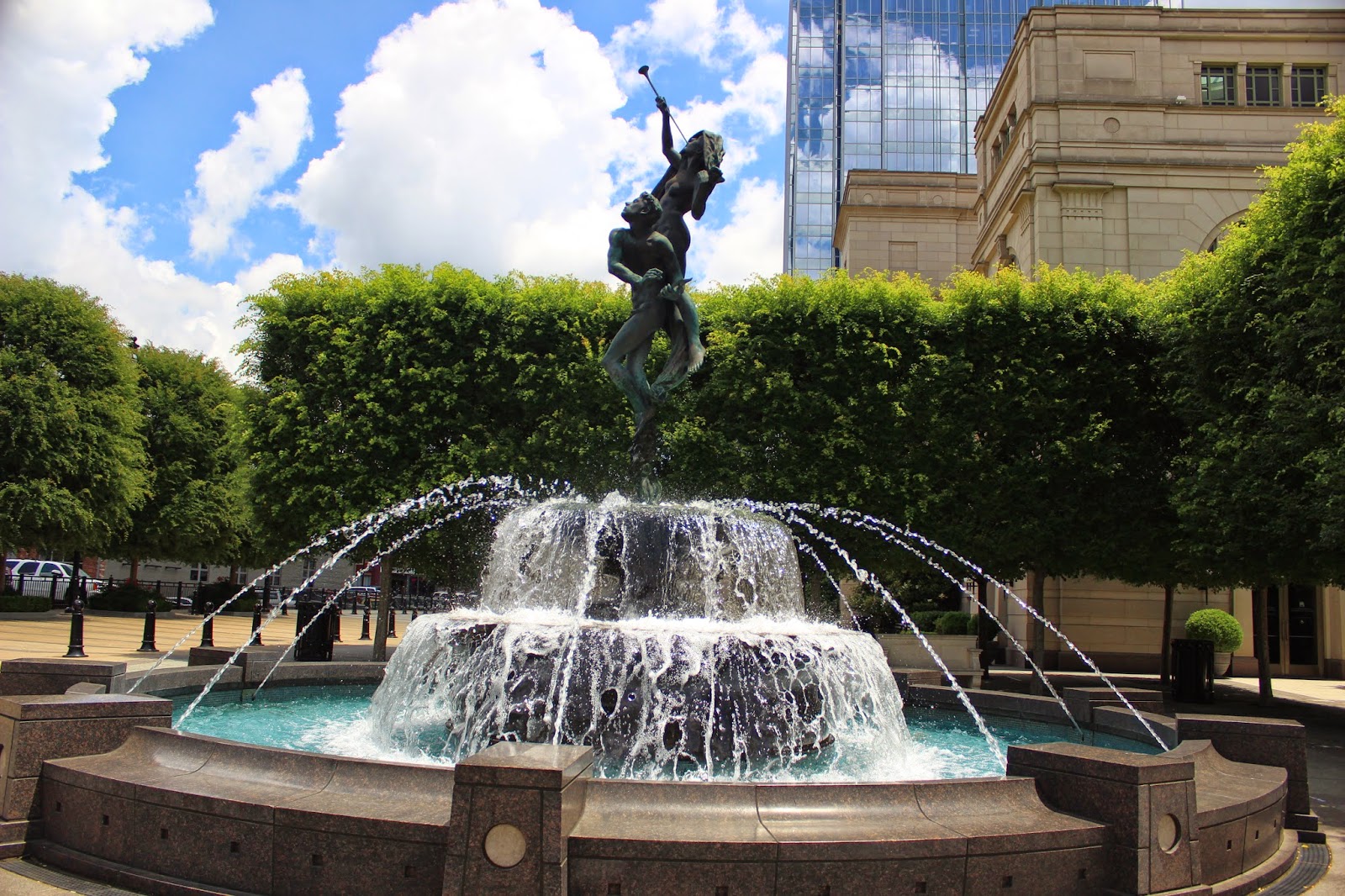 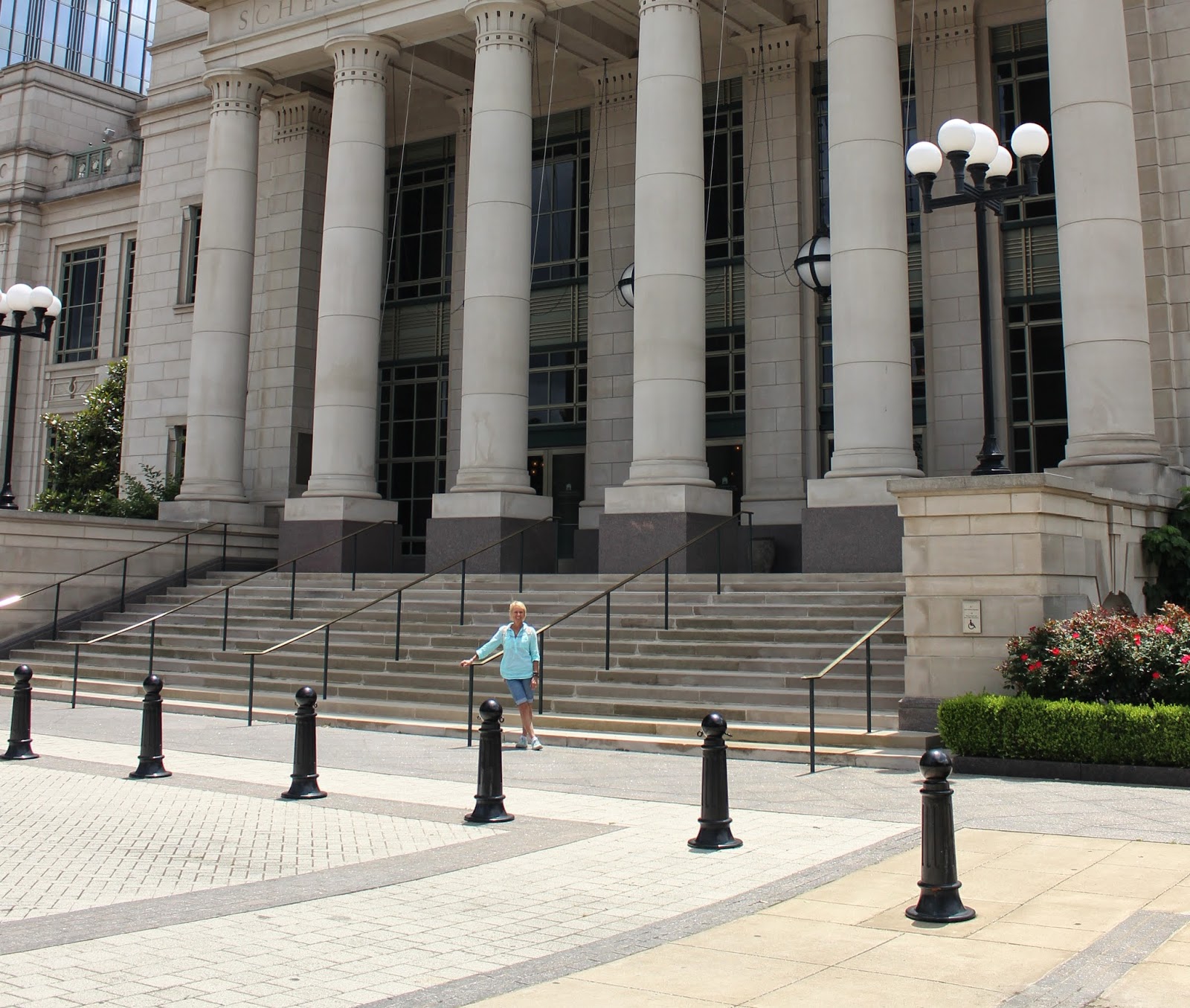 Of course we had to duck into the Johnny Cash Museum.  I loved Johnny Cash.   I saw him many times in concert.  We walked through the gift shop and looked at a bunch of stuff, but we didn't have time to do the tour.  It's now on my list for next time. 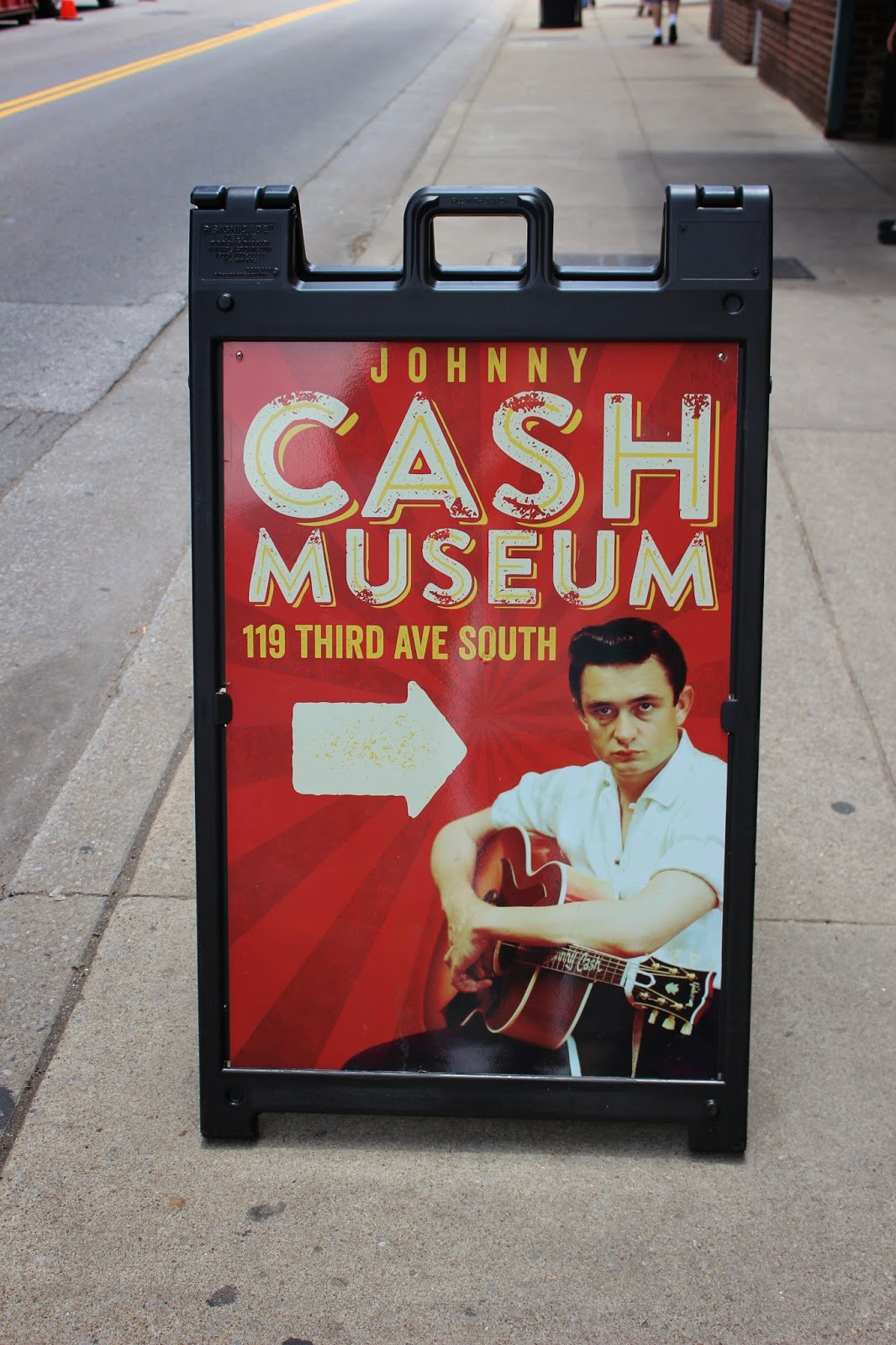 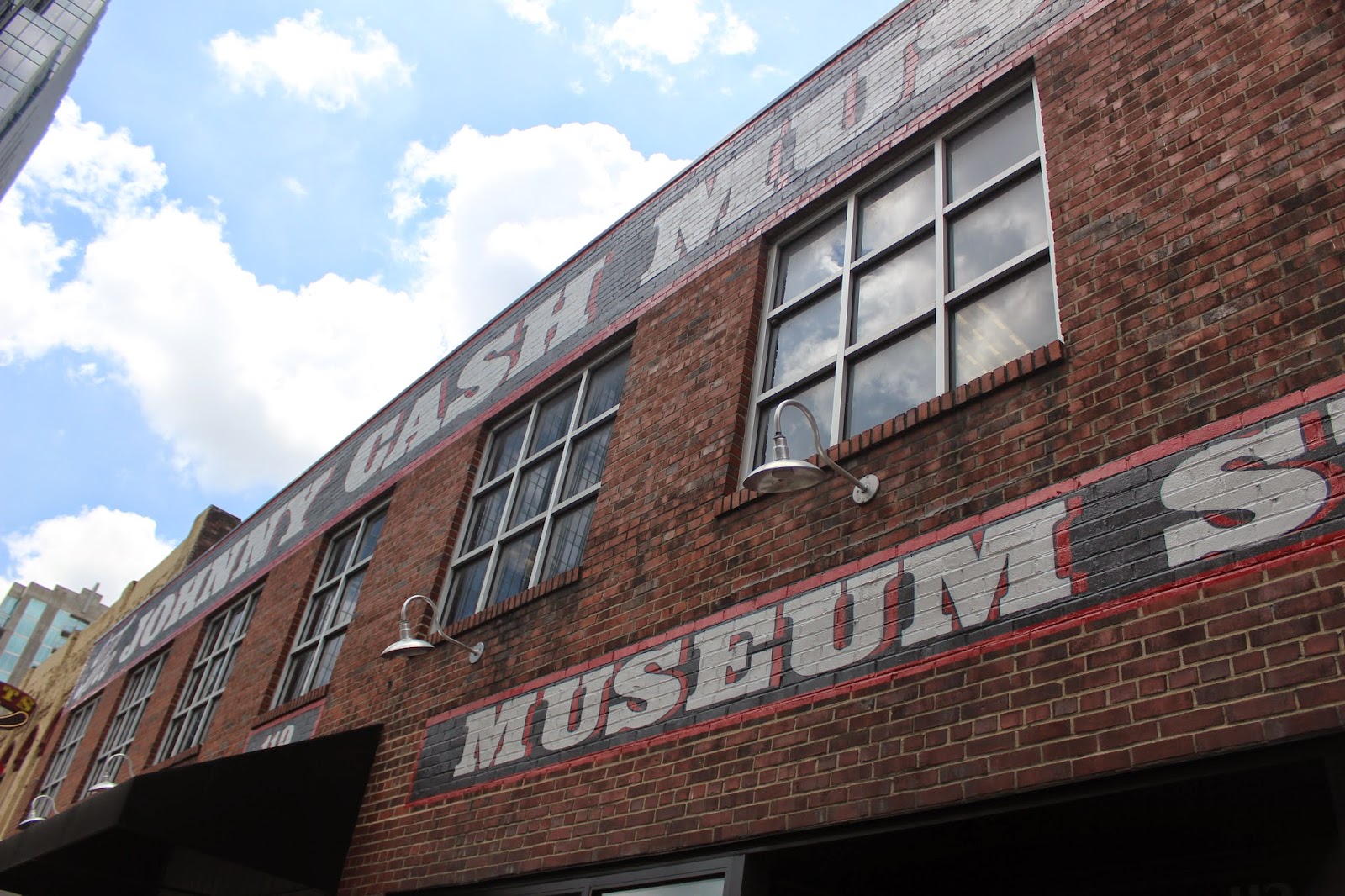 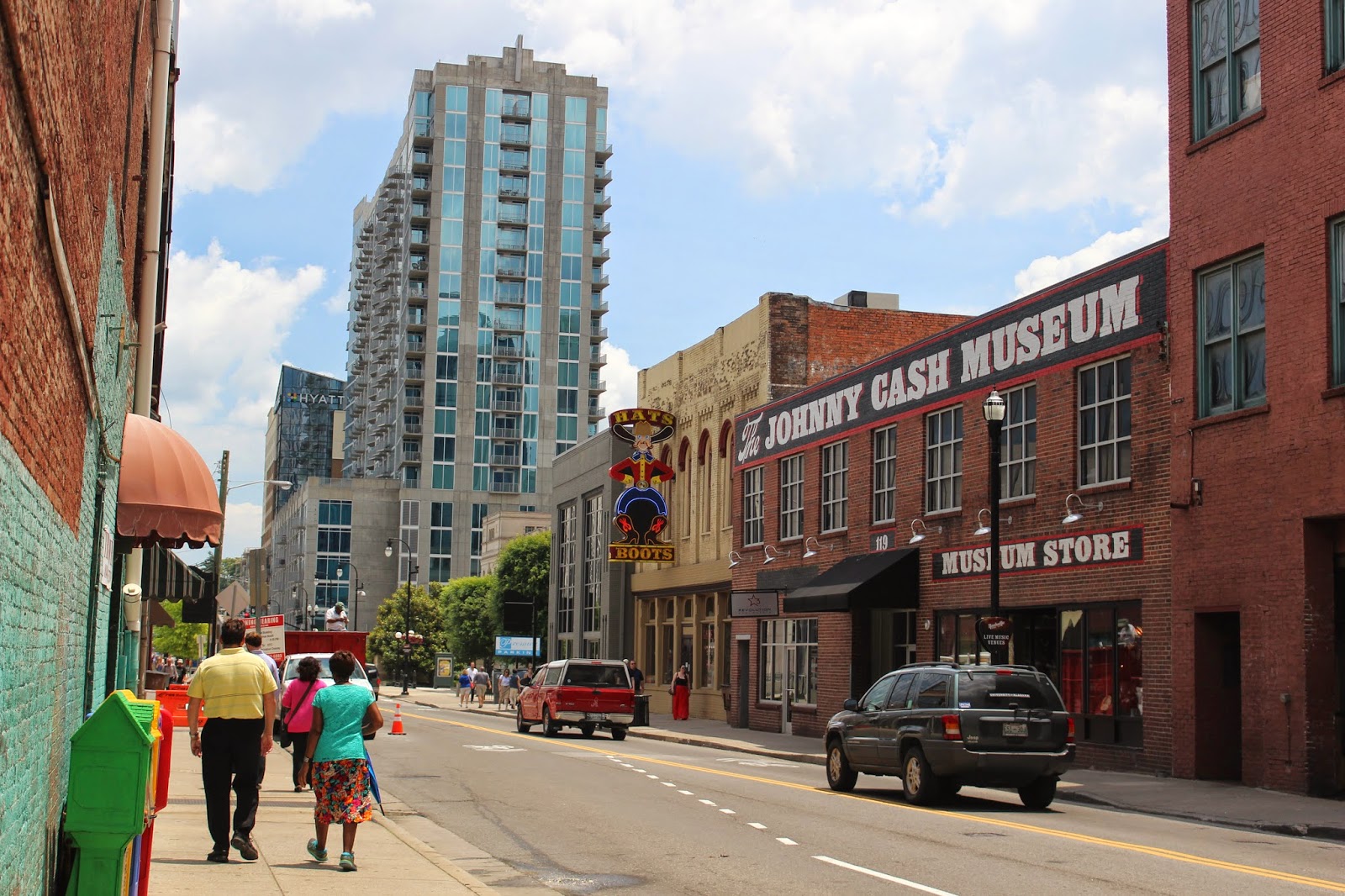 There are boot and hat companies everywhere.  Again, since we were short on time we didn't get to browse.  That was probably good for my wallet but I definitely see a pair of new boots and a hat in my future. 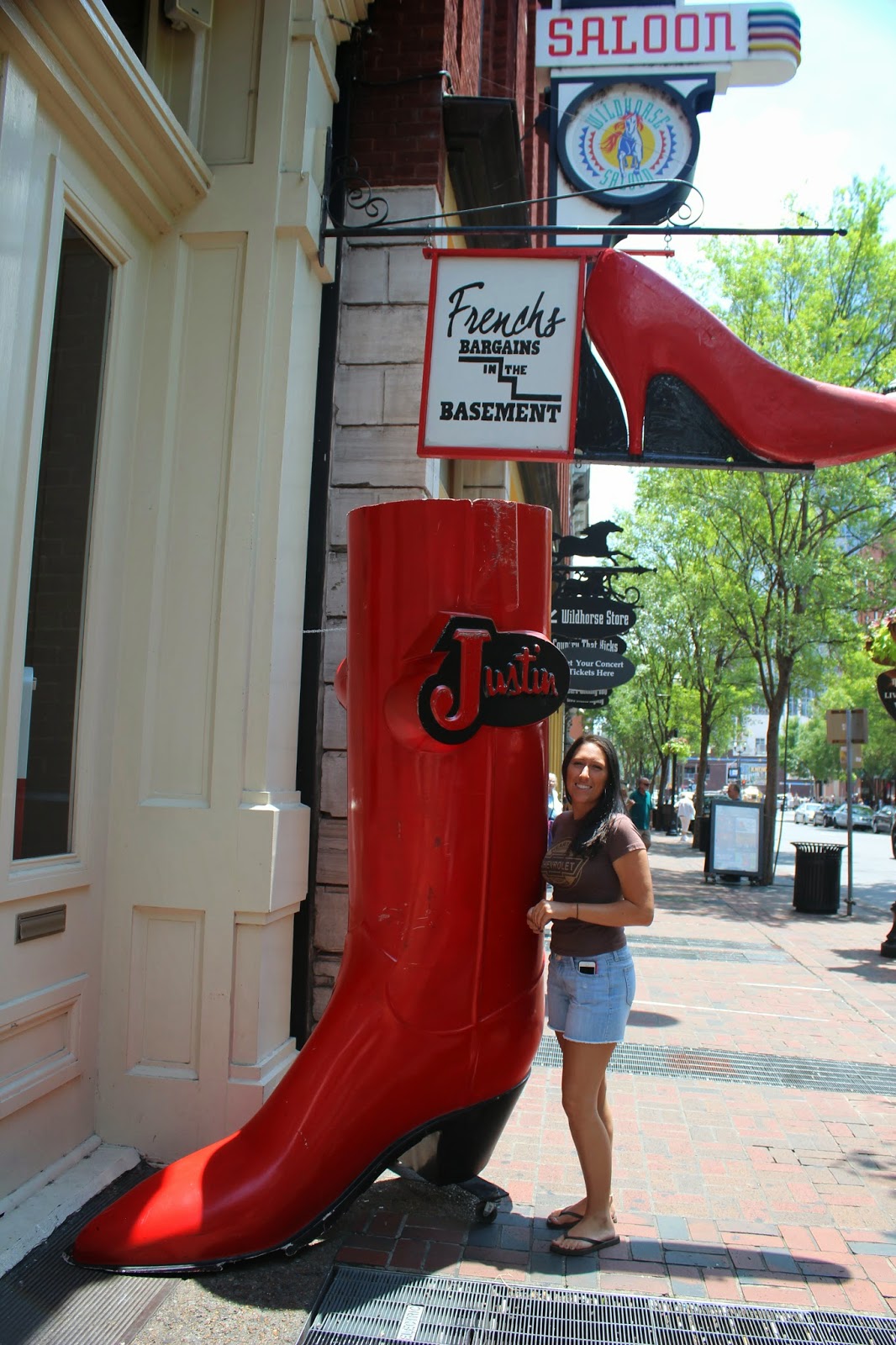 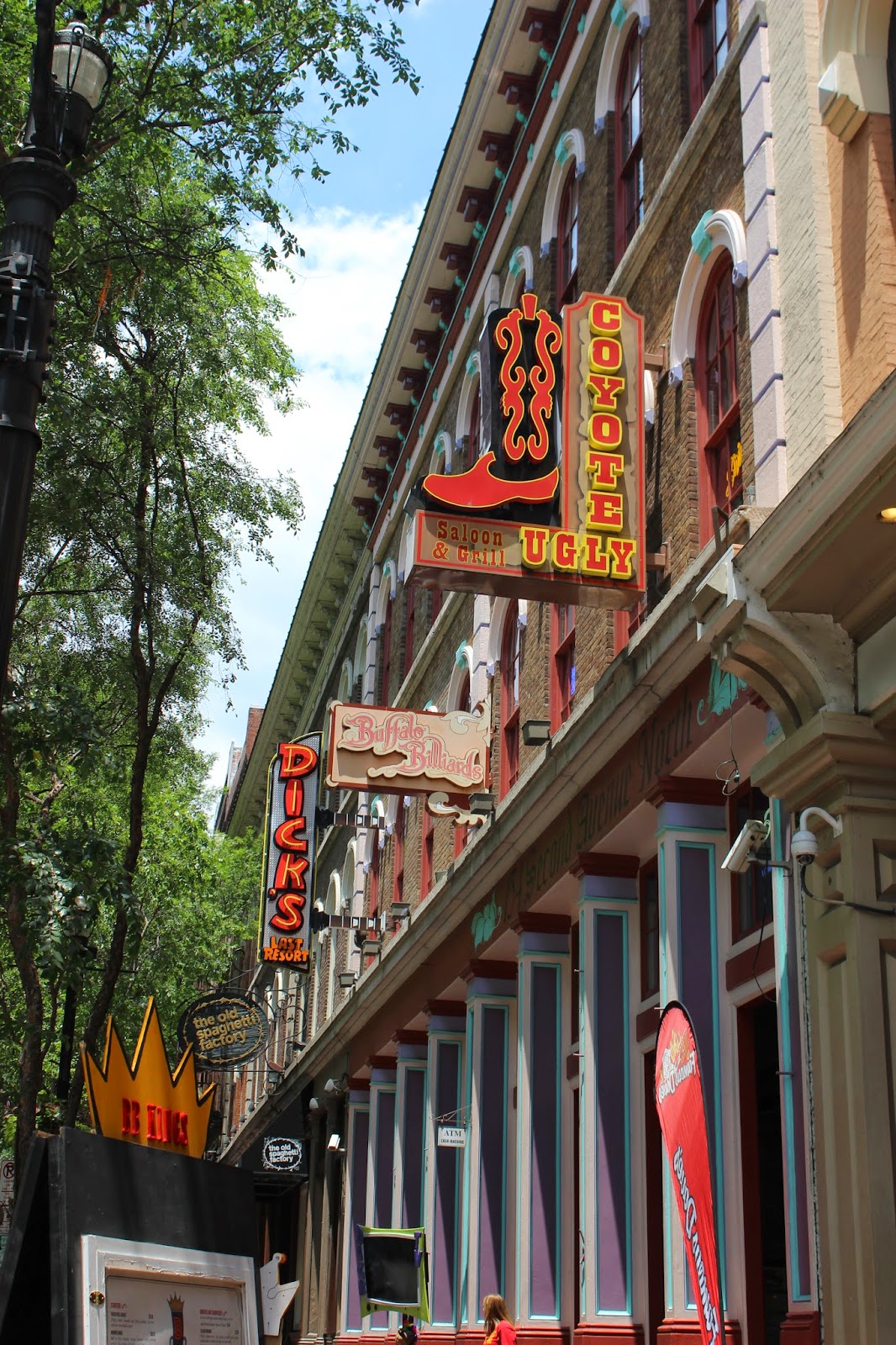 There is always time to do a little two steppin' with Elvis however! 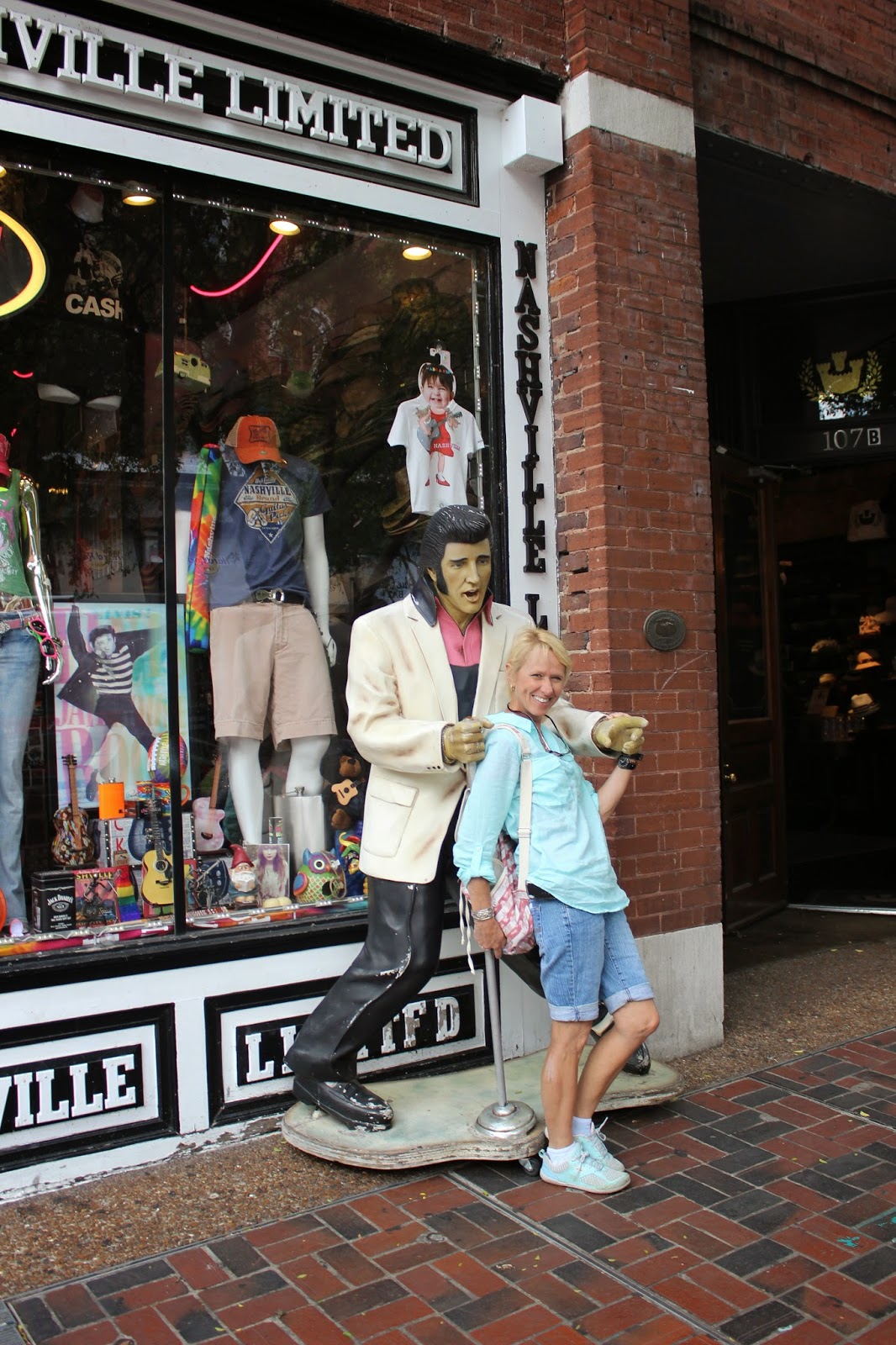 One of the items on my bucket list is to eat and dance at the Wildhorse Saloon.  I got half my wish.  We went inside and had a delicious lunch.  Chablis and I had bar-b-que pulled pork and it was really good.  But Louie had the brisket platter and that was fantastic.  I'll be getting that next time. 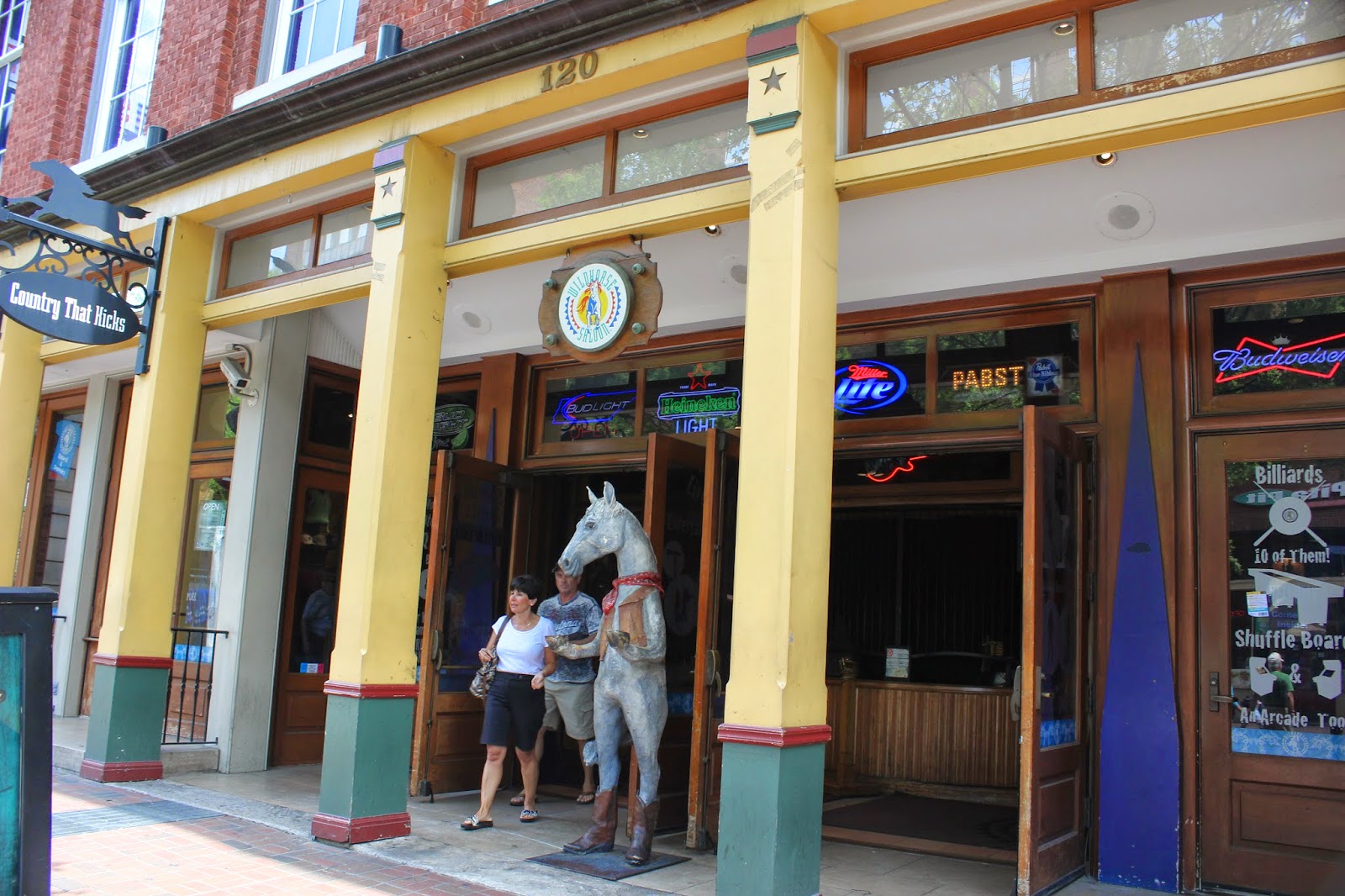 The Wildhorse Saloon is gigantic - 66,000 square feet.  It was originally a 3 story warehouse that was converted into a restaurant/bar/dancehall.  They have free line dancing lessons at various times during the day.  I want to come back in the evening sometime when they have a band playing and do a little dancing.  Just as we were leaving they were starting a line dancing class.  Again, since we were on a time crunch we had to pass on the dance class.  I'll just have to go back so I can check that off my bucket list, right? 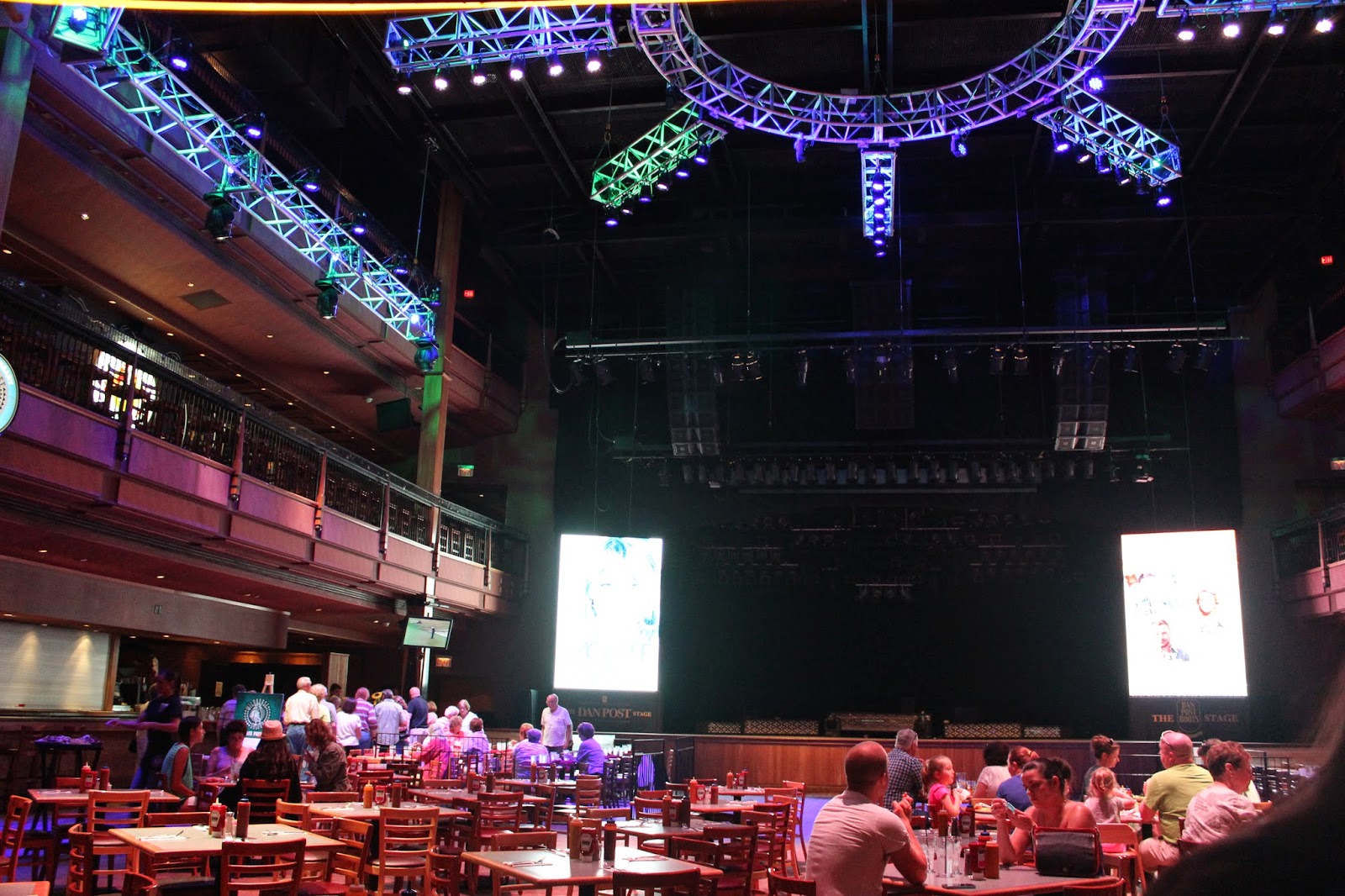 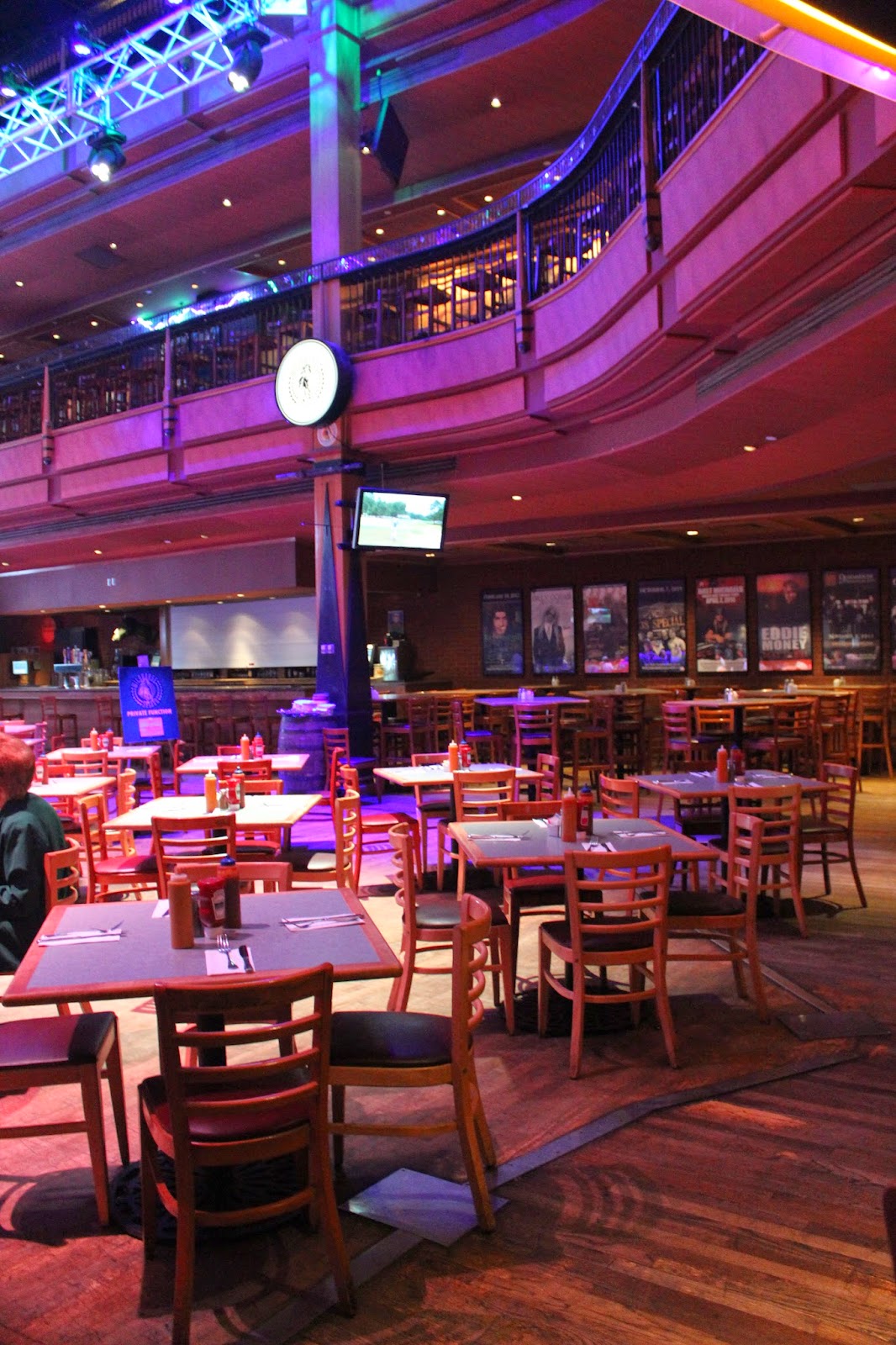 We also saw the Coyote Ugly bar.  Another place where I need to go back and dance and maybe have a drink or two.  Or three .... 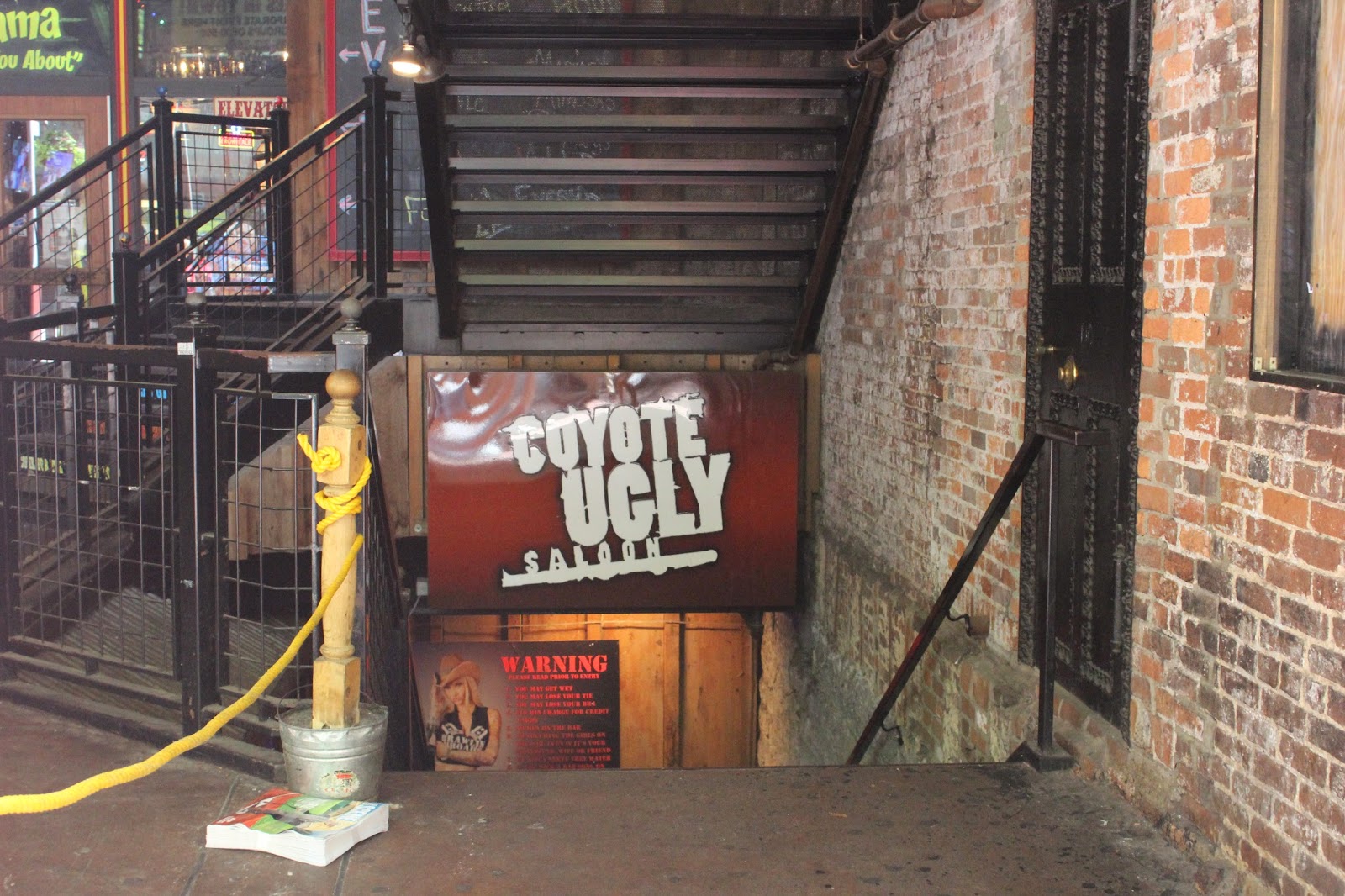 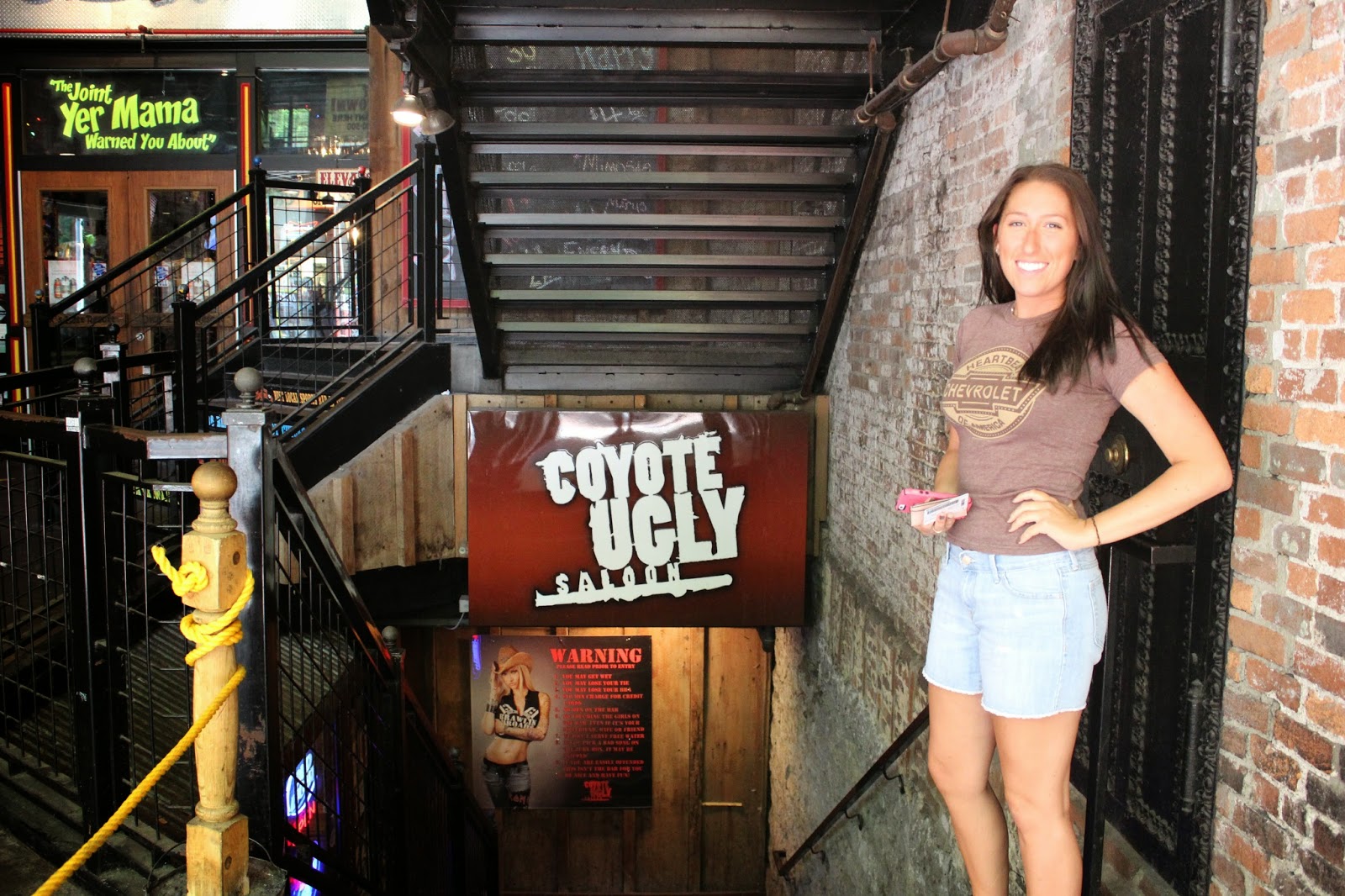 Next up on our visit to Nashville - Antique Archeology!
Posted by Kim@Snug Harbor at 12:00 AM