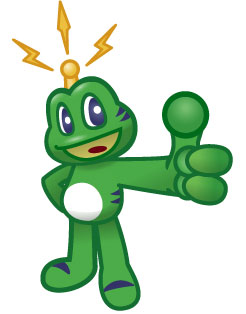 The Original Stash is the location of the very first geocache ever placed. Dave Ulmer placed a 5 gallon bucket in this location on May 3, 2000 and listed the GPS co-ordinates on the internet.  Taken from the History of Geocaching:  On May 3, one such enthusiast, Dave Ulmer, a computer consultant, wanted to test the accuracy by hiding a navigational target in the woods. He called the idea the "Great American GPS Stash Hunt" and posted it in an internet GPS users' group. The idea was simple: Hide a container out in the woods and note the coordinates with a GPS unit.  The finder would then have to locate the container with only the use of his or her GPS receiver. The rules for the finder were simple: "Take some stuff, leave some stuff."

On May 3rd he placed his own container, a black bucket, in the woods near Beavercreek, Oregon, near Portland. Along with a logbook and pencil, he left various prize items including videos, books, software, and a slingshot. He shared the waypoint of his "stash" with the online community on sci.geo.satellite-nav:
N 45° 17.460 W 122° 24.800
It was the stash that kicked off the craze of geocaching as we now know it.  GCGV0P

The original cache container has since been damaged beyond repair, so in it's place there is now a commemorative plaque and an ammo box nearby that contains the logbook.  In the years since, over 5500 geocachers have made the pilgramage to Portland, Oregon to visit this historic location.  It's been listed almost 1000 times as a favorite geocache.  The cache page also has over 2800 photos attached of people documenting their visits.

Located just 5 hours away from Groundspeak Headquarters, this would make a fun road trip.  Maybe someday!

Don't forget about the current Clif Bar giveaway I have going on until Jan. 22, 2012.  Click the link and be sure to enter.
Posted by Kim@Snug Harbor at 1:23 AM