We recently had a chance to stop and see the Jefferson Davis Historic Site in Kentucky. 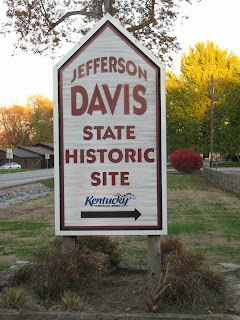 I originally thought this was a memorial but apparently this was the birthplace of Jefferson Davis.  If you remember your Civil War history, you will know that Jeff Davis was the president of the Confederacy. 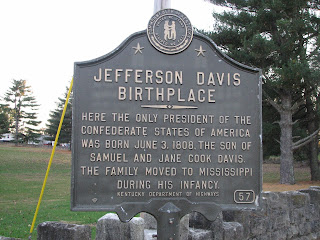 Unfortunately we got there too late in the day and the museum was already closed when we got there. 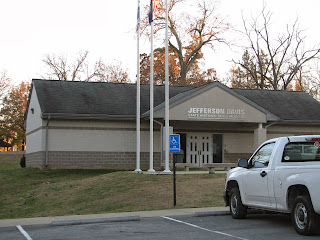 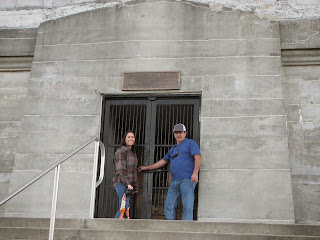 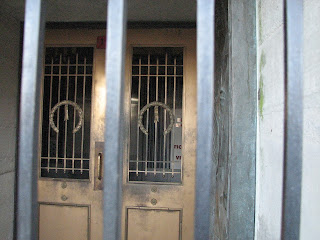 The monument itself was also closed for the season and I was really disappointed in that.  There's an elevator that goes to the top and there's an observation deck up there.  I really wanted to go to the top!  The monument is the world's tallest concrete obelisk.  Construction of the monument began in 1917 and was completed in 1924. 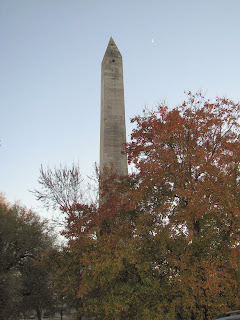 Check out this view from the base of the monument.... 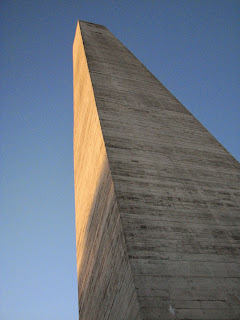 Coincidentally, there's a geocache hidden here as well, but you have to go to the top of the tower to find the information on where the cache is hidden.  Well, it looks like I'll be making another trip back there in the spring so I can check out that tower. 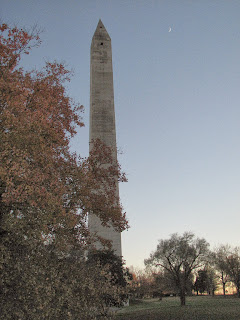