Today I’d like to welcome JB Reynolds, one of the current authors of the Sanibel Captiva Handbook.  If you missed yesterday’s book review, please go back and read it here.


Hi JB.  Would you tell us a little bit about the original Sanibel Captiva Handbook and how it got started?


In 1969, my parents, John and Helma Reynolds, moved to Sanibel from Columbus, Ohio. 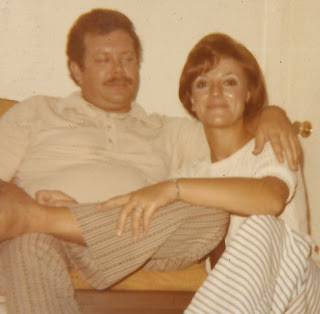 (John & Helma)
They started the Islands' first travel agency (tourism was begging to pick up since the causeway was built in '63) and of course they began directing visitors here and there immediately. 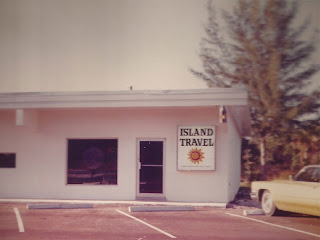 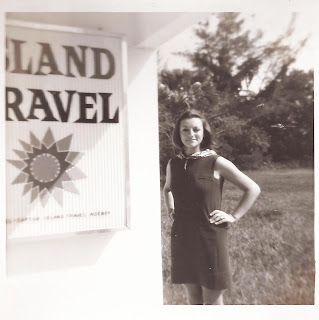 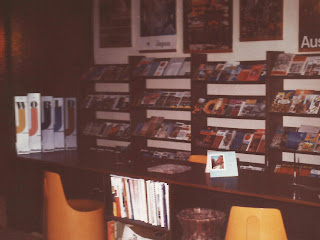 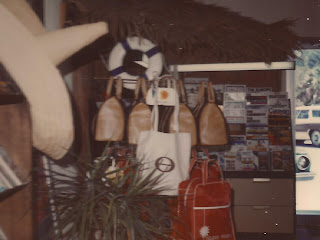 It didn't take long for my Dad, being the entrepreneur that he was, to say to my Mom, "Let's just write this stuff down instead of standing around all day answering the same questions."  ( which of course they would do anyway . . . ).  So, my Mom "hit the highlights" of both Sanibel and Captiva.  The original publication was based upon the most FAQ.  In 1970, they self-published the first guide to the islands (we still have ONE 1971 edition).  This guide was 25 pages long, 8.5" X 11, with a sepia cover - it sold for $2.50.  Efficiency and accuracy were the primary objectives. 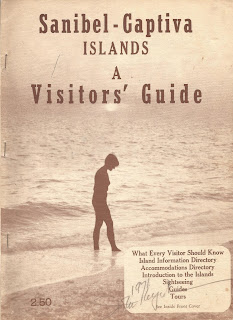 In 1975, after the birth of my younger sister, our family moved from Sanibel and then returned in 1988.  Although the Islands were different from what they left in 1975, they weren't that different, and again there was no guide, and again new visitors were asking the same questions they were thirteen years earlier. "The book" (as we call it) was rewritten . . . by my Mother . . . again.  The new version was published in 1990 and ran until my Father died in December of 1992. 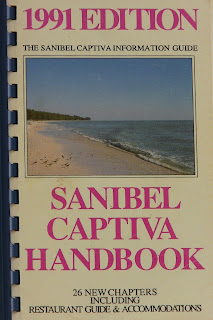 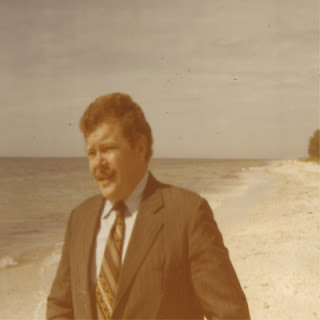 (John)
So, the 1993 edition was at press . . . and paid for, but it is believed that no store ever received a copy.  It's like a ghost edition.  I have one copy. The rest are gone . . . disposed of at some point.  A complete loss and I know they made it to our house, but never to a store. 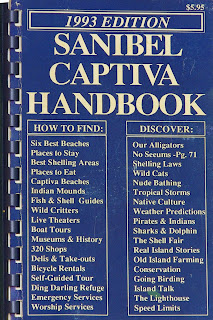 After the unfortunate passing of your Dad, was it a difficult decision to continue with the book?
In late 1993 my Mother, Helma, made the deal with me to sell the book if she produced the 1994 edition.  I suppose life was regaining normalcy to some extent.  I agreed, and so she made the 1994 edition herself..... 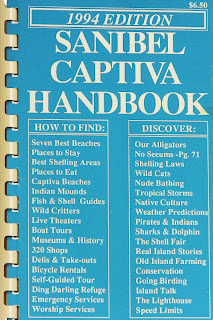 When it came time to sell them, I folded like a cheap suit.  It was horrible.  The stores were without the book for too long. Since I had been out with Dad when he serviced accounts (before his death, "the book" was sold in almost every store on either island), I thought I could cover the route easily.  This turned out to be a disaster!   I did land a couple of accounts, and mom came in behind me and landed a few more accounts . . . but it was nothing compared to previous years.  The book surely lost money again, so after that, with no help from her two teenage kids, it was over for a while.  Even though my Mom disagrees, I take responsibility for "killing" the book in 1994.  I should have stepped up then, but it just didn't happen that way.


After the 1994 edition didn’t do well, what did you do?
Then, life happened.  I moved to Fort Myers after college graduation.  After that, there were marriages, careers, divorces . . . life.  I never thought about the book again until 2008, after re-connecting with my long lost love Sarah.  Sarah and I moved to Sanibel in 2008, my Mother moved back here in 2009.  I hope we never leave. 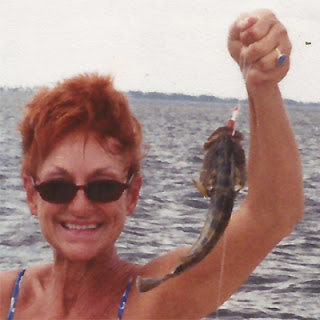 (Helma)
What sparked the idea to start producing the book again?
In 2008, I read somewhere online about somebody who wrote the "first guide to the Islands in 2000-whatever" and it was NOT US.  Quite frankly, I was pretty upset by that, and thought "that distinction . . . the first . . . the originals . . . the book . . . that's OURS!"  I contacted my Mother, we re-typed and updated it, Sarah and I produced the 2009 edition (prepared during the end of 2008) we used a retro cover to give a wink to the 1990s models, and Sarah marched out there and sold them..... 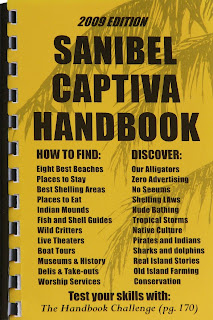 So now you’ve been printing the newer version for how long and what’s special about it?
Here we are at the new version's five year mark.  We still use comb binding because every good manual in this universe uses that style - it's expensive, but it works better than glue.  We still don't fill the book with images (that's not efficient).  We added tide charts and the shell guide.   Every year the book improves, and will continue to do so. . . but, it will never become a "pretty picture book" and it will never weigh too much, it will NEVER contain paid advertisements, and it will always "handle well in the turns"  -  just like it did so efficiently in that 25 page 1970 version. 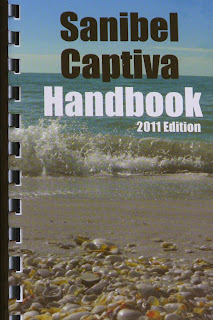 What is it about Sanibel and Captiva that you love so much?
Why do we love it here?  I cannot answer that in any way other than the following - we cannot help it.  We met here, we live here, we were married here, we love the water, we love the beach, we love the people, we love the nature, we love the seclusion, we love world class shelling (in fact we were shelling when I proposed), we love the SUN!  We are going to try to spend the rest of our lives sharing our knowledge, experiences, moments, fun, etc. with anyone who will listen.  The book is just the beginning (we hope). 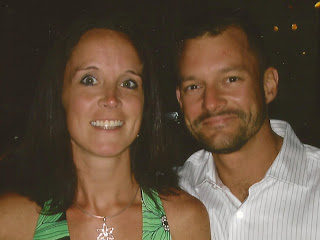 (Sarah & JB)
It sounds to me like the book is a labor of love for you and your family.
The book has never made much (if any) money, but I have always said: "as long as visitors still ask, I will keep printing the book".  And so it is.
How much does the handbook cost and where can people find it?
On our website it’s currently $ 13.95 plus $ 3.00 shipping.   The book can also be purchased at about 12 different locations on the Island  including Jerry’s, Baileys, CVS and all the bookstores, also at South Seas and the Captiva Island Store.


Be sure to LIKE their SanibelCaptiva Handbook page on FB.  You don’t want to miss their Sanibel Island updates and the photos and videos they post.  And get this - they frequently run contests for Sanibel Captiva stickers..... 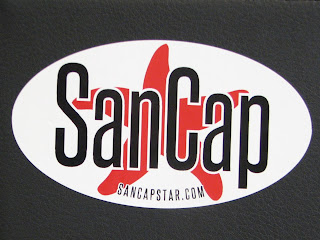 or a copy of the current Sanibel Captiva Handbook.... 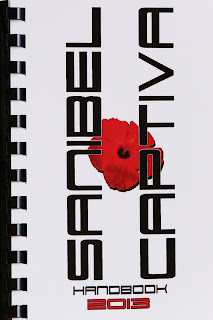 You should also visit their official website and follow their blog.  You can access their online shell identification guide there as well.
I'd like to thank JB, Sarah and Helma for sharing the history of their Sanibel Captiva Handbook and their love of the islands.  I wish all of you  continued happiness and success!