Last weekend I planned a geocaching trip out to Fox Lake, Illinois with the specific intent of visiting the Mineola Hotel.  I had never seen the hotel when it was still in operation, although my husband vividly remembers eating in the dining room and staring out at the ice shanties that littered the frozen lake in winter.  He says he and his uncle often went fishing on Fox Lake on the ice, right in front of the hotel. 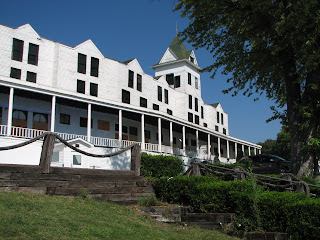 The Mineola Hotel and Lounge was built in 1884 on the banks of  Fox Lake by members of the Chicago Board of Trade and was to be used as their clubhouse. 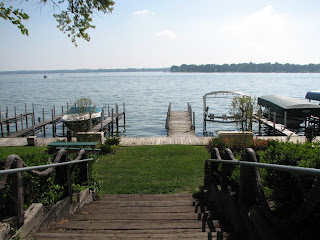 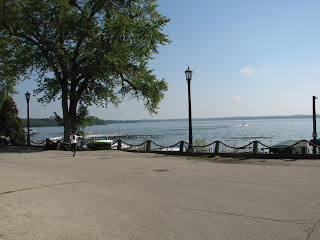 By 1903 it had been expanded and renovated into a 100 room hotel for the “rich and famous.”  Set on 17 acres of lakefront property, the hotel featured a lounge, a restaurant, a 240 ft. porch that fronted the hotel and 4 floors of rooms.  Across the parking lot stood the full service marina.  By 1910 Fox Lake was well known for it's drinking and gambling establishments.  The Mineola Hotel was notorious for its not-too-discreet gambling activities and had earned a reputation as a vicious area resort. 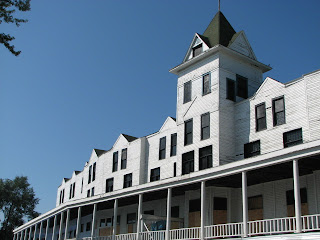 One of the famous who frequently visited in the 1920’s and early 1930's was reputed Chicago gangster Al Capone.  According to local legend, he often used the hotel as a hideout during the Prohibition Era.
In 1979 the hotel was placed on the National Register of Historic Places.... 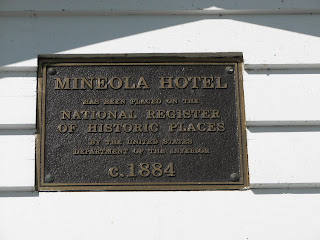 Time has taken its toll on the once elegant hotel and the state of disrepair has forced the city to condemn the building.... 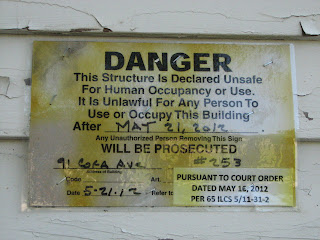 The deserted hotel and lounge stand on the shores of Fox Lake, and the only current activity now comes from the nearby marina that is still in operation. 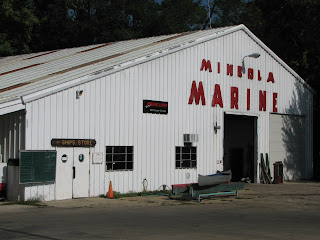 It was really interesting to walk around the building and sad to see how much it's deteriorated over the years... 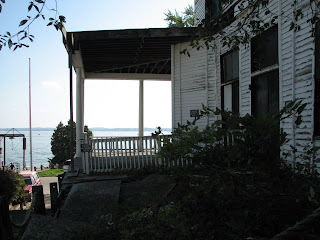 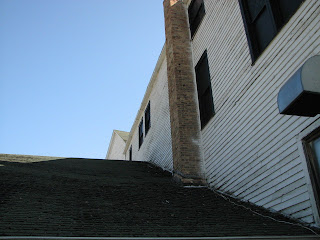 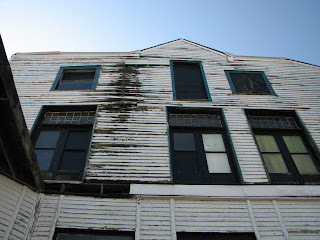 This is what it looks like from the rear of the building.... 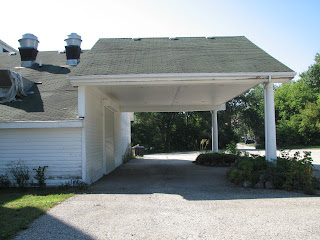 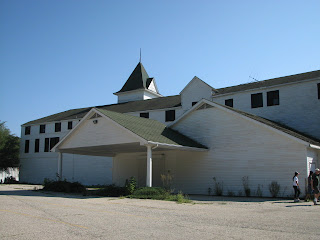 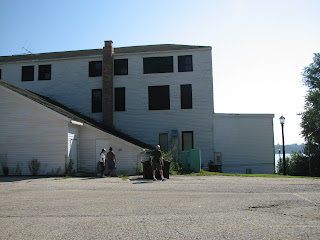 The lower portion of all the windows on the lower level have been boarded over.  How I would have loved to peer inside them!  The front lower entrance door was open, so I slipped inside for a photo... 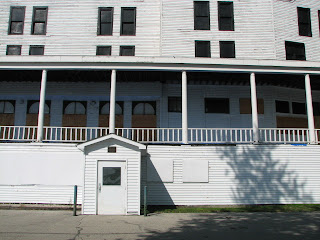 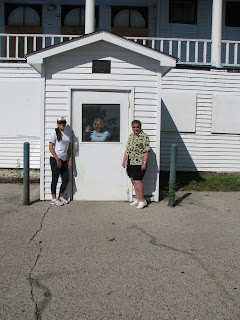 Located at 91 N. Cora in Fox Lake, the Mineola is considered the largest wooden structure in the state of Illinois.  At one time you could rent a room for the sum of $ 2.00 per night.  If those walls could talk, just imagine the stories they could tell!

While we were there, I created a "Challenge Cache" for this location.  I named it "Al Capone's Mineola Hideaway."  I'll do another post tomorrow and explain what a Challenge Cache is.
Posted by Kim@Snug Harbor at 1:01 AM