For Day 5 of our trip we had booked a 4 hour cruise with Sight-See-R Cruises to go to Big Hickory Island.  We usually do a cruise with my buddy Capt. Brian, but since money was tight this year we had to go with a more affordable option.   Unfortunately, it was a bad decision.

We booked the cruise ahead of time off of the internet so I never actually spoke to anyone at the cruise line. When we got to the marina there was a jumble of colorful buildings, signs and decorations.  We wandered around a bit but couldn't see where to go to pick up our tickets. 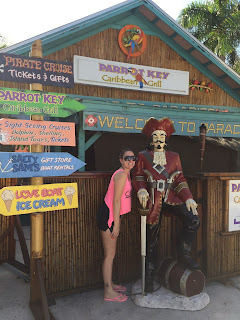 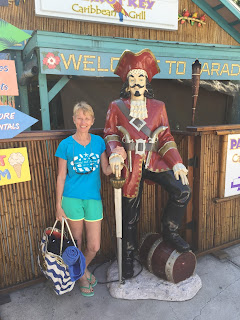 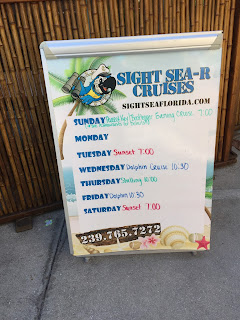 We walked into the gift store and asked the woman behind the counter where we were supposed to go.  Now mind you, this was at 9:15 am and there were no other people in the shop.  The woman was clearly annoyed that we asked such a stupid question and as she flung her finger over her shoulder she said to go to the building down the walkway.   All righty then.....

I had to take a shot of the old fashioned cigarette machine for my husband- who sees these anymore ?  Very cool and nostalgic. 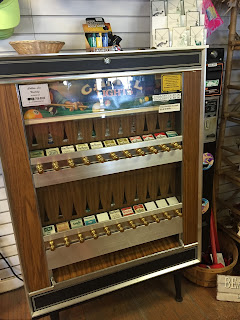 We went down the walkway and ended up in a boat yard - clearly not where we were supposed to be.  Finally, after 10 minutes of wandering around, we ended up in the right place... 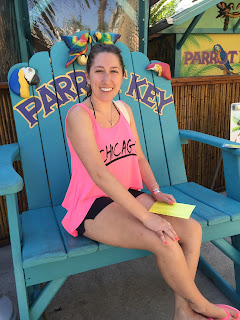 Once we had our tickets in hand we went back to the gift shop because Chablis saw a travel sticker she wanted to buy.   While she was being waited on 2 other groups of people came in and annoyed the sales girl by asking where the check in office was.  I felt a lot better seeing that I wasn't the only idiot on this cruise.. 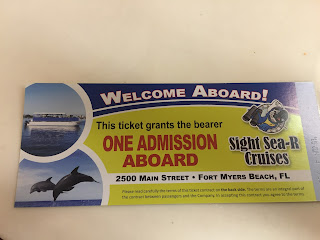 The boat was a nice size with a covered shady area if you so desired.... 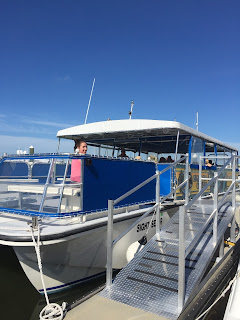 It took almost an hour to get to Big Hickory by the channel behind Ft. Myers Beach.  It was a pleasant enough ride and the Captain occasionally pointed out a building of interest, a couple of birds and something in the water that might have been a manatee.  I think we saw 2 dolphins also. 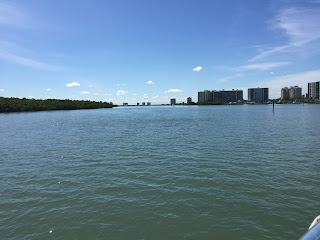 My favorite part of the boat ride was the sound track playing on the speakers - all 60's and 70's music - my favorite kind! 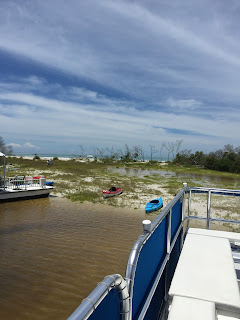 As we climbed off the boat at Big Hickory we were told that there are sometimes nude bathers on the beach there.  We were instructed to stay away from the resort to our right and watch for nudists to the left.  We crossed over to the gulf side and I immediately saw a nude man strolling down the beach to our left.  Let's just say he wasn't young and he wasn't in excellent shape.  Ugh.  We turned to the right and walked the beach as far as the resort, picking up a few shells here and there.  Once the nude guy climbed into his pontoon boat we headed back to the left and walked all the way down to the end.   It was actually a beautiful day and the water was gorgeous. 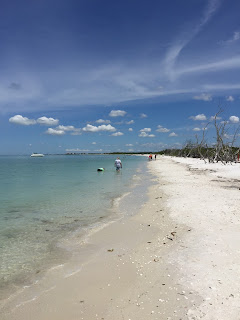 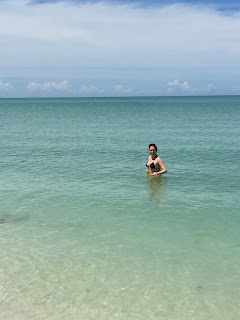 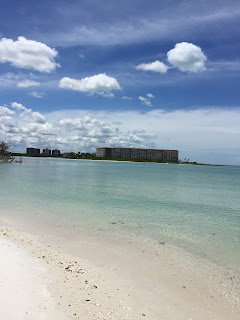 On our way back to the boat we finally noticed this sign and just after that Chablis saw another naked guy sitting under a tree.  I am SO happy I didn't see that because once you see that, you cannot un-see that.  Let me just say that I have nothing against people who choose to exercise their freedom of choice, but I wish we had been forewarned about that before we booked the cruise.  There were 2 families with young girls on the boat as well and I wondered how the parents felt about that, altho I didn't ask.  So be forewarned if you decide to go to Big Hickory Island. 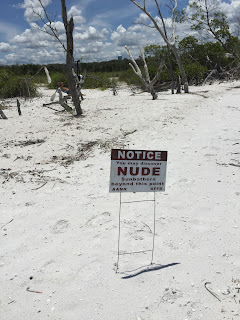 On the cruise back to port we did have some excitement when we had to rescue a woman on a boogie board who was floating in the channel and the incoming tide's current swept her away from the resort and back towards the river.  She was clearly in distress and our Captain zoomed over to her rescue.  He handled it very professionally, shouting for people to grab ladders and directing everyone on what to do.   I felt so sorry for her because she was very upset and scared. 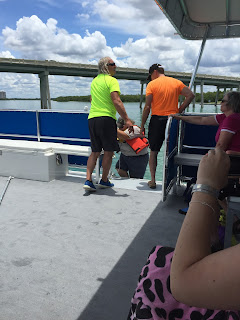 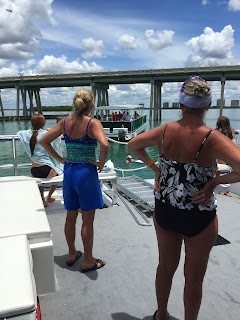 We returned her to the resort dock, the Coast Guard was called and we continued on our way. 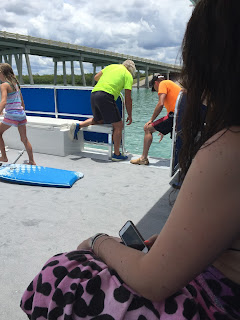 As we were pulling into the dock the Captain got on the loud speaker and announced that he and the first mate appreciated tips and then he stood at the gate where we left the boat and held a tip bucket.  I'm sorry but I just think that was tacky.  It rubs me the wrong way when people solicit tips.  Maybe it was an off day because I've heard other people rave about them, but I just wasn't very impressed and I doubt I'd use this cruise line again.

The rest of the afternoon was spent on our beach and we just did take out from the Sanibel Grill for dinner.  I had the spring rolls.... 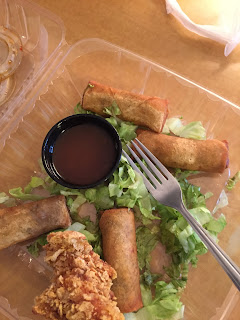 And Chablis had crunchy shrimp.  The shrimp were really good! 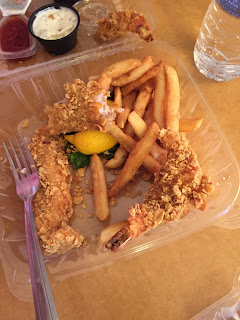 Then we headed back out to the beach for our final sunset.  It was the nicest sunset of our trip... 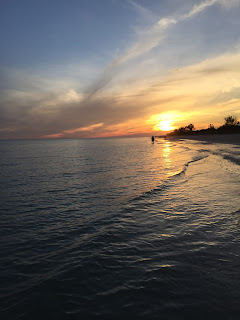 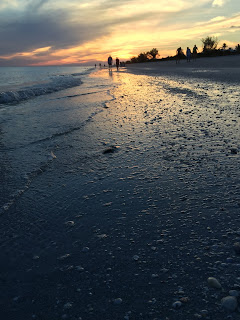 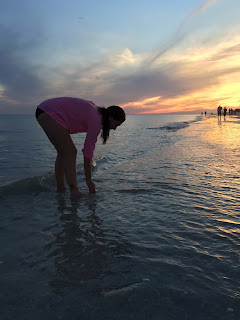 Don't forget about my amazing Rigoni de Asiago's Nocciolata Giveaway!   You have to go back to the original post to leave a comment in order to enter.  Entries are open until noon today, so go HERE to leave a comment to enter.
Posted by Kim@Snug Harbor at 12:00 AM