We decided Tuesday was going to be Beach Access Day and used the hotel supplied bikes to ride down to the Beach Access points along West Gulf.  I love these access points because you can't park at them unless you have an island parking permit or you bike or walk to them.  Therefore, they are generally less populated.   We rode down to the farthest one and parked our bikes, walked the beach for awhile and then rode to the next access point, slowly working our way back to the hotel. 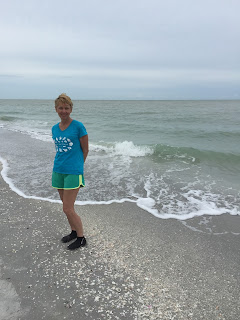 The entrance to each beach is usually a covered canopy of foliage and is so pretty to walk through... 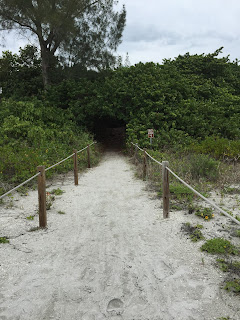 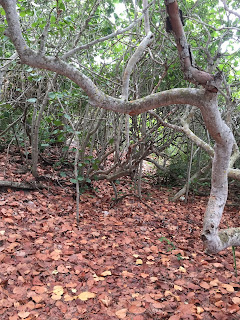 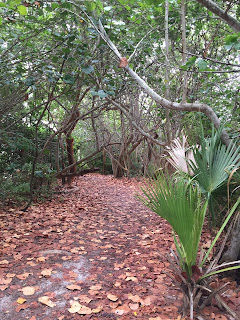 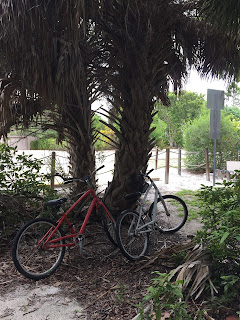 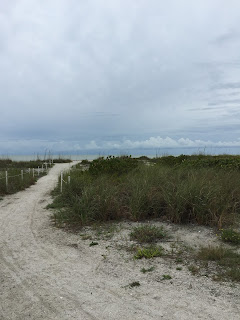 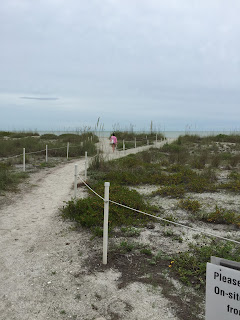 There was also some geocaching involved on the bike ride as there are several caches placed along the path.  Lots of fun for me and Chablis tolerated my stops quite well.... 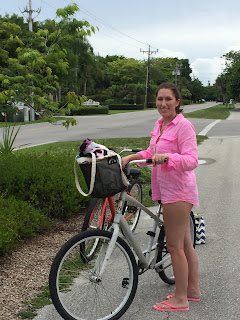 Afterwards we spread our morning finds on a towel and checked them out.  The sharks teeth were from the day before in Englewood.  You can read that post here. 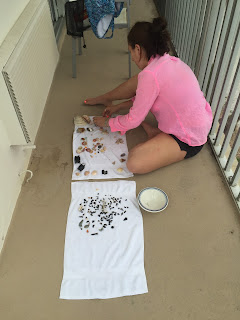 Unfortunately we didn't find a ton of good shells, but we did pick up a few things that we liked... 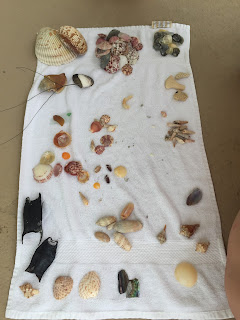 Including a couple of pieces of sea glass which I rarely find on Sanibel.... 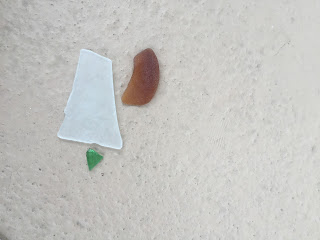 After our long bike ride we decided to have dinner on Captiva at The Green Flash.  It's one of my favorite restaurants.  I had stuffed grouper with a baked potato au gratin that is out of this world cheesy goodness.... 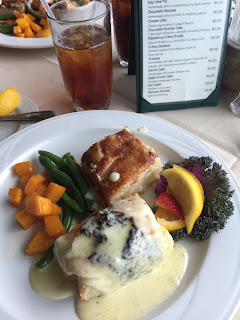 And Chablis had stuffed shrimp... 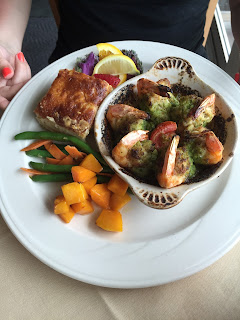 This was the view from our table.  We kept watching the clouds rolling in, praying the storm would hold off because we wanted to watch the sunset from the Captiva beach. 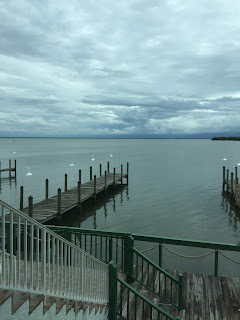 I get such a kick out of the bathroom here - check out the model standing in the corner.   LOL! 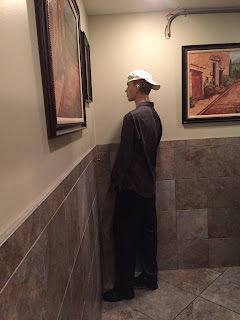 We finished dinner and headed over to the public access beach where we paid for parking and then headed out towards Red Fish Pass.  The dark clouds kept rolling in and we kept on eye on them as we scampered around in the waves, snatching up shells.   We were finding some good stuff when the skies opened up and we quickly got drenched in the down pour.  We had to run a mile back down the beach through the pouring rain to get to our car and then drive back to Sanibel all soaking wet.  The skies cleared up just as we reached our hotel - doesn't that look pretty? 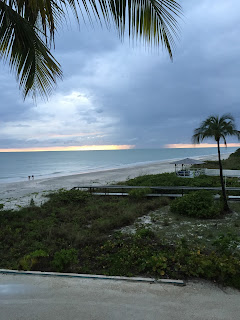 This is so not pretty - I was a drowned mess.  But it was a fun evening anyway. 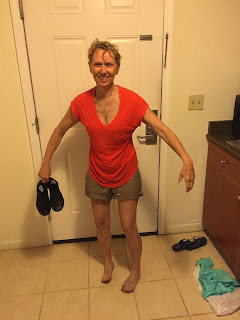 We had stopped at The Bubble Room before hitting the beach and picked up a piece of their Orange Crunch Cake for a late night dessert.  How good does this look??? 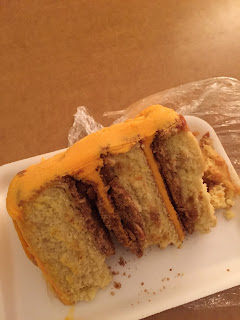 Don't forget about my amazing Rigoni de Asiago's Nocciolata Giveaway!   You have to go back to the original post to leave a comment in order to enter.  Entries are open until next Monday, so go HERE to leave a comment to enter.
Posted by Kim@Snug Harbor at 12:00 AM