Did you look at my blog post title and wonder what the heck I was talking about?   That's the name of a geocache that we did last weekend. 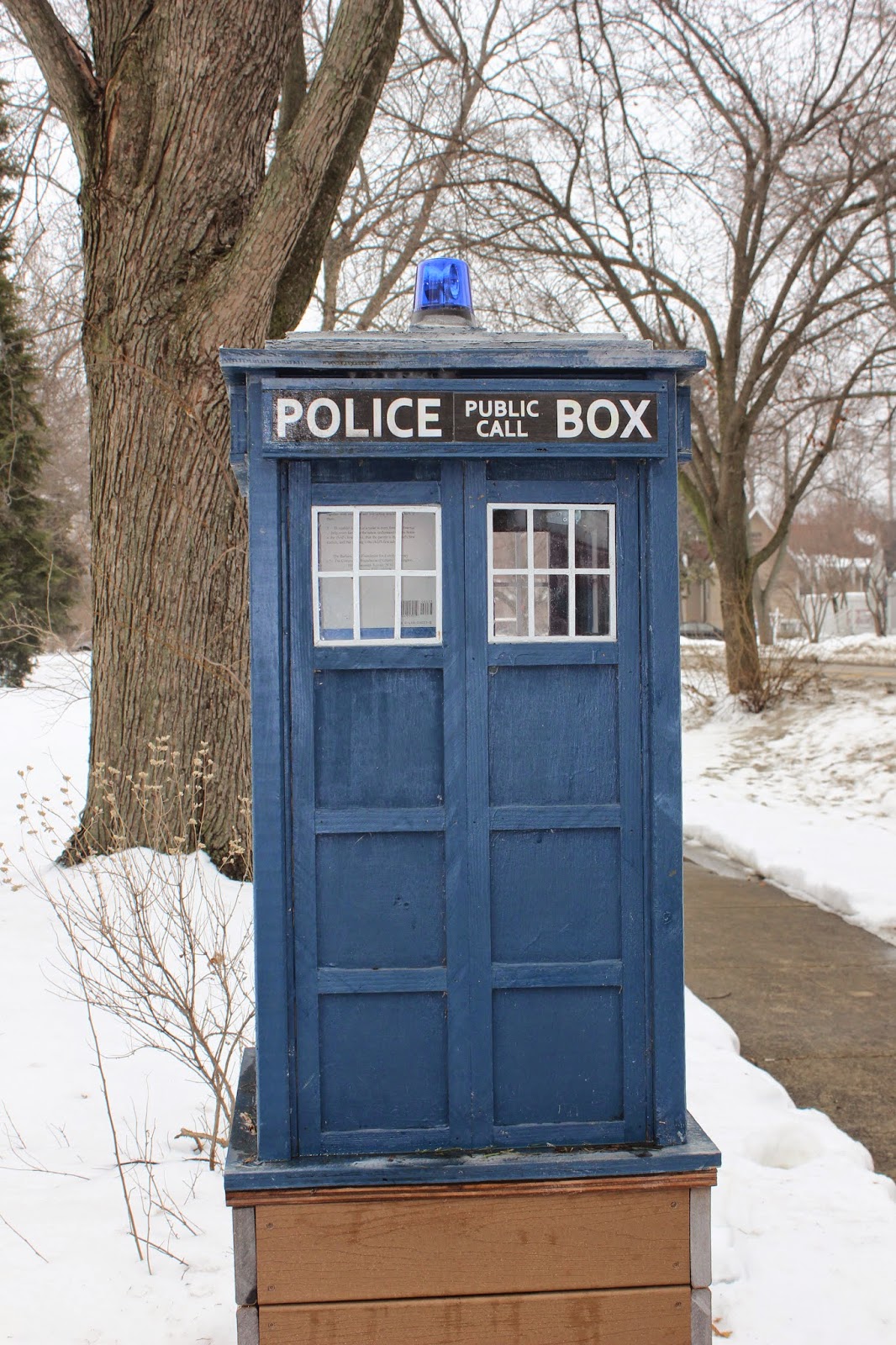 I originally heard about this cache from my friend Dave, who writes over at "Only Googlebot Reads This Blog."  Dave lives in North Carolina and he took his family on a roadtrip last spring on their way to a geocaching event in Missouri.  They made a grand event out of their trip, and Dave did a series of blog posts about their stops along the way.  You can read about this cache here.  They ended up caching not far from where I live.  How wild is that?  I wish I would have been in town when they were here so we could have met up.  Anyway, they did this cache that sounded cute, so I bookmarked it and we finally got around to doing it.  It was a really nicely constructed geocache.  I could tell that a lot of work and thought went into it. 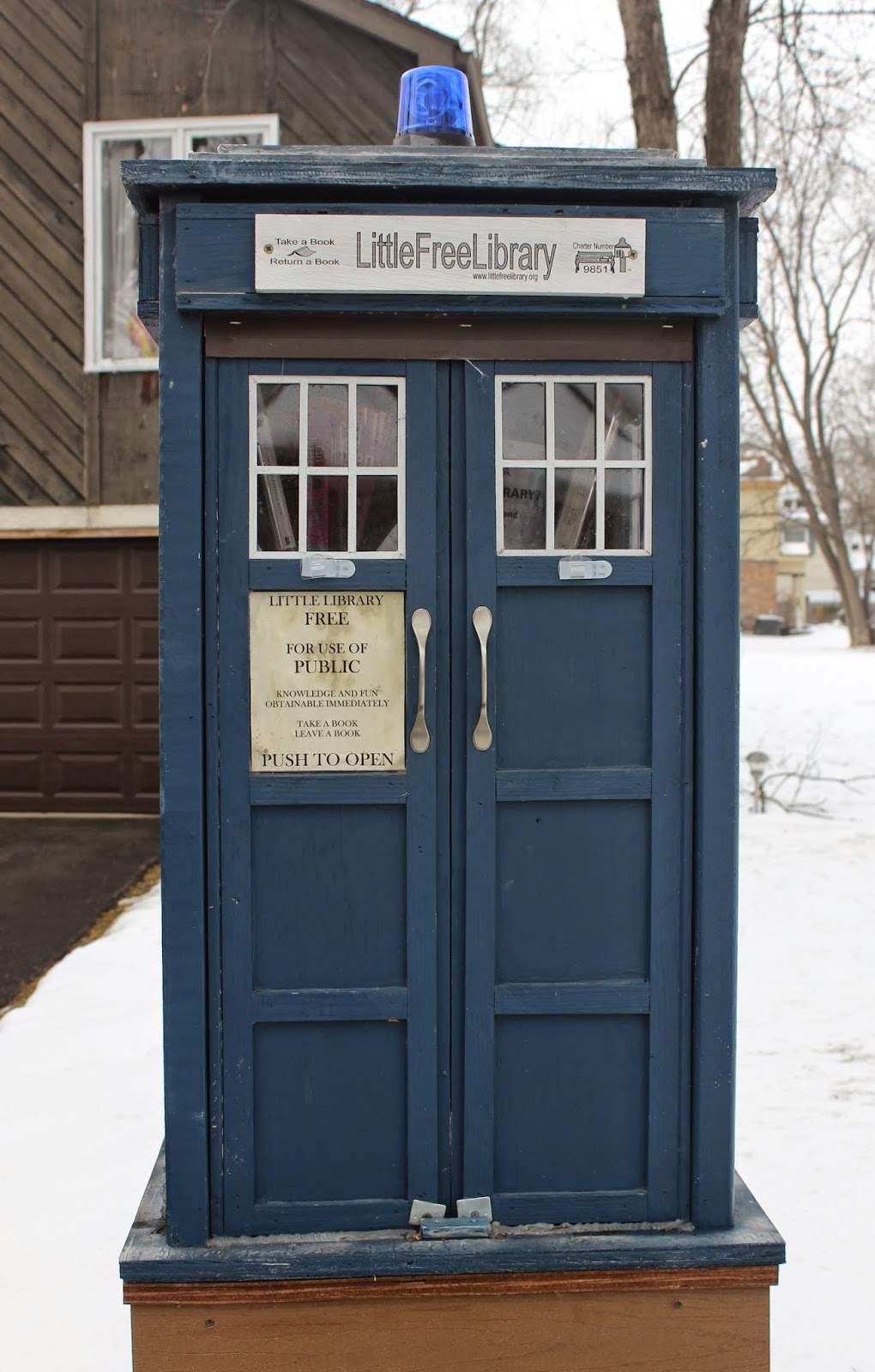 The cache is in a residential neighborhood in front of the cache owners house.  It resembles a Police call box and when you open the doors, its actually a little free library that anyone can use.  Feel free to stop by and trade a book.  Isn't that cute?  The geocache is hidden in a secret compartment.  I won't tell you where.... 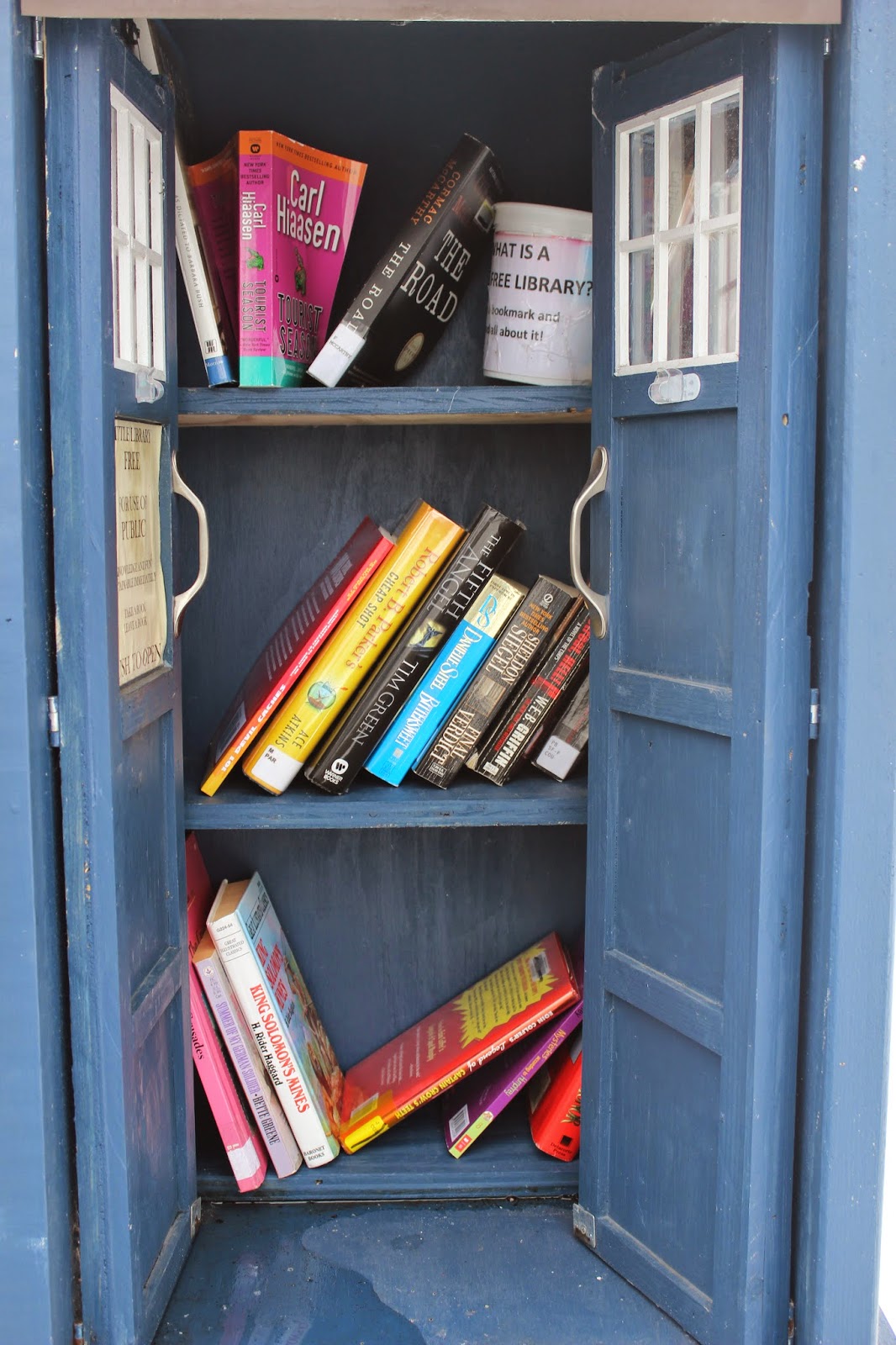 I left a geocache themed book.  I received "101 Devil Caches" in order to do a book review.  I enjoyed reading about all the great geocache ideas and decided to share the wealth.  I dropped off the book with instructions for the next geocacher to read it and create a geocache based on the book, and then pass the book on to someone else to do the same. 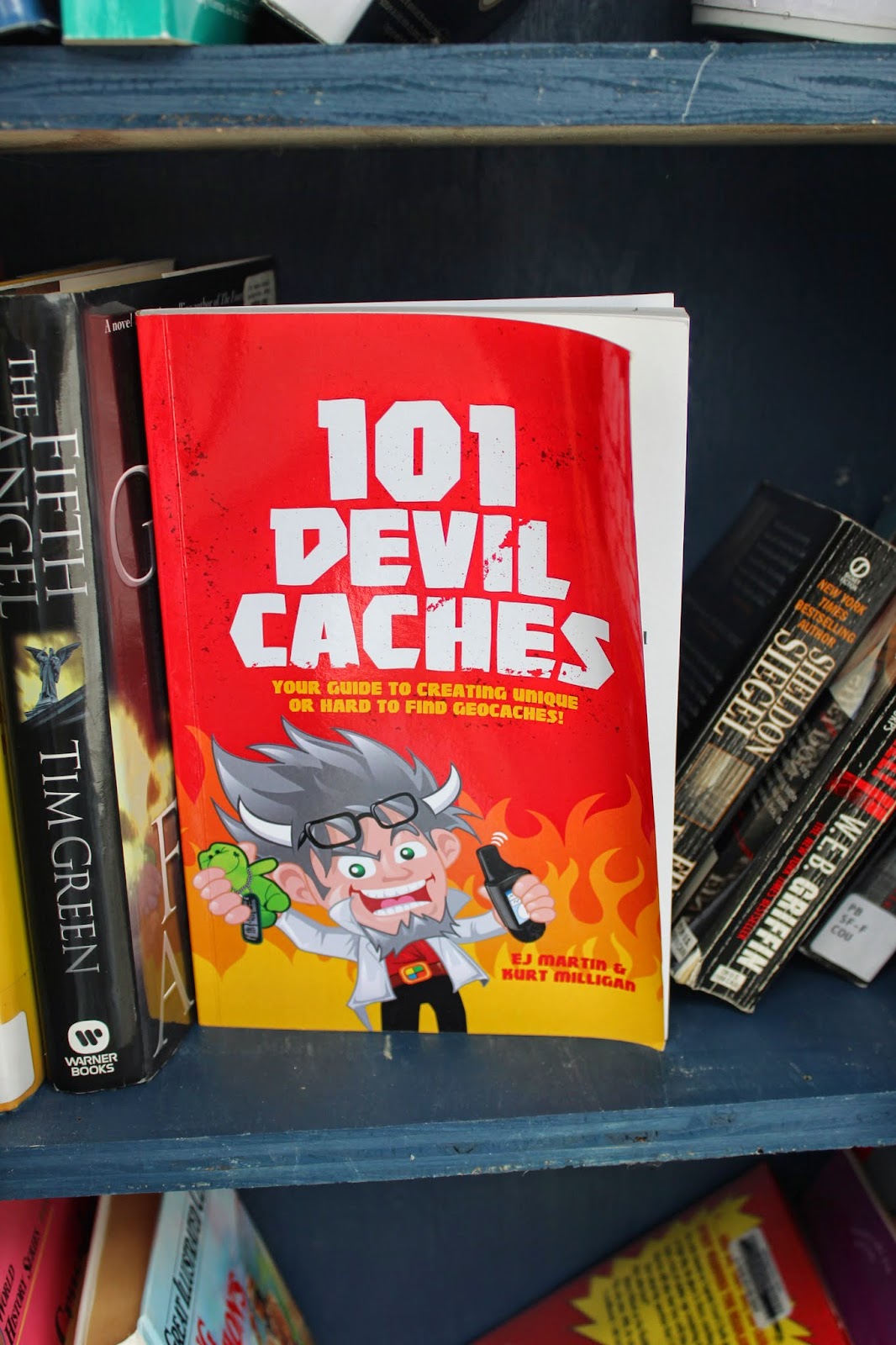 I hope it inspires geocachers to go a little above and beyond to create a special geocache, like this one was.  I liked it so much that I gave it a favorite point.   Geocaches like this are what this game is all about!