When Ham is not a Ham

The other day my husband brought home a most unusual gift from a friend of ours.  It was wrapped in a large garbage bag and weighed about 30 pounds.   When I opened it up, I saw this.... 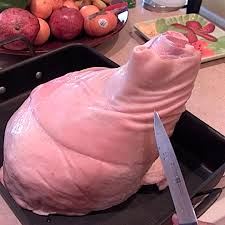 Visions of succulent pineapple/brown sugar baked ham danced around my head like little sugarplum fairies.  I remembered a recipe for baked ham that I recently pinned from my friend Dolly over at Dolly is Cooking.  Take a look at her ham - doesn't this look fantastic? 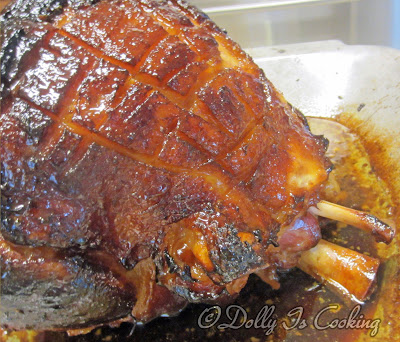 Who wouldn't want a dinner that looked like that?   Since we were leaving the next day to go on a hunting trip in Kentucky and I'd have a bunch of people at the house to feed, I figured this would be the perfect thing to cook up for dinner one night.   So off to Kentucky we went, with our ham nestled in the back seat.
I went to the store and bought pineapple and cloves and a nice large pan, and as I was washing the ham off, it occurred to me that I had no idea of its exact weight, nor did I have a meat thermometer at the lake house.   After looking again at Dolly's recipe and guesstimating the ham at around 30 pounds, I started to panic.  This thing was going to have to cook for like 7 hours.  What was I thinking??  I grabbed a butcher knife and hacked two large chunks of  meat off the sides, wrapped them in saran wrap and stuffed them in the freezer.   Then I had everyone at the house lift what was left of the ham and guess at its weight.  We averaged it out and decided it now weighed about 20 pounds.   Then I started firing off e-mails to Dolly asking her questions about cooking it.  Suddenly I was thinking that this fresh ham baking wasn't such a great idea.  Who was I kidding?  I had no scale to weigh it, so how was I going to guess at how long to cook it and how in the world was I going to know when it was done without a thermometer?  I really felt like an idiot.   But Dolly shot me back some links on cooking times and recipes and assured me I'd be fine.  Apparently Dolly doesn't know what a lousy cook I am in general.
I got up yesterday and tossed that sucker into the oven at 8 in the morning.  By 10:00 am it was starting to smell pretty good.  At 1:00 pm I decided to take the tin foil off of the pan and see what my lovely ham was looking like.  Except when I did, I was shocked and horrified to see that it was not pink and crusted over with a delectable skin.  It did not look anything like Dolly's ham.   Instead, it was brownish grey and it didn't look anything at all like a ham.
I ran to my laptop and started to google uncured fresh ham and discovered that uncured ham is basically a pork roast.  Once my heart stopped pounding through my shirt I took another look at a recipe for uncured ham that Dolly had sent to me -  this one by Paula Deen.  I started to feel better but then began to second guess myself because it was fresh pork and I wanted to be sure it was cooked all the way.  Cripes.  I jumped in the truck and drove all the way to town which is about 15 miles, just to buy a meat thermometer!  When I got home I plunged it into the meat and this is what I saw.  Done, finished, cooked just past the proper internal temperature, and when I cut a slice off, I was amazed at how good it was.  Plus, it was done earlier than I had expected, so I guess it was a good thing I drove to town for that meat thermometer, huh? 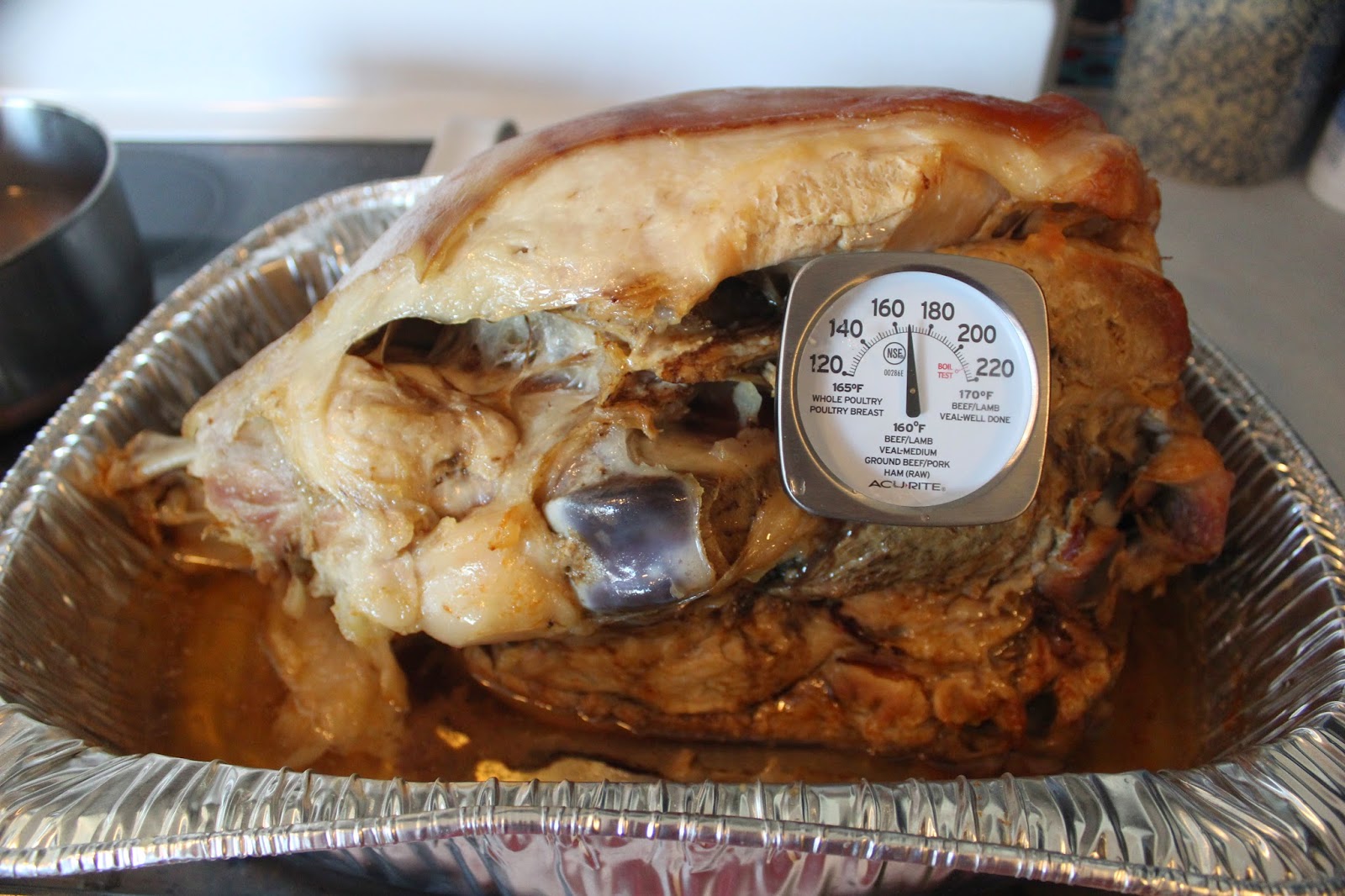 I kept the roast wrapped in foil on the counter and started making side dishes, you know, just in case the roast didn't taste all that great.  First I whipped up 2 types of gravy, because after all, anything tastes good drowned in gravy.... 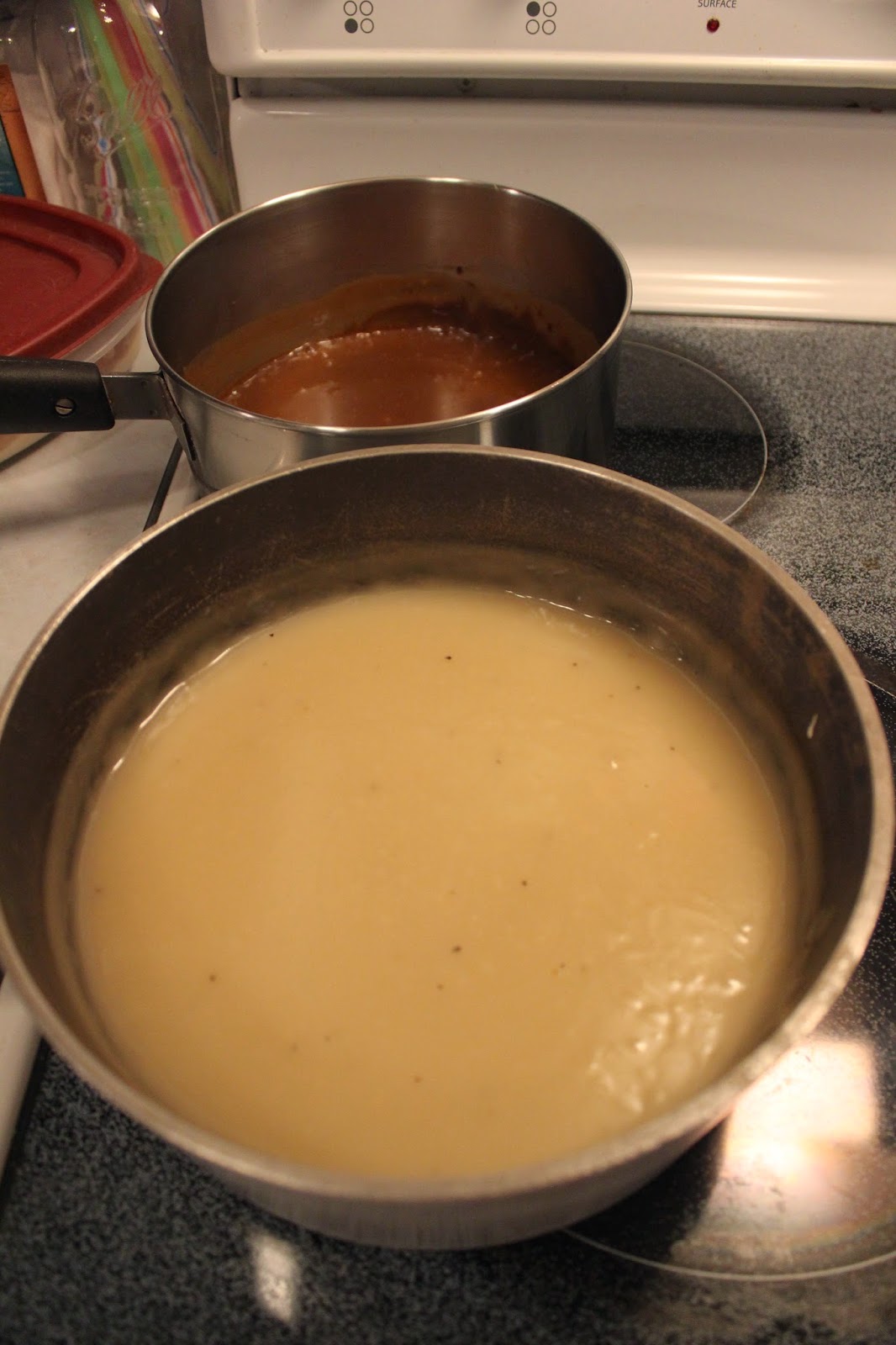 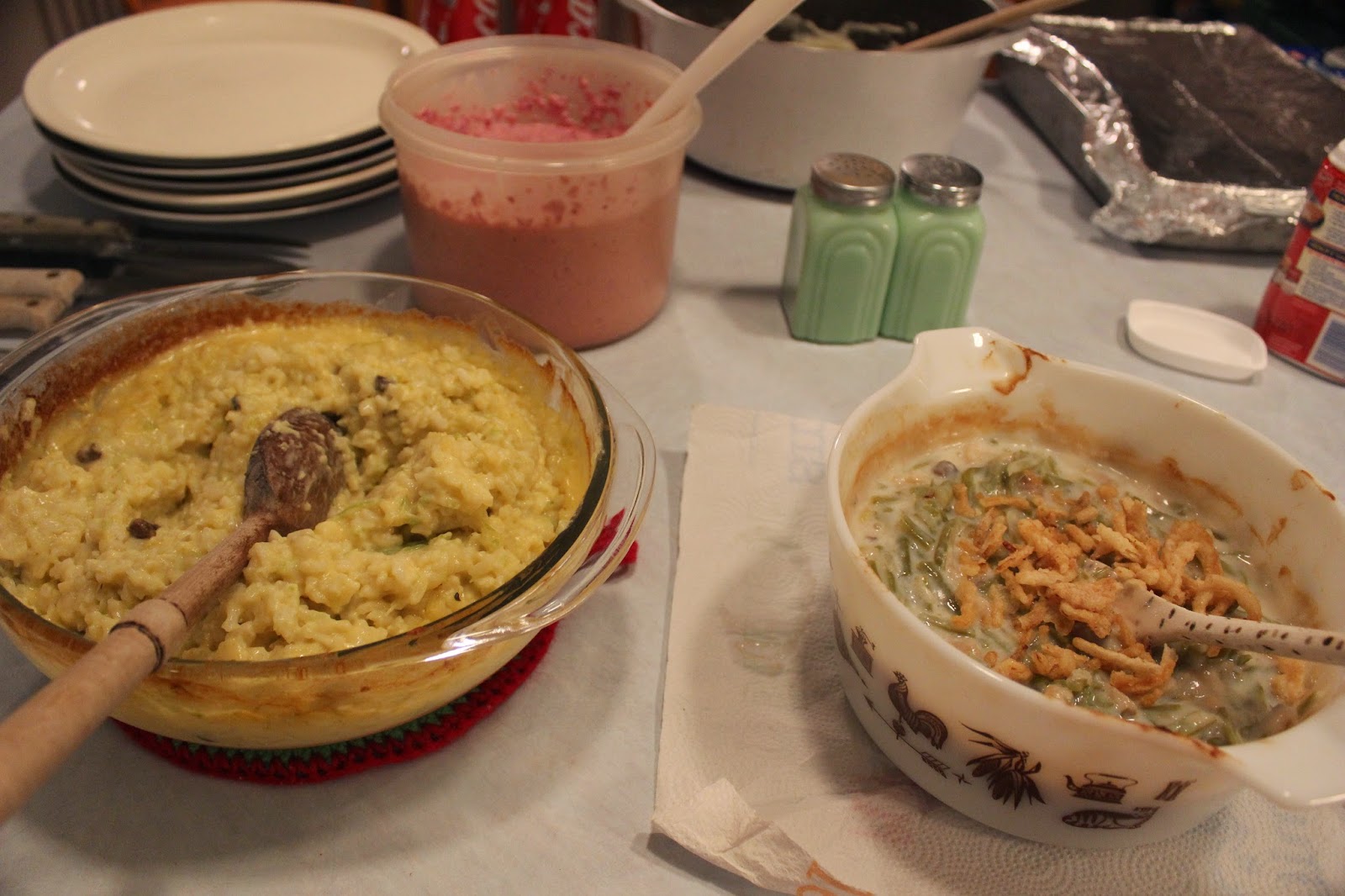 ﻿When the guys finally got home from hunting and Louie sliced up that ham pork roast, we were all pleasantly surprised at how good it was.  I mean, it was fork tender and actually delicious.   And it didn't look too bad either. 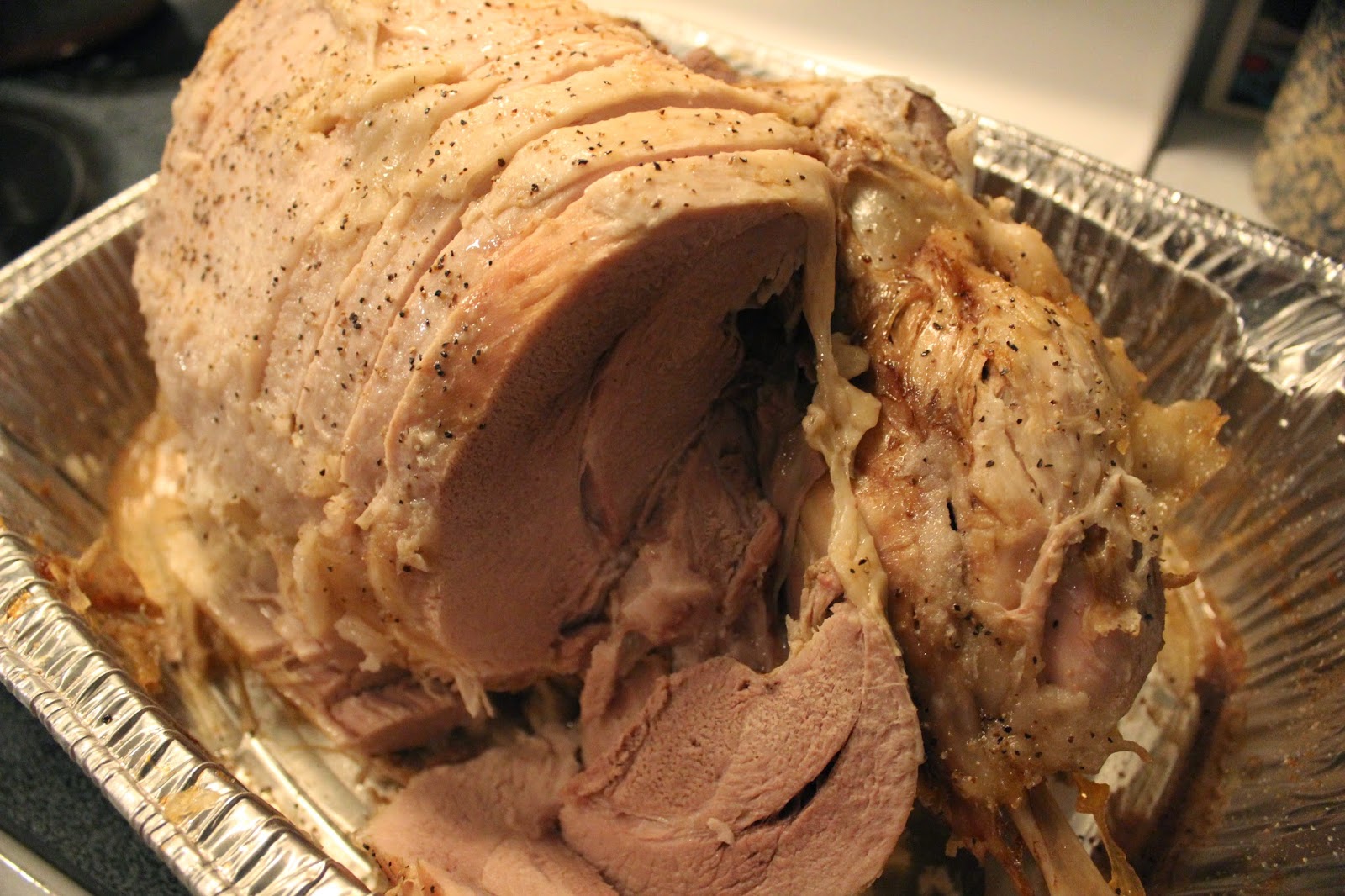 ﻿
(Paula Deen's roast)
We had fried pork with biscuits and eggs this morning and tonight we're going to have barbeque pork sandwiches on hard rolls for dinner.  All's well that ends well.  So that's my story on how a ham is really a pork roast and I learned a lot about ham and pork roast in the last 2 days.  Now I have to go buy a cured, smoked ham so I can use up the pineapple and brown sugar that I bought.  I'm not promising that my ham will look anything like Dolly's though when I'm done.
Linking up with.....
Simple Saturdays # 11-22-14﻿
Posted by Kim@Snug Harbor at 12:00 AM