I don't know about you, but sometimes the ideas I come up with in my head don't turn out the way I'm picturing them - Do you know what I mean?  Case in point...   Over the weekend I bought a couple of wooden cutting boards at an estate sale with lofty repurposing dreams floating around in my head.

I took the 2 boards that I found here and sanded them clean of all the paint.  I especially liked the large round one because it's super heavy and sturdy.  After I washed it really good and let it dry in the sun for a few hours I brought it into the house, excited to start on my project.  It cleaned up nice, didn't it? 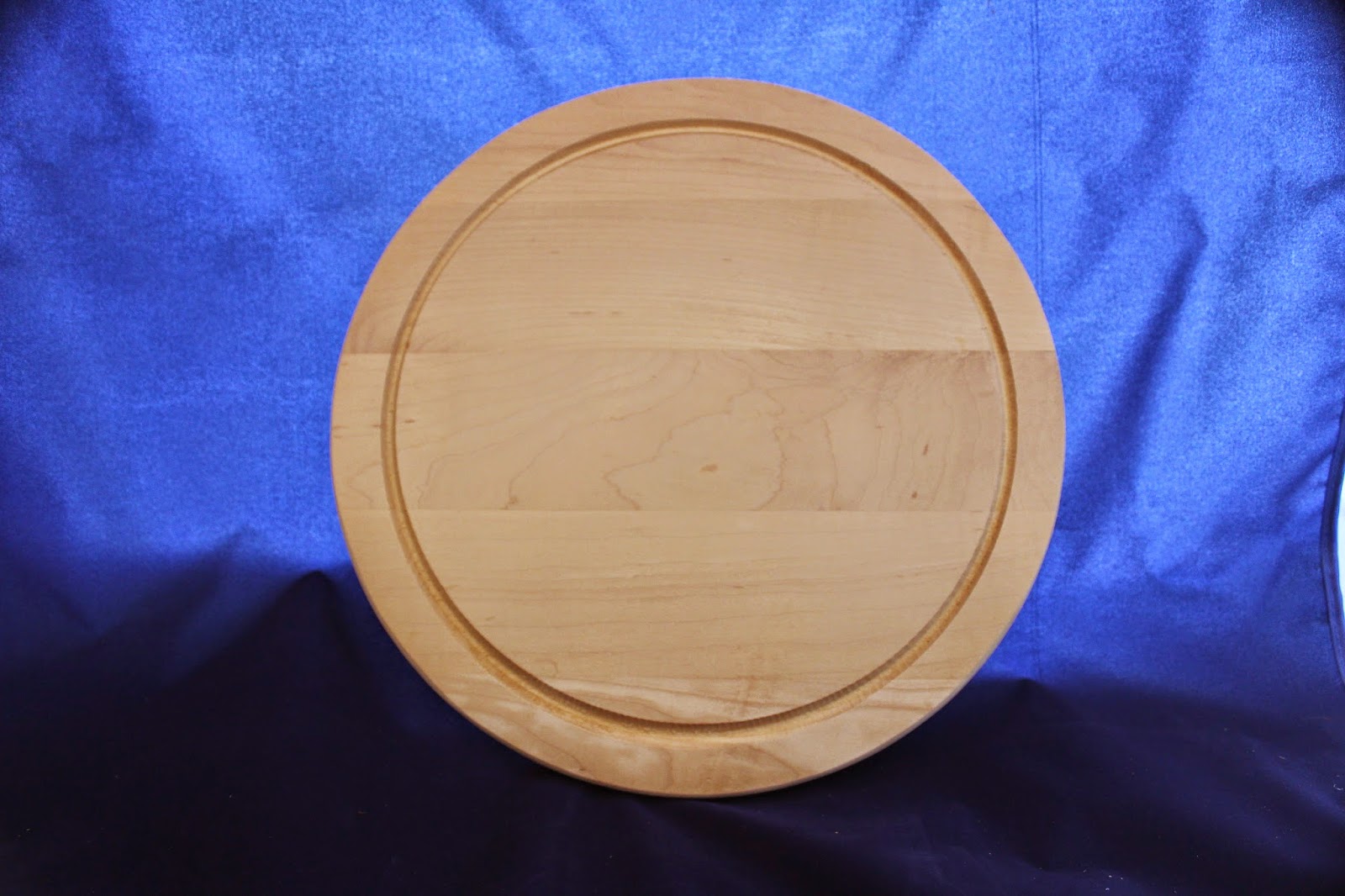 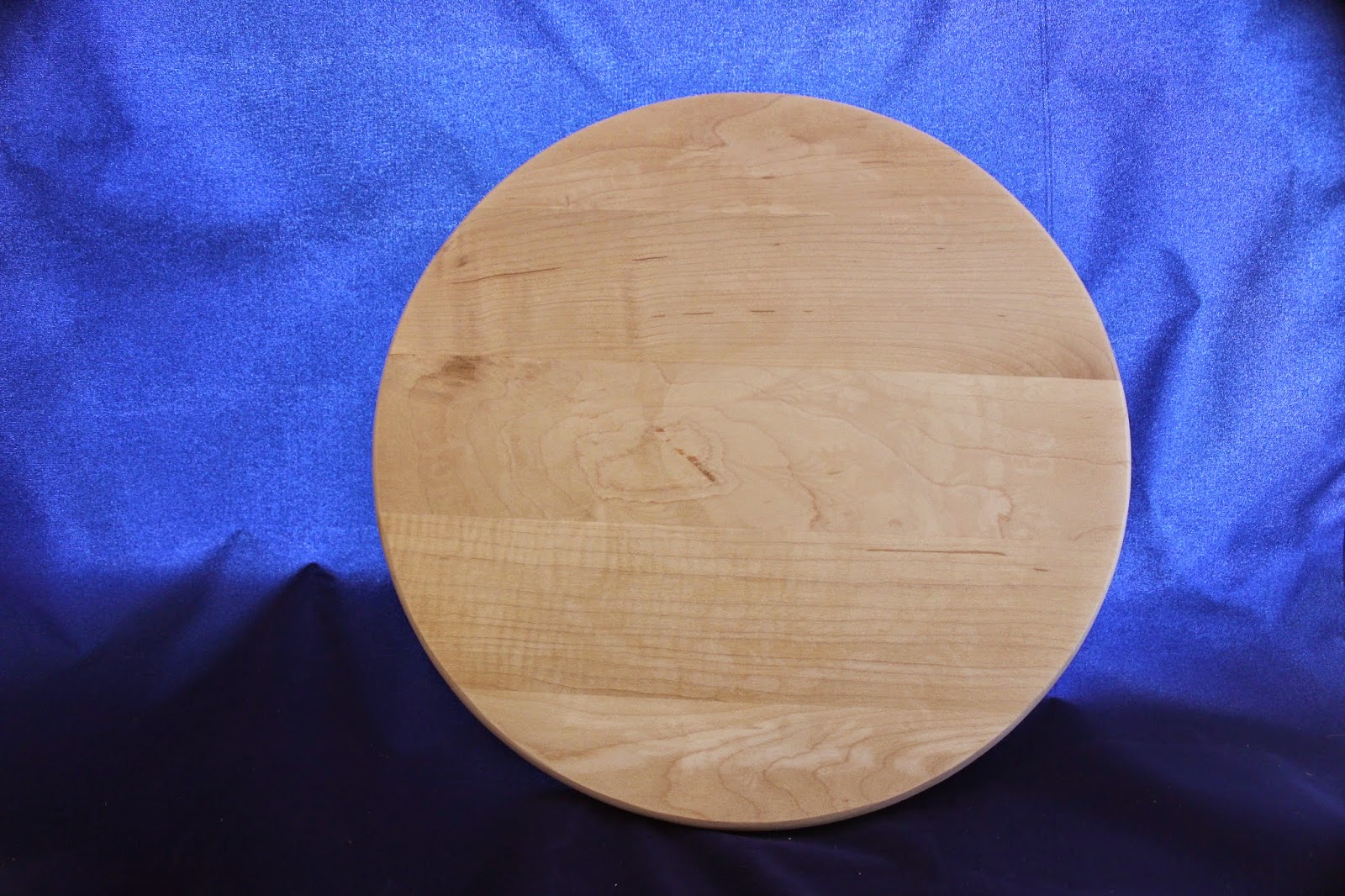 First I grabbed the bacon press that I found a couple of weeks ago at an estate sale.  It's the cutest thing with a pig on it.... 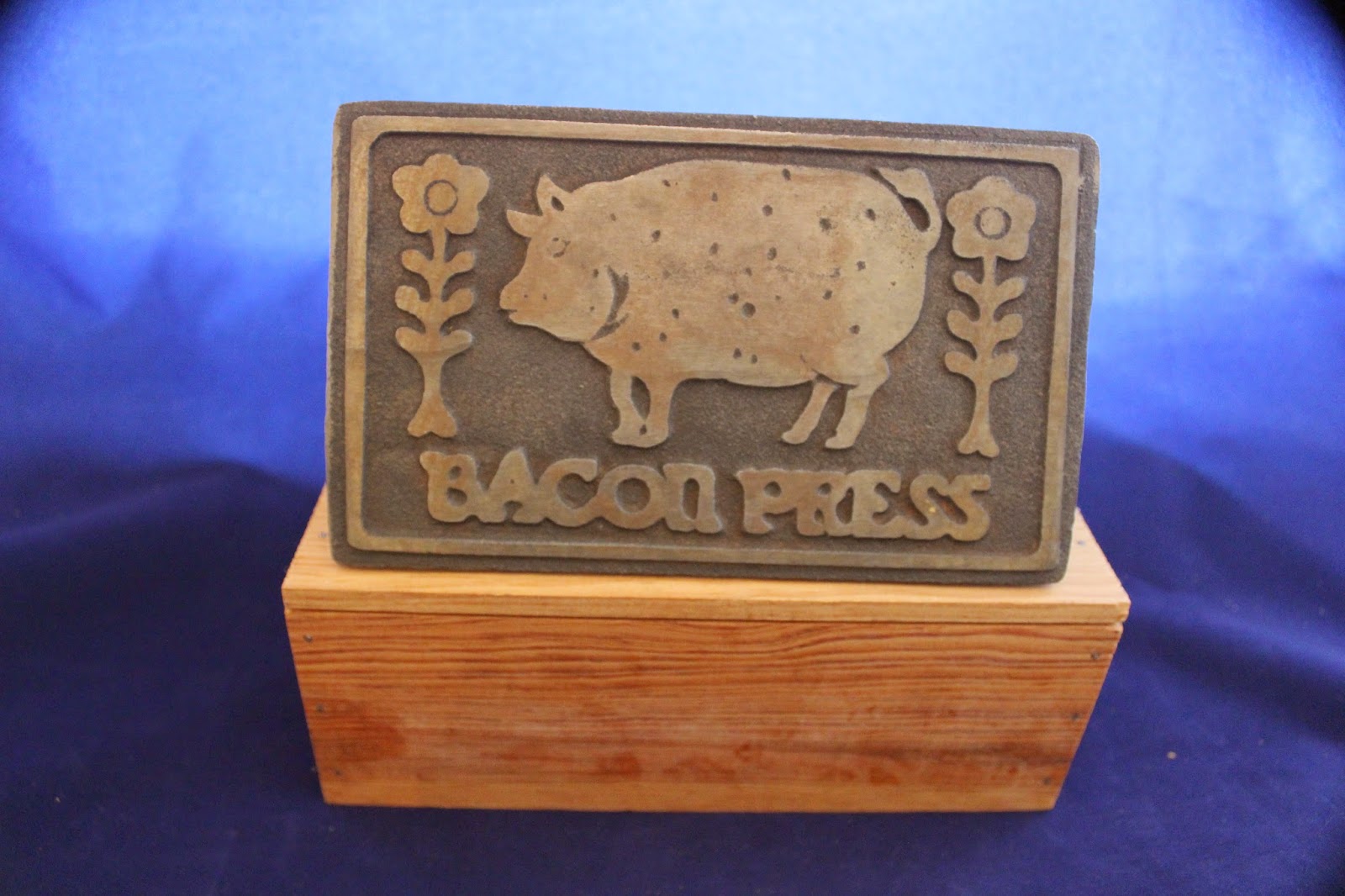 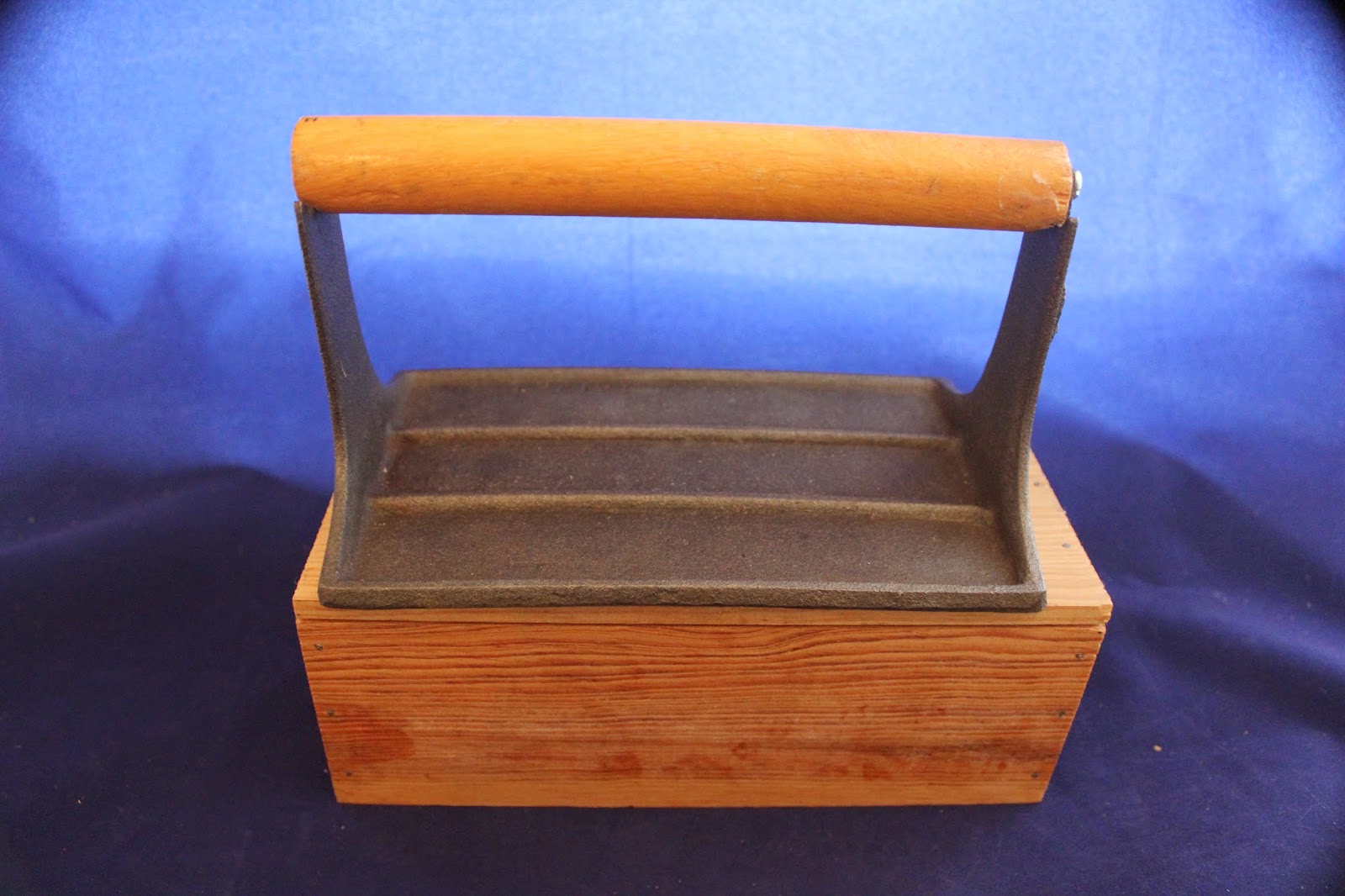 Then I placed it into one of my cast iron pans and cranked up the heat until that baby was smoking.  And no, I was not makin' bacon under there either, altho a BLT sounds good right about now.  Hmmm, crisp apple smoked bacon, juicy ripe tomato, crisp green lettuce on 2 slices of toasted sourdough bread, slathered with mayo.....  Sorry, I digress.  Anyway.... 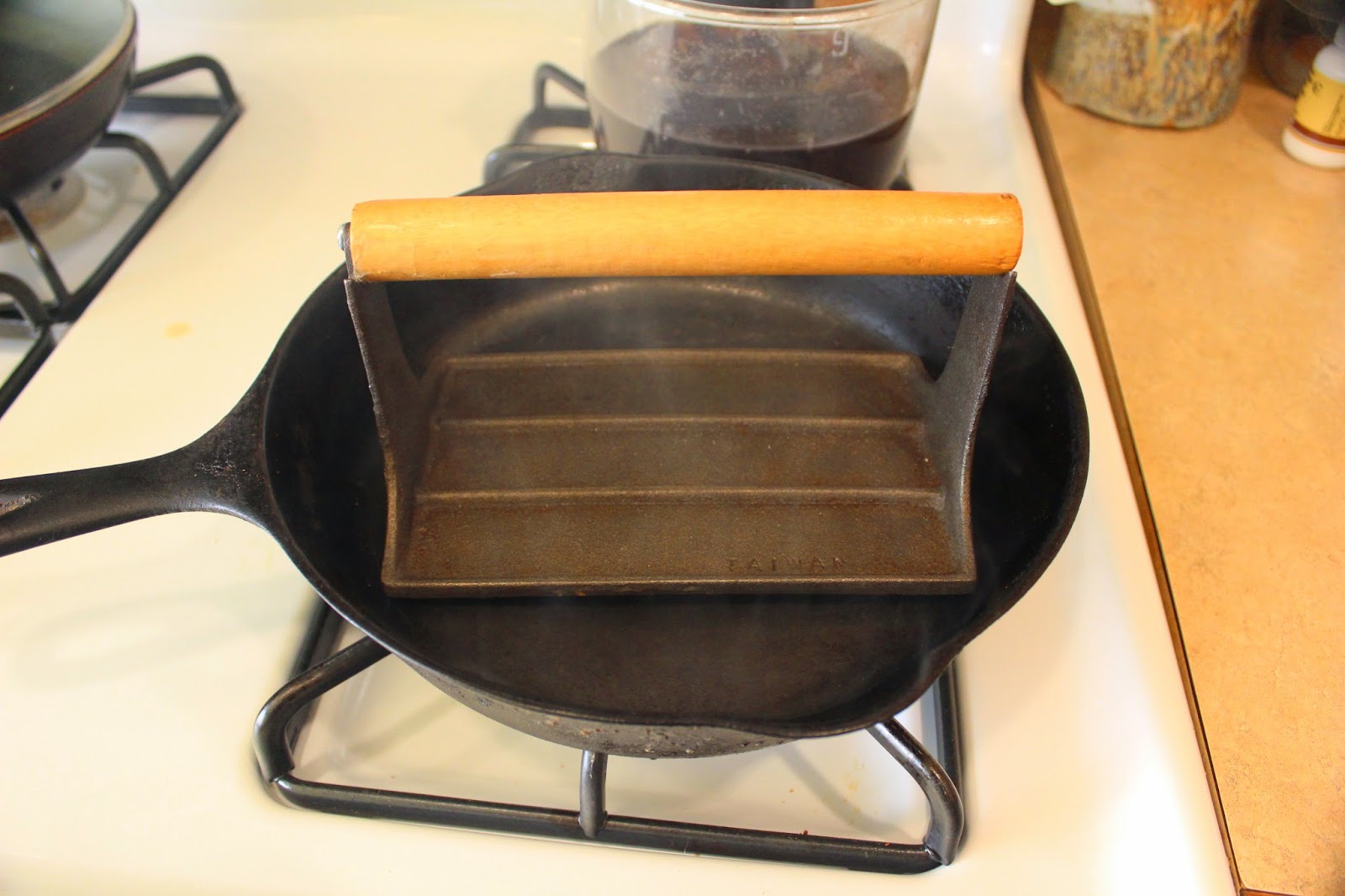 I had the brainy idea that I was going to burn the pig image onto the wooden board using it like a branding iron.  I mean, that would be pretty cool looking, wouldn't it? 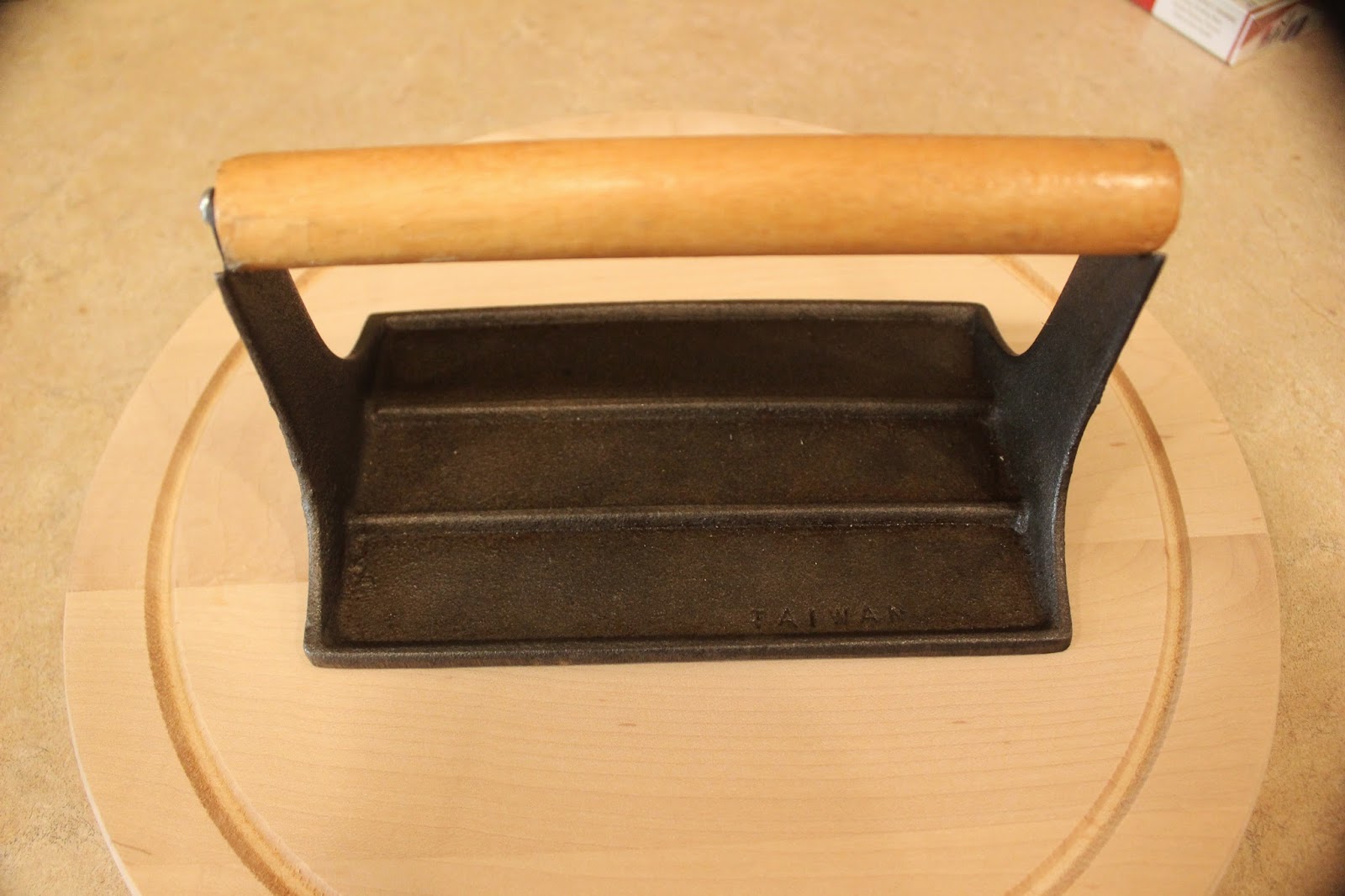 I pushed down on that bacon press with all my strength and then let it sit on the cutting board for about 5 minutes.  My husband kept lurking around in the background, telling me that this wasn't going to work.  He was like a 3 year old because he kept asking me to lift the press and see what happened.  Finally I lifted it, and lo and behold.....  nothing.... nada..... not a single burn mark.  I think my husband may have smirked.

I was not to be deterred however, so I took the bacon press, placed it directly onto the burner and really fired that thing up.  I mean, the heat was rolling off of it.  Once it was good and hot I put it on top of the cutting board and tried again. 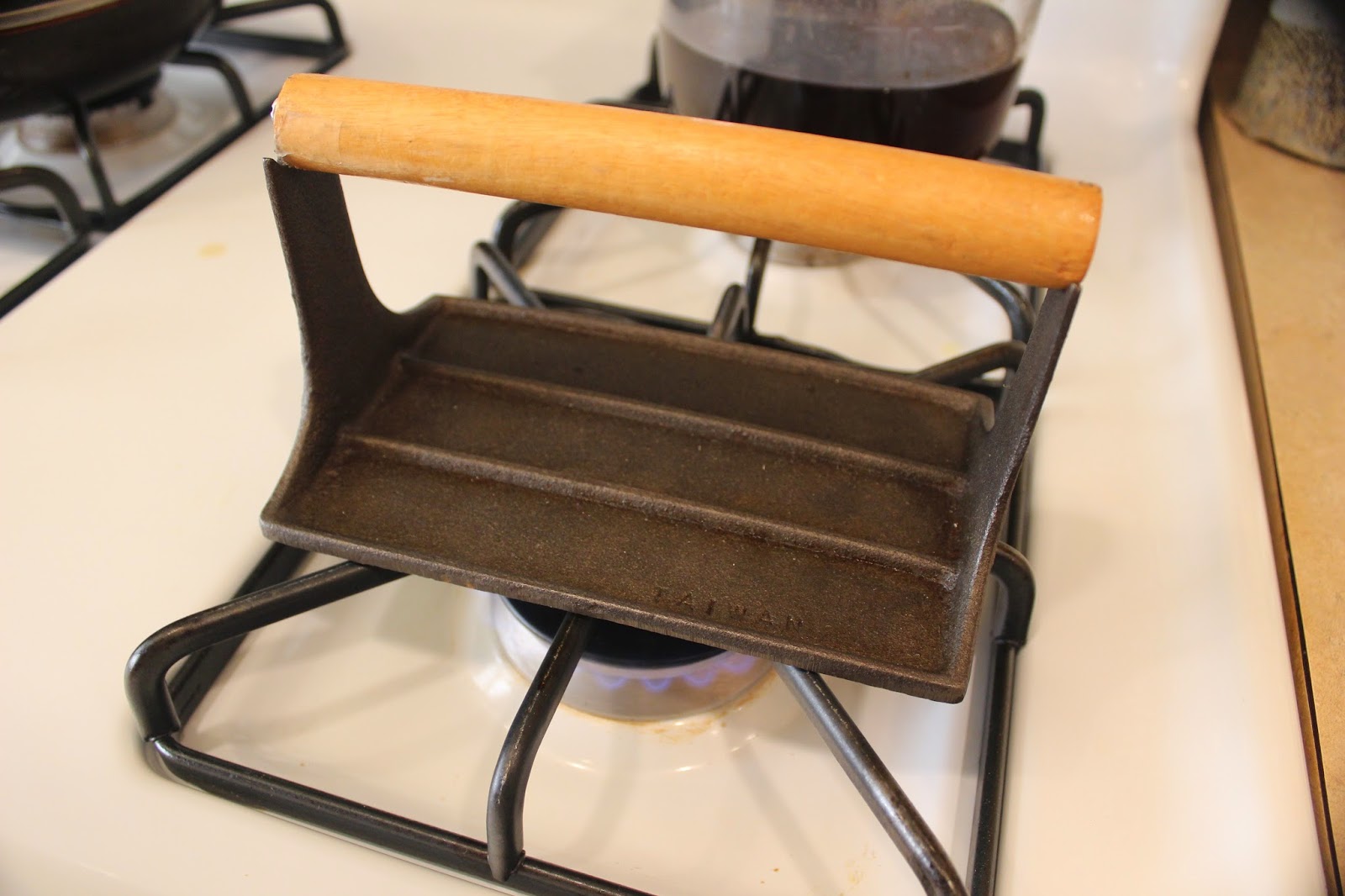 This is what I got for my efforts.  Kind of disappointing, huh?   I think Louie felt bad for me because he came over and showed me how the pig design doesn't protrude out as far as the outer edge of the bacon press does, and it was preventing it from making good contact on the board.  I really, really hate it when he's right. 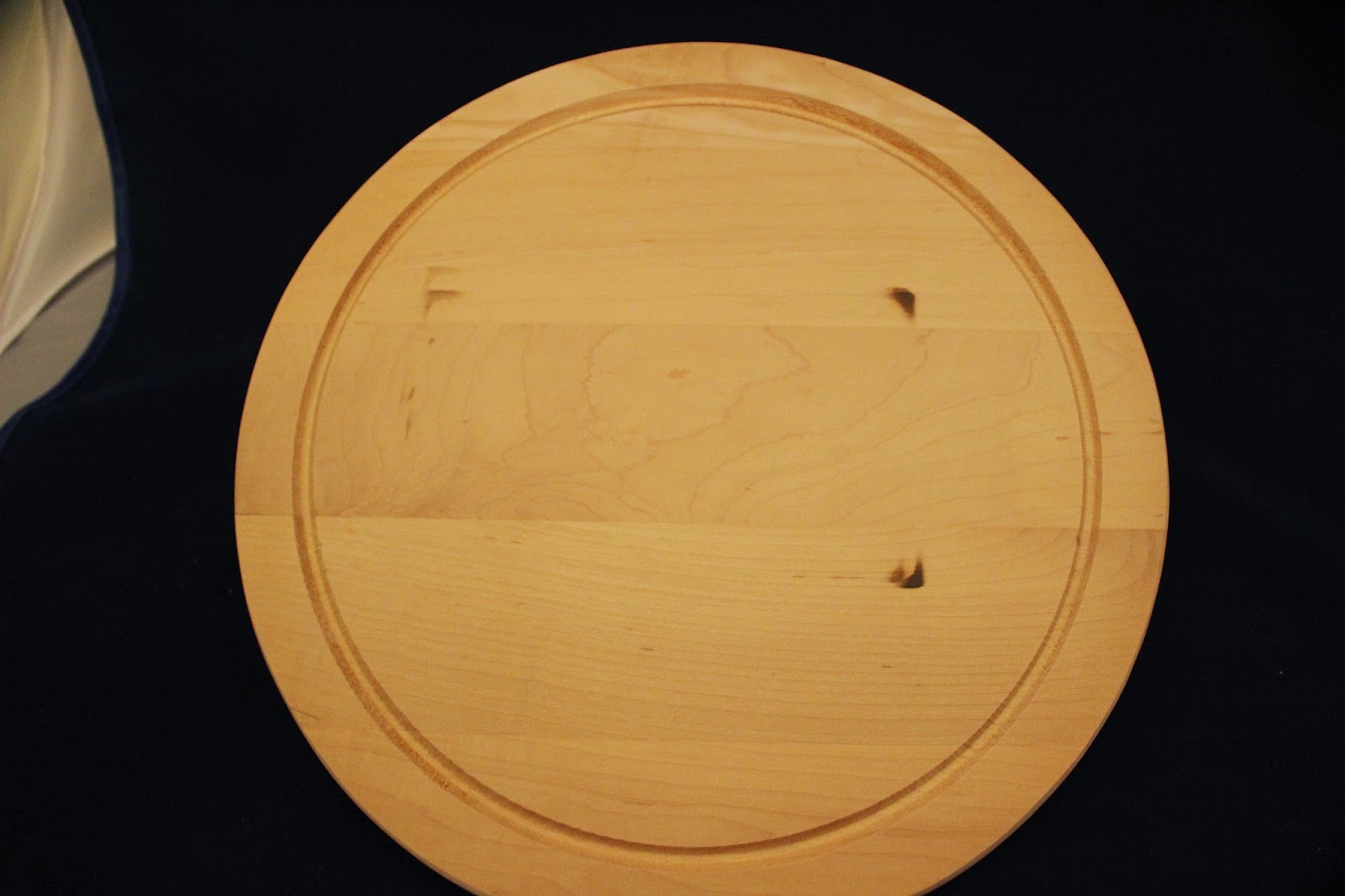 So that's my latest repurposed failure and I'm back to square one.  I still want that piggy design on that board.  I'm headed over to go search Pinterest to find a way to transfer the design and then maybe I can just burn it with my wood burning tool.  I'm thinking maybe with wax paper and a pencil.  I don't know.  If you know how to transfer stuff like that, give me a tip, would ya?

What ideas have you had that didn't work out?