A Gift from Cris


Today I got a special gift that was sent to me all the way from Spain.   Meet my friend Cris, from Here and There and Everywhere. 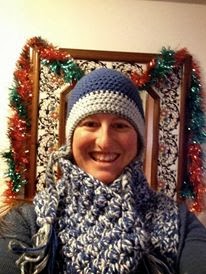 Cris was giving  me a lesson on Christmas customs of Spain and she said that they have 3 things:  a Belen (nativity), cava (champagne) and turron (the candy).

First, she sent me 2 boxes of el lobo Turron candy, which is a specialty of Alicante, Spain.  I asked her about the name, because I knew that el lobo meant wolf.   She gave me this great explanation and history of the candy - You're right, "el lobo" means the wolf!  Doesn't mean anything in terms of turrón though, it's one of many brands that can be found here (but it is one I frequently get). More important is the fact that it's the real mcCoy, at least "legally speaking", as it's one of the brands that's still made here in nearby Jijona (there's a turrón museum there I have to visit some day). It's a typical sweet from the cities of Alicante (the hard stuff) and Jijona (the soft stuff, that became popular throughout Spain who knows how long ago, and now a lot of the production is done by big sweets companies elsewhere in the country. But only the stuff made here gets the label and can be called "Turrón de Jijona" or "Turrón de Alicante". Although in common terminology most people just refer to it as turrón duro (hard) and turrón bland (soft). Both are made from the same ingredients - almonds and honey - it's just in one the almonds have been crushed!


Turrón is the MUST HAVE dessert after all the meals during the Christmas holiday period. My mom always said it didn't feel like Christmas if there wasn't any turrón, even if she just ate a few pieces!
So here's what it looks like and let me tell you - it's really good!  I've only eaten the hard one so far, but it reminds me a lot of peanut brittle, which I love anyway, so this is fab! 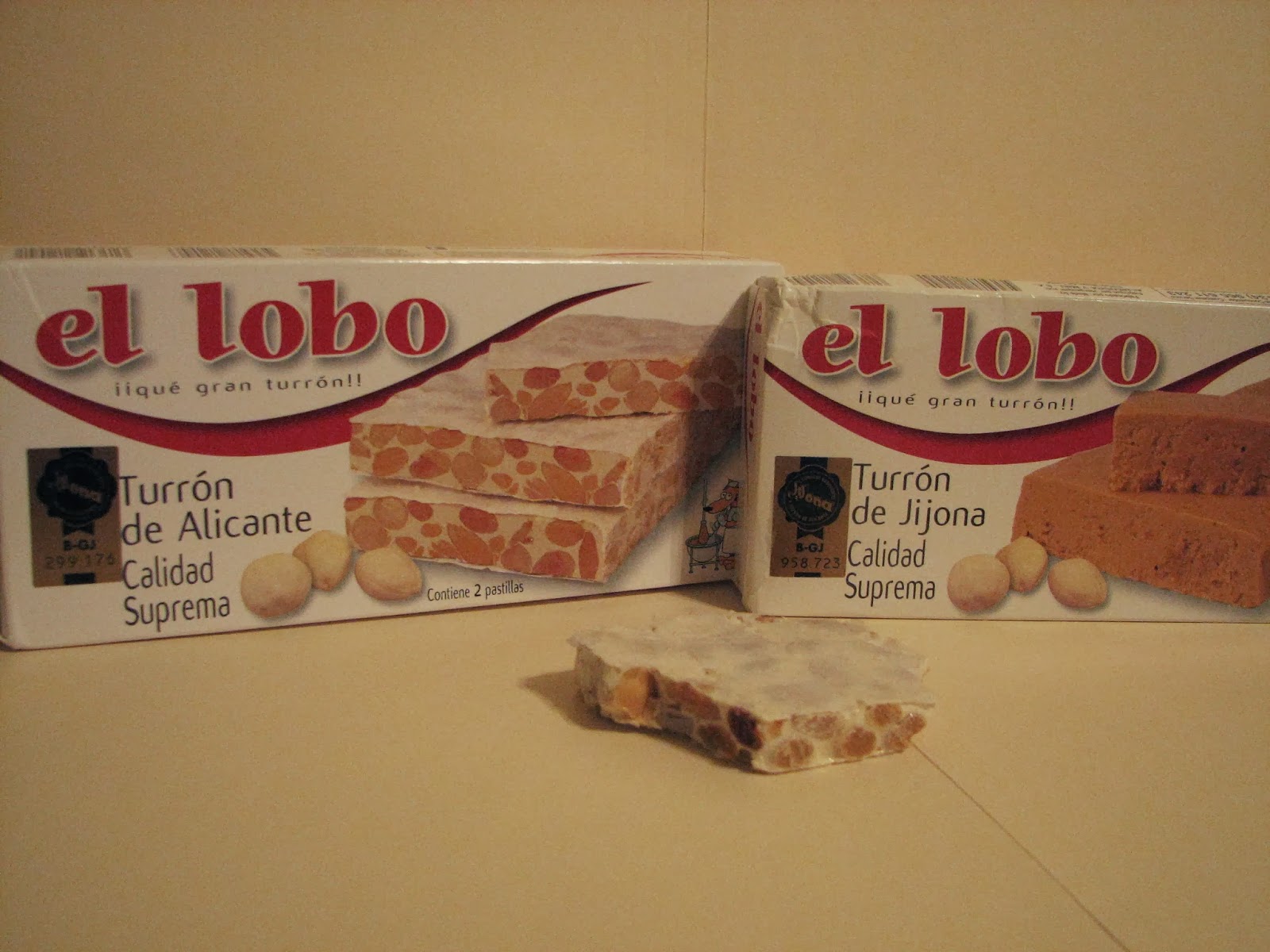 Cris told me I was on my own as far as the champagne went.  LOL!

And finally she sent me this adorable thimble with a nativity scene on it. She said she purchased it for me when she was in Granada last year and was saving it to send to me for Christmas. 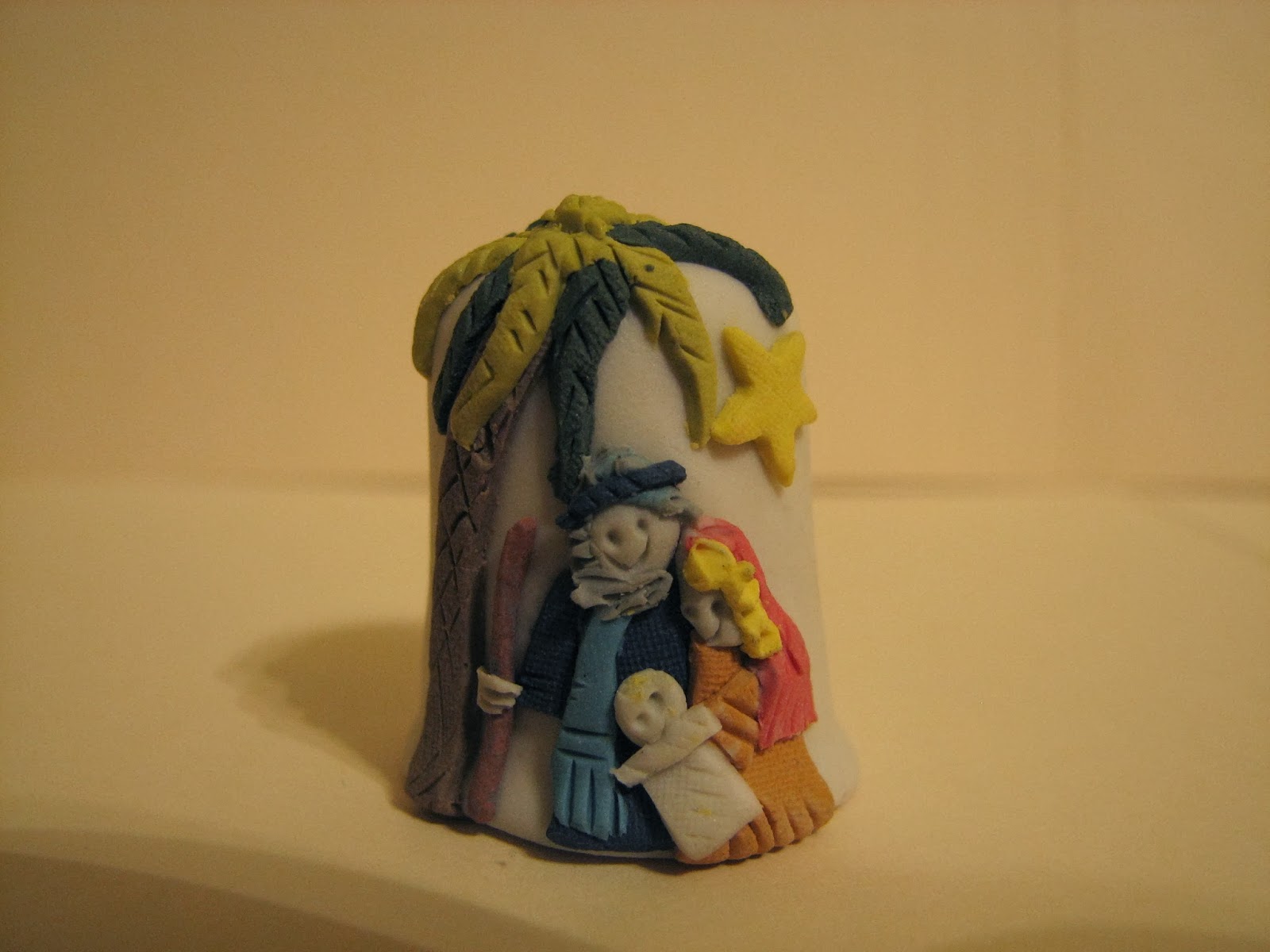 The thimble is so pretty and delicate.  I have it on my book shelf where I can admire it.

Be sure to visit the post that Cris wrote where she explains about the custom of Kings Day in Spain.  In it she tells the story of the 3 Kings, their journey to Bethlehem, and what they have to do with the Belen.  For more on this subject, read Cris' post here.

Cris - thank you again for such a lovely and thoughtful gift.  It was so much fun to get an unexpected present from half way around the world.