Book Review - 1001 TV Shows You Must Watch Before You Die

1001 TV Shows You Must Watch Before You Die by Paul Condon, Universe Publishing, 2015 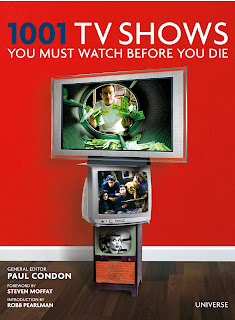 1001 TV Shows You Must Watch Before You Die was just released in hard cover and contains 960 pages with 800 wonderful color and black and white photographs.

The invention of television brought the world into our homes in a way few people envisioned.  Comedy and tragedy, news, world events, sports, drama, game shows - you name it, we have the world at our fingertips with the touch of a remote control.  Covering television from the 1950's to present day, 1001 TV Shows You Must Watch Before You Die  reflects the evolution of  television programming almost from day one. 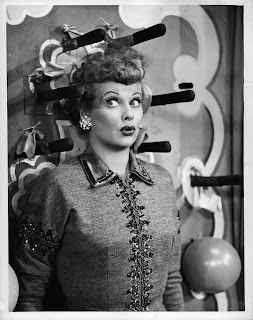 The book is broken down by decades beginning with The Ed Sullivan Show which ran from 1948 - 1971.  The accompanying photo is of Ed holding a guitar and standing with one of the most iconic bands of all time - The Beatles.  I'm old enough to remember sitting at my aunts house and watching the show when The Beatles made their appearance in 1964.  And that right there is one of the reasons why I enjoyed this book so much - the reminiscing factor.   As I read through the pages I was surprised that many of the television shows made me remember exactly where I was and with whom when I originally watched those old shows.

The very first soap opera I ever watched was Dark Shadows in the mid 1960's.  I was glued to the TV set for half an hour every afternoon all summer long and during the school year I'd literally run home from school hoping to arrive in time to catch at least the last 10 minutes of each days episode.  I guess you could say I was hooked!  Who remembers The Carol Burnett Show and the hilarious Gone with the Wind sketch?   Now that was golden comedy and paved the way for groundbreaking shows like Saturday Night Live, which began in 1975 and still runs today. 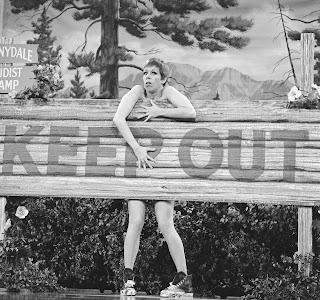 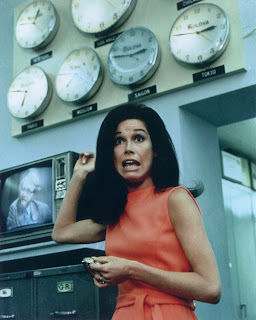 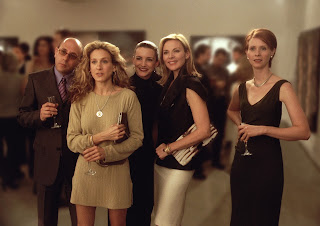 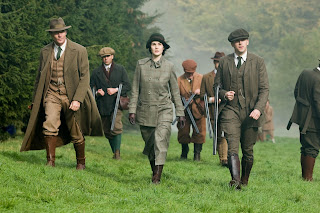 The development of the television mini -series brought us epic tales such as Roots, The Pacific, The Hatfields and McCoys, and Band of Brothers.  Stories such as these, based on history, appealed to the masses and opened our eyes to real life and past events in a way we could not have imagined.

Television has influenced us all and you'll enjoy reading about the shows that brought us sayings such as
1001 TV Shows You Must Watch Before You Die  also features television shows from around the globe, not only from the United States.  I'll admit that I haven't heard of a majority of them but that doesn't mean that they weren't significant in some way.

This is a book that has something for everyone.  Television buffs will enjoy it immensely.  Another thing that I really liked about it is that it brought to my attention many shows that I've never seen before and now I want to watch them - Arrested Development, Breaking Bad, and The Good Wife are at the top of that list for me. 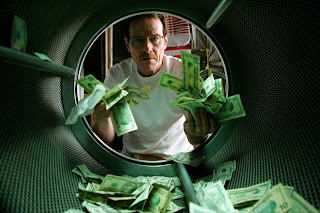 And that's the beauty of this book - it easily introduces a wealth of excellent television to generations of people who are younger and probably missed a majority of these ground breaking and entertaining shows.  And for those of us who are a little older, it's fun to read about the television shows of our past and reminisce.  Excuse me while I close my eyes and day dream a little.  Andy Griffith is whistling a tune in the shadows of my mind.

Christmas is right around the corner - pick up a copy of 1001 TV Shows You Must Watch Before You Die for someone special on your gift list.


(I was given an advance copy of this book in exchange for an honest review.  All opinions are my own.  Images are the property of the publisher and cannot be reproduced without consent.)

Email ThisBlogThis!Share to TwitterShare to FacebookShare to Pinterest
Labels: 1001 TV Shows You Must Watch Before You Die, Rizzoli Publishing, Universe Publishing